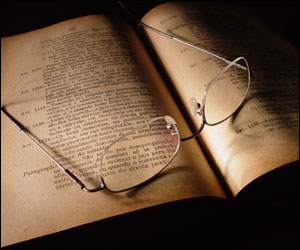 The appropriate standard of review to be applied in investor-state arbitration—as well as in other dispute settlement contexts, for that matter—remains a recurrent and much debated topic.[1] The reason is straightforward: In many cases, the outcome of arbitral proceedings hinges, inter alia, on the intensity with which a tribunal scrutinizes the conduct of the investment’s host state that is alleged to have breached one or more obligations under applicable investment treaty provisions, with a stricter standard of review tending to benefit the investor and a more lenient or permissive standard advantaging the respondent state. The standard of review issue has become all the more salient in light of what has been called alternatively the “public law challenge”[2] and the “quest for policy space,”[3] that is, the concern that investor-state arbitration increasingly intrudes upon states’ ability to exercise fully, and as needed, legitimate regulatory government functions, and is becoming more akin to public law litigation, rather than private-law-based commercial arbitration.[4]

Elsewhere, I have argued, jointly with William Burke-White[5] and alone,[6] that properly designed standards of review can enhance the legitimacy of investor-state arbitration (including genuinely democratic legitimacy), especially when it comes to public-law-type disputes, and may thus be able to mitigate some elements of the frequently asserted “legitimacy crisis”[7] of, and “backlash”[8] against, investment arbitration. In any event, investor-state arbitration, like other governance arrangements, ultimately needs to be empirically seen as legitimate by both sides to the disputes to assure its institutional survival and maintain compliance, not only from an abstract normative vantage point. Here I reprise key arguments in favor of a deferential standard of review in appropriate circumstances as one approach to enhance investment arbitration’s normative as well as empirical legitimacy.

The legitimacy-related function of standards of review

Standards of review are almost entirely[9] judicially created instruments that allow the reviewing court or tribunal to adjust the scope, depth, and intensity with which it will review the acts of another (usually governmental) actor, based on considerations of normative appropriateness, technical expertise, politico-cultural proximity, or a mix thereof. In other words, the articulation of standards of review—irrespective yet of their concrete definition—reflect the recognition of the existence of several sites of political and legal decision-making, each of which can lay a claim to legitimate authority in interpreting and applying the relevant legal norm at issue. In the absence of other sites of concurring legitimate authority (whatever the specific claim to legitimacy may be), the standards of review concept would not serve any meaningful purpose, and a particular standard, be it strict scrutiny or good faith review,[10] needs to be justified precisely because it defines the relationship between different sites of legitimate political and legal decision-making from the vantage point of the reviewing court.

It is this function that connects the standards of review question with the concerns about the proper “balance between the public regulatory needs of states, and the private interests of investors.”[11] By defining reasonably deferential standards of review that grant respondent states enough freedom of choice in pursuing public interest policies that they deem necessary, investor-state arbitral tribunals can recognize and protect states’ legitimate regulatory interests without abdicating their judicial supervisory function, nor the protection of investor interests, as the parameters of a given standard of review and the assessment of whether state action meets the specific and/or general threshold requirements under a given provision (e.g., no abuse of right, no arbitrary discrimination etc.) remain subject to judicial control.

What is to be considered a “reasonably deferential” standard of review cannot be defined in the abstract, but needs to emerge (and evolve) over time out of the repeated interactions between tribunals and their users, as it has in other judicial contexts. Examples of changes in judicial policies and approaches as a result of such interactions are abundantly provided, inter alia, by the jurisprudential histories of the Court of Justice of the European Union (CJEU) and the European Court of Human Rights (ECtHR). The ad hoc and decentralized character of investor-state arbitration may make such processes more difficult, but is not an absolute bar to the evolution of a shared and harmonized approach.

Recognizing, in principle, the appropriateness of deferential standards of review does not imply the necessity, much less the suitability, of a general, one-size-fits-all standard that would need to be added to the treaty as a whole.[12] What it requires, though, is that tribunals carefully scrutinize the provisions invoked in a given dispute and inquire whether they include substantive terms or concepts that point toward the legitimate role of regulatory action by the respondent state and the latter’s justified expectation to have its decision(s) respected and upheld, as long as it meets certain threshold requirements. In other words, standards of review need to emerge endogenously out of the interpretation of concrete legal texts, not be imposed from the outside. By the same token, depending on the specifics of the text and the issue area it seeks to regulate, the chosen standard of review may range from substantial deference to no deference at all. Such a variable approach has long been pursued by the ECtHR in the context of its margin of appreciation doctrine which provides for different degrees of deference depending on the specific rights and legal provisions at issue.[13] Although not without criticism, I submit that the recognition of the margin of appreciation on the part of respondent states has contributed, not detracted, from the ECtHR’s overall legitimacy.

Indeed, deferential standards of review are also being applied in investment arbitration, albeit inconsistently. For example, it is quite clear in the context of provisions laying down the requirements for permissible expropriations that the identification of the relevant “public purpose”[14] for which such an expropriation may be undertaken deserves deference, in that it is not for the tribunal to replace the state’s assessment of what public purposes should be pursued with its own. As long as the stated purpose is not clearly a mere pretense,[15] tribunals generally accept it, as they do increasingly the good faith exercise of a state’s police powers as non-expropriatory more generally.[16] Similarly, it is difficult to argue that a state’s determinations under a treaty’s non-precluded measure provision as to what measures are necessary to protect its essential security interests or public order should not receive at least some deference; still, a number of tribunals, though not all, have held otherwise, in part because of a dubious mixing of treaty and customary law.[17] (Indeed, to make the expectation of deference clear, the U.S. has rewritten the relevant clause in its two most recent model BITs to make it explicitly self-judging).[18] On the other hand, when it comes to questions of whether there has been unjustified discrimination under national treatment or most-favored nation clauses, there is generally much less reason for deference because the assessment of such discrimination is typically more amenable to “objective” analysis and less subject to justifiable disagreements based on different preferences, values, or expertise.

Investor-state arbitral tribunals are part of a broader multi-level governance arrangement regulating investment flows that includes different institutional sites of legitimate legal and political authority. Carefully designed and justified standards of review enable arbitral tribunals to recognize this embeddedness and the legitimacy of the interpretation and application of investment treaty provisions by respondent states in line with the pursuit of their regulatory objectives. Even if a tribunal comes to the conclusion that in a given legal context a respondent state’s decisions do not deserve any deference, justifying this position while pointing out other contexts in which greater deference would be due will contribute not only to normative, but also the empirical legitimacy of the investor-state arbitration system.

Andreas von Staden is Assistant Professor of International Organization at the University of St. Gallen where he teaches, inter alia, Public International Law and European Law, and conducts research on the various ways in which law and politics interact in global governance. He can be reached at [email protected].

[9]     The prominent exception in international law is Article 17.6 of the WTO Anti-Dumping Agreement whose explicit standards of review are, however, partly phrased in an ultimately self-defeating manner; see Steven P. Croley & John H. Jackson, WTO Dispute Procedures, Standard of Review, and Deference to National Governments, 90 Am. J.Int’l L. 193, 200-201 (1996).