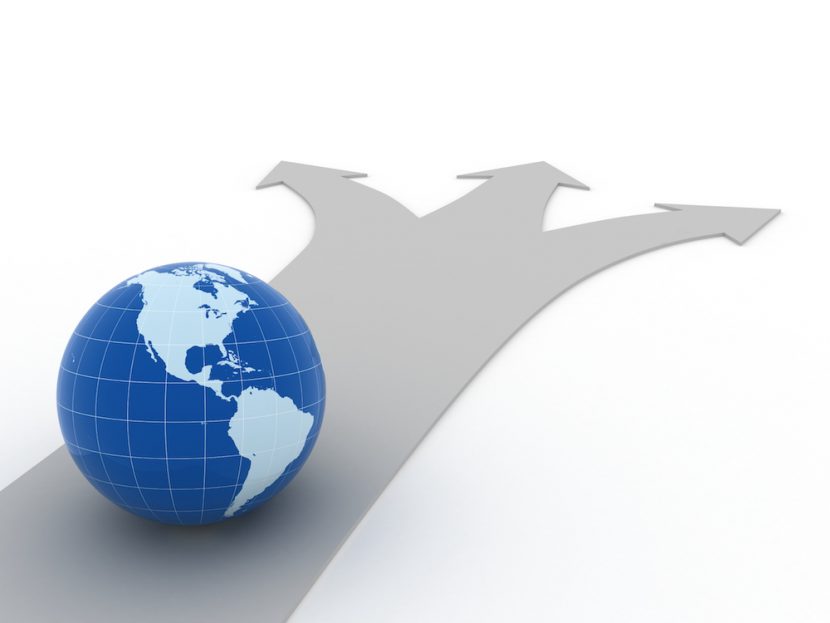 The international investment regime (IIR) has been in crisis since it attracted the attention of the international community in the early 2000s. This crisis began with awards like Metalclad v. Mexico and TECMED v. Mexico, where tribunals promoted the stability of the legal and business framework while seriously constraining the policy space of host states. This brought about lots of criticism from academics and NGOs, and even from some insiders like Jan Paulsson, a prominent arbitrator, in his expert opinion before the Annulment Committee in MTD v. Chile.[1] Subsequent awards responded to this criticism by adjusting the interpretation of some treaty standards, such as the fair and equitable treatment, and awards like Saluka v. Czech Republic became a landmark in investment arbitration as a result.[2] At the same time, states like the United States and Canada updated their treaty models to reflect similar concerns with the awards of the early 2000s. José Alvarez described this reaction by states to the legitimacy crisis of the IIR as “recalibration.”[3] For many countries, however, this recalibration was not enough. Not only leftist countries such as Ecuador, Bolivia and Venezuela, but also Australia and South Africa began reconsidering their participation in investment arbitration.[4] The big news today is that even Germany—a historical promoter of the IIR—has resisted including investment arbitration in the Transatlantic Trade and Investment Partnership (TTIP), an agreement under negotiation between the European Union and the United States.[5]

The IIR in crisis: an opportunity for change?

The ongoing backlash against the IIR could be an opportunity to improve the governance of foreign investment and multinational corporations (MNCs), and tackle some of the more fundamental criticisms made against the IIR. In 2003, Howard Mann noted that this regime was at a crossroad: it could crystallize as a new form of colonialism or evolve into a new field of global cooperation on development.[6] In practice, there were probably four potential scenarios for the IIR: a) it could evolve towards a universal regime for domestic and foreign investors;[7] b) it could consolidate its neo-colonial features; c) it could become a new field of global cooperation on development; or d) it could simply disappear. Unfortunately, today, we are witnessing a potential resurgence of the asymmetric structure of the IIR, in which economically powerful states impose investment arbitration on other nations in a one-sided manner. While promoting this regime in their relations with less developed countries, these economically powerful states resist investment arbitration whenever they may be in the position of capital importers. This is the position of some European countries or Australia in relation with the United States. This situation does not help to overcome the crisis of the IIR; on the contrary, as Lord Goldsmith noted recently:

the UK and EU would expose themselves to a charge of hypocrisy if they failed seriously to consider the inclusion of ISDS in trade agreements with other developed countries, when they insist on these same provisions when negotiating with developing countries.[8]

Understanding a history of disagreement on foreign investment governance

Historically, the one-sided character of investment agreements and the lack of a multilateral consensus on investment matters have been the rule, not the exception. The disagreement on foreign investment rules began in the 19th century, and extended throughout the 20th century as a generalized trend not only between developing and developed country states, but also among developed nations. The Bretton Woods Project, for instance, resulted in a draft treaty on both foreign investment and trade matters, which was then rejected by the United States. This was just one of many attempts led by developed countries that came to nothing. The most important were the two initiatives promoted within the Organisation for Economic Co-operation and Development (OECD). In the 1960s and again in the 1990s, developed countries agreed that the difficulties of negotiating an agreement on foreign investment were the result of the ideological division between the South and the North. The OECD thus seemed to be the ideal setting to negotiate such an agreement, which could be later moved to a multilateral forum.[9] This view proved wrong both times, however, suggesting that the disagreement on foreign investment has never been an exclusively South/North question. The present difficulties in the negotiation of an investment chapter in the TTIP seem to corroborate this conclusion.

The institutional limitations of the IIR

In the absence of a multilateral agreement on investment, a vast network of bilateral investment treaties presently governs many aspects of foreign investment. This presents some problems. A fundamental issue is that the IIR is mainly about litigation between foreign investors and states, while only the former can initiate disputes in practice. As a result, there is no debate within this regime about the general problems created by multinational corporate activity. These range, for instance, from the impact of financial crises on foreign investments to the regulation of tobacco consumption. While there are many global forums where these issues are discussed, like the International Monetary Fund or the World Health Organization, none of them has an institutional connection with the IIR. This regime, on the contrary, has a tendency to describe conflicts using an inter-partes narrative, along the lines of traditional commercial arbitration principles.[10] Investment tribunals are therefore incapable of discussing larger policy questions or of hearing the voices of local populations, except for in the attempts to introduce the latter as amici curiae. This suggests that not only are we returning to a one-sided IIR, but also that the institutional structure of the regime is unable to accommodate a new field of global cooperation on development.

An interesting point is the extent to which the institutional limitations just described relate to the increasing difficulties in the negotiation of investment agreements. This is a relevant point because some of the negotiating parties, like the European Union, do have the bargaining power to explore alternative texts with their treaty partners. Is it possible, then, that the answer lies beyond the texts of the treaties? The dominant explanation for the resistance to investment arbitration from countries like Germany or France is that they simply do not need it, because they provide foreign investors with reliable legal systems.[11] This position seems reasonable, but may also not explain the situation entirely. On the one hand, arbitrators like Jan Paulsson have noted that states that abide by the rule of law have nothing to fear of the IIR.[12] On the other hand, as Lord Goldsmith has warned, the omission of investment arbitration from the TTIP would likely affect the ability of the UK and EU to negotiate these provisions in future trade deals with developing countries.[13]

Against this background, an additional element to understand German, French and European resistance to investment arbitration may relate to the role of the IIR in the governance of foreign investment and MNCs. This poses the questions of whether foreign investment governance is only about resolving complaints of foreign investors, and of the implications of investment arbitration more in general. The political economy literature suggests, in fact, that things are more complex than in the traditional political risk narrative that dominates the IIR. Foreign investment and MNCs have a strong impact on host countries because of their authority to make decisions that affect people’s lives.[14] The issue is the decisions that MNCs make on the use of tangible and intangible resources, and the correlative obligation of the rest of the society to respect those decisions.[15] Put in these terms, the anxiety of some countries with the IIR would be the consequence of not only losing a particular dispute every couple of years, but also of facilitating multinational corporate activity to the detriment of democratic decision-making.

The need for an international regime to govern foreign investment may seem unavoidable in the present global economy, but the current IIR may be unsuitable for this purpose. This regime cannot produce or articulate the necessary state and non-state cooperation. Paradoxically, the present negotiations do not highlight these institutional limitations, and some difficult issues concerning foreign investment are still discussed within the terms of investor–state dispute settlement, as if the only problem of globalization was how to resolve the troubles foreign investors are experiencing in host states. This approach overlooks the views that dominated the foreign investment agenda in the 1970s in both developing and developed countries. The position of the United States in 1973, for instance, was that:

the issue is the degree of freedom that should be allowed the multinational corporation or the nature and extent of regulation that should be imposed on its present operations and future growth in order to make it better serve divergent national interests.[16]

While it is true that developing countries mainly demanded a code of conduct for MNCs, which is probably the opposite of the IIR, it is undeniable that forty years ago the debate about foreign investment was more holistic.

An international investment regime capable of considering foreign investment problems more comprehensively—along the lines suggested by Howard Mann—requires imagining alternative ways to tackle the problems posed by MNCs, including but not limited to arbitrary treatment of foreign investment by the host state. From this broader perspective, the problem of the IIR today may be the excessive ethos of lawyers and the absence of the ethos of diplomats and politics in general.[17] The IIR has been defended because it promotes the depoliticization and legalization of investment disputes. However, a closer look at this regime shows that the IIR may be facilitating multinational corporate activity.[18] This is a social and political choice—there is nothing apolitical about it—that may be at odds with promoting divergent national interests. It may therefore be necessary to open up the governance of foreign investment to other stakeholders and to local preferences and values. It is difficult to see countries around the world agreeing on substantive standards of investment and property protection when they disagree on issues such as climate change. Indeed, it may be undesirable in a plural world.

An alternative is to explore an overlapping consensus on the way states, foreign investors, and local populations should govern foreign investment. This would be an acceptable consensus for those with opposing political and social views, in which institutions could promote discussions among all the stakeholders and solutions beyond the dichotomy of winners and losers.[19] An overlapping consensus would not consolidate a universal regime for foreign and domestic investment. Its purpose would be quite different: to promote state and non-state cooperation on foreign investment matters, while reversing the neo-colonial features of the IIR.

Nicolás Perrone is an Assistant Professor at the Universidad Externado de Colombia. The author is grateful to Enrique Prieto Ríos for his comments on an earlier draft of this short article, which is based on Nicolás Perrone, ‘The Governance of Foreign Investment at a Crossroad: Is an overlapping consensus the way forward?,’ forthcoming, Global Jurist 2015.