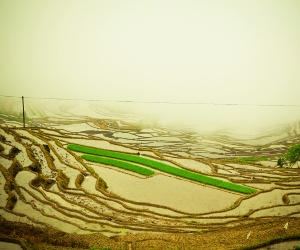 The recent and ongoing trend towards corporate, especially foreign, investment in developing countries’ agricultural sectors has evoked sharply contrasting attitudes. For some, this “rediscovery” of agriculture as a focus of investment provides opportunities to again promote the sector within the larger agenda of economic development. For others, it has raised serious concerns about whether such investments, especially those involving large scale land acquisitions, are conducted in a manner which respects people’s rights, livelihoods and resources.

After decades of struggling to attract a significant level of corporate investment, including foreign direct investment, in their agricultural sectors, developing countries are now faced with a challenge. How should they accept the type, size and number of such investments in order to maximise development benefits and minimise socio-economic and environmental risks? Unfortunately, a lack of analysis on such investments has meant that much of the debate on this issue has been fuelled by anecdotes and one-off case studies.

To fill this gap and bring discussions onto a more evidence-based footing, the Inter-Agency Working Group of the Food and Agriculture Organization, the International Fund for Agricultural Development, the United Nations Conference on Trade and Development (UNCTAD), and the World Bank resolved to collectively generate a body of empirical knowledge that could be used to identify desirable forms of investment.[1]

This article is based on a recent joint UNCTAD-World Bank report entitled The Practice of Responsible Investment Principles in Large r Scale Agricultural Investments (Mirza, Speller, Dixie and Goodman, 2014). This presents results of a field-based survey on the conduct of agricultural investment at 39 large-scale, mature agribusinesses in sub-Saharan Africa and South East Asia, focusing in particular on their approaches to social, economic and environmental responsibility.

The report articulates, with detailed examples, what the responsible and sustainable conduct of agricultural investment consists of, in practical, operational terms for communities, governments and investors. In doing so, its primary aim is to provide lessons to these groups—which can be taken up as host government policies and procedures, corporate strategy and operational processes and community or NGO actions—in order to ensure that agricultural investments are conducted responsibly and maximize the benefits and minimize the risks for all parties concerned.

On balance, the investments studied have generated positive socio-economic benefits for surrounding communities and host countries. Direct job creation was the most frequently cited benefit arising from the investments. Investors also indirectly contributed to employment opportunities by providing a stable market for outgrowers’ produce. The concomitant rise in rural incomes contributed positively to food security, directly and indirectly. Social development programmes and financially-inclusive business models are becoming more prevalent among agricultural investors, with investors provided social services such as education, health, rural and farming infrastructure, local water provision schemes and access to finance. Finally, investors introduced new farming technology and practices which, in rare but significant instances, had a catalytic impact which extended far beyond the investor.

Weighed against these benefits, negative impacts also arose in the investments examined. Most prominent were disputes over access to land, such as conflict between the formal rights provided to the investor by the state and the informal rights of existing users of the land. Such situations were at times exacerbated by a lack of clarity on the conditions and process for land acquisition, and further compounded in a significant number of cases where investors were using only a small portion of their land allocation. Resettlement was seldom sufficiently consultative, inclusive or adequately compensated. This lack of consultation was symptomatic of a broader concern: involvement by local communities in decisions affecting them was often insufficient; and, moreover, procedures to raise grievances or hold investors to account were commonly absent. Assessment, understanding and monitoring of the environmental impact of investments was generally inadequate, especially with regard to consequences for water resources.

Notable within the sample of investors was the extraordinarily wide range of outcomes arising from these investments in terms of their socio-economic and environmental impacts, their broader impact on the host country, and the operational and financial success of the investment itself. A key finding of this research is that a potentially win-win situation vis-à-vis investment performance and their wider positive economic, social and environmental impact isachievable. In the survey, investors that were financially and operationally successful tended also to be those that had the most positive impact on their host economies and surrounding communities—the result of more sophisticated approaches to social and environmental responsibility. Similarly, those investments which were well-integrated with the host country and surrounding community were most likely to be financially successful. Investors which acquired land but did not conduct thorough consultations with communities and impact assessments, or left it to host governments to conduct them on their behalf, often found themselves subsequently dealing with costly and time-consuming land disputes.

The diversity of experiences, performance and impacts of investments in the survey suggests that a wide range of factors influence the outcomes of an agricultural investment. Some factors are context specific. As such, one cannot be categorical about the types of investment that are most or least desirable. This research finds that the static attributes of the investor (its crop, country of origin etc.) are less important than the dynamic actions, policies and practices of the investor and host country government in determining the outcome of investments.

Another key findings of the research is that many of the key decisions and actions which determine the ultimate outcome of investments are taken prior to the investment or during its initial phases. From the investor perspective, this includes the proper conduct of due diligence, consultations with communities, impact assessments, approaches to transparency and the design of the business model. From the host country perspective, this includes pre-screening and selection of investors, ongoing monitoring of investments, monitoring the conduct of consultations and impact assessments, phasing of investment approvals, and land and water rights. From the local community and civil society perspective, this includes engagement and negotiation with investors, monitoring investors, helping investors forge partnerships with marginalised groups, and ensuring access to grievance and redress mechanisms.

From all perspectives, greater clarity with regard to the contractual terms and conditions underpinning the investment, the rights, commitments and responsibilities of different parties is of paramount importance to ensure mutually beneficial outcomes. Investors, host country governments, and local communities interviewed during this study indicated that better and more detailed guidance is required to do so effectively. Guidance on the construct of better investment contracts is critical in this regard (Smaller, 2014).

These lessons must be heard, integrated carefully with findings from other research and acted upon in order to feed the world’s burgeoning population in a sustainable manner that preserves natural resources, utilizes agriculture as an engine for inclusive growth and fosters long-term development. The achievement of these goals will require more investment, private and public. The central role of smallholder farmers’ investment in their own farms in any strategy for promoting the required agricultural investment is well-established.[2] But there nevertheless remains a key role for other forms of investment, including from the types of private sector investors included in this study. This research finds that private sector investments, including those that involve land acquisition, can generate positive outcomes if conducted in a socially and environmentally responsible manner.

Tyler, G., & Dixie, G. (2012). Investing in Agribusiness: A Retrospective View of a Development Bank’s Investments in Agribusiness in Africa and Southeast Asia and the Pacific. Washington, D.C.: World Bank Group.

[1]Recent publications by the World Bank, FAO and IFAD have already contributed to this emerging knowledge base. FAO and IFAD commissioned a joint FAO-IIED paper on alternatives to large scale land acquisitions in developing countries, surveying business models that provide alternatives to smallholders (Vermuelen and Cotula, 2010). FAO conducted a series of case studies on the trends and impact of FDI in developing country agriculture (FAO, 2013). The World Bank completed a retrospective study of the agricultural investment portfolio of the Commonwealth Development Corporation, studying how 179 larger scale agribusinesses played out over a 50 year period (Tyler and Dixie, 2012). IFAD produced a review of global experiences in developing and managing outgrower programmes (IFAD and TechnoServe, 2011). [2] See for example, FAO (2012) The State of Food and Agriculture: Investing in Agriculture for a Better Future, CFS HLPE (2013) Investing in smallholder agriculture for food security: A report by The High Level Panel of Experts on Food Security and Nutrition, and IFAD and UNEP (2013) Smallholders, Food Security and the Environment.
Compartir
Twittear
Compartir
0 Compartir
Compartir
Twittear
Compartir
0 Compartir