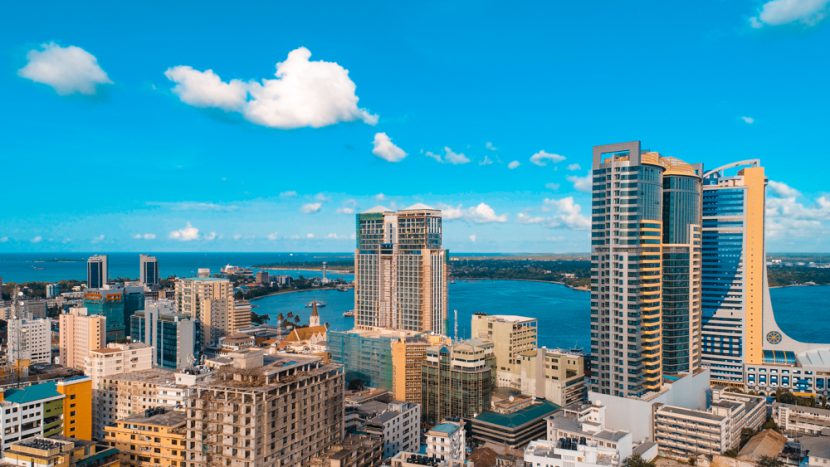 Over the last several years, the government of Tanzania has enacted significant changes to the legislation governing foreign investment in natural resources—and related dispute settlement mechanisms—with the aim of ridding the sector of the vestiges of “colonial” relationships. Before discussing these changes, and in order to understand the rationale for them, this article first provides the relevant historical context of international arbitration in Africa.

Foreign investment in Africa and the international investment arbitration regime

Since decolonization and the attainment of political independence, many sub-Saharan African countries have been highly dependent on international trade and integration into the global economy.[1] Hoping to promote socioeconomic development, many African governments have relied on international agreements with foreign governments, international institutions, and multinational companies, whether they are for investments, technology, debt instruments, or the procurement of services and goods. These agreements often come with a number of conditions, one of the most important being dispute settlement mechanisms, specifically international arbitration.

Foreign investors are comfortable with international arbitration because of its perceived neutrality, stability, predictability, and independence from national political considerations in its application of “international” law. However, the international character of international law norms and standards has been questioned by both academics and developing country governments, as many of them were developed with limited or no participation from African governments.

African states’ limited participation in the development of the international investment protection regime is no exception.[2] While African officials did participate in the preparatory meetings organized by the World Bank for the negotiation and drafting of the 1965 ICSID Convention and, to a limited extent, in the UNCITRAL Arbitration and Conciliation Rules and the UNCITRAL Model Law, they were not involved in the original formulation and establishment of the PCA, nor in the traditional commercial forums such as the ICC’s International Court of Arbitration and the London Court of Arbitration.

Within this context, we can better understand the changes that Tanzania has undertaken regarding international arbitration, which are all with the aim of continuing the decolonization agenda of foreign investments in Africa. This article examines the changes in Tanzania’s legal regime regarding dispute resolution within the context of natural resources.

Over the last several decades, it has become routine for foreign investors to choose to arbitrate disputes with African states outside of Africa. In the 1980s and 1990s, as Tanzania began to liberalize and become more integrated into the global economy, the country’s leaders held the belief that, in order to attract foreign investment, they must provide investors with access to international dispute settlement mechanisms.

Tanzania accommodated this demand for international dispute resolution through the ratification of the ICSID Convention of 1965 via the Tanzania Investment Act.[3] Access to ICSID dispute settlement mechanisms for foreign investors in Tanzania is guaranteed by key provisions in Tanzania’s BITs,[4] as well as Section 23(2) of the 2002 Tanzania Investment Act, which allows for investor–state arbitration pursuant to ICSID and other international arbitration rules and mechanisms as provided within the bilateral and multilateral treaties or contracts.

However, since 2017, Tanzania has revised a number of mining development agreements, namely with Acacia Mining, and enacted a series of policy and legislative changes,[5] through the Sovereignty Act[6] and the Contract Review Act[7] and amendments of the Public–Private Partnership (PPP) Act.[8] The purpose of these revisions is to give Tanzania control over its natural resources and also re-establish sovereignty over key areas of economic policy.

“(1) Pursuant to Article 27 (1) of the Constitution, permanent sovereignty over natural wealth and resources shall not be a subject of proceedings in any foreign court or tribunal.

(2) For the purpose of subsection (1), disputes arising from extraction, exploitation or acquisition and use of natural wealth and resources shall be adjudicated by judicial bodies or other organs established in the United Republic and in accordance with laws of Tanzania.

(3) For the purpose of implementation of subsection (2), judicial bodies or other bodies established in the United Republic and application of laws of Tanzania shall be acknowledged and incorporated in any arrangement or agreement.”

This is a reflection of the view, widespread among sub-Saharan African government officials, lawyers, and the private sector that “international arbitration is essentially a distant and alien system, located in a foreign country, administered by foreign experts and applying foreign law, with little appreciation of the outcome African parties are powerless to affect.”[10]

One element of the Arbitration Act that will be welcomed by investors is the removal of differentiation of levels of enforcement between domestic and foreign arbitral awards, allowing for equal enforcement rights.[12] The Act also establishes the Tanzanian Arbitration Centre, which could be particularly useful for resolving commercial and more technical disputes between investors and the state. The Centre will provide assistance with regard to the procedural aspects of arbitration, specifically, providing administrative assistance for the registration of claims, maintaining a list of accredited arbitrators, and providing a code of conduct.[13] However, despite the establishment of a domestic arbitration centre, the country still needs to build capacity for coherent arbitration. The Arbitration Centre must operate at a high standard to ensure Tanzanians and foreign investors fully utilize its resources and facilities.

While the government was pursuing legislative and policy changes regarding foreign investments, a high-profile dispute arose with Acacia Mining, in which the government of Tanzania accused Acacia of tax evasion, environmental standards violations, operating illegally, and having seized consignments of copper concentrate and gold. This dispute played out over several years, during which the Canadian mining giant Barrick Gold Corporation had to intervene to mediate the dispute.

This intervention ultimately resulted in a settlement agreement between Barrick Gold and the Government of Tanzania,[14] which led to the establishment of a new company, Twiga Minerals, in which the government holds a 16% non-diluted participation in the equity and shareholder loans. With regards to dispute resolution, the government has agreed, despite the legislative changes discussed above, to allow that UNCITRAL Conciliation Rules[15] and the UNCITRAL Arbitration Rules[16] would apply to any future dispute. Tanzania, as well as other EAC member states, Canada, the United Kingdom, and the United States, may not be chosen as the seat of the arbitration proceedings. Although there was initial speculation that the East African Court of Justice’s arbitration mechanisms would become the preferred mode of dispute resolution,[17] the prohibition of an EAC seat excludes a number of arbitration mechanisms, including the East African Court of Justice, the Kigali International Centre of Arbitration (KIAC) and the Nairobi Centre for International Arbitration (NCIA). Notably, the inclusion of recourse to international arbitration contravenes the Permanent Sovereignty Act. This may set a precedent for other companies with mining development agreements pre-dating the Act to similarly request these terms with the government.

However, in a news release dated October 20, 2019, Barrick Gold highlighted that the dispute resolution framework related to its investment in Tanzania would be an “Africa-focused international dispute resolution.”[18] Higher levels of foreign direct investment into African states has created a higher demand for Africa-focused arbitration centres founded and located conveniently within Africa that acknowledge current levels of socioeconomic development of African states, something other international arbitration centres may fail to do.[19] More frequent use of Africa-focused arbitration by foreign investors should lead to an improved business environment and serve to resolve national and international commercial disputes. It will also increase the skills of local arbitrators and decrease reliance on arbitration bodies outside Africa.[20]

As Tanzania further develops its international investment policy and puts BITs on hold,[21] the government may take this as an opportunity to review the different dispute settlement options available and which are most appropriate for which types of dispute. With the Africanization of dispute settlement in mind, options could include judicial and non-judicial, regional, and national options. The Arbitration Act 2020 will certainly play a role in Tanzania’s modernization of its domestic arbitration system, a much-needed change from the previous colonial heritage enshrined in the 2002 Act. Where Tanzania is reflecting on embracing African arbitration mechanisms, perhaps now is the time to examine its backyard—namely the East Africa Court of Justice, which enacted its arbitration rules in 2004 but to date none of the member states, including Tanzania, have opted to use it as a mechanism for dispute settlement. Here lies an opportunity for the future.

Amne Suedi is an adviser and international lawyer specializing in international investments and African markets. She is CEO and founder of shiKana Law Group.

[6] The Natural Wealth and Resources (Permanent Sovereignty) Act, No. 3 of 2017. http://www.tcme.or.tz/uploads/NATURAL_WEALTH_AND_RESOURCES__PERMANENT_SOVEREIGNITY__ACT_2017.pdf

[7] The Natural Wealth and Resources (Review and Re-Negotiation of Unconscionable Terms) Act, No. 6 of 2017 http://www.tcme.or.tz/uploads/NATURAL_WEALTH_AND_RESOURCES__REVIEW_AND_RE-NEGOTIATION_OF_UNCONSCIONABLE_TERMS__ACT_2017.pdf

[21] Tanzania is not currently renewing its BITs , most recently demonstrated by the issuing of notice of intent to terminate the Netherlands BIT; see Habib, S. (2019). Tanzania faces a new ICSID claim under the terminated Netherlands BIT. Kluwer Arbitration Blog. http://arbitrationblog.kluwerarbitration.com/2019/06/21/tanzania-faces-a-new-icsid-claim-under-the-terminated-netherlands-bit-2