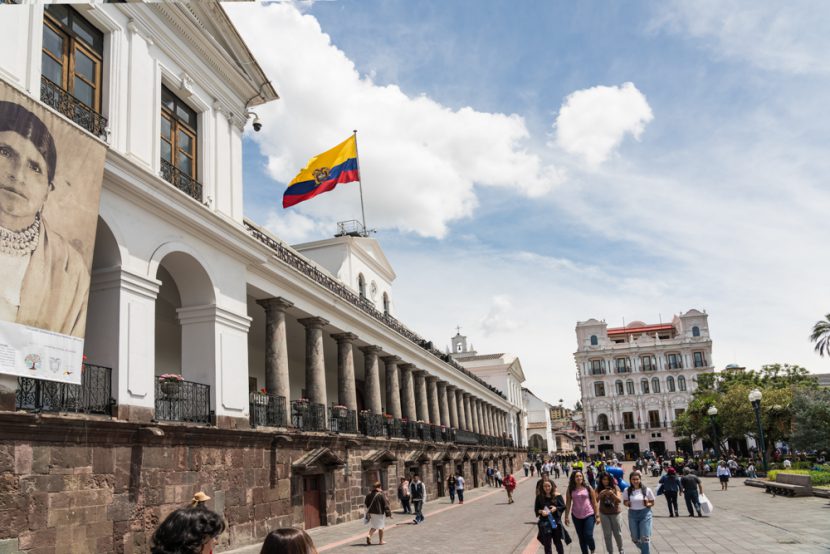 In recent years, Ecuador’s investment policy framework has been marked by instability. This article provides an overview of Ecuador’s approach to foreign investment policy over the last decade. It also reviews recent constitutional developments that may allow Ecuador to develop a more coherent approach toward new investment treaties and trade agreements.

Over the past decade, Ecuador has made efforts to revise its legislative framework to be more attractive (substantively and procedurally) to foreign investors. For instance, in 2010, it enacted the Organic Code of Production, Commerce and Investments; in 2015, the Incentives for Public–Private Partnerships and Foreign Investment Act; and, in 2018, the Promotion of Production, Investment Attraction, and Employment-Generation Act. In the same year, it overhauled the Organic Code of General Procedures (already amended in 2015) by eliminating the exequatur requirement for recognizing and enforcing foreign arbitral awards.[1] All these legislative exercises were intended to make Ecuador more open to international businesses and allow access to international arbitration for foreign investors, thus increasing inward FDI flows. Despite these efforts, Ecuador is still far from reaching FDI levels that neighbouring Colombia and Peru enjoy.

Ecuadorian politics often feature dramatic shifts in policy priorities following an election that brings a new administration into power—and policy-making in the area of foreign investment has been no exception.

During his time in office, President Rafael Correa evinced strong opposition to ISDS and BITs. Correa’s efforts to disentangle Ecuador from the international investment protection regime began with denouncing the ICSID Convention[2] and some BITs, and seeking rulings from the Transitory Constitutional Court regarding the constitutionality of denouncing the remaining BITs, on the grounds that they were incompatible with the recently adopted 2008 Ecuadorian constitution. The Court ruled in Correa’s favour and established that the dispute resolution provisions of these BITs contravened the prohibition to “cede sovereign jurisdiction” enshrined in Art. 422 of the Constitution.[3] Similarly, in 2013 Correa created the The Ecuadorian Citizens’ Commission for a Comprehensive Audit of Investment Protection Treaties and of the International Arbitration System on Investments (CAITISA), which concluded that, among other things, BITs did not contribute to increased FDI inflows and their termination was advisable.[4] Finally, only days before leaving office, Correa terminated the remaining BITs to which Ecuador was a contracting party.[5]

President Moreno has not been popular during his time in office, and the changes to his predecessor’s economic policies have prompted a backlash from civil society groups, leading to policy instability and higher levels of political risk. For instance, within weeks of entering into an agreement with the IMF which, among other things, aimed to remove fossil fuel subsidies,[7] transport unions, Indigenous organizations, opposition groups (allegedly aligned with Correa) and, perhaps surprisingly, environmentalist groups marched to Quito to demonstrate against the agreement. Consequently, Moreno temporarily moved the government to Guayaquil[8] and declared a state of emergency.[9] After almost two weeks of confrontation, during which time demonstrators were injured and killed, the government agreed to reinstate the subsidies. This crisis led to a significant increase in Ecuador’s country risk index[10] and suggests that efforts to further revise Ecuador’s investment policy framework, including signing new BITs, may be met with significant pushback from civil society and opposition parties.

In 2020, as the COVID-19 pandemic spread around the world and Ecuador was hit with thousands of deaths, the economy was plunged into a profound crisis with oil prices collapsing, several oil pipelines suffering damage and oil production halted. This has led to an economic and institutional crisis that has unveiled corruption schemes in Moreno’s administration that went from overpricing in sanitary equipment to undisclosed negotiations regarding natural resources projects.[11] Consequently, the current administration has become politically and economically vulnerable, and it is unlikely that this situation will substantially improve before the 2021 general election. The new government will have to overcome several complications to boost the economy and increase the levels of FDI.

Aspects of Ecuador’s constitution have an impact on the treatment of foreign investors. For example, an important feature in the Ecuadorian constitution is the priority given to domestic over foreign investment.[12] Similarly, the Organic Code of Production, Commerce, and Investments, despite containing non-discrimination standards,[13] distinguishes between domestic and foreign investments by prioritizing the former in strategic sectors of the economy. This distinction may constitute an important limitation when entering into new BITs in which, for example, MFN or non-discrimination standards are common. Indeed, a similar issue arose during the ratification process of the free trade agreement between Ecuador and the European Free Trade Association (EC–EFTA), when the Constitutional Court—declaring the conditional constitutionality of the agreement—required that it contain a clause excluding public procurement from MFN requirements, thus allowing Ecuadorian providers of products and services to have priority over foreign providers.[14] Notably, however, this agreement does not include provisions on investment or an ISDS mechanism.

Another important limitation for Ecuador when entering into new BITs is Art. 422 of the Ecuadorian constitution, which reads:

No international treaties or instruments may be concluded in which the Ecuadorian State cedes sovereign jurisdiction to international arbitration in contractual or commercial disputes between the State and natural persons or private legal entities.

Exceptions are made for international treaties and instruments that provide for the resolution of disputes between States and citizens in Latin America by regional arbitration bodies or by courts designated by the signatory countries.[15]

The first paragraph of Art. 422 served as a basis on which the Transitory Constitutional Court deemed BITs unconstitutional. In the opinion of the court, BITs’ dispute resolution provisions (international arbitration) cede sovereign jurisdiction by submitting a dispute to an international tribunal. Likewise, the court noted that their benefits extend only to foreign investors.[16] Thus, within the context of UNASUR, Correa pushed for the creation of a regional investment centre—which is an allowable exception according to Art. 422—which would have provided for a regional dispute resolution forum.[17] Nonetheless, such a centre, to say nothing of UNASUR itself, has failed to materialize.[18]

Currently, there is a pending interpretation action before the Constitutional Court filed by the former president of the National Assembly and member of Moreno’s political party, Elizabeth Cabezas,[19] which seeks to overcome the interpretative limitation of Art. 422. According to Cabezas, investment matters do not fall within the scope of “contractual” or “commercial” disputes.[20] Almost two years after the petition was filed, the court still has not ruled on the matter. Nonetheless, Ecuador proposed a new model BIT,[21] commenced negotiations with the Kingdom of the Netherlands,[22] and entered into a Cooperation and Facilitation Investment Agreement (CFIA) with Brazil.[23]

Interestingly, in its ruling No. 34-19-TI/19 the Constitutional Court, in establishing whether the CFIA needed legislative approval before being ratified by the president, stated that “the [CFIA does not] lea[d] to the creation of commercial obligations for the country”[24] and that “[t]he resolution of disputes between States is not a competence that belongs to the internal legal order of a State, and therefore by agreeing to arbitration in [the CFIA], no competence of this nature is being attributed to an international or supranational body.”[25] This ruling may shed some light on the possible outcome of the Interpretation Action for two reasons: First, investment treaties do not necessarily encompass commercial or contractual obligations. Second, due to their nature, these are disputes which do not exclusively belong to any internal legal order.

Indeed, alleged contractual breaches can be adjudicated in investment arbitration via BITs’ umbrella clauses, but this does not render any investment dispute commercial or contractual per se. Furthermore, a state is not exclusively competent, through its judiciary, to adjudicate international disputes in, for example, international criminal law, WTO law or the law of the sea. Each fragmented sub-system of international law has its own particularities and dispute resolution mechanisms; investment law is not indifferent to that fact.

Like the EC–EFTA, the CFIA, for instance, does not provide for investor–state arbitration but includes a dispute prevention mechanism and state–state arbitration.[26] A restrictive interpretation of Art. 422 of the Ecuadorian constitution would also limit dispute resolution mechanisms other than international arbitration. As mentioned above, the Constitutional Court when ruling on the EC–EFTA, adopted a measured and more open dialogue by declaring the conditional constitutionality of that treaty. A similar approach was adopted by the Colombian Constitutional Court when it declared the conditional constitutionality of the France–Colombia BIT by warning the president to adopt an interpretative declaration with France on some standards of protection of the treaty.[27]

Ecuador still faces some holdover risks from old BITs,[28] especially in the conflict-ridden natural resource industry where Indigenous peoples and politicians oppose the development of mining projects.[29] Indeed, opponents to mining projects have appeared before the Constitutional Court in order to request citizen consultations (consultas populares) which could lead to the prohibition of mining activities in local territorial jurisdictions. The Constitutional Court has denied these requests on procedural and substantive grounds, but the matter is not completely settled.[30]

The Constitutional Court is expected to play an increasingly important role in Ecuador’s investment narrative. The Court may initiate useful dialogue to harmonize constitutional objectives with the interests of foreign investors. During the ratification process of BITs or other similar instruments, the Court may create channels through which it could help the Ecuadorian state to enter into modern investment treaties that take into consideration climate change concerns, sustainable growth, and human rights.[31]

Ecuador should move beyond a rhetorical position in favour of or against FDI and BITs, and adopt a more coherent narrative that neither disregards its need for FDI nor investors’ needs for certainty and policy stability. However, it should do so by exploring dispute resolution mechanisms such as investor–state mediation, as well as through advancing the work of the UNCITRAL Working Group III: Investor–State Dispute Settlement Reform, in which it has actively participated.

[1] Larrea, A. (2020, May, 17) Enforcing international arbitral awards in Ecuador after recent legal reforms: Is this the end of the exequatur process? Kluwer Arbitration Blog. http://arbitrationblog.kluwerarbitration.com/2020/05/17/enforcing-international-arbitral-awards-in-ecuador-after-recent-legal-reforms-is-this-the-end-of-the-exequatur-process/?doing_wp_cron=1593121939.0552499294281005859375

[3] See for example the Transitory Constitutional Court ruling No. 020-10-DTI-CC of 24 July 2010 concerning the constitutionality of the UK–Ecuador Bilateral Investment Treaty.

[12] Article 339 of the Ecuadorian Constitution.

[19] The complete file at the Constitutional Court can be found here: https://portal.corteconstitucional.gob.ec/FichaCausa.aspx?numcausa=0002-18-IC

[29] Plan V. (2019). An anti-mining activist will govern a province. https://www.planv.com.ec/anti-mining-activist-will-govern-province

[30] See, for example, the following cases before the Constitutional Court: Case No. 002-19-CP and Case 009-19-CP. Nonetheless, a request of citizen consultation in the Girón parish was allowed due to the expiration of the time limit for the Constitutional Court to issue its ruling. Such a consultation ultimately prohibited mining activities in Girón.

[31] On this point it is worth mentioning the developments with the treaty on business and human rights, an initiative led by Ecuador. See, Human Rights Council Forty-Third Session. (2020). Report on the fifth session of the open-ended intergovernmental working group on transnational corporations and other business enterprises with respect to human rights, UN Doc A/HRC/43/55. https://undocs.org/A/HRC/43/55