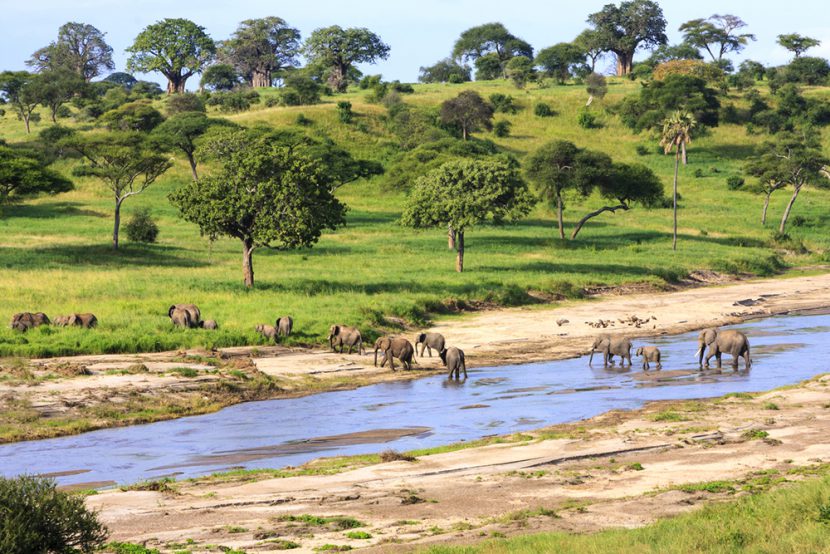 Tanzania’s natural resource sector has seen an eventful 2017. The most significant development came in July, when Tanzania passed three new laws that significantly change the regulatory landscape governing natural resources and the mining sector in particular:

These acts, which have been signed by the Tanzanian president and are now in force, introduce changes that raise questions on their relationship to the country’s bilateral investment treaties (BITs). Tanzania has BITs in force with 11 countries—Canada, China, Denmark, Finland, Germany, Italy, Mauritius, the Netherlands, Sweden, Switzerland and the United Kingdom.[4] Tanzania, like many other African countries, concluded these agreements aiming to attract foreign investors.

Especially within the mining sector, however, the feeling has been that foreign investors are abusing the legal regime. In particular, based on the findings of an audit requested by the Tanzanian president in early 2017, the government accused mining companies of making partial disclosures on their exports of precious metals—resulting in a ban on such exports in May 2017. The Tanzanian government is in a related tax dispute with Acacia Mining Plc, and the company has filed a notice of arbitration. Within this tense political context, some are even calling for Tanzania to withdraw from the International Centre for Settlement of Investment Disputes (ICSID) and the Multilateral Investment Guarantee Agency (MIGA).[5] This article provides an overview of the most significant changes introduced by these new acts and seeks to assess the impact of these changes, particularly on investment arbitration under Tanzania’s BITs.

Tanzania’s reform of its domestic regulation of natural resources

The Permanent Sovereignty Act reaffirms the country’s permanent sovereignty over natural resources by mandating their exploitation in a manner that benefits Tanzanian people. The Review and Renegotiation of Unconscionable Terms Act permits the review of natural resource agreements and mandates the renegotiation and potential removal of “unconscionable” terms in these agreements. Finally, the Miscellaneous Amendments Act introduces various amendments to Tanzania’s Mining Act. These three laws are the first step in amending various laws affecting natural resources, including insurance, income tax and tax administration. The following sections analyze the key provisions introduced in them.

1. The recognition of the principle of permanent sovereignty over natural wealth and resources

2. A ban on the export of raw materials and the prohibition of beneficiation outside of Tanzania

Among the provisions of the Permanent Sovereignty Act that have received the most attention in the context of the mining sector are the prohibitions on the export of raw natural resources, as well as the beneficiation of raw materials outside of the country.[10] Investors are now required to commit to establishing beneficiation facilities within the country.

all materials or substances occurring in nature such as soil, subsoil, gaseous and water resources, and flora, fauna, genetic resources, aquatic resources, micro-organisms, air space, rivers, lakes and maritime space, including the Tanzania’s territorial sea and the continental shelf, living and non-living resources in the Exclusive Economic Zone which can be extracted, exploited or acquired and used for economic gain whether processed or not.[11]

This provision could be relevant to multiple industries including agriculture, mining, fisheries, oil and gas, forestry, electricity, etc. It seems geared to the development of infrastructure that presently does not exist in Tanzania. Its impact will depend on the regulations detailing how it should be applied.

3. A move away from international dispute resolution

Investor­–state dispute settlement (ISDS) through international arbitration has historically been a part of Tanzania’s dispute resolution mechanisms. The national Promotion of Investment Act 131 of 2009 provides for international arbitration at ICSID or under the Arbitration Rules of the United Nations Conference on Trade Law (UNCITRAL).[12] Tanzania is a party to the ICSID Convention and to the 1958 New York Convention on Recognition and Enforcement of Foreign Arbitral Awards. Additionally, all BITs signed by Tanzania provide for some form of ISDS.

In a significant departure from current practice, under the Permanent Sovereignty Act natural wealth and resources can no longer be subject to foreign courts and proceedings. Disputes on their extraction, exploitation or acquisition and use must be adjudicated by tribunals or organs in Tanzania and in accordance with Tanzanian law. Foreign investors may still attempt to circumvent the mandatory use of domestic courts by bringing claims to international arbitration based on the country’s BITs with ISDS provisions. To ensure the effectiveness of the new provision mandating disputes to be adjudicated by Tanzanian courts, Tanzania could consider reviewing older national laws and its BITs for coherence with the Permanent Sovereignty Act.

4. The renegotiation of “unconscionable terms” in all natural resource agreements and prohibition of stabilization provisions in the mining sector

To ensure permanent sovereignty, the Review and Renegotiation of Unconscionable Terms Act requires the Tanzanian parliament to review and renegotiate all agreements that contain unconscionable terms.[13] The act defines “unconscionable terms” in the context of natural wealth and resources as terms that are contrary to “good conscience” and terms that potentially or actually do jeopardize the people of Tanzania if implemented.

Among the provisions that may be seen to be unconscionable in this context are those that restrict the state’s right to exercise full permanent sovereignty, restrict the state from exercising authority over foreign investments, are inequitable and onerous on the state, restrict periodic review, secure differential treatment designed to create separate legal regimes for some investors, deprive the people of Tanzania of economic benefit, subject the state to the jurisdiction of foreign laws and forums, and finally, undermine environmental protection measures. To ensure fairness, the power to determine whether terms fall within this list lies with the parliament. This process is aimed at remedying contracts that predate the Act and that prejudiced the interests of the Tanzanian people.

5. Government shareholding in all mining companies

Finally, the new amendments to the Mining Act require the Tanzanian government to hold a minimum of 16 per centnon-dilutable free carried interest shares in the share capital of any company holding ordinary or special mining licences. Additionally, the Tanzanian government may also acquire a maximum of 50 per cent non-dilutable shares in the capital of the mining company, equal to the tax incentives that the company benefits from.[15]

In Africa, many have seen BITs as being one-sided in favour of investors and a tool to hinder host state power to enact sound regulation of social and environmental policies. Like other African countries, Tanzania is rethinking the regulation of foreign investment and how it can better ensure that investment benefits citizens.

The broader benefit of local populations through the promotion of sustainable investment is the political and legal goal of many countries, including Tanzania. The transition to more sustainable development-oriented policies will take some time, and will require the development and consideration of a range of factors—including, for instance, the assessment of manufacturing capabilities in a country like Tanzania.

Tanzania is undoubtedly in the middle of a complex and politically sensitive reform process, one that reignites the age-old questions over natural resources. In the era of BITs, what will be their impact on Tanzania’s regulatory reform aspirations, and how can the government best ensure that its BIT network does not hinder these much-needed reforms? From an African perspective, it is time to rethink our BIT regimes, particularly in the context of their impact on states’ regulatory space.

Magalie Masamba is a legal specialist in the World Bank’s public–private partnership support team, Tanzania, and a Ph.D. candidate in international financial law at the International Development Law Unit of the University of Pretoria’s Centre for Human Rights, South Africa.

The views expressed in this article are the author’s and do not necessarily reflect the views of the World Bank Group.

[6] Section 6(1) of the Permanent Sovereignty Act.

[7] Section 7 of the Permanent Sovereignty Act.

[8] Section 8 of the Permanent Sovereignty Act.

[9] Section 4 of the Review and Re-negotiation of Unconscionable Terms Act.

[11] Section 3 of the Permanent Sovereignty Act.

[13] Section 12 of the Permanent Sovereignty Act.