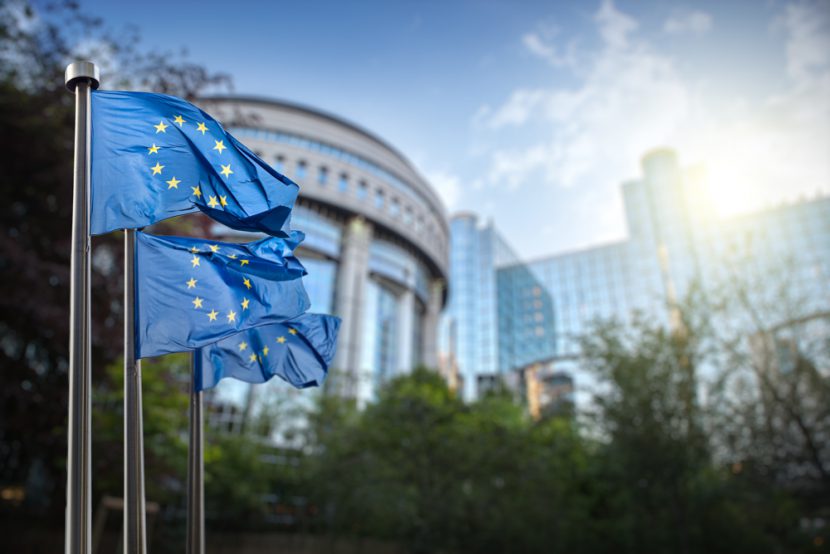 This consultation initiative appears to be aimed at justifying the creation of new EU-level investment protection and facilitation standards and institutions. While we consider holding a transparent public consultation on this issue a laudable practice, we question whether there has been a genuine EU-wide demand to re-examine this issue. We are also concerned that creating new investment protection standards and institutions could upset the delicate equilibrium between EU and member state powers. This could serve to undermine the legitimacy of the EU at a time when the European project is under sustained criticism for excessive interference in member state sovereignty.

The consultation initiative seeks feedback on the questions of how to “clarify the rules that protect and facilitate investment between EU countries; introduce new measures to fill the gaps; and improve enforcement in dispute cases between investors and national governments.”[4] On this latter issue of enforcement, the introductory text in the survey explains that following the Achmea decision on the incompatibility of intra-EU BITs (including investor–state dispute settlement [ISDS]) with EU law, all EU investors must now seek legal remedies for investment-related disputes with EU member states in the national courts.[5] The text goes on to note that the standards of justice dispensed by national courts in EU member states is governed by EU law, the Charter of Fundamental Rights of the EU, and case law of the Court of Justice and of the European Court of Human Rights (ECHR).

Despite these guarantees, the Commission states that “some stakeholders” have raised concerns, including that the effectiveness of national systems to settle international investment disputes varies greatly amongst member states, that national courts lack impartiality and may be influenced by national interests, and that small and medium-sized enterprises (SMEs) may struggle to access the national courts.[6] “Some stakeholders” is a constituency whose concerns are frequently invoked as the justification for this initiative, but their identity and the source of their concerns is not further elaborated. Based on these concerns, the Commission is seeking input on what other types of EU body or mechanism would be suitable to settle cross-border investment disputes in the EU.

The EU already has robust systems in place at the domestic, EU, and European Council levels to protect foreign investment and property rights. In its own communication to the European Parliament and European Council in 2018,[7] the EU Commission noted that “EU law, as progressively developed over decades, provides investors with a high level of protection…” The Commission went on to describe the interplay of domestic judicial processes, EU oversight mechanisms, and national dispute prevention processes, noting that “[N]ational judges have a special role and responsibility in protecting investment. Together with the Court of Justice of the EU (‘CJEU’ or ‘Court of Justice’) through the preliminary reference procedure, national judges must ensure in complete independence the full application of EU law and judicial protection of the rights of individuals in all Member States.”

The Commission also stated that an “alternative system of dispute resolution” (referring to ISDS provided under the now-terminated intra-EU BITs) would “[T]ake away from the national judiciary litigation concerning national measures and involving EU law. They entrust this litigation to private arbitrators, who cannot properly apply EU law, in the absence of the indispensable judicial dialogue with the Court of Justice.” The Commission had it right in 2018—the national courts of the EU member states should be entrusted to provide justice to cross-border and domestic investors alike.

There is a strong and growing global trend away from the use of ISDS, and investment protection rules and ISDS remain rare between developed countries. The United States–Mexico–Canada Agreement (the USMCA) which came into force on July 1, 2020, will phase out ISDS between Canada and the US, and heavily circumscribe its use between the US and Mexico.[8] The United States Democratic presidential nominee has spoken in opposition to ISDS and its inclusion in future US trade agreements.[9] The 10 member states of the proposed Regional Comprehensive Economic Partnership (RCEP) have agreed to exclude ISDS from that instrument.[10] Establishing some form of ISDS for intra-EU investors would not only be out of step with these developments, but would also play directly into the hands of those who harbour anti-EU sentiments due to a perceived loss of control over domestic affairs. Intra-EU ISDS may lend them a real and additional grievance and even recruit new sympathizers to their cause.

The EU Commission’s stated objective in launching this initiative is to explore ways to strengthen enforcement of investors’ rights and create a ‘level playing field’ for intra-EU investors vis-à-vis foreign investors.[11] We consider that a more efficient and effective approach to achieve this objective would be to strengthen existing enforcement mechanisms at the national level, rather than create new and duplicative ones at the regional level. This means bolstering the ability of national courts in EU member states to effectively resolve investor–state disputes, rather than creating a new mechanism allowing intra-EU investors to circumvent those courts. This would only serve to undermine national courts’ capacity to handle such cases. As such, in pursuit of its stated ambitions, the EU Commission may instead wish to dedicate resources to capacity development activities for member state judiciaries.

Holding companies accountable within the EU

While the consultation initiative appears narrowly focused on the issue of strengthening investors’ rights and the enforcement of those rights, the initiative could take a more balanced view and consider how to strengthen intra-EU investors’ obligations. If there is a need and desire to fill gaps in the governance of regional investment, the EU could adopt an accountability mechanism to ensure that intra-EU investors abide by the OECD Guidelines for Multinational Enterprises. Such an accountability mechanism, if established at the EU level, could be modelled on the International Finance Corporation (IFC) compliance advisor ombudsman (CAO) function. The CAO hears complaints from local communities affected by IFC and Multilateral Investment Guarantee Agency (MIGA) funded projects, to try and improve the social and environmental outcomes of those projects on the ground.[12] Unlike investment protection standards and ISDS, this initiative would not concern the liability of EU member states but would instead govern intra-EU investors with the aim to ensure responsible corporate behaviour.

It is clear that the EU Commission’s consultation initiative takes as its point of departure the notion that intra-EU investors’ rights are not adequately protected and so require the creation of new EU legal protections, compensation standards, and enforcement mechanisms. We challenge the assumption inherent in this initiative that the termination of intra-EU BITs – signed in a bygone geopolitical era preceding the EU as it is known today – means that the investment climate of the EU has suddenly deteriorated. Even if taken as prima facie true, the circumvention of national courts through the creation of some form of EU-level investor–state dispute settlement would do little to alleviate this concern. Reinstating any form of intra-EU ISDS would run counter to contemporary trends and be a magnet for anti-EU pro-sovereignty critiques. The Commission would be better placed to support member states’ own judicial processes to enforce extant investor rights and to strengthen investor accountability.

[2] Agreement for the termination of Bilateral Investment Treaties between the Member States of the European Union. May 5, 2020. https://eur-lex.europa.eu/legal-content/EN/TXT/?uri=CELEX:22020A0529(01)

[3] According to the UNCTAD International Investment Agreements Navigator database.

[7] European Commission. (2018). Communication from the Commission to the European Parliament and the Council: Protection of intra-EU investment. https://eur-lex.europa.eu/legal-content/EN/TXT/PDF/?uri=CELEX:52018DC0547&from=EN

[8] Bernasconi-Osterwalder, N. (2018). USMCA curbs how much investors can sue countries—sort of. IISD. https://www.iisd.org/articles/usmca-investors

[12] Compliance Advisor Ombudsman. (2009). About the CAO: Who we are. http://www.cao-ombudsman.org/about/whoweare/index.html