The old NAFTA set the bar in linking trade and environment. How does its successor compare?
Share this page:

The old North American Free Trade Agreement (NAFTA) set the bar in linking trade and environment. How does its successor compare?

The United States–Mexico–Canada Agreement (USMCA), which replaces the former NAFTA, contains (as expected) a chapter on the environment (Chapter 24, to be specific). Experience from previous trade agreements suggests the most important environmental effects arise from provisions contained in investment, agriculture, regulatory harmonization, competition and other chapters. 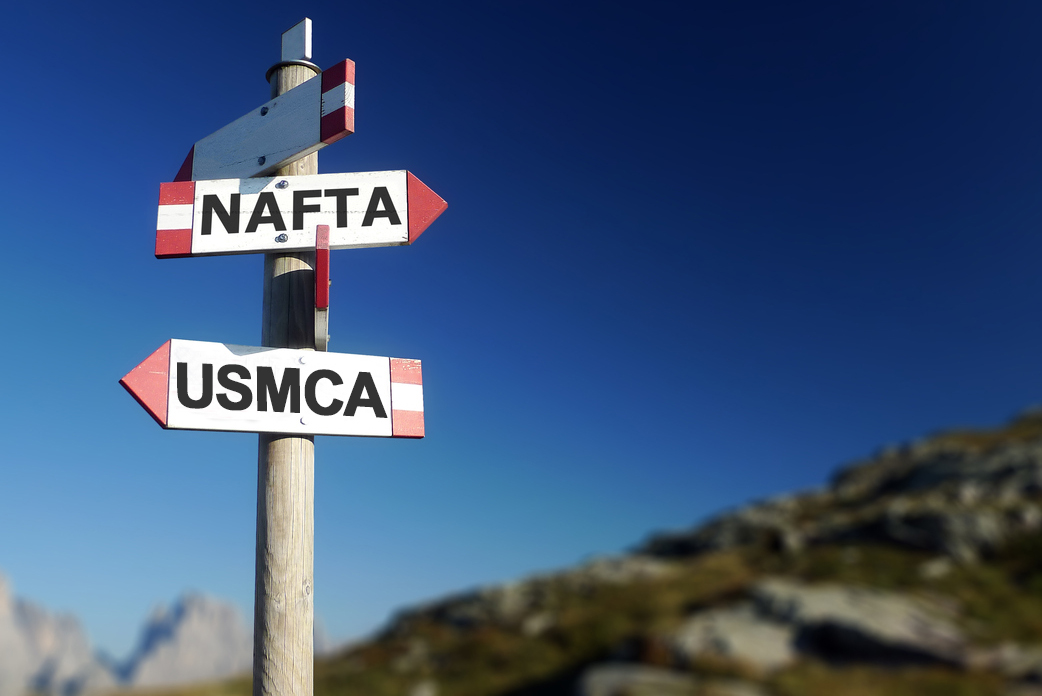 However, the USMCA does contain some important elements that matter. (Note: This initial review will be updated with a more comprehensive review in the coming weeks.)

The agreement echoes language contained in all U.S. trade agreements, as required under the U.S. Trade Promotion Authority, related to the enforcement of environmental regulations. For example, the USMCA says the right things, such as noting that it is “inappropriate to encourage trade or investment by weakening or reducing the protection afforded in the respective environmental law.”

In practice, though, such provisions have had little effect within both NAFTA and subsequent trade agreements in addressing regulatory backsliding. Only hours after the USMCA text was released, the U.S. Environmental Protection Agency announced their intent to significantly weaken mercury emissions applied to the U.S. coal sector.

There was no chance the USMCA would include a reference to the United Nations Framework Convention on Climate Change or the Paris Agreement. While the trade deal missed an opportunity to reference low-carbon technologies, it does reference “clean technology” in a non-binding section on environmental goods and services and “carbon storage” in the sustainable forest management section.

The USMCA mirrors the list approved by the U.S. Congress of multilateral environmental agreements (MEAs)­­––notably the Montreal Protocol, the Convention on International Trade in Endangered Species of Wild Fauna and Flora (CITES), the UN Law of the Sea, various Food and Agriculture Organization codes related to fish stocks and other agreements and measures––that the United States has adopted. The USMCA identifies a broad and ambitious range of environmental and conservation topics to be addressed through trilateral cooperation, within both existing legal agreements and other objectives, including tackling illegal trade in forest products, combating marine plastic litter and reducing alien invasive species.

It’s an impressive list. Yet in the more than two decades of NAFTA, there was sustained trilateral coordination around MEAs because of the many formal channels of cooperation within the agreements themselves.

The USMCA suggests an important breakthrough in prohibiting subsidies that contribute to overfishing. The two categories of prohibited subsidies in the environment chapter are subsidies available to a vessel or operator or subsidies that negatively affect fish stocks. The details of these provisions matter, including its reference to the chapter on Subsidies and Countervailing Measures. But given that the issue of constraining fishing subsidies had eluded agreement for a decade or more at the World Trade Organization, this is a significant step forward. The test will be tracking an actual decline in subsidies.

A welcome outcome of the new USMCA is that the Commission for Environmental Cooperation (CEC) survives. The CEC is now in need of updating to make its work more focused, relevant and outcome oriented. The future work of the CEC is yet to be set; it will become a critical test of the scope and ambition on a new cooperative agenda.

Another welcome part of the USMCA is the continuation of the Submissions on Enforcement Matters. There is now a chance to update and improve the citizen submission process––including the ill-defined scope of work of the secretariat on preparing a factual report. The USMCA also contains new and worrying language related to the citizen’s submission process, including, for example, that citizens’ claims are not confused with “harassing industry” actions; that “private remedies” (presumably comprised of local legal remedies like tort or civil action) are considered before citizen claims are examined; and that claims are not based only on “mass media reports.”

At first glance, the new environment chapter contains familiar language used for two decades in trade agreements, the continuation of some important NAFTA approaches (like the CEC), as well as new language. Together, this may help create a foundation for trilateral cooperation that can be strengthened. Only time will tell.