What Do Bears and Smartphones Have in Common?

The challenge that electronics hibernation poses to the circular economy.
Share this page:

As the weather cools and the snow threatens to fall, bears, bats and hedgehogs snuggle their way into another season of winter hibernation.

And many of our old smartphones, believe it or not, are joining them. 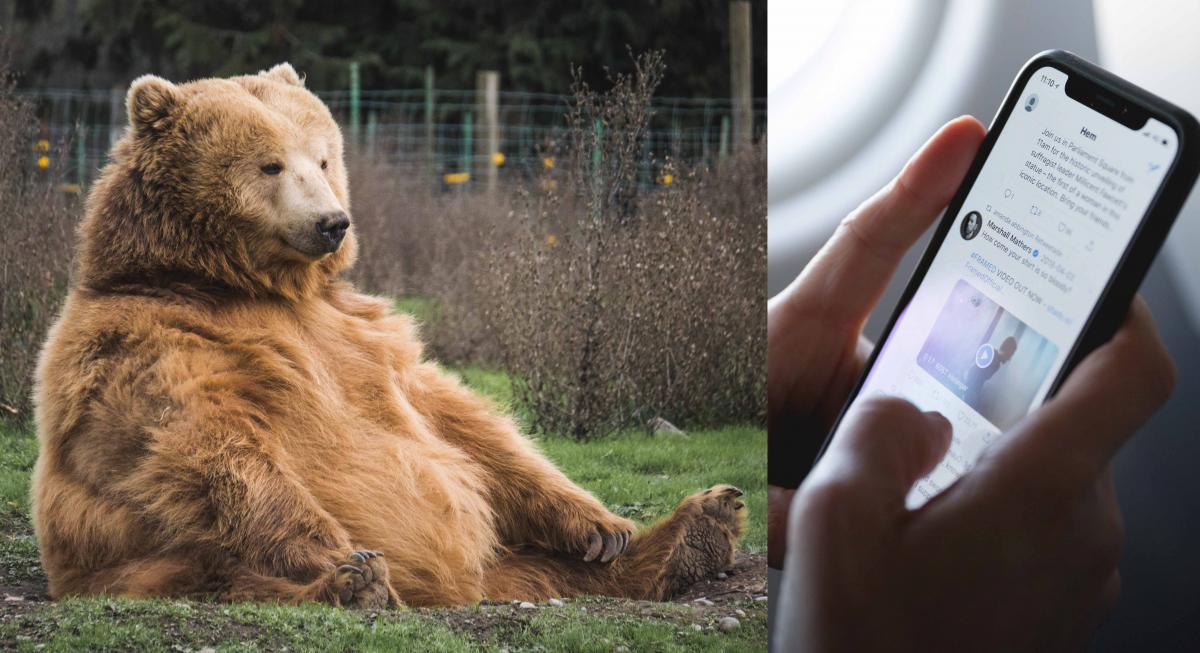 Hibernation, as it pertains to smartphones and electronics, refers to the period when a phone or piece of technology is not recycled or thrown away, but is instead kept by its owner long after they have stopped using it. Unlike our furry friends, valuable electronics go into hibernation for years at a time, hidden away in desk drawers and closets, sometimes never to re-emerge.

While the retention of our dead phones keeps electronics out of landfills, thereby reducing e-waste, squirreling away electronics is a major barrier to mineral recycling and the overall aims of the circular economy.

Minerals like lithium and cobalt are both essential building blocks to smartphone batteries but are projected to experience significant supply shortages in the coming decade due to rapidly increasing demand from the makers of electric vehicles (EVs) and other green energy products, which also require these minerals for their battery components.

Further, notable conflict risks and human rights abuses have been found in the supply chains of these two minerals. Among these, incidents have been reported in the Democratic Republic of the Congo of child labour in cobalt supply chains, and public demonstrations and grievances have arisen surrounding land and water management in mining communities in the Lithium Triangle.

These supply chain issues—relating to both extraction shortages and failures in responsible sourcing best practices—pose a considerable risk to the contribution that the extraction and trade of either mineral can make to sustainable development in host communities and countries.

One way to stave off these supply shortages and conflict risks is to recycle the minerals and metals already in the system. This has been the subject of many conversations at the 2018 EU Raw Materials Week in Brussels, the theme of which was “Raw Materials for a Low-Carbon and Circular Economy.”

Mineral recycling has the potential to ease supply concerns by extracting and reusing minerals and metals from products already in our economy but currently discarded or unused. Further, the recycling of minerals has an ecological footprint 90 per cent smaller than that of primary mining.

This recycling can also be done with relatively low impacts on the overall energy efficiency of the battery. Many of the products tossed aside by their owners are put into drawers due to physical problems like cracks in the case or simply out of a desire for an upgrade. But their component parts are often far from the end of their useful life. A study by Brunel University collected used laptops and found that only four of the 148 batteries tested were unusable. In fact, most still retained about 89 per cent of their original capacity, making them ideal for recovery and recycling processes.

Mineral recycling rates, however, are low. A report by the United Nations University found that only 20 per cent of electronic waste from mobile phones and laptops were recovered. Another report by Friends of the Earth found that only 4–5 per cent of lithium-ion batteries in the EU were collected for recycling.

These low recycling rates are not due to a lack of technology. Apple’s recycling robot “Daisy” can recover approximately 770 kg of cobalt per 100,000 iPhones, or 96 per cent of the iPhone’s cobalt content.

The main barrier to mineral recycling, according to many experts, is the low rate of end-of-life collection. Christian Hagelüken, Director of EU Government Affairs at Umicore, said at the EU Raw Materials Week that “the pitfall for recycling is that most consumer products are not collected, or not properly collected.”

Instead, they sit in the bottom drawer of our desks gathering dust. Oftentimes, this period of hibernation long surpasses the amount of time the electronic was in use.

If promises of warm weather and honey won’t coerce these electronics out of their hiding places, what is to be done?

For one, awareness needs to be raised about the issue of empowering consumers and companies to take action and reverse low collection rates. At Raw Materials Week, Guy Ethier, Senior Vice President of Sustainability at Umicore, explained that, “as a consumer, we are part of this obligation.”

A study by the European Commission also found that enhancing collection systems and infrastructure, as well as increasing the lifespan of mobile phone use, would positively contribute to a circular economy for smartphones and other electronics.

We could all take a page out of the bear’s book when it comes to our old electronics. For the bear, spring offers the chance to refuel, re-energize and re-engage with the world around them. Our phones, laptops, and other electronics need to do the same. Getting these products out of hibernation and into action will be a key contribution to the sustainability of mineral supply chains and the circular economy.

This report covers how IGF developed and delivered a tailored workshop on gender and mining governance for stakeholders in 13 West African nations.

Global tax reforms aimed at the digital economy may affect how governments tax their natural resources.

These IGF case studies examine mine closure legislation in Chile and Peru.

Leading by example on the European Green Deal

In the sixth chapter of The Wonk’s Survival Guide to the European Green Deal, POLITICO looks at the EU’s ambition to serve as a model for the rest of the world in the fight against climate change.