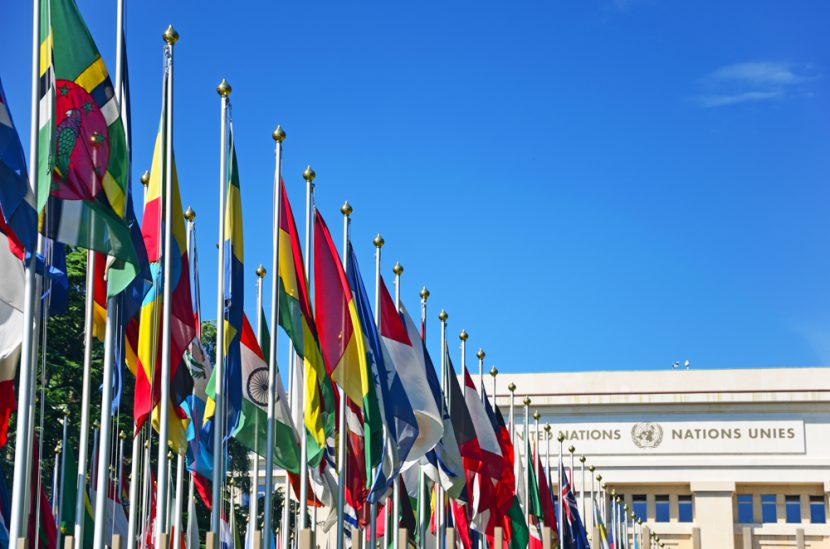 Thanks to the diligent work and capable stewardship of the chair of the Working Group, Ambassador Emilio Rafael Izquierdo Miño of Ecuador, the draft Legally Binding Instrument (LBI) on Business and Human Rights finally entered substantive text-based negotiation by the UN member states after 6 years of deliberation.

During an intense yet constructive week-long hybrid session, based on the texts of the third draft of the LBI prepared by the chair and distributed before the Session, delegates from governments, international organizations, and non-governmental organizations shared views and made concrete language proposals, article by article and provision by provision, to further improve the content of a future LBI. With the meticulous work of the secretariat colleagues from the UN Office of High Commissioner on Human Rights, for the first time in 6 years, the substantive changes and concrete text proposals from member states are reflected in real time in front of the negotiators and observers joining from all corners of the world, further facilitating the discussions and sharing of views despite the challenges posed by the pandemic.

However, behind this remarkable and seemingly promising development, significant challenges still cast dark clouds over the future of this important process. Among the 70 states that attended the session, only a quarter registered their concrete text proposals or reservations to the negotiation texts. Others either remained silent or voiced their refusal to engage in negotiation based on current texts at the beginning of the session.

For example, the United States, attending the Working Group for the first time in the 6 years since its establishment, proposed that instead of focusing on binding obligations and liabilities against transnational corporations’ human rights abuses, the Working Group should explore an alternative approach, such as a binding framework agreement building upon the UN Guiding Principles on Business and Human Rights that all stakeholders, including the business community, could support. Delegates from Japan and the United Kingdom also voiced the need for an alternative approach. Such a proposition evoked significant objections from civil society organizations, which worry that such a step back would waste the enormous resources stakeholders have already contributed in moving the LBI this far, causing a catastrophic blow to the entire process.

Other states were more concerned about the quality of the current draft. For example, states such as Switzerland and Russia made it clear that they were not ready to engage in text-based negotiation due to the ambiguity and gaps presented in the current draft.  Similarly, although the European Union and its member states announced their intentions to work with the chair in developing a consensus-based LBI, the bloc limited its interventions to seeking clarification questions without making any concrete proposals.

Furthermore, although many states (mostly Latin American and African states as well as some Asian states including China, Indonesia, Iran, Palestine, and Pakistan) submitted concrete textual proposals during the session with the aim of improving the current draft, these proposals covered a broad spectrum of positions, often appearing to leave little room for compromise. Like in the previous sessions, there are still wide disagreements among the states on the overall scope of the LBI (whether the coverage should be limited to transnational businesses or extend to domestic businesses as well); whether the instrument should impose any international obligations directly on corporations (and whether due diligence obligations should be extended to entire supply chains); the types of liability that should be covered (administrative, civil, or criminal); whether the LBI should impose domestic courts’ extraterritorial jurisdiction for alleged human rights abuses; and whether the LBI should establish the supremacy of human rights over other international law.

For those who followed previous sessions, it is clear that very few states changed their positions over the years. Despite being repeatedly reminded that the current negotiating texts had consolidated all comments received over the past 6 years, and certain compromises had to be made to secure the widest possible support to move forward, some delegates kept presenting textual proposals that had been reviewed and rejected by others in the past, making it almost impossible to reach consensus among the states.

To further encourage and facilitate states’ active participation in the process, at the closing of the session, the chair announced that he had no intention of preparing further revised chair’s texts in the future. Instead, the chair will invite a group of Geneva-based ambassadors as “Friends of the Chair” in the hope that they can move the process forward through informal consultations. With the support of these friends, an updated draft based on the current negotiating texts with additional text proposals will be sent for further deliberation by delegates next year.

However, this puts even more pressure on the chair, at least in the short term. All eyes are on the chair now to ensure that this group of “Friends of the Chair” will be formed and will operate in a fair, equitable, and transparent manner and that it can indeed help the chair reach the outcome that the Council mandated the Working Group to reach and addressing the concerns raised by many human rights advocates across the world. At the same time, states need to demonstrate more political will to prevent this entire process from becoming an exercise in futility. After all, when adopting Human Rights Council Resolution 26/9, which gave the mandate to this process, states clearly saw the need to regulate the activities of transnational corporations to prevent and remediate human rights abuses. Now is the time for the states to step into action.

The Secretariat has uploaded the draft summary report of the 7th Session. Annex II of this document contains the concrete textual proposals made by states during the session.

The author would like to thank Nathalie Bernasconi-Osterwalder, Kinda Mohamadieh, and Daniel Uribe for their valuable comments on earlier drafts.