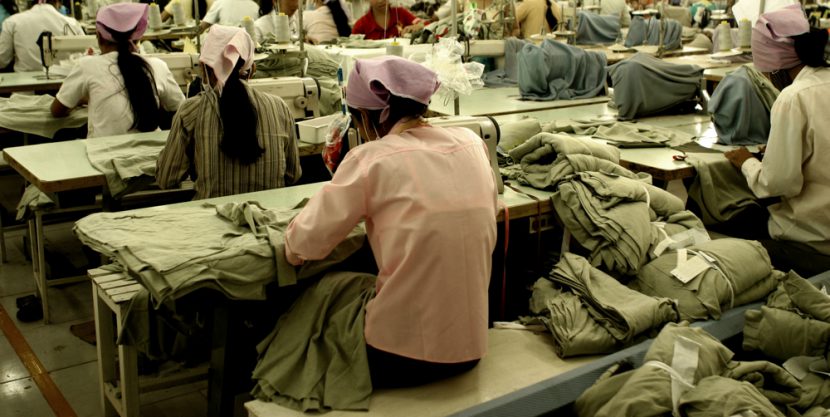 The negotiation of the binding treaty on business and human rights resumed its 6th Session in Geneva from October 26 to 30, 2020. The session took place in the midst of the second wave of COVID-19 infections hitting Switzerland. Unlike the previous sessions, where the 754-seat Human Rights Room of the UN Geneva was packed with diplomats and representatives from NGOs, for the first time, most participants had to join the session by video conferences or merely following Internet live streamings.

The pandemic might have dampened the in-person participation, especially from states and international organizations, but it certainly did not impede delegates from expressing their views on the third draft of the Legally Binding Instrument (LBI). Despite the chair’s attempt to accommodate as much as possible many of the earlier comments raised by states while still trying to keep the LBI a coherent document, it seems the chances for finding common ground among states have become even slimmer. As one delegate put it, states are facing a dilemma: while on the one hand, it is important to achieve an outcome that demonstrates their commitment to the highest values and standards of protection of human rights, on the other hand, practical constraints must be acknowledged to ensure these standards can be implemented.

A feeling of déjà vu

For people familiar with the ongoing investment law reform efforts at various international fora, there might be a feeling that they have already lived through many discussions similar to those that took place in the latest session of the binding treaty negotiation. The author would like to offer the following observations from the perspective of international investment law, hoping these can contribute to the negotiation on a binding treaty on business and human rights.

Similarly, during the binding treaty negotiation, the scope and definition articles were heavily debated. Article 3 of the LBI provides that the instrument applies to all “business enterprises.” Article 8 further requires state parties to impose liabilities on legal and natural persons for human rights abuses arising from their “business activities” or “business relationships.” All these terms are broadly defined in Article 1 of the LBI. According to the drafter of the LBI, this expansive approach was adopted to ensure the broadest range of businesses can be held accountable for human rights abuses resulting from their operation or that of their supply chains. Some participants criticized the approach during the debate, expressing the concern that businesses may be overburdened by some of these human rights responsibilities. Others defended the approach by citing the United Nations Guiding Principles (UNGPs)—Principle 14 of which explicitly acknowledges that businesses, regardless of their nature, size or structure, should be held accountable for any human rights abuses resulting from their business activities. If we compare this to the expansive rights and protections afforded to businesses under investment treaties, it seems only fair that the same broad scope should be applied in the human rights binding treaty to ensure these businesses are held to a certain level of human rights standards in their operations.

One of the primary purposes of the LBI is to “ensure [human rights victims’] access to justice.” (Art. 2.1.c) The current draft attempts to address this by, among other things, facilitating victims’ access to an appropriate forum where their grievance can be heard and providing them with access to the financial resources to lodge a claim.

In terms of access to an appropriate forum, the current draft LBI tries to limit the use of the forum non conveniens doctrine (Arts. 7.5, 9.3), which has prevented most victims from lodging claims against transnational corporations in their home state courts for human rights abuses which occurred in host states. Some states raised concerns that this may allow victims to engage in ”forum shopping,” and may result in “multiple proceedings.”

These are both serious issues on the table to be addressed in investor–state arbitration reform processes as well. Indeed, under the current international investment law framework, we have seen a proliferation of cases of investor–state arbitration, with cases initiated against states in multiple fora by essentially the same claimants based on the same set of facts. So far, according to UNCTAD’s database, more than two thirds of the existing investment treaties still do not contain any provisions addressing these multiple or parallel proceedings initiated by foreign investors. At the same time, however, victims of human rights abuses and violations do not usually have an alternative forum to receive meaningful remedies for their injuries, especially when home state courts—which would in many cases provide the most effective means of obtaining compensation—are inaccessible due to the forum non conveniens doctrine.

Furthermore, in many cases, victims of human rights abuses do not have sufficient financial resources to shop around different fora and initiate multiple proceedings. Indeed, they sometimes struggle to find the financial resources to be able to initiate proceedings at all. However, when the current draft LBI proposed providing victims with adequate financial support to lodge their claims (Art. 15), concerns were expressed about the possibility that this may fuel frivolous claims. At the same time, we are seeing an increasing use of third-party funding in investor–state arbitration. Speculative funders are financing claims against states in exchange for a contingency in the recovery. Some vulture funds have even turned this into a lucrative derivative business.[3] Nevertheless, when this issue is raised at ongoing ISDS reform processes, very few states consider this practice should be banned, and some go as far as to object to proposals to increase transparency and require claimants to disclose the sources of their funding.

Article 14.5 of the current draft LBI imposes an obligation on state parties to ensure the human rights compatibility of their investment and trade agreements, both in terms of the interpretation and application of existing treaties and the drafting and conclusion of future treaties. However, it is still not clear how this obligation is to be monitored or enforced, or to what extent this obligation will have an influence on ISDS tribunals. It is not unheard of for ISDS tribunals to have misinterpreted the intention of the state parties and disregarded the interpretation notes.[4] In this regard, the LBI should clarify that the interpretation and application of a trade or investment agreement on issues relating to human rights abuses is for the Joint Committee (Art. 15) to consider and the decision of the Joint Committee on this issue is binding on the tribunal. This is the approach adopted by the 2015 China-Australia FTA (Articles 9.11.4, 9.11.6, 9.18.3).

While there is a consensus among the states participating in the binding treaty negotiation that key elements of the relationship between business and human rights need to be addressed—including business accountability for human rights abuses and access to remedies by victims of human rights abuses—there are also serious disagreements about the scope and content of such a treaty. Some states see this negotiation as presenting an opportunity to establish a set of uniform and binding international human rights standards, both for states and businesses. Some states aim instead for incremental changes within the current international human rights law framework, for example, by closing some of the existing gaps but refraining from the creation of any new rights or obligations under international law. Finally, there are states which consider that actions taken by individual states and businesses to address human rights concerns are sufficient, and that the negotiation of the binding treaty would potentially hinder or even derail those efforts.

When following the UNCITRAL process on reforming investment arbitration, Anthea Roberts, an international investment law scholar, noted that states’ positions there could largely be labelled as “revolutionists,” “reformists,” or “loyalists,” very similar to what is taking place in the negotiations for the binding treaty. In the same blog post, Roberts also observed that “change is coming; it is just a question of what change will occur and when and how it will transpire ….Perhaps states will be able to agree on the need to discuss such reforms in a multilateral forum, even if they remain unable to agree (at least for now) on what reform or reforms might need to be adopted.” The same questions remain with regard to the landscape of business and human rights.