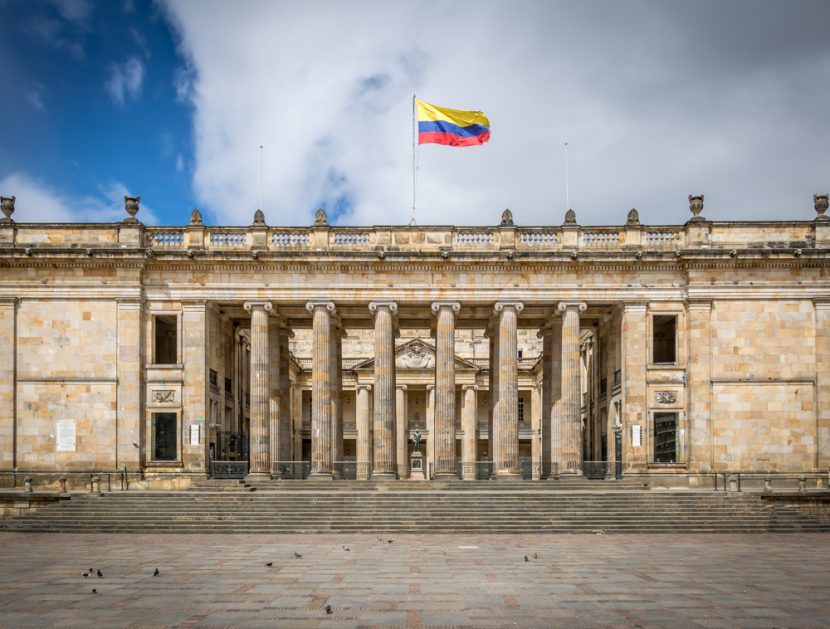 These two judgments have been regarded as landmark decisions[5] for three main reasons. First, the Court considered that there were sufficient reasons to abandon the lenient standard of review that had characterized the constitutionality control carried out with regard to previous IIAs in favour of a stricter standard of review, assessing the treaties from the standpoint of reasonableness.[6] Second, the Court used arbitral awards in order to understand the scope and content of each clause. Third, for the first time the Court conditioned the constitutionality of several provisions on the issuance of joint interpretative declarations that clarified their scope and content. However, the Court’s methodology has raised different concerns,[7] one of which was whether the joint interpretative declarations were suitable means under international law to address the Court’s concerns of constitutionality.

The Constitutional Court considered in judgment C-252 ( France–Colombia BIT) that several provisions of the treaty, first, admitted interpretations that were contrary to the Constitution and, in particular, to the principles of equality, legal certainty, and national sovereignty and, second, affected the competences of national authorities. Accordingly, the Court aimed, through joint interpretative declarations, to (i) prevent that an unjustifiable treatment to foreign investors was granted against national investors, (ii) clarify vague aspects of the FET provision, and (iii) define the scope and content of expressions such as “inter alia,” “treatment,” “in like situations,” “legitimate expectations,” and “necessary and proportional,”[8] which were included in the MFN, FET, and indirect expropriation provisions of the BIT.[9] Following the judgment, on August 5, 2020, France and Colombia signed the joint interpretative declarations; some of its most relevant provisions are as follows:

In the case of the Israel FTA, the Constitutional Court followed the same standard of review set by the judgment on the France–Colombia BIT (C-252). It raised objections to particular provisions of the investment chapter by directly quoting some of its considerations put forward on judgment C-252 and requested both governments to make joint interpretative declarations. As a result of this judgment, Israel and Colombia agreed on a joint interpretative declaration negotiated during April and May 2020.

The joint interpretative declarations in light of the judgments C-252 and C-254 and of public international law: Amendments rather than interpretations?

The Court’s decision to request joint declarative interpretations can be explained by the fact that IIAs are encrypted. The term “encryption” has been previously employed to describe the “dialectical relationship of technicisms and vagueness” that characterizes the international investment law, specifically IIA and awards and which precludes public participation and public accountability.[13]

Nonetheless, it is doubtful whether the interpretative declarations effectively decrypt the treaties and fully resolve some of the concerns put forward by the Constitutional Court. As an example, paragraph 1 of the interpretation on the France–Colombia BIT, which aims to prevent an “unjustifiable” favourable treatment to foreign investors over national investors, does not, in fact, resolve the issue. The term “unjustifiable” was defined neither by judgment C-252 nor by the declarative interpretation. However, the BIT itself, which is now part of the Colombian legal system, could be considered both by national authorities and by arbitral tribunals as a justification for treating foreign investors more favourably than national investors.

Moreover, given the exact wording of the Court’s conditions on the treaties, some concerns were raised regarding the nature of the underlying statements that were requested by the Constitutional Court. Specifically, these relate to whether some of the requests made by the Court and included in the joint interpretative declarations were substantial changes to the treaties amounting to a real amendment and not mere interpretations of the legal instrument. In the scenario of an amendment, the treaties would require a renegotiation of their terms[14] or even to reservations[15] notwithstanding their bilateral nature.

While the 2011 ILC Guide to Practice on Reservations states that the interpretation of a bilateral treaty by one party that is accepted by the other party “constitutes an authentic interpretation of that treaty,”[16] the 2013 ILC Draft Conclusions on Subsequent Agreements and Subsequent Practice in Relation to the Interpretation of Treaties states that subsequent agreements on the understanding by the parties as to the meaning of the treaty are “authentic means of interpretation” [17] that do not “necessarily possess a conclusive, or legally binding, effect,”[18] in opposition to an “authentic interpretation.”[19] This makes the distinction between an interpretation and an amendment of the treaty crucial. The answer to this question can produce effects at the international level, given that tribunals would give the declarations a different weight depending on their nature. Furthermore, it will have an effect at the domestic constitutional level, given that, if the joint declaration constitutes an amendment, it would have to undergo the same ratification process as the treaties. It is worth recalling that the acceptance by arbitral tribunals of the interpretation of the Free Trade Commission of NAFTA aimed at limiting the reach of the MST depended mostly on whether it was deemed as a reasonable interpretation or as an amendment, in which case it was largely ignored.[20]

From a constitutional and an international standpoint, it seems that the joint interpretative declarations on both treaties are not sufficient to overcome the encryption and uncertainty surrounding IIL. While the Constitutional Court was right to pursue a stricter constitutionality review of the treaties discussed here, the most suitable means to implement it are still to be found.

Carolina Olarte-Bacares is Dean of the Faculty of Law – Pontificia Universidad Javeriana (Bogotá, Colombia). She holds a Ph.D. degree in law from the Paris 1 Panthéon-Sorbonne University.

Enrique Prieto-Rios is Associate Professor, Director of the Research Group on International Law and Research Director of the Faculty of Law at Universidad del Rosario (Bogotá, Colombia). He holds a Ph.D. degree in law from Birkbeck – University of London.

Juan P. Pontón-Serra is a Junior Researcher at the Faculty of Law at Universidad del Rosario. He holds a postgraduate degree in international law from the Paris 1 Panthéon-Sorbonne University.

[1] Constitución Política de Colombia (1991) art. 141:10; the Spanish original of the Constitution can be found at http://www.secretariasenado.gov.co/senado/basedoc/constitucion_politica_1991.html.

[2] For a more detailed analysis of judgment C-252, see Ricaurte, F.S. (2019). Judgment C-252 of 2019 of the Constitutional Court of Colombia: Change of precedent on the control of BITs. Investment Treaty News. https://rspace.iisd.org/itn/2019/09/19/judgment-c-252-of-2019-of-the-constitutional-court-of-colombia-change-of-precedent-on-the-control-of-bits-federico-suarez-ricaurte/; the Spanish original of the judgment can be found at: https://www.corteconstitucional.gov.co/relatoria/2019/c-252-19.htm.

[6] According to judgment C-252, this implies analyzing (i) the legitimacy of the goals of the treaty and its provisions, and (ii) the suitability of the treaty measures to achieve these goals (Judgment C-252 of 2019, para. 65).

[9] Agreement between the Government of the Republic of Colombia and the Government of the French Republic for the Promotion and Protection of Investments (2014); the Spanish original of the BIT can be found at: http://apw.cancilleria.gov.co/Tratados/adjuntosTratados/6F5A7_FRANCIA_B-ACUERDOFOMENTOYPROTECCIONINVERSIONES2014-TEXTO.PDF

[10] Joint Interpretative Declaration between the Republic of Colombia and the French Republic Regarding the Agreement for the Promotion and Protection of Investments between Colombia and France, Signed on July 14th, 2014 (2020) (unofficial translation from the Spanish original, which can be found at: http://apw.cancilleria.gov.co/Tratados/adjuntosTratados/17523_DECLARACI%c3%93N%20INTERPRETATIVA%20CONJUNTA%20APPRI%20FRANCIA.PDF).

[11] Joint Interpretative Declaration between the Republic of Colombia and the State of Israel Regarding the Free Trade Agreement between Colombia and Israel, Signed on September 30th, 2013 (2020) (unofficial translation from the Spanish original, which can be found at: http://apw.cancilleria.gov.co/Tratados/adjuntosTratados/C7994_DECLARACIO%cc%81N%20INTERPRETATIVA%20CONJUNTA%20AL%20TLC%20CON%20ISRAEL.PDF).

[17] General Assembly. (2013b). Subsequent agreement and subsequent practice in relation to the interpretation of treaties. Text of draft conclusions 1–5 provisionally adopted by the drafting committee at the Sixty-Fifth Session of the International Law Commission. 6 May–7 June and 8 July–9 August 2013. A/CN.4/L.813 § (2013) Draft conclusion 4.

[18] General Assembly. (2013a). Report of the International Law Commission. Sixty-Fifth Session. Subsequent Agreement and Subsequent Practice in Relation to the Interpretation of Treaties, 22.