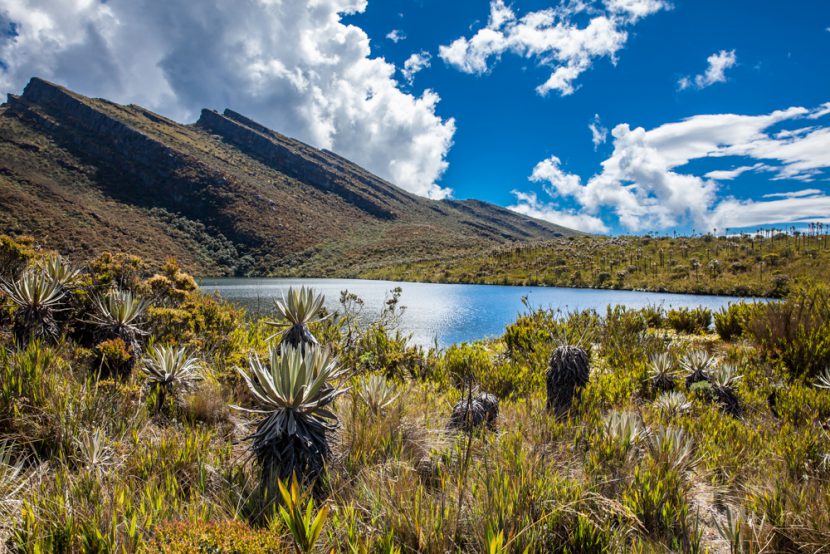 Supporters of the investment treaty regime often argue that it encourages good governance and the rule of law in countries to which it applies. The risk of investment claims is thought to incentivize states to create fair and consistent procedures for foreign investors which should then have positive spillover effects for the general population. However, there are very few studies empirically testing this proposition. My study of mining investments in the Santurbán páramo[1] in Colombia shows that the conception of good governance promoted by investment arbitration is an incomplete one. By prioritizing legitimate expectations and predictability, it does not give sufficient attention to systems of checks and balances existing in host states, and particularly to the role of the judiciary. It may even assume that judiciaries in developing countries are politicized or weak by default. The Santurbán study shows that, for a fuller understanding of the effect of the investment regime on good governance, checks and balances need to be considered alongside the predictability of a legal system.

Promoting good governance and the rule of law is frequently invoked as the rationale for the investment treaty regime. Supporters of investment arbitration argue that its existence incentivizes the reform of domestic legal systems in developing countries and that the standards imposed on investors ensure predictability and consistency in decision making by domestic courts.[2] This justification has also been raised by investment tribunals. As analyzed by Sattorova,[3] in a string of arbitral awards tribunals have proclaimed that transparency, stability, predictability, and consistency are elements of the FET standard.[4] In Occidental, for example, Ecuador was sued for a denial of tax refunds to a foreign investor.[5] The country’s tax agency had annulled the grant of refunds, finding it based on a mistaken interpretation of tax law. The arbitral tribunal found that there was an international obligation not to alter the legal and business environment in which the investment had been made, which Ecuador had breached through its tax agency. In this and other cases, the tribunals have interpreted the FET standard to encompass not just a procedural standard on the clarity of changes to the legal environment but also a substantive requirement of legal stability.

The need for empirical testing

While the “good governance rationale” plays an important role in arbitral decisions and policy discussions, there has been little empirical testing of the proposition that recourse to investment arbitration enhances good governance and the rule of law. The few studies on the topic have questioned the validity of such arguments, primarily due to the finding that many officials from the studied countries had little awareness of the implications of investment treaties.[6]

There is also a need for more discussion of the role that domestic judiciaries play regarding investment treaty claims. Generally, the “good governance rationale” assumes that domestic judiciaries in developing countries are weak and likely to be politicized, and yet there has been a broader trend, in Latin America and around the world, of courts stepping outside of formalist conventions and taking a more activist stance toward protecting constitutional rights.[7] In Latin America, courts have become much more important as political actors.[8] This has taken place partly thanks to activist litigators emphasizing the role of courts as protectors of human rights, and it has been further aided by the development of protections of courts from political pressures.[9] The perception of judicial bodies in the Latin America as by default weak and requiring substitution by an international arbitration body is out of date and does not give space to the role of domestic judiciaries in pursuing the rule of law.

My research on mining in the Santurbán páramo contributes to filling these gaps in the literature on investment treaties and good governance through an empirical study of the interactions between a domestic judiciary and investment arbitration.

The páramo is a highland ecosystem, unique to the Andes, that is home to significant biodiversity and an important source of fresh water. Many of the Colombian páramos also happen to lie on gold and mineral reserves. During the Uribe administration (2002–2010) attracting foreign investment in extractive industries was a top priority, and many multinational mining companies initiated activity in these areas. This created a complicated situation for the Santos governments (2010–2018), which, while supportive of extractive industries, wanted to develop environmental protection of the páramos. Santurbán, traditionally a mining region, was a particularly difficult case. Strong civil society groups in the cities surrounding the páramo oppose large-scale mining, while many people living in the páramo depend on some form of mining for their livelihood.

The government set out to delimit the páramos and prohibit mining within them. Nonetheless, the prohibition included a sunset clause that allowed those who had already obtained mining licences to continue.[10] A Constitutional Court case found that clause to be unconstitutional and immediately placed a prohibition on mining.[11] The judges were aware that this could bring about investment claims—indeed, it was one of the key reasons for Judge Linares’ dissent, arguing for the sunset clause.

Subsequently, mining companies brought investment claims against the Colombian state. They based their claims, inter alia, on the legal uncertainty regarding the delimitation of the páramos.[12]

The Santurbán study analyzes the different stages of decision making that led to the prohibition of mining, and it is based on over 30 interviews with officials, judges, and civil society representatives, conducted during two months of fieldwork in Colombia. A detailed analysis of the decision-making process sheds light on the effects that investment arbitration can have on good governance in practice, in particular regarding the role of the national judiciary.

An incomplete concept of good governance/rule of law

Contrary to the findings of other empirical studies of the impact of investment treaties, officials and judges involved in the Santurbán case generally had a very high level of awareness of investment law and its implications. Further, Colombia has put in place programs to train state officials about investment law, part of a broader strategy of creating a stable juridical environment.[13] The risk of arbitration claims was discussed in the Constitutional Court, but the majority of the judges did not consider it a valid reason to allow mining in the páramos; rather, they founded their decision to prohibit it on constitutional principles. The judges I interviewed told me that there had been heated discussions about the risk that the proposed prohibition would lead to international claims. Nonetheless, the majority of the judges did not consider the risk of arbitration to be a relevant consideration. The judges saw their role as providing a counterweight to the short-term perspective of those in power through taking a more long-term view of the constitutional problem (paragraph 176 of the judgment). Thus short-term effects— the risk of arbitration— could be disregarded if protecting constitutional rights so required.

The mining companies suing Colombia claim that their legitimate expectations were violated due to Colombia’s alleged uncertain, unstable, and unpredictable legal framework. However, the case study shows that any lack of predictability involved in the process of regulating was not due to weak and incompetent institutions. Rather, the shift in policy was due to strong institutions that were capable of exercising judgment independently of each other. The Constitutional Court made decisions that checked the power of the government. Many authors writing on the rule of law argue that an independent judiciary is one of its essential components.[14] For the investment treaty regime to fully support the rule of law, it needs to recognize that there may be cases in which the correct functioning of an independent judiciary, which involves conducting review of laws created by the other branches of the state, leads to somewhat less stability and predictability of the legal regime governing the rights of the investor. Therefore, the “good governance rationale,” through being based on the presumption that judiciaries are weak and inefficient, ignores the possibility that the law-making process could lead to less predictable outcomes (thus creating legal uncertainty) precisely because the judiciaries are strong and doing their job.

The need to consider checks and balances

The impact of the investment treaty regime on the rule of law and good governance will vary contextually; to understand it better, we need to test it empirically. The Santurbán case highlights the crucial role of the domestic judiciary, which is not sufficiently recognized in the discussion of good governance and the rule of law in arbitration tribunals. It shows that the concepts of good governance and the rule of law in arbitral court decisions are incomplete, as they do not consider the importance of checks and balances in a state’s decision-making process. A fuller understanding of these concepts would recognize that, at times, checks on the exercise of power can justifiably lead to less stability or predictability of the legal framework.

Anna Sands is a policy specialist on trade at WWF UK. She also collaborates with the Global Economic Governance Programme at the Blavatnik School of Government. She has an MPhil in Development Studies, and her MPhil research focused on the empirical effects of investment arbitration on government policy choices.