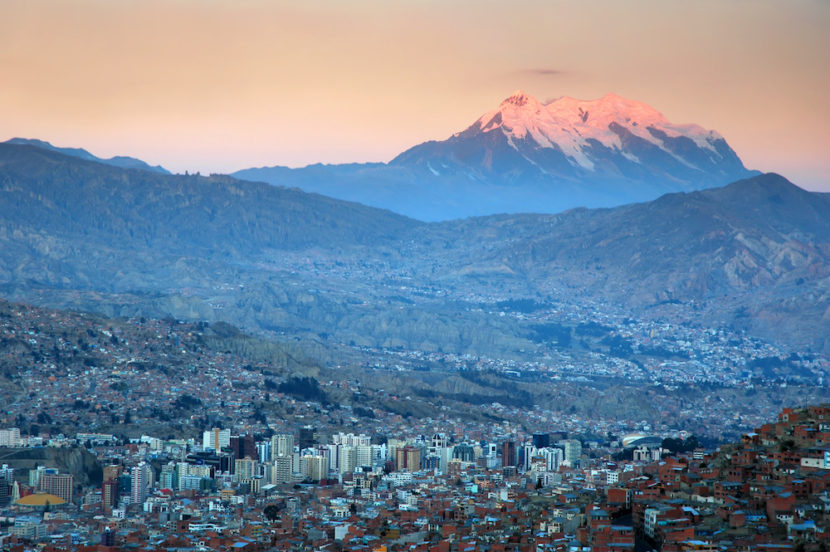 Bolivia’s new policies regarding foreign investment and arbitration have not gone unnoticed by ITN in the past.[1] The laws on investment promotion and on arbitration are two of the most notorious pieces of legislation resulting from the process of change initiated by the Bolivian government under President Evo Morales since 2006. These two laws, along with the law on state-owned companies, have been labelled by the Attorney General of Bolivia as the “New Investment Laws” of Bolivia,[2] and reflect Bolivia’s public policy regarding investment protection and the participation of the private sector in the economy.

However, it is still hard to provide a clear and certain answer to one of the most important questions that these laws were meant to resolve: can Bolivian state-owned companies submit to international arbitration? Different answers can be drawn depending on the type of state-owned company, the transaction at hand and the specific industry. For this, we must make a careful reading of the three New Investment Laws altogether. However, even combining the three laws, the drafting of the norms on this topic is unclear and may be subject to different interpretations. This note tries to describe the current scenario in Bolivia.

1. Why are state-owned companies so important for Bolivian investment policy?

The structure of the Bolivian economy has undergone many changes under the Morales presidency. Before 2006, the key companies and public services in Bolivia were “mixed corporations,” with capital from both the state and foreign private companies, as a result of the privatization and capitalization measures implemented in the 1990s (Law 1554 of 1994). Since 2006, the government has implemented a policy to recapture natural resources, which led to a series of nationalizations and expropriations, and to the rise of many state-owned companies.

The state’s new role in the Bolivian economy is the reason why state-owned companies are now so important for investment policy. They have become protagonists in the most important industries of the Bolivian economy. As part of this new policy, the Bolivian Constitution was reformed in 2009, and the recapture of natural resources was one of the most important changes in the new Constitution. Article 309 of the Constitution provides that managing the property rights over natural resources and controlling the production and industrialization of such resources is one of the objectives of state-owned companies. The Constitution only mentions the word “arbitration” once, and it does so to provide that foreign companies performing activities in the oil and gas sector may not submit to international arbitration (Art. 366).

Under the Constitution, the state’s role in the economy is “to direct and control the strategic sectors of the economy” (Art. 316), such as oil and gas, mining, electricity and others. The result of this policy change is that strategic industries of the Bolivian economy are inaccessible to foreign investors, unless the investment is channelled through or made in collaboration with state-owned companies.

In addition, many smaller state-owned companies have entered non-strategic sectors of the economy and compete in them with the private sector. Among these companies are Papelbol (paper), Cartonbol (carton), Lacteosbol (milk products) and BOA (airline). It is reported that currently 63 state-owned companies, with varying degrees of state intervention, operate in Bolivia.[3]

2. What do the New Investment Laws provide for state-owned companies?

a. Laws on State-Owned Companies and on Investment Promotion

These two laws deal with arbitration only indirectly. The Law on State-Owned Companies—which predates the Arbitration Law—simply provides that disputes among the partners within state-owned companies (namely, between private companies and the state) will be subjected to specific norms to be established in the new arbitration law to be created.

The Investment Promotion Law takes a similar approach regarding dispute resolution. It mandates the publication of a new arbitration law, which “shall include specific regulations for dispute resolution regarding investments” (Law 516, Transitory Art 3.I) and must be framed in the “principles of equity, truthfulness, good faith, confidentiality, impartiality, neutrality, legality, celerity, economy and mutual acceptability” (Law 516, Transitory Art. 3.II). In line with this mandate, the arbitration law enacted later includes a separate section addressing investment dispute resolution and expanding the principles of law applicable to that specific section.

In another important feature, the Investment Promotion Law reinforces the provisions of the Constitution by providing that only subject to the rights granted by the state may private investors develop economic activities in strategic sectors (Law 516, Art. 6). It also defines the differences between Bolivian, Mixed and Foreign Investments. These terms are also used in the Arbitration Law enacted later.

b. Law on Arbitration

To arrive at the core part of the question, it is necessary to take a closer look at Law 708 on Conciliation and Arbitration.

The point of departure is the list of non-arbitrable matters (that is, matters expressly excluded by law from being subject to conciliation and arbitration). Among these, the law expressly excludes “property over natural resources,” “administrative contracts, with the exceptions set forth in the Law,” and “matters affecting the public order” (Law 708, Art. 4).

Therefore, administrative contracts cannot be subject to arbitration, with some unclear exceptions not expressly mentioned. State Companies may enter into administrative contracts, but also into commercial agreements, which, under this article, should not be reached by this restriction. Also, the ambiguity of the term “public order” provides ample room for discussion. Would any right of a state-owned company be considered non-arbitrable, as it affects public interests and thus would be considered “a matter affecting public order” within the meaning of the law?

Regarding these two points, it is important to note that Article 6 might be contrary to the constitutional provision that prohibits according foreign enterprises conditions more favourable than those accorded to Bolivian companies (Constitution, Art. 320). Why is it possible for foreign companies to submit to arbitration, while this option is not available for Bolivian companies? On the other hand, Transitory Article 4 also creates interpretation problems regarding the word “while” (“en tanto” in Spanish), because it is unclear whether arbitration is available to the companies that have already migrated to Law 466 or whether it is only available to companies that have not yet migrated to the new regime.

Finally, the Arbitration Law establishes a whole new section on “disputes with the state regarding investments” (Law 708, Title IV, Chapter II). In this section, the law relies heavily on the definitions of the other New Investment Laws, by establishing different rules for Bolivian Investments, on the one hand, and for Mixed and Foreign Investments, on the other. However, in both cases, the law provides that arbitration shall be domestic and have its seat in Bolivian territory, and that Bolivian law shall be the procedural law applicable to the arbitration (lex arbitri), thus barring the possibility of subjecting investment disputes to international arbitration facilities.

It is logical to assume that these provisions on investment are applicable to all kinds of investment made in Bolivia, including foreign direct investment. However, as a result of the constitutional provisions explained above and of the heavy presence of the state in so many industries in the Bolivian economy, it is likely that these provisions would have special importance for investments channelled through Mixed Companies or Mixed State Companies.

It is not easy to draw hard conclusions on inconclusive norms. I believe that the best way to summarize this note is from the perspective of the foreign investor. If the foreign investor participates in a strategic sector of the Bolivian economy (for example, oil and gas), international arbitration with the state seems to be completely barred by constitutional provisions. Contracts between foreign investors and state-owned companies regarding other industries may be submitted to arbitration, but only if the agreements are not administrative in essence, or provided that the barrier of “non-arbitrable” matters can be successfully avoided by applying one of the exceptions of the arbitration law. On the other hand, if a foreign investment takes place through a state-owned company, disputes between the investor and the state as partners of the company may be submitted to arbitration, but following the specific norms applicable to the different types of investments and of state-owned companies, in which case international arbitration is out of the question. Clear and conclusive jurisprudence will be very important to shed more light on these intricate rules.

José Carlos Bernal Rivera is a Bolivian lawyer. He holds an LL.M. from Harvard Law School and is qualified to practice law in Bolivia and the State of New York. Currently he is a senior associate at the firm Guevara & Gutiérrez in La Paz, Bolivia.