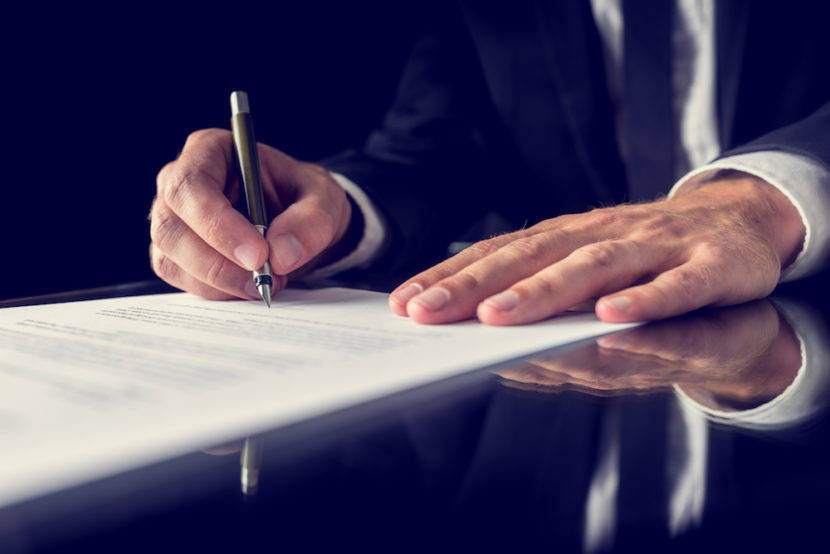 A significant percentage of investor–state dispute settlement (ISDS) claims are reportedly settled between the parties to the dispute before an award is issued. By one count, 26 per cent of investment disputes concluded as of December 31, 2015 (444 cases) were settled.[1] This number is almost certainly an underestimate: it does not capture the settlement of disputes that are not publicly known, and does not reflect any settlements negotiated prior to the filing of an ISDS claim.

Settlements can be seen as positive outcomes, saving parties the time and expense of arbitration. However, in the context of disputes involving governments, settlements raise threats to principles of good governance, including government accountability, respect for the rule of law, transparency, and respect for citizens’ rights and interests under domestic law and international human rights norms.[2] When a settlement agreement also includes the settlement of a counterclaim, the threats are exacerbated.

To date, although discussions of investment treaty and ISDS reform have intensified and have effected change in certain areas, these issues regarding settlements and counterclaims have received relatively little attention. Yet, given the frequency of settlements, the apparent ascendency of counterclaims and the policy issues both raise, any reform agenda must also cover these topics. After highlighting some of the problematic aspects of settlements and counterclaims, this note suggests some possible ways forward.

In ISDS disputes, respondent states are often represented by a particular national agency that, depending on domestic law and institutions, may exercise sole or significant control over litigation strategy, deciding which arguments to advance or avoid, as well as whether and on what terms to settle. This raises issues for the intra-governmental and intra-national distribution of powers.

Assume, for example, that the agency handling a dispute is also responsible for negotiating investment treaties and handling other issues relating to cross-border economic and political activities, and that the conduct challenged by the investor is failure by environmental officials to authorize a proposed project. The government body defending the case may have the power to settle the dispute by agreeing to waive environmental requirements irrespective of environmental officials’ legitimate concerns.[3]

A wide range of similar situations could arise in which the settling entity adopted positions contrary to the prerogatives of other national agencies, the intent of legislatures, or the rights of subnational governments.

Relatedly, a settling agency could undermine the rights of constituents. A settlement might authorize a mining project resisted by local communities; offer a tax exemption depleting funds available for social services; approve electricity tariffs out-of-reach for consumers; guarantee privileged access to water, land, or other natural resources over competing claims;[4] or include any number of other commitments to act or not act, or pay or forego damages.

As has been recognized by courts and commentators in the context of domestic litigation, giving the government such broad powers to unilaterally determine what arguments to make and what settlements to adopt can significantly—and negatively—impact the rights and interests of non-parties to the litigation.[5] As one academic has noted, “consent of the Government” is not the same as “consent of the governed.”[6]

Emphasizing these issues, the U.S. Chamber of Commerce, a business organization, has highlighted a “sue and settle” problem that arises when government agencies settle, rather than defend, lawsuits by private parties. By entering into settlements, the U.S. Chamber of Commerce states, a government agency commits itself to “legally binding, court-approved settlements negotiated behind closed doors, with no participation by other affected parties or the public,” which allows agencies to avoid the legislatively established norms governing the rulemaking process, frustrating the separation of powers and distorting the priorities and duties of the agency in favor of private outside groups.[7]

These concerns are even more valid in the context of ISDS.

2. Protections for the public interest: Domestic law vs. investment law

Various rules and mechanisms exist in some domestic contexts for public and judicial oversight of settlement agreements. These include:

For one, with the exception of a recent agreement concluded by the European Union,[11] there is no express requirement in treaties or arbitral rules that a settlement agreement concluded between the disputing parties and not submitted to the tribunal be made public. If submitted to the tribunal and entered as an order or award, the agreement may come to light, but may do so too late for any response. A growing number of treaties and the Rules on Transparency of the United Nations Commission on International Trade Law (UNCITRAL) require transparency of awards, among other documents related to an arbitration. Even so, there are no precise rules regarding timeliness of such disclosures, and no requirement that, even if a settlement agreement were transmitted to a tribunal, it would be made public before being given the tribunal’s powerful stamp of approval.

Moreover, investment treaties and the arbitral rules they apply contain no provisions enabling non-parties to join ongoing litigation and weigh in on or challenge proposed settlements. The most non-parties can do is seek to provide input as an amicus curiae, with no guarantee that their voices will be taken into account. And, while doctrines such as the Monetary Gold principle may safeguard the rights of non-parties by requiring dismissal of cases whose resolution will affect non-parties’ interests, tribunals have tended to apply this doctrine narrowly, if at all. This is particularly concerning because, as one recent study found, settlements are more likely when private and state parties wish to hide procedural and substantive outcomes from other stakeholders.[12]

Finally, given the international law nature of ISDS cases, the settling agency may be able to successfully assert that the primacy of international law over domestic law justifies, if not mandates, enforcement of any ISDS settlement.

Even if the settlement agreement were clearly unlawful under the respondent state’s law, it might be difficult for the state (or constituents within the state) to prevent its enforcement. Assume stakeholders in a state successfully challenged the validity of a settlement agreement in domestic courts. If the government subsequently refused to abide by the settlement agreement, the investor could challenge the government’s breach in ISDS and may succeed, as tribunals have enforced contractual commitments made by governments even where those commitments have doubtful legality under applicable domestic law.[13]

A settlement agreement would be even further immunized from challenge if it were entered as an award, even though questions may arise regarding enforcement of non-pecuniary remedies. Under the Convention on the Recognition and Enforcement of Foreign Arbitral Awards (New York Convention), the agreement could potentially be vacated at the seat of arbitration, or refused enforcement on public policy grounds. However, these recourse options may not preclude eventual enforcement.[14] Under the Convention on the Settlement of Investment Disputes between States and Nationals of Other States (ICSID Convention), the opportunity to resist enforcement is even narrower.

3. Issues with settlements as part of counterclaims

These concerns over settlement may be magnified when the substantive obligations that are the subject of a settlement agreement also involve government counterclaims.

Many concerns relate to the overarching issue of whether and which claims are or should be the government’s to bring and settle: Can a respondent state settle claims relating to harms the investor caused to the state’s citizens? If so, would the settlement preclude future actions against the investor by those who were harmed? While some tribunals have declared that investors who are not a party to a settlement agreement are not impacted by its terms, it is unclear that the same rule would apply when judging the effects of an ISDS settlement agreement reached by the state, given the state’s arguable power to represent (and potentially dispose of claims by) its constituents.[15]

What is to prevent a state from using human rights or environmental claims of harms to marginalized communities as bargaining chips? Are there any reliable mechanisms to ensure that communities will receive any amounts recovered from the investor? Similarly, are there checks to ensure that any settlement reached by the state is adequate in light of the investor’s conduct and the harm suffered by third parties? Any rules for avoiding collusion between the investor and state to dispose of particular claims through an ISDS settlement agreement?

These questions do not have easy answers, and it is outside the scope of this note to explore them—and the many similar questions that may arise—in detail. Even so, they are important to raise in order to highlight the reality that counterclaims might benefit the settling state, but may not benefit, and may in fact harm, the rights and interests of stakeholders within that state. Procedural and substantive mechanisms at the national and international law levels are needed to avoid those intra-national harms.

4. Proposals relating to the settlement of investment disputes

To the extent ISDS continues to be included in investment treaties, states may consider adopting measures to identify and address the threats to good governance raised by settlements and counterclaims. Options could include:

[5] See, generally, Morley, M. T. (2014). Consent of the governed or consent of the government? The problems with consent decrees in government-defendant cases. Journal of Constitutional Law, 16(3), 637–696, pp. 647–649. Retrieved from http://scholarship.law.upenn.edu/jcl/vol16/iss3/2. See also Johnson, L., & Sachs, L. (2015). The TPP’s investment chapter: Entrenching rather than reforming a flawed system. Retrieved from http://ccsi.columbia.edu/2015/11/18/the-tpps-investment-chapter-entrenching-rather-than-reforming-a-flawed-system.

[7] U.S. Chamber of Commerce. (2013, May). Sue and settle: Regulating behind closed doors, p. 3. Retrieved from https://www.uschamber.com/sites/default/files/documents/files/SUEANDSETTLEREPORT-Final.pdf.