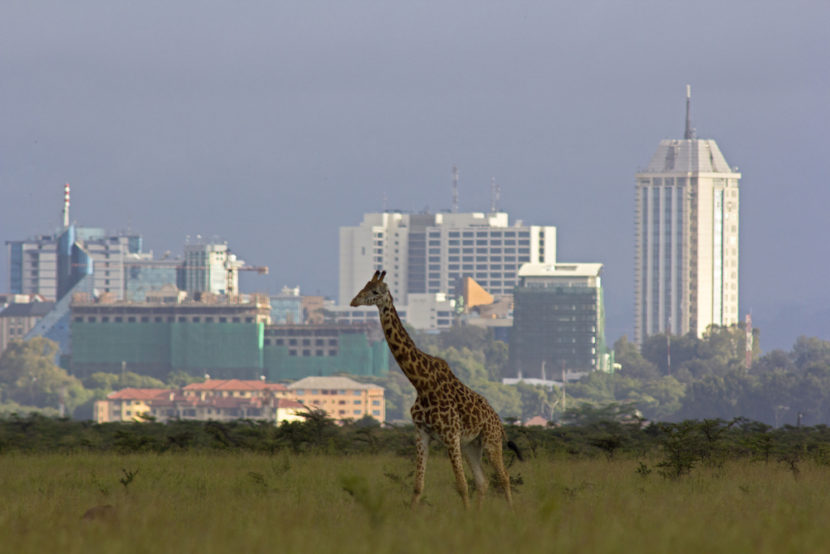 As part of the World Investment Forum (WIF) 2016,[1] negotiators of international investment agreements (IIAs) and various stakeholders convened at the High-Level IIA Conference on July 19, 2016 in Nairobi, Kenya. Some 50 country delegates, parliamentarians, officials of international organizations and civil society representatives discussed the first phase of IIA reform and how to move to the next phase.

The “first phase” refers to IIA reform processes that started a few years ago and are now the new normal in international investment policy-making: many countries reviewed their IIA networks, developed model treaties with refined provisions and negotiated more sustainable-development-friendly treaties; others have started such processes. According to the World Investment Report 2016, over 100 countries have engaged in IIA reform, often using the Investment Policy Framework for Sustainable Development and the Roadmap for IIA Reform prepared by the United Nations Conference on Trade and Development (UNCTAD) as guidance. Building on the lessons learned so far, “phase two” aims at comprehensive reform, also addressing the stock of IIAs.

While the degree of IIA reform engagement and the approaches taken continue to vary across countries and regions, a consensus on the need for IIA reform emerged in the first phase. The speakers at the IIA Conference unequivocally supported IIA reform, and a common message was that it should promote sustainable development objectives, safeguard the right to regulate and pursue a balanced approach, while protecting and promoting foreign investment.[2] Another recurring message was the need for a more coordinated approach to the reform of investment treaties and dispute settlement, including through intensified dialogue at the multilateral level. Several speakers considered that phase two should address the fragmented nature of current reform responses.

The IIA Conference was marked by a great willingness to consider options and new suggestions for the next phase of IIA reform. Several speakers saw opportunities for collaboration in the long term, for example with regard to a multilateral investment court, an appellate mechanism or guiding principles for investment policy-making. At the same time, a note of caution was perceptible concerning certain novel approaches to investment dispute settlement.

Representatives of individual G20 members speaking at the IIA Conference welcomed the G20 Guiding Principles for Global Investment Policy-Making and acknowledged UNCTAD’s contribution to their elaboration. The non-binding Guiding Principles were agreed on during the G20 Ministerial Meeting in Shanghai in July and endorsed by G20 leaders at the Hangzhou Summit in September. A few statements alluded to the development of South–South Principles on International Investment for Sustainable Development, which was the topic of a side event organized by the International Institute for Sustainable Development (IISD) and the Kenya Investment Authority (KenInvest) during the WIF. The side event discussed the need and feasibility of developing principles to enhance South–South cooperation for comprehensive reform of the investment regime.

Investment facilitation in IIAs and beyond

Right to regulate and responsible investment

Many speakers considered that preserving the right to regulate and balancing the rights and obligations of states and investors were principal IIA reform objectives. Several speakers also suggested that IIAs should address the promotion of human rights and the protection of health, environmental and labour standards. Some noted that their IIAs included language to this effect. The Canada–European Union Comprehensive Economic and Trade Agreement (CETA), which contains an article reaffirming the right to regulate and a “non-stabilization” clause, was mentioned as a recent treaty example. Several speakers expressed their commitment to promote responsible investment. One stakeholder suggested that UNCTAD and other organizations need to work more on enforceable investor obligations in IIAs and on the nexus between investment and sustainability.

With regard to the substantive content of IIAs, the participants identified the definitions of investment and investor, fair and equitable treatment, indirect expropriation, the umbrella clause, denial of benefits and the survival clause as provisions to be addressed in reform efforts. Among others, further research was suggested on the definition of portfolio investment, the term “substantial business activities” and the scope of the right to regulate.

Further exploring options to reform investor–state arbitration was seen as an ongoing task for the next reform phase. Many speakers welcomed the EU proposal for an investment court system, consisting of a first instance tribunal and an appellate tribunal, and its incorporation into EU agreements with Canada and Viet Nam. It was seen as an innovative option to address legitimacy and other concerns related to the existing investor–state dispute settlement (ISDS) mechanism. EU member states and a few non-EU countries stressed the need for an appellate mechanism to increase consistency in ISDS decisions.

The EU representative and several EU member states suggested that including investment court systems in individual treaties could be a step toward creating a multilateral investment court. One participant added that a multilateral treaty could create such a court to replace arbitral tribunals under current treaties. Another speaker cautioned that it was uncertain whether an investment court would deliver increased fairness and impartiality and that this approach might carry risks.

Several speakers suggested strengthening dispute prevention and alternative dispute resolution mechanisms. Some representatives outlined the steps their countries were taking in domestic laws and investment treaties to encourage the settlement of disputes by means other than arbitration. For example, they created joint committees entrusted with the mediation of disputes or ombudspersons to facilitate investor–government relationships.

Some speakers also suggested exploring domestic and regional courts as alternatives to arbitration. One speaker referred to the country’s new model treaty, which requires the exhaustion of local remedies before recourse to arbitration. Another country representative presented a treaty approach that relied on state–state arbitration rather than ISDS. Two other speakers noted that ISDS was a necessary component of IIAs.

To assist countries with limited resources and expertise, one country representative proposed a legal advisory agency on investment dispute settlement, for example modelled after the Advisory Centre on World Trade Organization (WTO) Law.

Intensified collaboration and coordination for phase two of IIA reform

Several speakers discussed how to address the challenge of increasing fragmentation in IIA reform efforts and treaty-making. Some suggested that more dialogues and exchanges were desirable at the multilateral level. As potential avenues for such multilateral engagement, speakers identified discussions on setting-up a multilateral investment court or a global appellate mechanism and consensus-building on the scope of key provisions. The latter could be supported by the sharing of best practices.

Consensus-building, intensified collaboration and coordination among countries could also help deal with the deficiencies in existing treaties. More specifically, one speaker suggested exploring whether the UN Convention on Transparency in Treaty-based Investor–State Arbitration (Mauritius Convention) could serve as a model for a mechanism to reform the large stock of investment treaties that do not contain the safeguards and clarified language of more recent treaties.

Several speakers emphasized their openness to learn from other approaches and suggested that flexibility, pragmatism, openness and creativity could facilitate IIA reform. One participant stressed the role of civil society in reform efforts.

Many speakers called for an increase in capacity-building and technical assistance activities by UNCTAD and others to support efforts to reform complex IIA networks, particularly in developing and least developed countries. Several developing country speakers drew attention to the challenges in treaty negotiations and renegotiations. It was noted that the UNCTAD Investment Policy Framework and Roadmap for IIA Reform provided useful guidance in this regard. UNCTAD was asked to develop more policy tools to support IIA reform processes, for example through a checklist or action plan for phase two of reform.

Many speakers asked UNCTAD and other organizations such as the Organisation for Economic Co-operation and Development (OECD) and the United Nations Commission on International Trade Law (UNCITRAL) to continue to provide platforms for policy dialogue on IIA and ISDS reform.

In parallel with the WIF, the 194 UNCTAD member states met in Nairobi for the 14th session of UNCTAD and reached consensus on UNCTAD’s work program for the next four years. The outcome document—the Nairobi Maafikiano—gives a central role to UNCTAD in delivering the SDGs and covers a broad range of activities in the trade, investment and development area. It also states that UNCTAD should “continue its existing programme of meetings and consultations with member States on [IIAs] in accordance with the Addis Ababa Action Agenda, maintaining its role as a forum for international discussion on [IIAs], and assist member States in their efforts to strengthen the development dimension, as appropriate” (paragraph 38(l)). UNCTAD should also continue to “promote a better understanding of issues related to [IIAs] and their development dimension” (paragraph 55(hh)). This provides a solid framework for UNCTAD’s work on IIA reform in the years to come.

Video recordings and statements of the IIA Conference are available at http://unctad-worldinvestmentforum.org/programme2016/international-investment-agreements-conference-2016.

James Zhan is Director of UNCTAD’s Division on Investment and Enterprise and Chief Editor of the World Investment Report. Diana Rosert is Associate Legal Affairs Officer in UNCTAD’s Section on International Investment Agreements.

The views expressed in this article are those of the authors and do not necessarily reflect the views of UNCTAD.

[2] UNCTAD’s Investment Policy Framework on Sustainable Development was used as a reference.

[3] UNCTAD’s Global Action Menu for Investment Facilitation was at the centre of the debate throughout the WIF 2016. A number of individual events referred to the need to bolster investment facilitation through a concrete global action plan. The September 2016 update of UNCTAD’s Global Action Menu is available at http://investmentpolicyhub.unctad.org/News/Hub/Home/519.