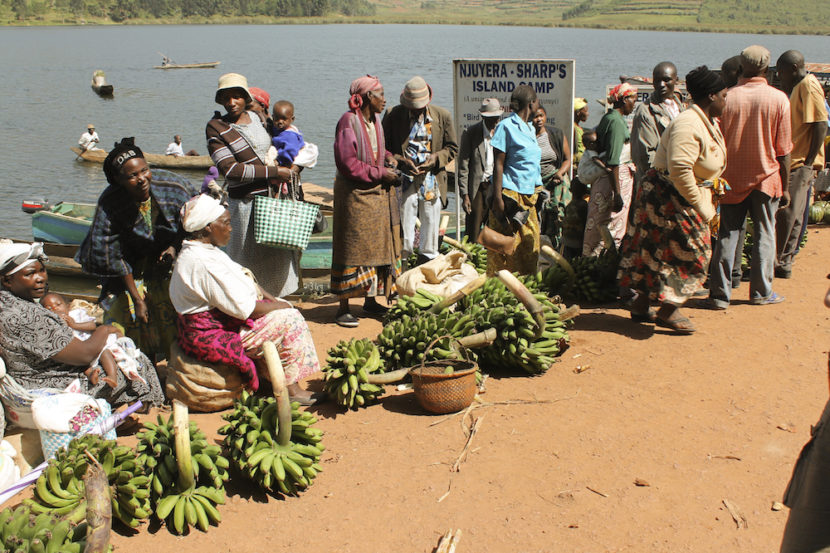 Historically, S&D in the trade context emerged from the call for differentiation concerning the extent, exemptions and assistance afforded to developing countries. S&D was codified as a normative rule of the General Agreement on Tariffs and Trade (GATT) in 1979 in the so-called “enabling clause,” which provides for preferential treatment for developing countries, on a non-reciprocity basis, in a manner commensurate with their development needs. It provides greater policy space for developing countries,[1] reflecting the fundamental idea that “no one size fits all.” The decision embedded in the GATT allowed developing countries to deviate from most-favoured-nation (MFN) clauses and other non-discrimination obligations, establishing a Generalized System of Preference (GSP) in the MTS. Essentially, the pre-Uruguay GSP provided for preferential rights for developing countries, including enhanced market access, flexibility in adopting protective measures and reservations, and a waiver of some of the GATT disciplines.[2]

By rebalancing the international law principle of sovereign equality, which calls all states— irrespective of their level of development—to equally abide by international agreements, S&D aims to enable developing countries to abide by their commitments without hindering their development process. The concept has gained prominence following the entangled debate on the relationship between trade and development. It has also built on the economic inequalities that justify the application of the differentiation principle to developing countries, stipulating that “market access would need to be established on terms that benefit the least advantaged.”[3] In this context, S&D treatment emerged to formally accord developing countries some flexibilities and preferences to implement economic agreements, depending on their needs and capabilities.

2. S&D: From trade to investment

For the same reasons, S&D was later mirrored in international investment agreements, mainly in those between developing countries. In particular, South–South regional agreements encapsulated annexes of reservations, allowing each contracting party to take into account its national policy objectives.

Arguably, S&D was triggered on the basis of the 1969 Vienna convention on the 1969 Vienna Convention on the Law of Treaties, which defines reservation as “a declaration made by a State by which it purports to exclude or to alter the legal effect of certain provisions of a treaty in their application to that State.”[4] In this context, international law forges discretionary margins to determine the extent of each reservation. In a more general sense, reservations are regarded as a tool to adjust treaty obligations to comply with state laws and regulations.

Preferential rights for developing countries gained momentum in the 1980’s with the growing perception of market externalities and spillovers on domestic industries and enterprises of host states. This is especially true for developing countries, since their domestic enterprises may be particularly vulnerable, especially vis-à-vis large multinational investors. Therefore, some developing countries incorporated these imperatives in their early agreements. See, for example, the 1988 China–Japan bilateral investment treaty (BIT): “it shall not be deemed ‘treatment less favorable’ for either Contracting Party to accord discriminatory treatment, in accordance with its applicable laws and regulations, to nationals and companies of the other Contracting Party, in case it is really necessary for the reason of public order, national security or sound development of national economy.”[5]

This then-unprecedented approach started to become prominent in regional agreements. The 1980 Unified Agreement for the Investment of Arab Capital in Arab States explicitly allows states to accord preferential privileges to some investors or projects that aim at fostering the development of the national economy, regional integration and transfer of technology.[6] Also notably, the 1987 Agreement for the Promotion and Protection of Investments of the Association of Southeast Asian Nation (ASEAN), in addition to countries’ specific reservations prescribed in annexes, contains a general provision requiring that investments be aligned with national policy objectives, national laws and regulations.[7]

Additionally, a wider notion of S&D was included in the 2006 Protocol on Finance and Investment of the Southern African Development Community (SADC). It provides for carve-outs allowing preferential treatment for some investments and investors in order to achieve national development objectives. It also provides for more favourable conditions for least developed countries (LDCs) based on non-reciprocity and mutual benefits, and ensures preferential treatment for LDCs with respect to markets openings and derogations of incentives.[8] S&D also was reflected in assistance LDCs received out of this regional cooperation aimed at boosting member states’ development through investment.

Recent regional agreements include explicit clauses on S&D treatment to carve out some investments or economic activities from the treaty or some of its provisions. They also provide for temporary suspensions and gradual application of the treaty or certain provisions—a transition period to grant flexibility for states to address developmental needs and other economic concerns faced in reducing the operational disparities of these agreements. For example, the 2015 draft Pan African Investment Code (PAIC), in addition to reservation schedules and measures carved out of national treatment and MFN, provides for development-oriented performance requirements; preferential treatment to qualifying investments and investors, commensurate with national development objectives; and interim periods.[9]

3. Resurgence of S&D in BITs: An intriguing context

While S&D appears explicitly in South–South regional agreements, prescribing a minimum level-playing field between the parties while providing leeway to implement their national policy objectives, historically it only appeared indirectly in BITs, not in stand-alone clauses, but within the context of FET, national treatment and other provisions. However, S&D treatment has gained prominence in recent model BITs with explicit language allowing for a modulation of commitments and providing support, beyond those providing substantial and concrete preferences as prescribed in the countries’ reservation schedules. New features of S&D include safeguard measures, performance requirements, obligations regarding transfer of technology and other measures of support, general carve-outs, and other procedural flexibilities implying a reduced level of commitment depending on the state’s level of development.

Recent model BITs illustrate a growing pattern of modulation for existing commitments. For instance, Egypt’s updated BIT model reflects the country’s interest in promoting sustainable development while considering the country’s development level, as considerably reflected in the newly modulated national treatment and MFN clauses.  It also invokes international law instead of setting a stand-alone standard in this regard, especially with respect to fair and equitable treatment (FET) and physical security protection.

The Indian Model BIT omits MFN and FET clauses altogether, and carves out government procurement measures from the scope of the treaty, implicitly affording preferential treatment to domestic investors.[10] Additionally, it allows flexibility for states to adopt certain measures on the basis of legitimate public interests such as environment, public health, safety, and public order, without engaging state liability for breach of the treaty. These measures must be taken on a non-discriminatory and non-arbitrary basis, in good faith and in like circumstances.[11]

Similarity, Brazil’s Agreements on Cooperation and Facilitation of Investments (ACFIs) provide for MFN and national treatment subject to legitimate public welfare objectives. The ACFIs devote a special focus to investment facilitation through promoting technological, scientific and cultural cooperation. The agreements provide for exchange of information, expertise and transfer of technology, and allow for development measures without jeopardizing the states’ security concerns.[12] These new features reflect the causality between investment and development, and are designed to align investment with national policy objectives for development.

Differently from the trade context, S&D in investment treaties tends to derogate treatment on a non-discriminatory basis by triggering more favourable treatment in line with the country’s level of development. However, investment treaties are similar to trade law in that they adopt an approach based on excluding some obligations from the scope of the agreement, giving the state the right to derogate from certain commitments which may impair its sovereignty or which do not streamline its legitimate development interests.

Theoretically justified in the MTS to allow states to have differentiated responsibilities under the same agreement, S&D treatment arose in the investment regime to offset the imbalances of North–South treaties, naturally reflecting the increased momentum of sustainable development concerns. South–South regional investment agreements triggered S&D treatment widely to promote investment between signatories. This resonated with developing countries, which advocated in the MTS at that time for a more favourable and efficient operation of trade agreements intended to promote development.

Although South–South regional investment agreements provided for the required balance of the investment regime, the imbalance in North–South investment agreements remained undeniable. Consequently, it is uncertain whether S&D treatment will continue to be explicitly included in developing country BIT models and North–South BITs, as they deviate in major ways from the positions of developed countries.

Lastly, it is important to remember that S&D treatment depends on how states tailor and adjust their obligations in a manner conducive to their development, according to their national policy interests. However, the resurgence of a broader and explicit S&D treatment, although timely in the context of reform of the investment regime, leaves some thoughts on rethinking how S&D will be perceived in the new investment context.

Riham Marii is an IIAs Officer in the General Authority for Investment and Free Zones and the Egyptian Ministry of Investment. She has a background in economics from Cairo University and hold a Master’s degree in International Political Economy from the Pierre Mendès-France University, Grenoble, France. The views expressed in this article are those of the author and do not necessarily reflect the views of the Egyptian government.

[5] Protocol to the Agreement Between Japan and the People’s Republic of China Concerning the Encouragement and Reciprocal Protection of Investment, Aug. 1, 1988, para. 3. Retrieved from http://investmentpolicyhub.unctad.org/Download/TreatyFile/747.

[6] Unified Agreement for the Investment of Arab Capital in the Arab States, Nov. 26, 1980, Art. 16. Retrieved from http://www.pipa.ps/files/file/Unified-Agreement-for-the-Investments-of-Arab-Capital-en.pdf.

[7] Agreement Among the Government of Brunei Darussalam, the Republic of Indonesia, Malaysia, the Republic of the Philippines, the Republic of Singapore, and the Kingdom of Thailand for the Promotion and Protection of Investments, Dec. 15, 1987, Art. 3. Retrieved from http://asean.org/?static_post=the-1987-asean-agreement-for-the-promotion-and-protection-of-investments.

[8] Protocol on Finance and Investment, Aug. 18, 2006, Annex 1 (Cooperation on Investment), Arts. 7 and 20. Retrieved from http://investmentpolicyhub.unctad.org/Download/TreatyFile/2730.

[12] The six CIFAs signed by Brazil in 2015 (with Angola, Chile, Colombia, Malawi, Mexico and Mozambique) are available at http://investmentpolicyhub.unctad.org/IIA/CountryBits/27.