Taking Stock of Adaptation Progress: Some lessons and challenges

On November 4, the international community celebrated as the Paris Agreement came into effect.
Share this page:

With the Paris Agreement now in effect, the global community is looking to both developed and developing country governments to act on their commitments and ensure achievement of its mitigation and adaptation goals.

Determining if we actually are making progress toward achieving the purpose and long-term goals of the Paris Agreement will be informed by a global stocktake completed every five years, starting in 2023. Among other things, it will assess “the adequacy and effectiveness of adaptation and support provided for adaptation” (Article 7.14). The “rules” by which this will actually be done is just one of the many issues currently being negotiated in Marrakesh, Morocco, as part of the 22nd Conference of the Parties to the United Nations Framework Convention on Climate Change (UNFCCC).

IISD has some understanding of the challenges associated with assessing and measuring adaptation progress. We undertook a large stocktaking exercise for the Adaptation Partnership in 2010-11 that synthesized current and planned adaptation action in 125 developing countries, rolled up into 12 regions. More recently, in 2015-16, IISD carried out a review of adaptation action in 15 countries for the Collaborative Adaptation Research Initiative in Africa and Asia. We have also examined systems being developed by countries to monitor and evaluate national efforts to adapt to climate change.

Our experience points to five issues that will need to be addressed in future efforts to take stock of countries individual and collective progress toward their adaptation goals, such as through the global stocktaking.

Although the UNFCCC clearly defines adaptation as “adjustments in ecological, social, or economic systems in response to actual or expected climatic stimuli and their effects or impacts,” applying this definition in practice is problematic. It suggests that adaptation action should only include structured responses to the actual or anticipated impacts of climate change. In practice, though, many development actions taken without deliberate consideration of their links to climate risk can still make a positive contribution toward enhancing countries’ capacity to adapt to climate change.

Determining what does or does not constitute adaptation action is made more challenging by the fact that initiatives sometimes state that they are being undertaken to reduce vulnerability to the impacts of climate change, but in practice they have not fully embedded the additional risk posed by future changes in climatic conditions into their design and implementation.

Even if there is a clear understanding that “adaptation actions” should be defined as initiatives that consciously and deliberately take into account the actual and anticipated changes in climate risks brought about by climate change, identifying these initiatives will be challenging. This will be particularly true as climate change considerations are increasingly mainstreamed into the design and implementation of policies, programs and projects—a key step in adaptation efforts. As this occurs, climate risks will be considered in the design of projects that do not specifically identify themselves as adaptation initiatives. How to identify and capture these initiatives will be a considerable challenge for future stocktaking exercises.

These challenges point to the need for a clearly stated and commonly understood definition of adaptation action—and awareness of its limitations—as the starting point for stocktaking exercises. This understanding is needed to ensure that different stocktaking exercises can be compared with one another and provide an accurate picture of emerging trends over time. 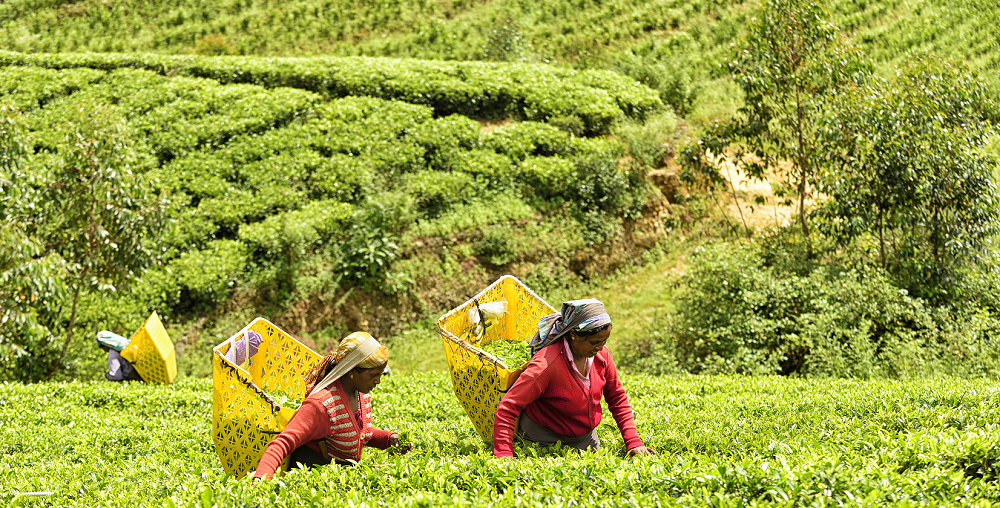 The uncertainty surrounding what is—and is not—adaptation action in turn raises uncertainty regarding what is and is not counted as adaptation finance. This challenge can be partly seen in the case of the Organisation for Economic Co-operation and Development’s (OECD's) Rio Marker for adaptation. Launched in 2010 as part of the OECD’s suite of markers tracking the scale of development assistance financing targeting environmental objectives, it enables donor agencies to tag their commitments as having climate adaptation as a principal or significant objective.

However, as we and others have observed, the OECD’s accounting system for adaptation has its difficulties. Projects tagged by donors as contributing to climate adaptation often appeared to be traditional development projects (e.g., budget support for the health sector, providing schools with water and supporting the sustainable management of parks). These initiatives might be building adaptive capacity, but might not necessarily have considered the implications of changing climate risks in their design and implementation. It is therefore difficult to determine the true extent to which official development assistance is supporting adaptation action.

The need for a clear definition of what constitutes adaptation finance is just one of the many issues that the international community will need to address as it works to meet its goal of establishing a transparent accounting framework for climate finance by 2018.

Gaining a clear picture of the scale and adequacy of adaptation finance (however defined) is made more difficult by the increasingly diversified sources of adaptation funding. While development assistance agencies continue to finance adaptation through designated funds and discrete projects and programs, they are also developing new means by which to deliver their support for adaptation. This includes, for example, providing “top-up” funds to cover the additional cost associated with improving the climate resilience of new infrastructure developments. The range of donors is also changing with the growth in south–south development assistance; the contributions of southern donors to adaptation finance are only beginning to be tracked. The domestic and international private sector is also becoming increasingly involved in financing adaptation efforts, either independently or in partnership with governments.

At the same time, at the national and subnational levels, developing countries are increasingly recognizing the extent to which they are financing adaptation efforts through their own domestic budgets. However, systems for tracking domestic finance for adaptation are largely inadequate. While initiatives such as the Climate Public Expenditures and Institutional Review are helping to address the situation, significant investment is needed to establish and enhance domestic systems for tracking adaptation investments.

As adaptation becomes increasingly integrated into routine decision making, it may be expected that determining the scale of finance flowing for adaptation will only become more difficult. This presents a clear challenge to efforts to assess the adequacy of support for climate change adaptation.

4. Assessing the “Effectiveness” of Adaptation Action

Stocktaking exercises such as those previously completed by IISD provide a picture of the extent to which national governments have established policies and programs to support adaptation action. However, they do not assess the effectiveness of these efforts, which presents a significantly greater challenge. The presence of a policy or plan does not necessarily ensure a government’s commitment to its implementation, or that it has been designed to meet the needs of those most vulnerable to climate change. Committed governments may lack the institutional capacity, human resources and financing needed to implement planned adaptation measures. Projects and programs may be announced but not implemented, or not achieve their planned objectives due to a range of potential internal and external factors.

Strong monitoring and evaluation (M&E) systems can help inform analysis of the effectiveness of adaptation actions. However, few countries—developed or developing—have thus far established effective systems to monitor and evaluate progress toward their adaptation goals. In many countries, M&E systems in general are weak or largely absent. This presents a significant barrier to planned efforts such as the global stocktaking.

Significant new investment will be needed in many countries to establish the M&E systems needed to collect, track, manage and communicate the effectiveness of adaptation efforts. Building these systems as part of the National Adaptation Plan (NAP) processes being implemented by many developing countries provides an opportunity to address this capacity gap.

All adaptation stocktaking efforts require access to a broad array of up-to-date information—from analysis of the social, economic and environmental factors driving vulnerability to climate change, to government actions to prepare for climate impacts, to the range of adaptation programming being implemented on the ground. Accessing the breadth of information needed to track adaptation progress can be highly problematic. Data and information are scattered across an assortment of sources; governments’ policies, strategies and plans are not always published electronically; and government web sites are often out of date. Even when information is accessible, it is necessary to “ground truth” observations and conclusions with local experts who bring their individual perspectives and interpretations of a situation.

The resulting asymmetries in the availability of information between countries therefore presents an additional challenge to be overcome when engaging in comparative analysis of the progress being made by different countries. Again, this observation suggests the need for greater investment in M&E systems and improving the capacity of governments to engage in online knowledge-brokering activities. 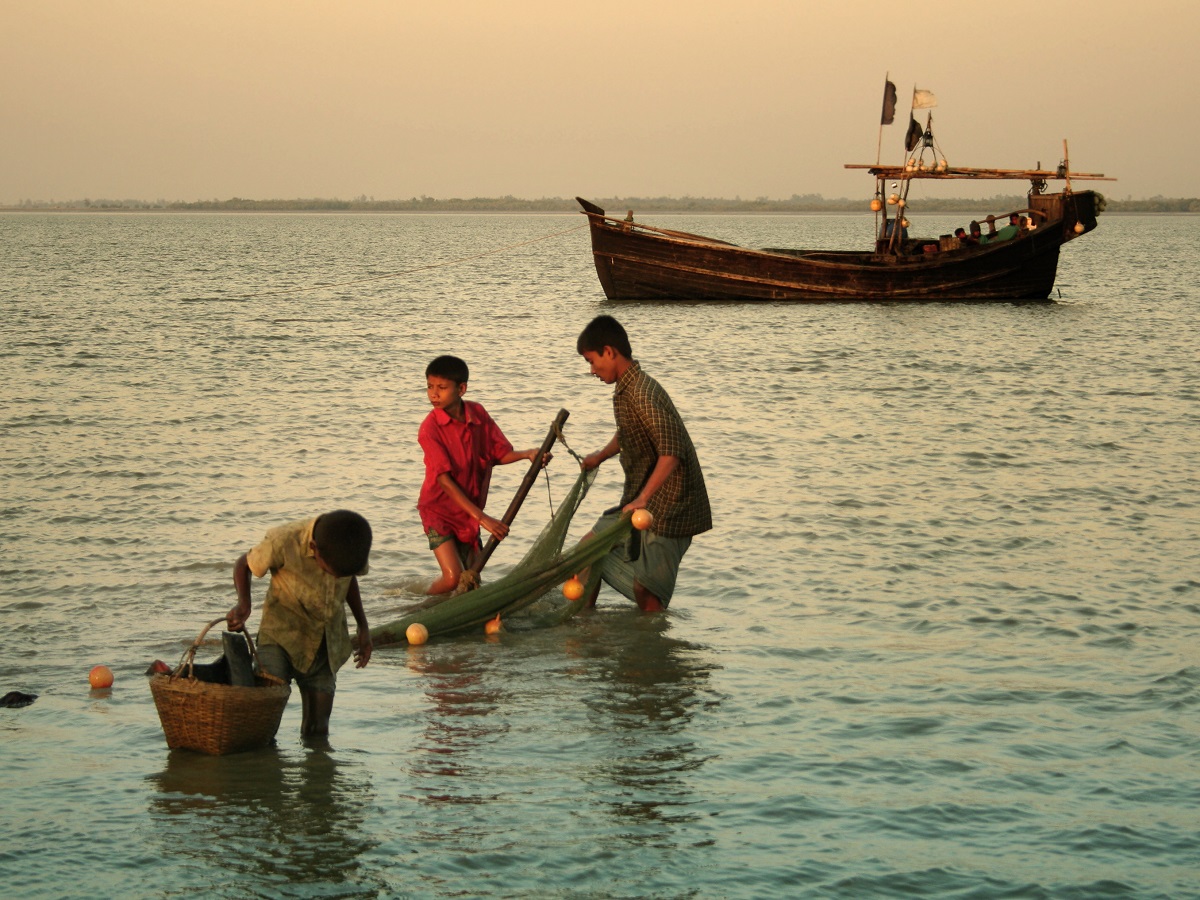 Next Steps on Adaptation Stocktaking

Despite these challenges, adaptation stocktaking exercises can be quite valuable—particularly when undertaken on a regular basis using the same approach and methodology. They provide an opportunity to identify current and emerging trends in adaptation policies and programming. They can also point to common barriers and gaps in adaptation action. And they can suggest opportunities for knowledge exchange between different countries facing similar adaptation challenges.

Realizing these potential benefits would be supported by targeted investment in some key areas, particularly the establishment of M&E systems at the national and subnational levels. Greater investment in this area would significantly enhance the capacity of developing countries to not only support their NAP processes but also help put in place the groundwork needed to enable successful implementation the Paris Agreement’s global stocktaking.

Project
Review of Adaptation Action in 15 Asian and African Countries

Trends in Adaptation Planning: Observations from a recent stock-taking review

This brief provides an overview of observed trends in adaptation action that emerged from a standardized review of efforts in 15 African and Asian countries.

Review of Current and Planned Adaptation Action in Bangladesh

Review of Current and Planned Adaptation Action in India

This report summarizes the climate risks and vulnerable sectors in India, while providing an overview of policies and initiatives introduced at the national and sub-national levels to advance the country’s adaptation actions.

Review of Current and Planned Adaptation Action in Nepal

This report summarizes the climate risks and vulnerable sectors in Nepal, providing an overview of policies and initiatives introduced at the national and sub-national levels to advance the country’s adaptation efforts.