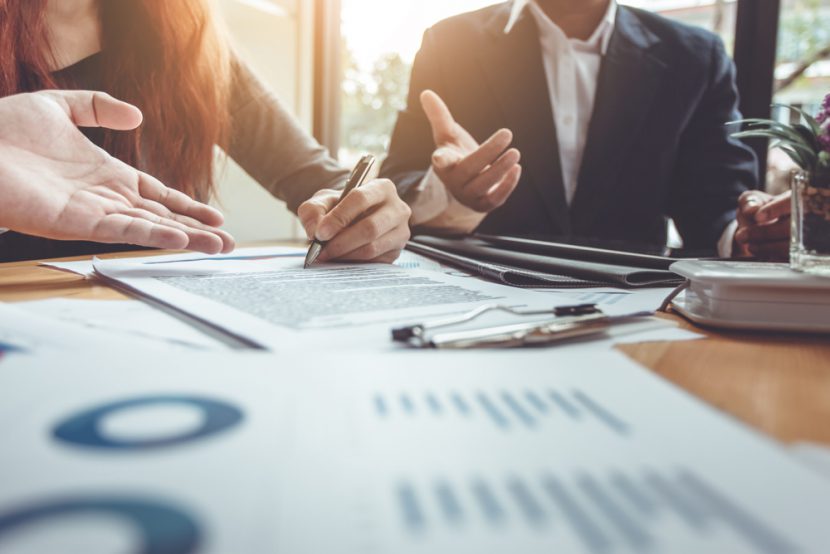 This article builds on Suzy Nikièma’s intervention at the American Society for International Law (ASIL) Annual Meeting 2022 on privatizing international governance, which took place on April 8.

The private sector has an important role to play in international governance processes. Not only is it critical that stakeholders from all affected sectors are at the decision-making table, private actors are often key when it comes to implementing any new principles, rules, and processes.

The Committee on World Food Security’s Principles for Responsible Agricultural Investment (the CFS RAI), for example, came out of a global consultative process spanning more than 2 years and involving private actors as well as governments, CSOs, UN agencies, foundations, development banks, research institutions, and academics. Thanks to this multisectoral, consensus-based approach, the CFS RAI enjoy broad recognition and buy-in, despite perhaps inevitable criticism and dissatisfaction with elements of the final negotiated text.

This article considers how private interest groups are permitted to engage in three reform processes: UNCITRAL WGIII’s work on investor–state dispute settlement reform, negotiations on the UN Business and Human Rights Binding Treaty, and the “modernization” of the ECT. It identifies some concerning practices and considers how best to address them.

Rules, procedures, and institutional arrangements should be transparent.

There can be a lack of transparency regarding business group participation in investment-related reform processes. For example, in the ECT modernization process, the Energy Charter Secretariat maintains close ties to representatives of the energy industry through the Energy Charter Industry Advisory Panel and to the legal and arbitration industry through the Legal Advisory Task Force (LATF). According to the Energy Charter website, the member organizations of the Industry Advisory Panel are “selected on the basis of voluntary applications from the business community, nominations from member countries, and invitations from the Secretariat.”

The selection methods for members of the LATF are unknown, but according to the Energy Charter website, they “are all senior lawyers from energy companies and internationally recognized law firms.” It is also stated that the LATF has contributed to discussions on how to improve the dispute settlement mechanisms under the ECT. It is not clear whether these two groups are always in the room when the ECT modernization is negotiated, but official Energy Charter Secretariat documents suggest a privileged role for the Industry Advisory Panel, including an influence over the very scope of the issues for negotiation in this process.

Similarly, the UNCITRAL WGIII process has a Practitioners Forum and an Academic Forum, both composed of those active in the field of investor–state dispute settlement. Neither has formal standing in WGIII, but members of these forums participate in proceedings and are called on by the Secretariat when preparing background papers for members that form the basis of discussions.

It is not made clear which members of the respective forums have contributed to which discussion papers, which have an air of independence and neutrality and provide the factual basis for states’ deliberations. While the Academic Forum may appear to be neutral, many of its members straddle the “academic” and “private practitioner” worlds, which has drawn some criticism given the topic of this reform process from civil society and academia alike.

These examples demonstrate that there is a need for greater transparency regarding the role of business groups in such reform processes. Transparency means being clear and open about the precise nature of their involvement—for example, which representatives are present at any given meeting? What decisions and discussions do these representatives have access to, and in what capacity? What forms of advice do they contribute?

Transparency also means requiring active, ongoing disclosure of the private interests held by the individuals who make up any group or body with a formalized role in a process, as well as limiting the extent to which private interests can be obscured by neutral-sounding institutional arrangements or titles.

The level of access and degree of influence given to business groups should be equal to that of public interest groups and civil society.

A related concern is inequality in the level of access and degree of influence afforded to business groups compared to other public interest groups and civil society. In the case of UNCITRAL WGIII, it has been reported that “the vast majority (85%) of the invited non-governmental organizations participating as an observer in the first two sessions of WGIII are directly or indirectly linked to the private arbitration industry (or broader transnational business interests), with only 14% representing wider public interests.”

As for the ECT, the Energy Charter Secretariat has at no point in the modernization process organized any consultations with civil society. There is also no permanent structure in place comparable to the Industry Advisory Panel for civil society organizations.

One way to do so is to avoid giving privileged or special access to business groups, but rather to permit them to access and contribute to a process via an open multistakeholder platform that welcomes all types of interest groups equally. This was the approach used for the UN Guiding Principles on Business and Human Rights, which was informed through multistakeholder consultations via a public forum, rather than having a defined access point for limited stakeholders representing a particular interest group. This would also require the terms “stakeholder” and “civil society organization” to be clearly defined, given that many business interest groups are organized as not-for-profit associations, like the International Chamber of Commerce.

A diversity of private interests should be represented.

The third issue with business groups’ participation in international governance processes is that often only a limited number of groups or stakeholders are engaged. For example, only two or three representatives from the United State Council for International Business, the International Chamber of Commerce, and the International Organization of Employers participated in the UN Business and Human Rights Binding Treaty process. While they might have a legitimate role to play, can they claim to represent the interests of all companies, large and small, from around the world?

Business groups do not represent one single set of interests. It is critical for the legitimacy of business group participation that processes are designed to ensure access for companies of all sizes, individual workers and their organizations, and groups from all subsectors of an industry—not just large multinational corporations and powerful industry groups with large vested stakes in the status quo. Private sector participation must reflect the diversity of the sector in question, as well as geographic diversity.

There is no question that ensuring rules and procedures are transparent, giving equal access to all affected sectors, and making sure that a diverse set of voices are heard can enrich international governance processes and shore up buy-in for the outcome of those processes. While it is important that processes for private sector participation are uniquely formulated to suit the platform in question, these three overarching principles will help facilitate fairer, more effective global governance decision making.

With that in mind, we invite the organizations leading key reform efforts—including ongoing negotiations on investor–state dispute settlement reform, a binding treaty for business and human rights, and modernizing the ECT—to assess their current approaches against these three principles and come up with an effective plan for change.

Sarah Brewin is a senior law advisor and coordinator of advisory services for the Economic Law and Policy Program.

The authors would like to thank Lukas Schaugg, Joe Zhang, and Sally Millett for their valuable feedback on this article.