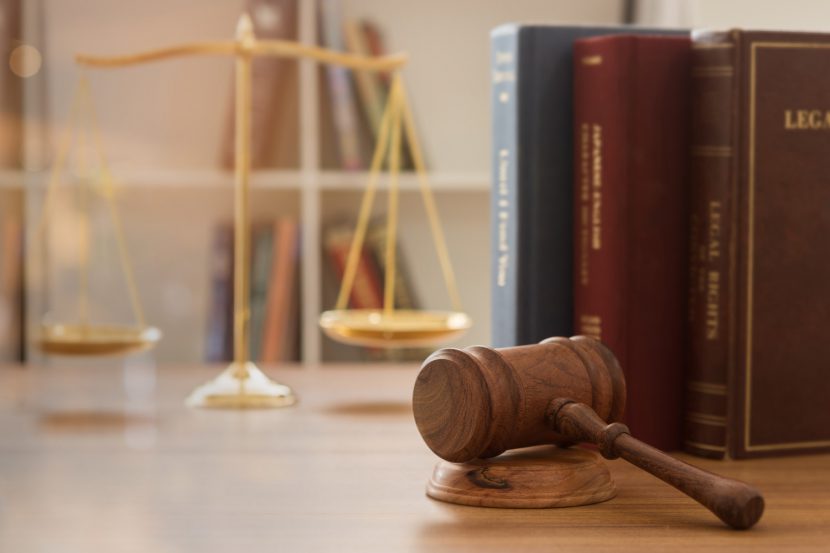 The negotiation of “new-generation” IIAs has been one of the main approaches followed by states when engaging with IIA reform. In contrast with the so-called “old-generation” agreements, these newly concluded IIAs are longer, more complex, and attempt to balance the protection of foreign investment with the host state’s right to regulate.

Wolfgang Alschner’s recently published book, Investment Arbitration and State-Driven Reform: New Treaties, Old Outcomes, examines awards rendered under new-generation agreements and concludes that new treaties produce old outcomes since the interpretation of new agreements does not differ from that of old treaties. With an innovative and interdisciplinary methodology, the book shows “how we got here, what is wrong with where we are, and what we can do about it.”

Q: What are the main objectives of the book, and what does it add to the existing research?

The main objective of the book is to highlight and understand a new, worrying development: new, supposedly reformed IIAs produce interpretive outcomes in investment arbitration that mirror those of old, unreformed treaties.

Let me give some context. Over the past two decades, scholars, states, and international organizations have focused much of their reform energy on a new generation of IIAs. Among other things, these new treaties have phased out controversial investment protection standards, inserted additional clarifications, and often included novel general exceptions. This combination, it was thought, would ensure a better balance between protecting investments and safeguarding host states’ policy space in investment arbitration.

Yet, surprisingly, this expectation has not materialized in practice. When we look at the first wave of investment arbitration awards rendered under these new-generation treaties, we instead see that tribunals tend to interpret these new treaties just like old ones: exceptions are ignored or watered down, clarifications are disregarded, and controversial investment protections that had been phased out in treaty practice are brought back in through the back door. In short, rather than address the concern that investment treaties unduly restrict policy space, new treaties have produced old interpretive outcomes.

Why do new treaties produce old outcomes? This book is the first attempt to provide a holistic answer to this puzzle. It identifies several factors at play. To begin with, uncertainty surrounding the interpretation of novel clauses, such as general exceptions, seems to hamper their effectiveness in practice. For example, respondent states have often failed to make use of general exceptions, picked the wrong clause, or advanced interpretive arguments that undermined their defense. The fragmented nature of investor–state arbitration has not helped either. Tribunals have put forth widely differing readings of similar flexibility clauses and have at times—like in the recent Eco Oro v. Colombia award—produced scantily reasoned interpretations that contradict the concordant submissions of the state parties to the treaty at issue.

The book therefore suggests that the investment regime needs to change course. Rather than reading new treaties like old ones, the opposite should be happening. New treaties should inform the reading of old treaties. Only if the states and stakeholders can shift the interpretive centre of gravity from old to new treaties will new treaties also produce new outcomes.

Yes, in addition to the misperception that new treaties will automatically produce new outcomes, the book also seeks to debunk the assumption that arbitrators are the main engine of normative change, with states playing a primarily reactive role. In fact, the reverse is increasingly true.

We are all familiar with the “backlash against arbitration” narrative—states realized that their treaties bite only after they were hit by claims and they reacted by narrowing interpretations and by infusing more policy space language into their agreements, in part, to escape liability. The book provides contrary evidence. Through an empirical content analysis of over 3,300 full texts of IIAs, the book shows that over the past seven decades states have changed their treaty design continuously. In fact, the most important design innovations, such as general exceptions, predate the surge of investment claims. At the same time, there is ample evidence that on many core investment protection provisions, Western states have not changed their views fundamentally over the same period, and merely started to assert their original intent more forcefully in more recent agreements and corrected misinterpretations in the process. A picture thus emerges of states as highly proactive lawmakers and of a regime continuously shaped by state-driven change.

Conversely, investment tribunals should be viewed not as the regime’s engine of normative change, but as its brakes. Treaty interpretation always has an element of competition: Who decides how normative gaps should be filled? Faced with often extremely vague treaties, it was long up to tribunals to fill the gaps that state negotiators had left open. With states now writing more and more complete agreements that reassert original intent, correct past misinterpretation, and introduce innovations, this judicial gap filling is being replaced more and more by legislative gap filling.

From the early days of investment arbitration, some tribunals have been lukewarm about contracting states asserting their interpretive powers. Recall, for example, the debate about whether a 2001 joint authoritative interpretation by the North American Free Trade Agreement parties amounted to a legitimate interpretation or an illegitimate amendment. With more states now being active in clarifying their treaties, more and more tribunals feel challenged and double down on their interpretive powers to push back against state-driven change.

José Alvarez asked an important question a decade ago: “if . . . international investment law is driven by the jurisprudence produced by investment arbitrators, does that jurisprudence provide a firewall to protect foreign investors against trends in favor of ‘re-balancing’?” I think we are beginning to see this firewall in practice more clearly now. Tribunals use old precedents to displace new clarifications, draw on existing customary law to undermine novel treaty exceptions, and leverage MFN to revive discarded clauses and interpretations. With tribunals resisting and rolling back innovations in new treaties in award after award, the book argues that we should be less concerned with a backlash against arbitration by states and more concerned with a backlash against state-driven change by arbitrators.

Q: What are the key conclusions arising out of your analysis?

I think this requires a serious shift in mindset. Whenever a particularly outrageous award is rendered, like last year’s Eco Oro v. Colombia decision, one tends to hear two kinds of reactions. Some blame the states. If only the contracting states had expressed their intentions more clearly! Perhaps if negotiators add another clarificatory footnote, such misunderstandings can be avoided. To me, that assessment misses the mark. It overestimates the importance of small language changes and underestimates the systemic nature of the challenge. Even if states write ever more detailed agreements, the problem of a large, outdated stock of treaties dominating interpretive reasoning and undermining normative innovation in new treaties is not going away.

The other camp tends to blame the arbitrators. If we only had standing adjudicators trained in public international law, such misinterpretations would be avoided! Again, I think that conclusion is unsatisfactory. True, the current ad hoc arbitration system has deficiencies that may exacerbate existing challenges. Yet, even the most clairvoyant adjudicators would find it impossible to resolve interpretive questions to the satisfaction of all states. If they take states by their word, they risk interpreting old treaties (that lack explicit policy space safeguards) too strictly. If they fill gaps, they are accused of judicial activism. The book argues that there is only one way out of this dilemma and that is for states to shift the interpretive centre of gravity by reforming outdated treaties.

The good news is that this may be easier to do than commonly thought. Investment treaty design has evolved in a path-dependent manner, whereby the same vague provisions have been filled with ever more precise language. It is thus possible to read clarifications from new treaties in older ones. The VCLT offers a range of possible pathways to do this. For example, when an old investment treaty coexists with a newer one between the same states, clarifications in the latter are relevant rules of international law applicable between the parties under VCLT Article 31(3)c) that must be considered in an interpretation. The ECT, for instance, overlaps with 609 BITs. Negotiations to modernize the ECT are currently ongoing, which could then indirectly modernize the interpretation of a fifth of all BITs.

Similarly, renegotiations are less costly than is widely presumed. If other states follow the example of the European Union and use regional investment treaties to replace (rather than add to) older BITs, a single negotiation can be a de facto renegotiation of scores of older treaties. Furthermore, technology today makes it relatively easy to assess whether and where the practices of two states converge. Using free analytics and databases like EDIT, states can spot renegotiation opportunities more quickly and better focus the renegotiations themselves.

Q: How should states approach IIA reform in light of your findings?

Aside from leveraging technology for renegotiations and identifying instances of indirect interpretive updating, I see the greatest potential for reforming investment law in emulating practices from the international tax regime.

The tax regime is similar to the investment regime in many ways. Thousands of mostly bilateral treaties govern double taxation, and old treaties coexist with new ones. Yet, unlike the investment regime, the interpretation of tax treaties is continuously updated. A regularly revised model convention with extensive commentary acts as a multilateral focal point that interpreters turn to in order to read old treaty provisions in light of current best practices. Furthermore, a 2017 multilateral reform convention comprehensively modified and modernized the content of thousands of double tax treaties in procedure as well as substance.

The book argues that investment lawyers can achieve a similarly ambitious multilateral IIA reform. A continuously updated interpretive instrument would ensure that, like in tax, the reading of investment treaties would evolve as practice evolves. In addition, a multilateral reform convention could modernize aspects of older investment treaties that cannot be achieved through interpretation alone. In combination, this would ensure that old treaties are read in light of new ones rather than the other way around, with new treaties being read like old ones.

Wolfgang Alschner is an associate professor, Common Law Section, at the University of Ottawa.

Florencia Sarmiento is a policy analyst with the Economic Law and Policy Program at the International Institute for Sustainable Development.