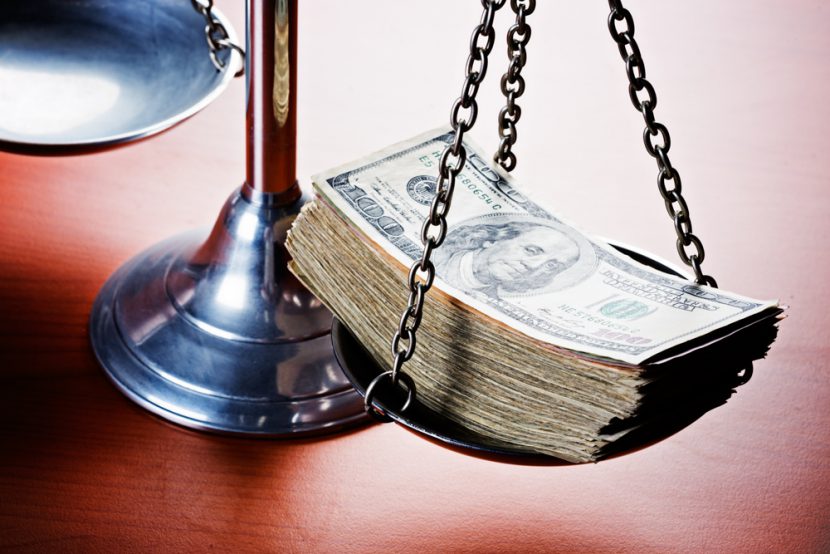 Proportionality has been proposed as a panacea to resolve many of the tensions between international investment law (IIL) and international human rights law (IHRL) when foreign investment adversely impacts the human rights of host states’ communities, and host states encounter competing international law obligations. However, there seems to be a need to revive these debates, since the allure of proportionality is alive and well in both the negotiations for a binding instrument on business and human rights and in the work of UNCITRAL Working Group III on ISDS reform.l In this piece, we will first try to understand how we arrived at this discussion, yet again, within the broader debate on human rights and IIL.

The fatal attraction of balancing

The revival of proportionality relies on the appeal of achieving a “balance” between the so-called rights of investors, protected as they are by relevant IIAs, and the human rights of communities and individuals affected by foreign investment. Such balancing often entails, at its core, a controversial juxtaposition between investment protections and human rights protections. With calls for balancing back in fashion, I return to this argument here because now, faced with climate breakdown and an escalating pandemic, we need more than ever to debunk existing assumptions surrounding the use of balancing and proportionality in international investment arbitration as a way of successfully reconciling competing interests and conflicting protection obligations vested upon host states.

The suggestion that investment tribunals will be able to effectively “balance” conflicting interests seems to flow from the argument that competing IIL and IHRL obligations can be successfully harmonized by tribunals through treaty interpretation. Scholars have indeed submitted that vague treaty-based investment protection standards can be more efficiently interpreted[1] by employing the principle of systemic integration to “help clarify IIA standards for the benefit of the investors” or to “elucidate the limits of investor protection and, hence, minimize frictions with competing public interests.”[2]

The mantra of balancing (or rebalancing) IHRL and IIL usually goes through two stages: first, the operationalization of IHRL through treaty interpretation; second, a different approach to foreign investment agreements according to which the human rights obligations of the host state are clarified from the outset. It is around the viability and indeed desirability of using proportionality analysis while pursuing these two pseudo-solutions that this contribution is structured, since various scholars have enthusiastically endorsed this approach over the years. Crucially, these two alternatives are also the gateway to the adoption of proportionality analysis in international investment arbitration. To reconcile investment protection and human rights, some propose the drafting of rights-friendly IIA clauses, arguably capable of addressing the asymmetric character of the system.[3] Such clauses, it is alleged, would ensure that human rights are taken into consideration by international investment tribunals and foreign investors alike. Reliance on treaty interpretation and rights-friendly drafting, in my view, has revealed itself to be both misplaced and short-sighted.[4] These approaches, I argue, focus on the domestication of IIL and on the management of vulnerability,[5] rather than on ensuring that the actual rights of the communities affected by foreign investment are effectively respected, protected and fulfilled.

Is a “balancing” possible? On managing vulnerability

This question is not to be understood as a mere rhetorical point. Proponents of balancing suggest that IHRL can be brought to bear in the interpretation of the relevant international investment treaty through the “principle of evolutionary, or dynamic, interpretation” provided that the parties intended the possibility for the meaning of a certain term to change in future.[6] On the basis of this reasoning, international law can be used to determine the meaning of a specific term when the treaties in question use “known legal terms whose content the parties expected would change through time.”[7] International law will then be referred to on the basis of its evolution and current status, rather than considering the state of the law at the time of the conclusion of the treaty. Furthermore, an additional way in which IHRL can be considered as relevant to the investment treaty in question is through the interpretative presumption that treaties are intended to produce effects which accord with existing rules of international law. This presumption is used to resolve issues of interpretation relating to the broader normative content of a treaty rather than to the meaning of a specific term.[8]

The key tool for IHRL to be considered in the interpretation of an international investment treaty, so the argument goes, is Article 31(3)(c) of the VCLT, which in turn represents a means of treaty interpretation rather than a potential instrument to modify the scope and content of a treaty, for instance, to introduce ex novo human rights consideration. It goes without saying, therefore, that supporters of evolutionary interpretation—despite acknowledging that investment treaty arbitration is unable to respond to the challenge of harmonization—are happy to leave the status quo of IIL as a system practically fundamentally unchallenged.

This means that human rights and environmental vulnerability are thus better “managed” through the ultimate discretion of investment treaty arbitrators or newfound “courts,” within a system that, in itself, is both ideologically and practically inappropriate to review a state’s exercise of its regulatory powers. If we think about it for a moment, what is it really that we would like these adjudicators to “balance”? A recent report by IIED reveals that, of a dataset of 257 coal power plants owned by foreign investors, at least 75% are protected by at least one IIA which provides investors with access to international investment arbitration.[9] At a time when efforts to halt climate breakdown inevitably rely on our ability to promptly abandon fossil fuel dependency, IIAs legally encode investors’ rights to compensation whenever states might seek to decommission any of these coal power plants.[10] This state of affairs is sufficient to raise concerns in relation to regulatory chill and intergenerational equity, but should be further considered together with recently emerged evidence that in the 1980s major fossil fuel companies already predicted the damage that their products would cause, systematically downplayed scientific evidence on the links between fossil fuel consumption and climate change, and lobbied to delay and obstruct the introduction of climate legislation.[11] Litigation is already emerging in relation to policy measures aimed at phasing out coal power stations, not least under the ECT.[12]

Despite this damning scenario, proponents of balancing, or vulnerability managers, as I choose to call them here, would promptly point to the fact that defences and exceptions could certainly be used by international investment adjudicators to recognize the claims of host states and affected communities alike. Meanwhile, major corporate actors continue to lobby against climate change regulation and purport to support carbon emissions reduction measures in return for legal immunity from liability for historic emissions. In light of the above, and of the mounting scientific evidence that we perhaps have 10 years to limit the devastating consequences of climate warming,[13] I am sure I am not alone in feeling uncomfortable in thinking that “balancing” is all we have to ensure human rights and environmental protection under current circumstances.

Rights-friendly IIA clauses: On the domestication and legitimization of IIL

The same disquiet is true in the face of renewed calls for negotiating rights-friendly investment agreements. Environmental, social, and governance (ESG) audits and standards are all the rage, as newly crafted due diligence assessment tools to ensure that investment is not only sustainable but also conscientious. Scholars have indeed raised the challenge of rights-friendly drafting in the hope that these could address the asymmetric nature of IIL and ensure that human rights are properly taken into consideration in international investment arbitration. Recent examples of arbitral tribunals’ interpretation of human rights clauses, however, demonstrate that the design of rights-friendly IIA and investment contracts is insufficient to ensure human rights protection. Some awards have been celebrated as a victory for the host state[14] or as breaking new ground[15] for human rights protection in IIL, but in fact they effectively expanded and amplified protections granted to investors under IIL. This is particularly true of cases in which international investment tribunals have considered matters of public health,[16] the right to water,[17] access to medicines,[18] and Indigenous People’s rights.[19] In relation to these cases, understandable issues of legitimacy have been raised when it became apparent that crucial issues concerning the public good were, in the best of cases, reduced to a matter of policy prioritization or of quantum of compensation.

Thus, no matter how skilful the drafting and how elaborated the clauses, effective human rights protection through IIA drafting will mainly remain contingent upon tribunal interpretation[20] in a system that is not appropriately placed to carry out public review functions.[21] More specifically, when it comes to human rights and environmental protection, it is clear that this cannot be realized in a forum mandated to provide remedies for breaches of standards of investment protection, where proportionality analysis becomes a creative tool of interpretation to limit the regulatory space of host states. At the same time, proportionality is also used to justify and maintain the relevance of the investment legal system itself.[22] As we have seen, proposals for innovative investment treaty or contract design continue to be put forward as a possible way to guide investment tribunals’ interpretation, by bringing human rights considerations to bear via systemic integration and IIA drafting, including through the use of proportionality analysis. As argued in this piece, however, rather than ensuring meaningful human rights protection, these proposals risk contributing to a broader project aimed at the domestication and legitimization of IIL and at the management, rather than the eradication, of vulnerability.

[10] Pistor, K. (2019). The code of capital. How the law creates wealth and inequality. Princeton University Press.

[13] Letzer, R. (2019). Are we really running out of time to stop climate change? Live Science. https://www.livescience.com/12-years-to-stop-climate-change.html