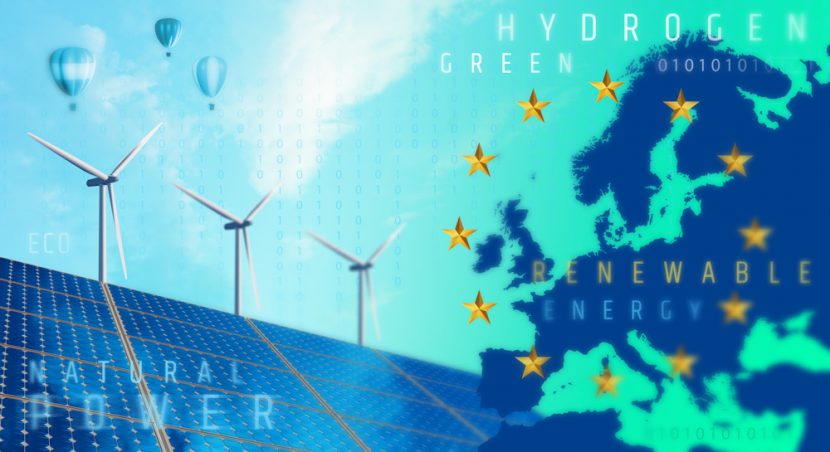 The relationship between the ECT and EU law is characterized by complexity and legal uncertainty, especially as far Article 26, the ECT’s dispute settlement mechanism and its application in an intra-EU setting is concerned. The question of whether the Achmea judgment’s finding on the incompatibility of intra-EU investment arbitration under BITs also affects the dispute settlement mechanism under the ECT has remained unresolved.[1] Given the ongoing ECT modernization negotiations (Editor’s note: see our news brief in this edition for the latest on the progress of these negotiations) , the compatibility question receives once again special attention.

By submitting a request for an opinion to the Court of Justice of the European Union (CJEU) on the compatibility of the intra-EU application of the arbitration provisions of the ECT with the EU Treaties, Belgium seeks to solicit much-wanted clarifications.[2] Belgium’s question specifically relates to the draft text elaborated by the EU, but whatever the Court decides concerning the draft ISDS provisions in its latest form will also have consequences for the currently applicable version of the ECT.

The past and present of the ECT

In the 1990s, the European Commission was the key initiator of the ECT, the goal of which was to protect Western European investors after the collapse of the Soviet Union. At that time, nobody would have thought that the majority of investment claims based on the ECT will be made against EU member states. Yet to date, most disputes under the ECT have been intra-EU (i.e., claims against an EU member state brought by an investor from another EU member state).

The ongoing legal struggle of the EU

In the 2018 Achmea judgment, the CJEU held that the principle of autonomy prevents two member states from setting up an investor–state dispute settlement mechanism through a BIT inter se.[5] However, as stated above, Achmea did not settle the controversy around the intra-EU applicability of Article 26 ECT. Following the judgment, the member states adopted two instruments:

Meanwhile, the legal struggle continues before investment tribunals, domestic courts, and the CJEU. In numerous cases under the ECT, the European Commission has tirelessly argued the incompatibility of the ECT with EU law through amicus curiae submissions.[9] To date, these arguments have not led an investment tribunal to decline its jurisdiction. Spain has sought to set aside awards against itself in Swedish courts, such as in the cases in Novenenergia II or Foresight, Greentech and GWM,[10] also without success. Recently, Advocate General Saugmandsgaard Øe asserted in a preliminary reference procedure before the CJEU that Article 26 ECT does not apply to intra-EU disputes.[11]

According to Belgium, the EU draft on the modernization of the ECT bears the risks that the dispute settlement mechanism “could be interpreted as allowing its application intra-European Union.”[12] In light of the ongoing legal struggle, this question is highly relevant, especially because the EU draft, published in April 2020, does not significantly change the wording of Article 26 of the ECT. The suggested text provides for investment arbitration and conciliation. It also adds the possibility for the contracting states to submit the dispute to the “the multilateral investment court.”[13] The draft text also notes that nothing in the proposed revision has an impact on the EU’s goal of establishing a Multilateral Investment Court. More importantly, however, nothing in the draft touches upon the issue of intra-EU disputes, nor have the negotiations so far addressed the issue.[14] This means that the draft provisions under Article 26 ECT have not been changed in their scope ratione personae.

The European Commission and the majority of EU member states support the view that the investor–state arbitration clause of the ECT, “if interpreted correctly,” would not be applicable between EU member states.[15] More precisely, they argue that, by virtue of Article 26(6) ECT and Article 42(1) ICSID Convention, the Tribunal must determine its jurisdiction in accordance with the ECT and “applicable rules and principles of international law,” which would include EU law and the taking into account of the Achmea judgment. In this perspective, the ECT does not offer an invitation to arbitrate for investors in intra-EU constellations and in absence of an arbitration agreement, tribunals lack jurisdiction.

Conversely, post-Achmea ECT investment tribunals consider this question in a very different manner.[16] In Vattenfall v. Germany, the tribunal held that Article 26(6), like Article 42(1) of the ICSID Convention, concerns only the law applicable to the merits of the dispute, and that otherwise nothing in Article 26 excludes intra-EU disputes from the scope of the provision.[17] The tribunal added that even assuming that EU law was applicable for the purpose of determining its jurisdiction, the tribunal did not consider the CJEU’s reasoning in Achmea to be applicable to intra-EU arbitration under an agreement to which the EU, as well as all member states, are party, such as the ECT and on which the CJEU has remained silent. Like other tribunals before, the Vattenfall tribunal also denies any conflict between Article 26 ECT and Articles 267, 344 TFEU, but remarks that even if such a conflict existed, EU law would not prevail over the ECT.

The arguments are subject to debate, and clarification from the CJEU is needed. Yet, the wording “the issues in dispute shall be decided in accordance with the provisions of this Treaty and rules and principles of international law” in Article 26 of the ECT points to the applicable law rather than the law applicable to the arbitration agreement. The same is true for Article 42(1) of the ICSID Convention. In the draft modernized ECT, the EU adds a footnote to Article 26(6) stating that “[f]or greater certainty, the domestic law of a Contracting Party shall not be part of the applicable law.” However, this footnote has no bearing on the determination of a tribunal’s jurisdiction when accepting that the provision refers to the applicable law to the merits.[18]

Therefore, it appears that the draft text suggested by the EU cannot exclude that Article 26 of the ECT may be interpreted to apply in an intra-EU setting. This is notwithstanding the fact that under EU law, intra-EU investment arbitrations are incompatible with the EU Treaties and namely the autonomy of the EU legal order. As the CJEU will approach the issue from a purely EU law perspective, it will most likely decide the compatibility question in the negative.

If the CJEU finds the draft to be incompatible with the EU Treaties, the European Commission will have to remediate the content of Article 26 ECT and must subsequently convince the other ECT contracting parties. An opinion of incompatibility will also affect the roughly 40 pending intra-EU arbitrations under the ECT: in particular, the enforcement of such awards can then be challenged before domestic courts if enforcement is sought in EU member states.

Lastly, one should note that the treaty conflicts that exist between the current ECT and EU law are not only jurisdictional but also involve substantive conflicts given that the ECT is no longer in line with EU’s objectives and IIAs practice. Questions arise about whether the draft text sufficiently reflects the EU’s objective of climate change mitigation, as well as the ambitious Green Deal and energy-transition targets.[19] On December 2, 2020, the European Commission confirmed for the first time that the EU could withdraw from the ECT “[i]f core EU objectives, including the alignment with the Paris Agreement, are not attained within a reasonable timeframe.”[20] While a collective withdrawal of all member states would also come with legal hurdles, we can conclude from the last developments that the future of the ECT has become increasingly uncertain.

Stefanie Schacherer is an associate with IISD’s Economic Law and Policy Program. She is also a Swiss National Science Foundation (SNSF) postdoctoral researcher.

[6] Declaration on the Legal Consequences of the Judgment of the Court of Justice in Achmea and on Investment Protection in the EU. (2019). file:///Users/s3/Downloads/190117-bilateral-investment-treaties_en-1.pdf ; Finland, Luxembourg, Malta, Slovenia, and Sweden issued a collective declaration, and Hungary issued an individual declaration. All find that, at the time of the declaration, it was too early to express an opinion on the compatibility of ECT, Article 26 with the EU Treaties.

[7] Agreement for the Termination of Bilateral Investment Treaties between the Member States of the European Union, see preamble, recital 10. https://eur-lex.europa.eu/legal-content/EN/TXT/?uri=CELEX%3A22020A0529%2801%29

[8] Even though Austria and Sweden did not sign the Termination Agreement, they have committed to terminate their BITs bilaterally. Conversely, the inaction of Finland led the Commission to initiate formal infringement proceedings against Finland. Ireland has no applicable BITs.

[9] See, List of observations provided by the Commission to others, e.g. arbitration courts. https://ec.europa.eu/competition/court/observations.html

[15] Communication from the Commission to the European Parliament and the Council, “Protection of intra-EU investment,” COM/2018/547 final. See Declaration, supra note 6.

[19] On how these issues could be integrated see, Bernasconi-Osterwalder, N. & Brauch M.D. (2019). Redesigning the Energy Charter Treaty to advance the low-carbon transition. TDM. https://www.iisd.org/publications/redesigning-energy-charter-treaty-advance-low-carbon-transition

[20] Answer given by Executive Vice-President Dombrovskis on behalf of the EC. https://www.europarl.europa.eu/doceo/document/P-9-2020-005555-ASW_EN.html