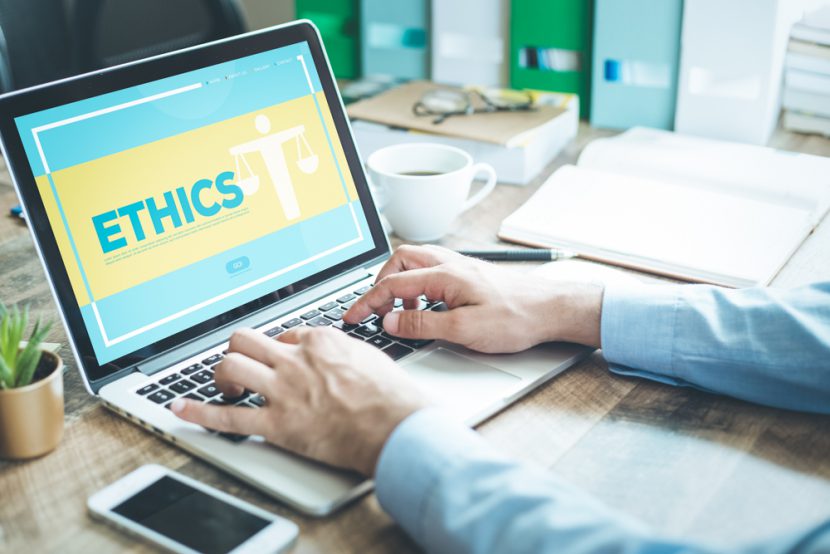 International investment law has come under increased scrutiny for several reasons.[1] One particularly salient criticism has been with respect to its “one-sided” nature, with investment treaties historically providing hard legal rights of protection to foreign investors with no corresponding legal responsibilities. This criticism has been strengthened by the rise in high-profile investor–state claims in recent years that highlight the direct intersection of investor rights with key areas of public interest.[2]

A number of recent reforms have attempted to address this imbalance through the wider incorporation of CSR principles within investment treaty text and arbitral practice. Within investment treaty texts, states are increasingly opting to include CSR through either the incorporation of language within treaty preambles or through the inclusion of a broader substantive treaty provision (or chapter) directly targeting CSR. Within arbitral practice, foreign investor conduct is becoming a potential basis on which states may claim the inadmissibility of an investor–state claim or pursue counterclaims against foreign investors for harmful conduct.

In this article, we review some of the key features of these recent reforms in investment treaty law and practice. In conclusion, we argue that, despite these reforms being advanced as a progressive movement toward rebalancing international investment law, there is a need for deeper reflection on their broader practical and theoretical implications.

CSR provisions as duties for states

The most prominent incorporation of CSR emerging within international investment law today is either through the inclusion of CSR language within an investment treaty’s preamble or through a dedicated CSR provision (or chapter) within the treaty’s body text.

With respect to preambles, UNCTAD’s mapping database currently lists 223 investment treaties, 170 of which are currently in force, as including “mention of human rights, labour, health, CSR, or poverty” within their preambles.[3] In theory, these inclusions mark a step forward for establishing CSR standards within the guiding framework of the investment treaty. However, while preambles may provide some assistance in interpreting the object and purpose of the treaty in question, they are widely regarded as not producing the same substantive obligations as provisions held within the body of the treaty text.[4]

By contrast, only 40 investment treaties, 23 of which are currently in force, include a separate provision (or chapter) that includes language promoting the adoption or strengthening of CSR initiatives.[5] These provisions can vary widely in their terminology, influencing both the subject of responsibility and the nature of the obligation.

In most investment treaties, the included language is both voluntary and vague and reflects an added responsibility for states to either encourage CSR standards or pursue the adoption of domestic legislation to regulate foreign investor abuses. For example, Article 16 of the Canada-Kosovo FIPA provides that states “should encourage” enterprises to “voluntarily incorporate internationally recognized standards of corporate social responsibility in their practices and internal policies… [such as those addressing] labour, the environment, human rights, community relations, and anti-corruption.”[6]

In other investment treaties, there is more direct and affirmative reference to existing international instruments targeting CSR. Article 422 of the EU–Ukraine Association Agreement, reads that states “shall promote corporate social responsibility and accountability and encourage responsible business practices, such as those promoted by [the UN Global Compact, the ILO Tripartite Declaration, and the OECD Guidelines for Multinational Enterprises].’[7] However, while the shift from “should” to “shall” suggests stronger incorporation in theory, these existing instruments of international law have been largely criticized to date for their weak language and voluntary nature.[8]

Another emerging strategy for CSR implementation within investment treaty text is to provide for extraterritorial jurisdiction relating to civil liability of foreign investor conduct abroad. As written in Article 17.2 of the South African Development Community’s (SADC’s) Model Bilateral Investment Treaty, this approach would oblige home states to “ensure that their legal systems and rules allow for, and do not prevent or unduly restrict, the bringing of court actions on their merits before domestic courts relating to the civil liability of Investors and Investments for damages resulting from alleged acts, decisions or omissions made by Investors in relation to their Investments in the territory of the Host State.”[9] In theory, if phrased appropriately, this could serve as a useful response to the common forum non conveniens defence.[10]

CSR provisions as duties for investors

In addition to the above, a small number of investment treaties have explicitly imposed substantive obligations on foreign investors. Brazil’s recent investment treaty signed with Malawi provides an instructive example in this regard. While not currently in force, the treaty includes a section dedicated to CSR, Article 9, which states that “[t]he investors and their investment shall develop their best efforts to comply with the following voluntary principles and standards for a responsible business conduct and consistent with the laws adopted by the Host Party receiving the investment.”[11]

It is important to note, however, that the language within these treaties remains vague and voluntary in nature by utilizing the conditional terminology “should” and by referencing loosely defined “internationally recognized standards.” As above, despite the value of these inclusions in theory, there is a question as to whether they operate in practice to provide greater space for holding foreign investors accountable or whether they will lead to further ambiguity, complexity, and interpretational discretion within arbitral practice.

By contrast, the Bilateral Investment Agreement between Morocco and Nigeria provides more direct, explicit, and comprehensive language on foreign investor obligations within its treaty text.[12] Indeed, rather than utilizing the “should” terminology, the treaty states that investor’s “shall” comply with CSR obligations and expands the scope of covered activity to include: impact assessment (Article 14); anti-corruption (Article 17); post-establishment environmental management, human rights, labour rights, and environmental rights (Article 18); corporate governance and practice (Article 19); and Home State civil liabilities (Article 20). The treaty also goes further to include a dynamic obligation, which reads that “[w]here standards of corporate social responsibility increase, investors should strive to apply and achieve the higher-level standards” (Article 24).[13] While this treaty is not yet in force, it represents a more comprehensive step forward for setting clear standards on holding foreign investors accountable.

CSR as a means for inadmissibility

The increased incorporation of CSR language within investment treaties has also coincided with a gradual evolution in arbitral practice. While it is outside of the scope of this article to detail the growth of jurisprudence on these matters, a number of recent cases have suggested that arbitral tribunals are increasingly willing to recognize a foreign investor’s conduct as a ground on which to refuse jurisdiction and/or admissibility of an ISDS claim.

In this regard, arbitrators have recognized the significance of foreign investor conduct in a number of cases to date, evoking a “minimum standard of corporate social diligence,” which includes the principles of “unclean hands,” a “duty of transparency,” and “unjust enrichment.”[14] As stated within Monebhurrun’s detailed analysis of this trend, “[t]he inclusion of an expected [CSR obligation] of companies in investment agreements has arguably set the foundation and the first steps for the—surely slow—construction of a doctrine of a minimum standard of corporate social diligence: under this assumption, investors will have to be minimally (socially) diligent to claim the application of an investment agreement.”[15]

This optimism may be premature, however. As evidenced by existing ISDS decisions, the recognition of foreign investor obligations within arbitration has been notably inconsistent and ambiguous to date, showing promise mostly in instances of clear corruption rather than in areas related to human rights, labour, and environmental harms.[16]

CSR as a grounds for counterclaims?

Another development in arbitral practice has come through the possibility of states initiating counterclaims against foreign investors. While the outcome of counterclaims within ISDS cases have been diverging, there is some recent evidence to suggest that the counterclaims may become a new and novel mechanism for states to seek remedies for foreign investor conduct.

In Urbaser v. Argentina, which raised arguments concerning the “human right to water,” the Argentinian government pursued a counterclaim alleging that the water concessionaire had failed to provide a necessary level of investment to ensure adequate access to water for its population.[17] While the full extent of the ruling has been detailed elsewhere, some conclusions are worth noting here.[18]

In a separate case, Burlington Resources v. Ecuador, there was a successful counterclaim relating to environmental and infrastructural damages in respect of a foreign investor’s conduct.[21] Referencing both national tort law and broader international law, Ecuador claimed an initial USD 2.8 billion in compensation, stating that the company had failed to maintain its investment’s infrastructure, leading to costly environmental damage that required soil and groundwater remediation. After conducting a site-by-site analysis of environmental and remediation costs, the tribunal awarded Ecuador USD 39.2 million for environmental remediation and USD 2.5 million for infrastructure damages.[22] While the counterclaim award was significantly less than the amount initially claimed, and the overarching ISDS claim was still decided in favour of the investor for roughly USD 380 million, the case is often used as an illustrative example of the potential to pursue counterclaims in the context of an ISDS claim.

The promises and limitations of reform: Progress or fantasy remedy?

Combined, the above reforms to investment treaty law and practice suggest some promising avenues for rebalancing international investment law through the incorporation of CSR. However, there are some potential limitations of these reforms in theory and practice that deserve greater attention.

First, as discussed above, CSR language has been largely voluntary in nature. This raises questions regarding the extent to which these provisions may be used in practice and provides further ambiguity as to what the specific applicable standards of law are—and how they are to be incorporated. Indeed, there is very little evidence to date to suggest that CSR provisions will be mobilized consistently in practice. This should raise deeper questions regarding whether these advancements fundamentally operate to rebalance international investment law, or if they instead serve to further legitimize voluntary standards in place of more transformative alternatives.

Second, the incorporation of these standards does little to address foundational concerns relating to consistency, participation, and transparency within arbitral practice. While reforms to procedure and third-party access are taking place elsewhere, the nature of the reforms discussed above grant increased interpretive authority and discretion to private transnational arbitral tribunals on the appropriateness of the conduct of foreign investors and do not provide for explicit or meaningful access to those most directly impacted by CSR abuses. Consequently, we ask whether arbitral tribunals, rather than domestic courts, are the most appropriate forums to consider and adjudicate complaints relating to CSR abuses, even if only mobilized as a state defence.

Finally, we argue that reforms need to be conceptualized within the broader theoretical framework of trade and investment relations in the global political economy. At the core, the reforms listed above do not problematize, but rather reinforce, dominant assumptions about the necessity and impacts of policies aimed at liberalizing investment flows through increasingly broad-sweeping trade and investment treaties. As we discuss in our recently published article in the Review of International Political Economy, the result is that these reforms understood as progress may instead function to further legitimize and lock-in states to neoliberal disciplines while obscuring and deepening the costs associated with the expansion of transnational capitalism.[23]

Claire Cutler is a professor of international relations and international law in the Political Science Department, University of Victoria, Victoria, B.C., Canada. Her teaching and research focus on the development of a critical political economy of private and public international law and the changing configurations of power in the world. Her publications include The Politics of Private Transnational Governance by Contract (Routledge, 2017) and New Constitutionalism and World Order(Cambridge University Press, 2014).

David Lark is a sessional lecturer and Ph.D. candidate in political science at the University of Victoria, B.C., Canada. His teaching and research focus on critical intersections (and contestations) of private and public power within the making and practices of international law and transnational governance.