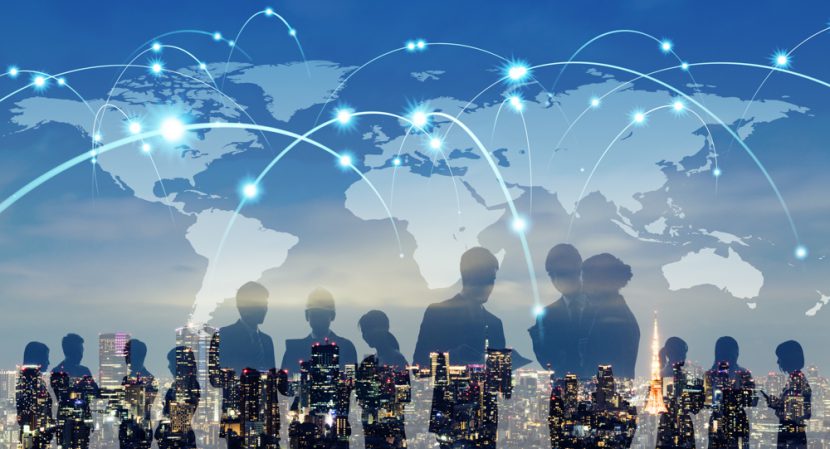 Because of their structure, multinational corporations (MNCs) can resort to IIAs to protect their subsidiaries. Provided they fulfill certain conditions, MNCs can trigger the investor–state dispute settlement (ISDS) clause under a relevant IIA and seek monetary compensation from host states for the damages caused to their subsidiaries. Conversely, by virtue of the principles of corporate separation and limited liability, MNCs can take advantage of their structure to avoid liability for the damages caused by their subsidiaries. This contradictory treatment highlights the need for a more balanced approach with regards to the rights and obligations of MNCs under IIAs.

The structure of MNCs comprises a parent company and its subsidiaries. UNCTAD defines a parent company as an “enterprise that controls assets of other entities in countries other than its home country”[1] while a subsidiary is defined as an “enterprise in which an investor, who is a resident in another economy, owns a stake that permits a lasting interest in the management of that enterprise.”[2]

Central to these definitions is the connection between the parent company and the subsidiary— i.e., the control that the former exercises over the latter—and is also one of the conditions that investors need to fulfill in order to benefit from the protection granted by IIAs. Access to ISDS is limited to nationals of the state parties to IIAs. Legal persons usually justify their nationality on the basis of their place of incorporation. In that regard, by their incorporation into one of the contracting parties to an IIA, the parent company of an MNC would meet the nationality criterion to qualify as an investor. Another condition for benefiting from the protection of IIAs is meeting the definition of protected investment. It is quite common that IIAs contain a list of assets that are deemed as investments for the purposes of protection, which usually include enterprises.

Lastly, under IIAs, the connection between the investor and the investment must be established. IIAs typically address this relationship by requiring that the investors own or control the investment. Since one of the characteristics of the structure of MNCs is the control that parent companies exercise over their subsidiaries, MNCs would also meet this condition and hence be entitled to protection under IIAs. The fact that the parent company and the subsidiaries are separate entities operating in a different jurisdiction, each with its own legal personality, is irrelevant for the purposes of IIAs; what matters is the connection between them. The same logic, however, does not apply when subsidiaries give rise to tort liability.

In some instances, victims of tort caused by the subsidiaries of MNCs decide to seek redress before the courts of the parent company (home state) instead of their own domestic courts. Several factors may explain this decision, such as deficiencies of the judiciary in the host state, a more favourable liability regime in the home state, and the possibility of targeting the greater assets of the parent company. However, seeking redress before the courts of the home state has proven to be a challenging task because most jurisdictions adhere to the principles of corporate separation and limited liability.

By their incorporation as legal persons under the law of host states, the subsidiaries of MNCs become entities distinct from the parent company. They acquire legal personality and hence are capable of acting independently and of exercising rights and undertaking obligations. In that regard, the principles of corporate separation and limited liability shield parent companies from the liability that may arise from the activities of their subsidiaries. Although such protection is not absolute, tort victims need to overcome significant legal barriers in their attempts to hold parent companies liable.

The first hurdle is convincing the foreign court to assert jurisdiction over the case. A common objection to extraterritorial civil jurisdiction raised by MNCs in common law states is the doctrine of forum non conveniens. Other jurisdictional objections include the doctrines of act of state and non-interference in the domestic affairs of other states. Victims may also be confronted with the generally high threshold for piercing the corporate veil as well as difficulties in establishing the existence of liability of the parent company with respect to the subsidiaries.

To some extent, this is what occurred in the Chevron case, which is one of the longest and most complex cases involving tort victims and corporate responsibility. In this case, the US courts declined to assert jurisdiction over the claim brought by the Lago Agrio plaintiffs on the basis of forum non conveniens. However, Chevron was able to directly challenge decisions of the Ecuadorian courts related to this by invoking the Ecuador–US BIT.

This contradictory treatment, in which MNCs benefit from the advantages of the two regimes, highlights the need for a more balanced and coherent approach to managing the relationship between corporations, their subsidiaries, and host states.

Some of the criticisms levied at IIAs have focused on their asymmetry, as they traditionally impose obligations exclusively on the host states, while only investors can trigger ISDS. To address these concerns, some new IIAs include provisions such as corporate and social responsibility clauses and make reference to the right of host states to raise counterclaims against the investor. For instance, the Colombia–United Arab Emirates BIT establishes a mechanism for obtaining an investor’s consent for counterclaims.[3] However, while having such a mechanism marks a contrast with older IIAs, its operability is still limited, as it can only be invoked once the investor triggers an arbitral proceeding. Most importantly, it does not provide victims access to remedy. For instance, in Burlington v. Ecuador, although not expressly provided for under the Ecuador–US BIT, the arbitral tribunal accepted the counterclaim raised by Ecuador with respect to the harm caused by the investor to the environment and infrastructure and accordingly, ordered Burlington to pay USD 41 million in terms of compensation.[4] However, the citizens who suffered the consequences of the environmental damage had no standing to initiate an arbitration against Burlington pursuant to the Ecuador–US BIT.

In parallel, there is renewed interest at the international level in initiatives on corporate responsibility and the liability of parent companies. These initiatives, which vary in terms of scope and nature, include the OECD Guidelines for Multinational Enterprises, the UN Guiding Principles on Business and Human Rights, and the proposal for a Legally Binding Instrument to Regulate, in International Human Rights Law, the Activities of Transnational Corporations and Other Business Enterprises.[5]

The evolution of IIAs with regard to investor’s obligations, on the one hand, and the international initiatives aimed at enhancing MNCs’ corporate social responsibility, on the other, seem to be moving toward some sort of convergence. In this context, new IIAs could serve as mechanisms for enhancing this convergence.

As stated above, under IIAs, investors must demonstrate they own or control a covered investment. This connection between the investment and the investor, which is one of the conditions for benefiting from the protection of IIAs, could also operate inversely. Stated differently, tort victims should have access to a remedy against the parent company before the courts of the home state in those cases in which it is demonstrated that the parent company owns or controls the subsidiary that gave rise to the liability. The rationale underpinning this proposal is straightforward. If MNCs benefit from the rights conferred by IIAs to protect their subsidiaries, in exchange they should bear the eventual liability that such investment might give rise to.

The objective of this proposal is threefold. First, it would address one of the main deficiencies of the corporate responsibility framework by circumventing the legal hurdles posed by the principles of corporate separation and limited liability. Hence, tort victims could directly argue over the merits of the case instead of spending years litigating whether the foreign court has jurisdiction over the case. Secondly, it would provide an effective mechanism for enforcing corporate responsibility of MNCs while addressing the concerns expressed with regards to IIAs. Thirdly, it would serve as an incentive for capital-exporting countries to exercise more control over the MNCs under their jurisdiction.

The mechanism for implementing this proposal is relatively simple. The contracting parties to an IIA would incorporate a clause agreeing to grant jurisdiction before their courts to plaintiffs from the other parties alleging to have suffered damages caused by a subsidiary that is owned or controlled by a company under their jurisdiction. In other words, by virtue of this clause, the parties to an IIA would grant extraterritorial civil jurisdiction to their courts over alleged facts that occurred in the host state. Interestingly, Article 20 of the Reciprocal Investment Promotion and Protection Agreement between Morocco and Nigeria[6] and Article 7.4 of the new Dutch model BIT contain some elements of the proposed clause.[7]

Furthermore, a review of the cases brought by tort victims against parent companies indicates that these cases usually involve mass personal injury resulting from environmental harm or human rights violations. For this reason (and to prevent the abuse of a provision granting tort victims the right to initiate legal actions against the parent company) it seems advisable to specify that the grounds for bringing such actions are limited to serious offences.

Another element that should be incorporated into the clause is the applicable law, as not only would this avoid further litigation but—most importantly—it would be the legal framework for assessing the liability of the parent company. On this point it is worth recalling that one of the reasons that tort victims initiate legal actions against the parent company is the perception that the legal system of the home state is more favourable to their interests. Hence, it would be advisable to incorporate into the proposed clause language specifying that the applicable law is that of the home state or, in the alternative, to leave the decision of the choice of the applicable law to the foreign plaintiffs.

It is worth noting that unlike other ideas aimed at balancing IIAs (such as allowing third parties access to ISDS) the proposal outlined above does not entail a fundamental change to the international investment regime. It seeks to build upon what seems to be a gradual convergence between the progressive reform of IIAs and the increasing importance that home states of MNCs attach to corporate social responsibility as evidenced by the adoption of national legislation, as it was the case of France,[8] and the development of international instruments on the matter.

In summary, IIAs could become an effective mechanism for addressing the limited liability of parent companies in relation to their subsidiaries, while balancing the rights and obligations of investors under those instruments. The rationale underpinning this proposal is that, since MNCs are considered to be connected to their subsidiaries when seeking protection under IIAs, that same connection should also be recognized when those subsidiaries incur tort liability.

Pablo Agustín Escobar Ullauri is a diplomat from Ecuador. He has occupied several positions in the economic department of the Ministry of Foreign Affairs and Human Mobility of Ecuador in charge of trade and investment negotiations. He holds a Master in International Law and Economics from the World Trade Institute and an LL.M. from the Graduate Institute of International and Development Studies.