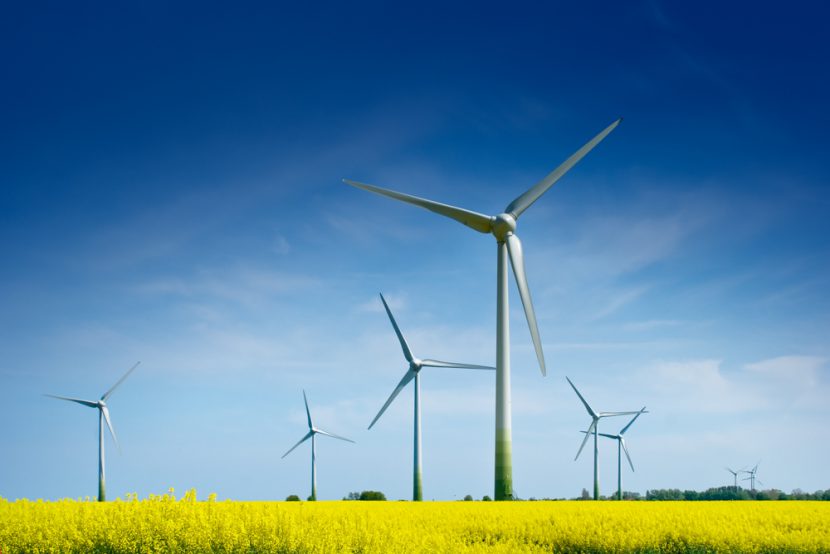 Most investment treaties do not explicitly distinguish between investments that contribute to sustainable development, such as renewable energy projects and those that do not. However, in light of growing concerns about climate change and in the wake of the Paris Agreement, states are incentivized to redesign international investment law to encourage renewable energy investments and facilitate the low-carbon transition.

In this piece, I analyze the Treaty on Sustainable Investment for Climate Change Mitigation and Adaptation (“TSI”), winner of the Stockholm Treaty Lab prize. First, I present the TSI as a model that states could adopt to foster international investment in the transition from carbon-intensive to low-carbon energy systems. Second, I comment on some challenges in implementing the TSI model and propose possible improvements in this regard. Third, I analyze how the TSI could be used to improve current and future bilateral investment treaties (BITs).

1. A critical commentary on the TSI as a renewable energy BIT model

On the other hand, the TSI extends treaty protections to investments defined as sustainable, while departing from the standard protections extended to investors under traditional BITs.[3] The definitions it provides for expropriation, non-discrimination, and standard of treatment are very precise in order to avoid the far-reaching interpretations arbitral tribunals have had in the past. It expressly removes the standards of FET, full protection and security, legitimate expectations, and indirect expropriations as well as procedural rights for unsustainable investments (Arts. 3.3 and 3.4).

The TSI also creates incentives for states to protect the environment. It provides procedural avenues for citizens to challenge states, investors, or investments that fail to comply with their obligations under the TSI. States have the obligation to enforce existing international environmental agreements and to plan the phase-out of fossil fuel subsidies and other investment incentives to unsustainable investments over time.[4]

The TSI also regulates the just transition to a sustainable society by putting an emphasis on the protection of workers’ rights, as moving to a low-carbon economy will inevitably disrupt the labour market. Citizens also have procedural rights to challenge state action should they breach their treaty obligations, thus giving them a voice in the proceedings.[6]

The TSI rebalances the relationships between states and investors by including significant obligations for the latter and rights for the former. Indeed, the treaty extends the right to initiate an arbitration to states, making the dispute resolution two-sided. It also establishes a joint committee to aid in the interpretation and application of the treaty and a national contact point to help build relationships between investors and host states. It creates its own tribunal and appellate tribunal to develop consistent jurisprudence regarding the application of the TSI.

The TSI provides a radical rethinking of traditional model BITs, and aims to address the main criticisms that the regime has faced. Its strategy is therefore to provide new treaty standards that solely benefit sustainable investment and new tribunals to interpret and apply them consistently. Importantly, the TSI recognizes that the framework it proposes amounts to a fairly radical departure from the current investment regime and lays out provisions regarding a transition toward the ambitious goal it sets for the host states and taking account the level of development of each country.

2. Challenges in implementing the TSI and possible improvements

The TSI is a model targeted at leaders that are willing to engage in drastic reforms to address the climate crisis. Despite efforts to facilitate its adoption, such as offering states the opportunity to progressively designate more industries as “unsustainable” over time, the TSI’s impact could be limited if only a few countries are willing to adopt the model. Indeed, several factors may complicate the TSI’s adoption and ultimate impact.

Considering that the TSI provides a more balanced regime between investors and host states, investors could engage in “treaty shopping” for the protection of older, more advantageous treaties. Countries will, therefore, have to fully reform all their BITs before the TSI can have its full desired effect. In addition, the effects of the TSI might be mitigated by already-existing investment contracts that include access to ISDS under the traditional investment arbitration regime. The biggest obstacle to the TSI might, therefore, be the time needed to reform old-generation treaties and wait for old contracts to come to an end so that its full effects can be felt within the regime.

Another potential obstacle to widespread adoption of the TSI is the reality of unequal relative bargaining power between potential treaty signatories. Developing or smaller economies may find it difficult to impose such a radical change on larger or more powerful treaty partners. The TSI, therefore, depends on forward-thinking and influential countries to adopt and promote this model of investment protection.

Additionally, some states may not have the expertise or economic resources to implement the institutional obligations of the TSI. The treaty addresses this potential challenge regarding the establishment of its joint committee, as it proposes alternative compositions depending on whether developing states are involved (Art. 10.1). However, developing countries would still need to select representatives of government agencies responsible for areas such as energy, environment, and climate change, among others, and to set up a national contact point. The TSI addresses the issue of state capacity to fulfill their TSI obligations in other articles by providing “Party A shall provide technical assistance to Party B in the implementation of this Article” (for example, Art. 6.3(4) on the transparency obligation to make laws and regulations of state parties publicly available). However, there is no such provision in the articles defining the TSI institutions; therefore, similar provisions should be included regarding the institutional obligations of the TSI to ease the burden on developing countries.

The revolutionary character of the TSI will, therefore, slow its expansion. Only states that are mindful of renewable energy technologies, eager to try new investment models, influential enough to impose the TSI’s extensive changes on other countries, and developed enough to implement new and potentially costly institutions will be able to adopt the TSI. Additionally, the TSI’s full potential depends on its widespread adoption. As such, it will probably have to wait sometime for its influence to be truly felt in the investment regime.

3. The TSI can inspire the next generation of BITs

The TSI can be used to improve the next generation of BITs by offering an example of a comprehensive approach to the current procedural and substantial challenges facing the international investment treaty regime. Many of the newer generation of BITs attempt to address these same issues but in a more piecemeal fashion. For example, CETA adopts a similar strategy to the TSI to address the regime’s procedural issues, through preappointed members to its own ad hoc and appellate tribunals. However, its substantive provisions, such as its most-favoured nation and national treatment standards, are very broad and could be improved by adopting the TSI’s approach of defining some standards, such as national treatment, more precisely or excluding MFN altogether. The India Model BIT and the Morocco–Nigeria BIT both attempt to address substantive issues by redefining the treaty standards and innovating new ways to balance rights and obligations between investors and states. However, the India Model BIT could benefit from more explicit mention of sustainable development goals and the creation of an appellate tribunal to harmonize arbitral decisions. Similarly, the Morocco–Nigeria BIT would be greatly improved through the establishment of its own ad hoc arbitration tribunal and appellate tribunal. All of the aforementioned treaties could encourage distinguishing between sustainable and unsustainable investments in order to target the development of renewable energy investments by proving the former with more protections than the latter.

The TSI could, therefore, guide newer generations of BITs by providing a coherent strategy for addressing the current criticism facing the international investment treaty regime and promoting sustainable investment in a targeted fashion.

The TSI faces challenges due to the remaining infrastructure of the old investment regime and implementation complications. Even so, it addresses most of the criticisms that have led to a backlash against the old-generation investment treaties and their ISDS mechanisms. States aiming to carve out more policy space to promote sustainable investment could look to the TSI as an avant garde approach to investment protection that offers many improvements to existing investment treaties.

Sofia de Murard is a New York-qualified lawyer currently working in international arbitration in Paris. She holds an LL.M. in international legal studies from New York University, a master’s in private international law from La Sorbonne, as well as two bachelor’s degrees in French law and English law from the Sorbonne and King’s College, London.

[0] The TSI was selected alongside another treaty, “Protocol for the Encouragement, Promotion, Facilitation and Protection of the Investments in Climate Change, Mitigation and Adaptation” to receive the highest commendation by the Jury.