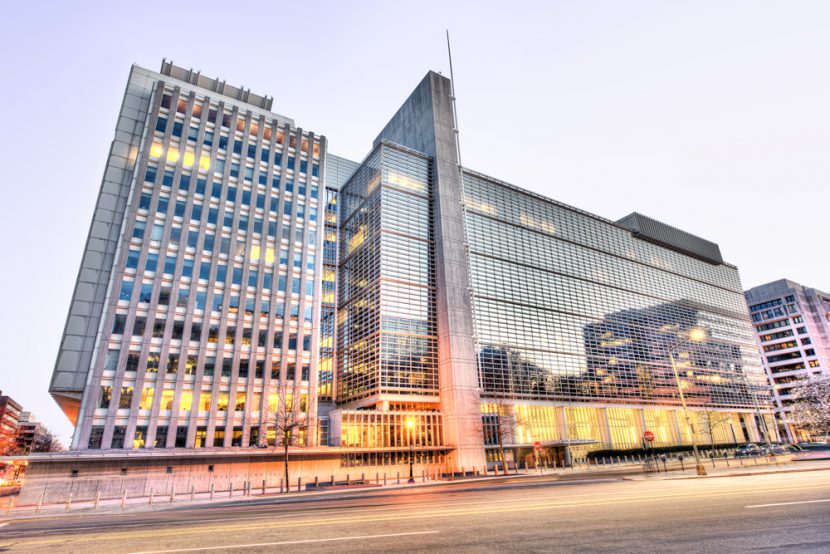 Globally, 74 countries have national investment laws that mention investor–state arbitration, and 42 of these laws likely provide consent to it. That is, these laws provide a legal basis for an arbitration tribunal to decide they have jurisdiction over a claim brought by a foreign investor against the government. Consenting to arbitration in national law is puzzling for several reasons.

First, providing consent to arbitration can be extremely costly—many governments have found themselves paying large awards and high legal fees since over 60 arbitration cases have relied on national investment laws for jurisdiction.[1]

Third, governments are not following successful examples—no developed state has ever provided consent to arbitration in its national law, to our knowledge. So why do so many governments do it?

In a recent research article,[3] we find that governments are significantly more likely to consent to arbitration in their national laws after they receive advice from a small part of the World Bank called the Foreign Investment Advisory Service (FIAS). According to our analysis, receiving FIAS advice on domestic law reform increases a country’s likelihood of adopting a law with arbitration by 650%. Of the 65 states that have received investment law advice from FIAS, 30 subsequently included arbitration in their law.

FIAS provides “advice on host country policies that affect the flow of productive private investment.”[4] One type of advice that FIAS advisers or consultants provide relates to the drafting of national investment laws. Their current advice is based on the 2010 Investment Law Reform Handbook, which defines best practice as providing access to arbitration.[5]

In interviews, FIAS officials provided further explanation, which was consistent with the Handbook:

To put things in perspective I think we advocate for ISDS as a good international practice. Also to ensure alignment with IIAs.[6]

I think the broad idea regarding investor rights is to ensure [the law] either gives rights that are higher than those … already available in IIAs or BITs … or to match them. That is the core message from our side. … We say that it is always better to have your domestic law in alignment with your international laws that you have already accepted like 15–20 years ago in the form of a BIT.[7]

This definition of “best practice” is not widely shared. The World Bank is the only international organization that recommends governments provide access to investor–state arbitration in their national investment laws, to our knowledge. While the OECD and UNCTAD often include national investment laws in their work, they have never recommended that these laws provide consent to arbitration.

The process of FIAS advice

Formally, governments must ask FIAS to provide technical assistance. In practice, however, the idea for FIAS assistance emerges externally, often through suggestions by officials in other arms of the World Bank Group or from World Bank country offices.[8] FIAS advisers are often invited to countries shortly after the end of armed conflict or in the early years after independence, as part of larger World Bank and donor programs. Donor countries can also influence which countries receive assistance since FIAS is donor-funded.

FIAS projects on investment law reform begin with the project being funded and an external consultant and local lawyer being hired. External consultants may work on investment laws in several countries. The consultant and possibly FIAS officials travel to the country for initial scoping exercises and problem diagnosis. The local lawyer then usually writes the first draft of the new investment law, using the Investment Law Reform Handbook as a template, as well as example clauses suggested by FIAS. Drafts of the law are sent to FIAS in Washington for comments.

FIAS officials emphasize that they do not write laws at any point, but they provide detailed comments whenever there is a draft.[9] In many governments, a working group is set up to discuss a new investment law. When FIAS is involved, the external consultant and local lawyer will participate (even when FIAS is not involved, international actors often participate in these working groups). A draft law typically moves from the working group to a ministry and then on to parliamentary debate before being enacted.

Evidence of a link between FIAS and arbitration clauses

Reviewing FIAS annual reports, we identified the countries and years in which FIAS advisers or consultants provided advice on investment law reform. We then collected national laws to identify the year in which countries pass their first investment law that mentions or provides consent to investor–state arbitration. In Table 1, we provide three examples of national laws: one mentions but does not consent to arbitration, the second is ambiguous, and the third consents to arbitration. We provide the text of all provisions in national laws that mention arbitration and explain why we believe they provide consent or not in an appendix to our forthcoming paper.[10]

The link between receiving FIAS advice and adopting investment laws with arbitration is strong. In Table 2, we list all countries that have passed a law with an arbitration clause between 1986, when FIAS was established, and 2015. The grey rows indicate countries that received FIAS advice prior to the adoption of the law.

Of the 74 countries that passed a law mentioning or providing consent to arbitration, 30 received FIAS advice on investment law reform. Almost half (30 out of 65) of the countries that FIAS advised then enacted new laws consenting to arbitration. This is strikingly high, given the potential for opposition to arbitration and the administrative and political hurdles to passing legislation.

The only other finding from the broader statistical analysis is that governments with more experience—either having faced more investor–state arbitration cases or having ratified more investment treaties—are less likely to consent to arbitration in their national laws.

The Kyrgyz Republic received technical assistance from FIAS in 1998, 1999, and 2001, and then passed an investment law with consent to arbitration in 2003. At the time, the World Bank had an extensive presence in the Kyrgyz Republic, along with other donors and aid agencies: 65% of all economic policy bills under consideration in 1998 were formulated by external advisers.[11]

By 2000, there was a draft investment law, which FIAS officials reviewed, and then another draft they reviewed in 2001.[12] The investment law passed in March 2003, just before the approval of a large concessional loan from the World Bank. A new investment law was not one of the formal conditions the Kyrgyz government had to meet for the loan to be released, but the World Bank was undoubtedly in a commanding position.[13]

We did not find evidence of investors advocating for arbitration in the law. Mining companies were the main foreign investors interested in the Kyrgyz Republic, and even World Bank documents note that these companies sought to negotiate contracts with the government instead of relying on the national law: “many mining investors will still seek to negotiate separate investment agreements with the authorities, which can provide for better investment terms.”[14]

When asked to describe relationships with technical assistance providers, Kyrgyz actors note that foreign advisers “don’t overpower” locals. One observed that there is often contestation in working groups, but it does not take the form of “foreign institutions pressuring and locals resisting”: instead, the splits usually depend on whose ministries or jobs will be affected by the new law.[15] Yet this same individual noted that sometimes there are no splits within the Kyrgyz government. When asked to describe who would be for or against including arbitration in national law, they answered: “I think the government did not deliberate much in 2003, we didn’t have any cases. If we had, all of the Kyrgyz government would have been against it.”[16]

Since 2003, the Kyrgyz Republic has been a respondent in 14 known arbitration cases: in at least five of these cases, the jurisdictional claim was based on the 2003 investment law.[17] For the Kyrgyz Republic, the costs of this law have been high.

Table 2. National laws that mention or consent to arbitration