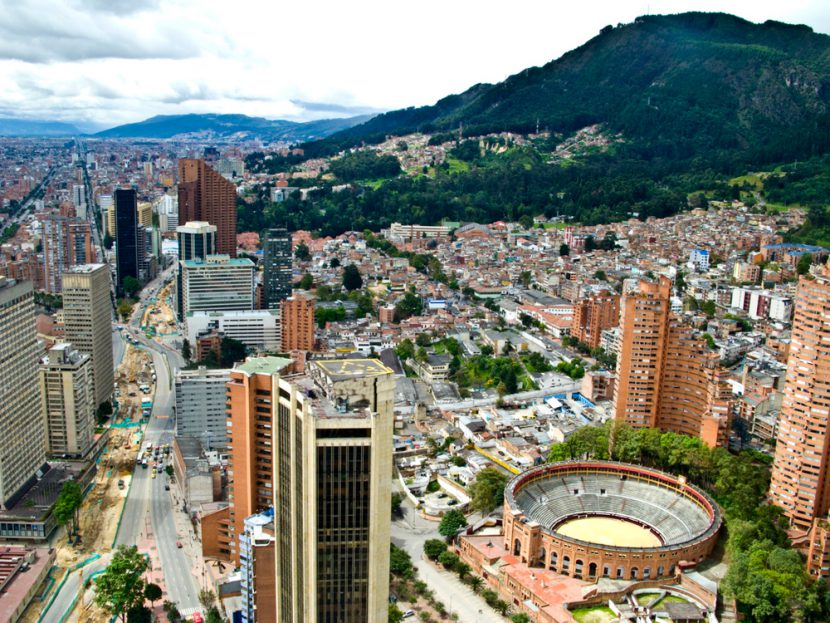 The International Institute for Sustainable Development (IISD), Kenya Investment Authority (KenInvest) and the South Centre held the 11th Annual Forum of Developing Country Investment Negotiators in Nairobi, Kenya, from February 7 to 9, 2018. The event gathered 141 participants, including delegates from 65 developing country governments and 11 regional and international organizations. Discussions focused on trends and challenges in the design of investment treaties and reform of investor–state dispute settlement (ISDS) from the perspective of sustainable development.

During the event, IISD interviewed developing country delegates on their experiences on investment negotiations and disputes, their expectations for investment reform processes and their views on the value of the Forum. ITN publishes here the interview with Luis Guillermo Vélez Cabrera, Director-General of Colombia’s National Agency for the Legal Defense of the State (ANDJE). Among other functions, ANDJE coordinates Colombia’s defense in international investment disputes and supports the Colombian Ministry of Trade, Industry and Tourism (MinCIT) in investment treaty negotiations.

IISD: Has your country faced any negative consequences as a result of investment treaties or agreements? Have you faced a dispute? Have you experienced regulatory chill?

Actually, and to a certain extent, all three. We are currently handling at least seven arbitrations derived principally from bilateral investment treaties (BITs), some of them signed many years ago.

Colombia has been very respectful and welcoming of foreign investment. For Colombia, investment is very important. But it is also very important for the state to do its job, which is to regulate and to govern. When the government abides by the rule of law, it seems awfully unjust to have a dispute arise because the government is fulfilling its mandate. An investment regime that allows this to happen needs to be revised.

Colombia has never, in any way, acted contrary to its internal regulations, contravened international law or its international obligations or acted against an investor. Still, we have what we believe are unfair claims, that are going to be dealt with, but that in many ways should not be there.

IISD: What change would you like to see in how investment treaties and agreements are negotiated and in how disputes are resolved?

This problem should be approached from both angles—substantive and procedural.

More attention has to be paid to the wording of the substantive obligations of states in BITs. States should be very careful and aware of what exactly it is that they are obliging themselves to. Countries are not always aware of the details and implications of what they have signed. The Forum in Nairobi has been very useful in identifying ways to draft better BITs, if a country decides that is a route it wants to take.

The other problem is dispute resolution. Substance and procedure are of course linked and should be approached simultaneously, but they are different. ISDS is really the teeth that BITs have. And because of those teeth BITs bite and hurt. There is a lot to be done with respect to ISDS, which is currently in deep crisis. Multilateral work is being undertaken at the United Nations Commission on International Trade Law (UNCITRAL) to reform aspects of ISDS. There is also work being done at the International Centre for Settlement of Investment Disputes (ICSID). These ongoing reform efforts signal that there is no doubt that urgent reform is needed in several aspects.

For example, the system lacks clear conflict-of-interest rules. The “double-hatting” issue—where attorneys from multinational law firms act as attorneys for plaintiffs, attorneys for defendants and also arbitrators—cannot be accepted as it is. Second, there is the issue of arbitrators adjudicating disputes not based either on the treaties or on international public law. There is evidence that arbitrators, who mainly come from commercial arbitration, are not always savvy on public international law. They often undertake their job without considering the particular realities of a state, its objectives and its mandate, approaching investment disputes as if they were typical commercial disputes between two companies, which is clearly not the case. Third, this is also the principal source of incongruence in the decisions made by the tribunals and the resulting lack of predictability in the system. Those are at least three aspects that need to be addressed in ISDS urgently.

IISD: How has the Annual Forum helped prepare you to deal with and avoid these negative consequences?

The Forum is very, very important. It is a place where negotiators can exchange experiences and ideas, learn from mistakes made by others, from successes that others have had. It clearly sets a path for future engagements with investors and also for reviewing some of the policies that some countries have had in the past that have led to unfortunate situations.

Many other forums are attended by a great number of investors and capital-exporting countries, whose interests are not the same as the interests a developing country may have. This Forum allows for candid discussions among participants who come from similar backgrounds and have similar and shared interests.

IISD: How can IISD help you advance the desired reforms you mentioned?

Now that reform is demanded and is being seriously thought of, IISD can have a fundamental role as a source of ideas and information and also as a meeting point for many nations that experience the same situations and problems and that need some kind of guidance.