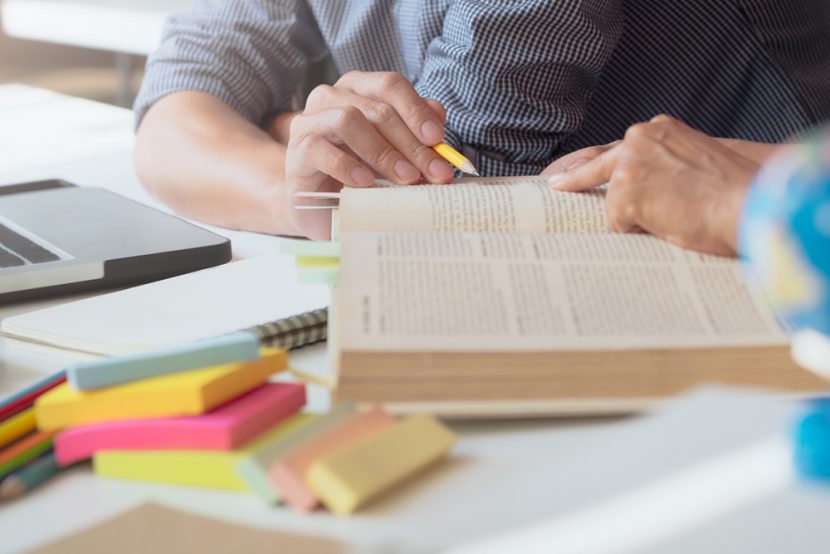 As the authors rightly remark in the introduction to this important book, “there has been very little engagement with investment treaties in scholarship from politics, economics and business” (p. 1). The well-organized and accessible policy analysis provided here by the authors is both a major contribution to filling that gap and a call to others to address outstanding and unresolved questions.

The authors’ development of a coherent overall structure for policy analysis of investment treaties in this concise book will appeal to many readers and should become an important component of university courses and academic study of investment treaties. In a field often dominated by practitioner-academics and commentary on arbitral interpretations, the three authors—professors at universities in Australia and the United Kingdom—belong to a new generation of scholars that does not participate in investment arbitration.

The clear and lively writing, balanced presentation and dispassionate tone will also be of particular interest for governments, including the more than 50 of them that participate in an investment roundtable hosted by the Organisation for Economic Co-operation and Development (OECD). Those governments have been considering a review and evaluation of existing research on the benefits and costs of investment treaties, including input from the authors and other experts in the field. This stocktaking of existing studies, which will be made available on the OECD website, reaches many conclusions similar to those of the authors in terms of the often-unresolved questions about benefits and costs, and need for additional study in many areas. More broadly, the authors echo governmental interest in reconnecting investment treaty law and policy with academic and government specialists in relevant fields.

The authors provide a brief synthesis of current debates and refer to some recent developments, but the book is more useful in providing access to broad context, and as such will remain relevant even as policies evolve. Three chapters provide valuable economic analysis which synthesizes and expands earlier work by the authors and others.[2] A recurring theme is that, while investment treaties have a core function for some situations, as currently applied they often appear poorly tailored to address identifiable economic concerns—this is traced to the fact that much treaty policy and interpretation lacks a foundation in economic analysis. A chapter addressing the economics of foreign investment concludes that the benefits of foreign investment are often associated with particular types of investment, which the authors contrast with the generally unselective treaty coverage of practically all investment, limited only by a nationality criterion.

The microeconomics of investment treaties

In analyzing the microeconomics of investment treaties and the decision making of key actors, the book provides a nuanced discussion of the scope of the hold-up risk—the risk that the government will seek to appropriate value after a foreign investor has sunk costs—and whether investment treaties are well designed to address it. In addition to suggesting that hold-up risk may be over-estimated in some contexts, the authors consider that certain interpretations of key treaty provisions such as fair and equitable treatment (FET) or umbrella clauses are not well designed to address hold-up risks because they are not focused on government appropriation of value. The book’s balanced treatment of the thorny question of the impact of investment treaties on the quantum and quality of government regulation—an issue at the core of today’s intense debate over the impact of treaties on the right to regulate—considers risks of over-regulation and under-regulation (regulatory chill), as well as risks of over-investment and under-investment. The over-investment risk has rarely been discussed, but as the authors suggest, there may be excessive investment in activities with high but currently unaddressed negative externalities—such as carbon dioxide-producing sectors—if over-protected investors do not internalize the risk of future regulation to address the externalities. The authors see protection from discrimination as a valuable role for investment treaties, but question the degree of discrimination against foreign investors in practice and note that some interpretations of now-central provisions such as FET are largely unconnected to concerns about discrimination.

The politics of investment treaties in developing and developed countries

A second chapter on politics summarizes and builds on the ground-breaking research in Lauge Poulsen’s 2015 book on developing countries’ reasons for concluding investment treaties.[4] Treaty policy is seen as having been driven by efforts to increase investment as well as on occasion by the sometimes-controversial use of treaties to lock in domestic law reforms. Although it is observed that practically all governments have been surprised by evolutions of arbitral interpretations, the authors see deeper capacity issues in some developing countries, noting for example historical evidence of a lack of awareness that treaties contained binding obligations.

Two chapters provide succinct legal analysis of substantive and dispute settlement provisions in treaties respectively. In its desire to be brief here, the book suffers to some degree from a focus only on arbitral decisions and recent European reforms. It largely treats FET provisions as a single category, and overlooks earlier government reforms and views in the context of the North American Free Trade Agreement (NAFTA), their possible impact in generating different outcomes under different treaty types, and their influence on other governments in many recent treaties and submissions.[5] The focus on arbitral decisions and lack of attention to this intensive (if quiet and often overlooked) and influential government action is related to the questionable assertion in the conclusion of the book that “hardly any country has begun to revisit whether foreign investors should in fact have substantive guarantees that go beyond guarantees of non-discrimination” (p. 260). In fact, there is considerable evidence of government action on this front. This includes the now widely used clarifications of indirect expropriation provisions as well as extensive briefing and treaty drafting to achieve narrower interpretations of FET by, for example, excluding any role for legitimate expectations as an element of that provision.[6]

The authors appear to describe the joint interpretive instrument signed in conjunction with the conclusion of the Canada–European Union Comprehensive Economic and Trade Agreement (CETA)—which states that “CETA will not result in foreign investors being treated more favourably than domestic investors”— as merely a general “conten[tion]” about treaties not providing preferential treatment (p. 13). As a contemporaneous part of the treaty context agreed to by all treaty parties after intensive political debate and negotiations, the joint interpretive instrument is of a different nature from other government statements on this issue cited by the authors. The joint intent to limit treatment to that received by domestic investors may be of great importance given what the authors recognize as potential scope for interpretation of some of the FET elements in CETA.

Admittedly, even joint government action has not always been reflected in arbitral decisions, but it may play the role of an advance indicator for systemic changes in some cases. And as the authors elsewhere note, some major economies have developed treaties without FET provisions or have terminated treaties with provisions sometimes interpreted as broadly applicable to non-discriminatory measures.

The authors’ characterization of government action as timid is more accurate for the limited government action to ensure that the many existing older treaties are interpreted consistently with these policy goals or to restrain investor treaty shopping into older treaties to maximize investor rights in investor–state dispute settlement (ISDS), as reflected in continued use of older treaties for the vast majority of claims.[7] As public tolerance for treaty shopping affecting government budgets shrinks in other fields of economic law—reflected notably in OECD work on tax treaties—governments may be prompted to address the issues across the investment treaty field as well.[8]

These relatively minor issues—which may also raise questions for governments about whether they need to publicize better the detail of their policies—do not detract from the authors’ admirable and well-organized examination of many underlying principles that should be considered by policy-makers, academics and participants in investment treaty policy. The book rightly emphasizes the need to ensure that treaties address identifiable and articulated policy goals, that possible drift in treaty interpretation does not take treaties off course and that treaty policy is actively managed by governments using a wide range of inputs. It merits careful study and should attract interest from a broad range of experts, policy-makers and students as governments increasingly engage in intensive review of their treaty policies.

David Gaukrodger is Head of Unit and Senior Legal Adviser at the OECD Investment Division. He leads analysis at the OECD about investment treaties and dispute settlement under those treaties, and provides support for the work of an investment Roundtable that regularly gathers OECD, G20 and other governments. The views herein are expressed in his personal capacity.

[2] For an example of important earlier work by the authors in this area, see Jonathan Bonnitcha’s 2014 law and economics monograph. Bonnitcha, J. (2014). Substantive protection under investment treaties: A legal and economic analysis. Cambridge: Cambridge University Press.

[5] Government materials in this area are gathered and summarized in Gaukrodger, D. (2017). Addressing the balance of interests in investment treaties: The limitation of fair and equitable treatment provisions to the minimum standard of treatment under customary international law (OECD Working Papers on International Investment, 2017/03). Retrieved from http://dx.doi.org/10.1787/0a62034b-en.

[7] See UNCTAD. (2017). World investment report 2017: Investment and the digital economy. Chapter III. Geneva: United Nations. Retrieved from http://unctad.org/en/PublicationChapters/wir2017ch3_en.pdf, p. 128 (“At the end of 2016, virtually all of the known treaty-based ISDS cases had been filed pursuant to treaties concluded before 2010, which typically feature broad and vague formulations and include few exceptions or safeguards.”).

[8] For an overview, see, e.g., OECD Multilateral Convention to Implement Tax Treaty Related Measures to Prevent Base Erosion and Profit Shifting (a multilateral treaty allowing jurisdictions to transpose results from the OECD/G20 BEPS Project, including minimum standards to implement in tax treaties to prevent treaty abuse and “treaty shopping,” into their existing networks of bilateral tax treaties in a quick and efficient manner), retrieved from http://www.oecd.org/tax/treaties/multilateral-convention-to-implement-tax-treaty-related-measures-to-prevent-beps.htm; see also OECD, Eliminating Treaty Shopping, (video 5 Oct. 2015), retrieved from https://www.youtube.com/watch?v=3W4orxYM18k&feature=youtu.be&list=PLwJUf-surgy4vyyAX9kkY4UVxj85cYCnm. Limits on potential treaty shopping have been included in a number of recent investment treaties but it remains an issue including for many older treaties.