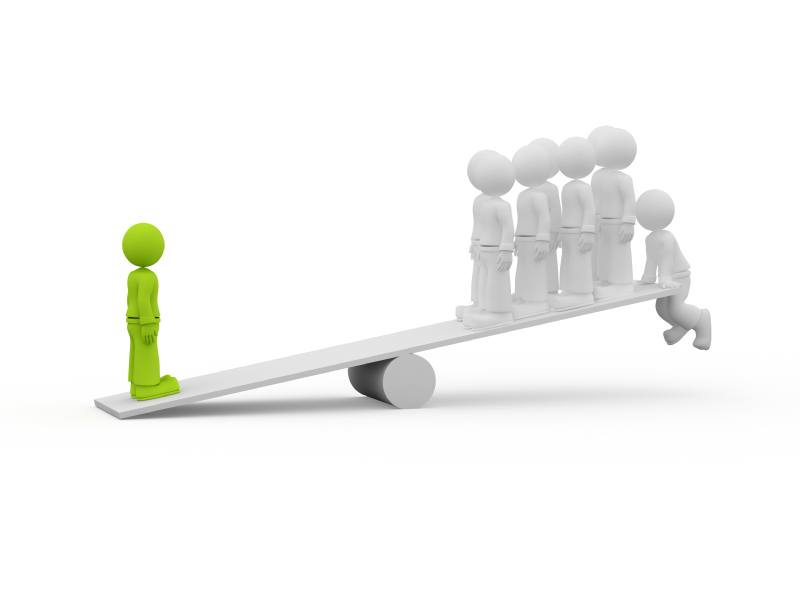 The increasing concentration of wealth—often referred to as “the 1% issue”—raises serious concerns. The World Economic Forum, in its top ten trends of 2015, states:

At the top of this year’s list is worsening income inequality. As the world’s rich continue to accumulate wealth at record rates, the middle class is struggling. Today, the top 1% of the population receives a quarter of the income in the United States. Over the last 25 years, the average income of the top 0.1% has grown 20 times compared to that of the average citizen. Last year, this trend ranked second place in the Outlook; this year, it rises to the top.[1]

Starting from the premise that it is important to address income disparity, the question is whether international investment law, as the primary source of international law regulating the movement of capital, promotes the increased concentration or dispersion of capital.

The scope of the existing investment law regime is limited to expanding the rights of investors to invest internationally (investment liberalization) and protecting the rights of investors (capital owners) when they move capital from one country to another. In essence, the regime is geared towards protecting the investors’ assets and expanding their rights to use those assets for their own economic gain.

One theory behind this approach was that promoting investor rights would allow states to attract more foreign direct investment (FDI). With this theory now generally discredited,[3] the relationship of this approach to equitable and inclusive growth—critical factors in pursuing sustainable development—is becoming increasingly important to address.

The United Nations Conference on Trade and Development (UNCTAD) has noted:

[The] new generation of investment policies has been in the making for some time, and is reflected in the dichotomy in policy directions over the last few years – with simultaneous moves to further liberalize investment regimes and promote foreign investment, on the one hand, and to regulate investment in pursuit of public policy objectives on the other. It reflects the recognition that liberalization, if it is to generate sustainable development outcomes, has to be accompanied—if not preceded—by the establishment of proper regulatory and institutional frameworks.[4]

Does investment law today support or inhibit the ability of governments to establish such regulatory frameworks as it relates to equitable and inclusive economic development? While several elements of investment law—freedom of capital transfers, investor protection, restrictions on performance requirements, and others—impact on income distribution issues, this piece looks at the 1% issue through some more specific development lenses: the ability of governments to:

More investment agreements are including provisions allowing foreign investors rights of entry to invest on the same basis as domestic investors. These investment liberalization rules prevent governments from favouring domestic investors over foreign investors. In many economies, there will be sectors where it makes good economic and social sense to protect small retailers from international competition or to try to foster competitive domestic firms by, among other things, temporarily sheltering them from foreign competition. Like any other economic tool, this is not always a good strategy and can lead to market inefficiencies and political capture. Yet rules liberalizing the rights of foreign investors to enter markets seek to forestall discrimination even when it makes good policy sense.

For developing countries, this means that some investment opportunities may simply be open to the highest bidder, with domestic investors having no advantage in domestic markets. This is especially important in major infrastructure and natural resource projects that are often put to tender. But the idea also applies in other sectors; for example, competition for retail or other consumer markets where large-size foreign investors can often afford to capture market share over smaller local retail owners, with significant economic and social impacts.

A related issue is the growth in restrictions on quotas on foreign investment. Originally set out in relation to investment in services, under the Canada–European Union Comprehensive Economic and Trade Agreement (CETA) and the Singapore–European Union agreement new prohibitions on investment market quotas cover all sectors. It creates a light switch requirement: a sector is either open or closed. This precludes government from reserving a certain portion of economic sectors for domestic actors or for infant firms.

FDI can be a critical source of development resources and the dispersion of sustainable products and production methods so badly needed for the global environment. The issue is not whether government should be open to FDI, but whether investment treaties seek to impose a one-size-fits-all approach[5] that prevents governments from exercising ongoing judgment as to when or in what sectors such FDI will be beneficial or harmful to their economies.

Some recent agreements also preclude governments from regulating equity ownership requirements. For example, laws requiring minimum levels of domestic shareholdings for investments into a country are being banned, as are quotas on the number of foreign investors who can enter a sector. Should these new agreements be applied to South Africa, for example, they would have banned the Black Economic Empowerment Act, a central feature of post-Apartheid social policy. South Africa, however, is not entering into such agreements to ensure, among other things, that such a result does not arise. The prohibition would apply equally to general obligations or more specific ones, for example, for equity ownership for unions or local communities.

It is true that equity ownership requirements have a mixed record. For example, when ownership becomes concentrated within a small number of domestic elites, there is little benefit in terms of equitable and inclusive growth. But such examples, or even deliberate abuse, should not bar transparent efforts to promote wider equity ownership as part of a development strategy, especially when used to redress decades of economic suppression of domestic actors.

Joint venture requirements are another tool to promote the development of new or stronger economic actors. They can help create national champions or carve out space for domestic players in sectors considered vital to the interests of the host country, build competitive capacity in domestic partners, and improve management practices and access to global marketing channels.[6]

Some new investment treaties—such as the CETA and the Singapore–European Union agreement—seek to prohibit this option in all sectors. The ability of governments to promote new actors or strengthen existing ones is curtailed in favour of existing capital owners. Joint venture requirements have been abused or misused and can often be more effective in creating political connections for investors than anything else. But when used properly, they can be very useful for improving skills, developing and transferring technology, creating larger enterprises, and so on.

Finally, the right of governments to impose performance requirements (PRs) on investors is under increasing constraint, in terms of scope and geography. Government-imposed PRs, such as purchasing local supplies and services or training employees for management positions, can promote economic spillovers in the local community or the country as a whole. The economic multiplier effects of foreign investment can be central to achieving its benefits, yet the expansion of PR prohibitions is preventing governments from increasing these effects. This privileges the freedom of investors to maximize their profits at the cost of domestic governments’ ability to seek other economic benefits from that investment.

Current trends in investment treaties show an expanding focus on investor rights to establish and operate investments in a manner that will support the increased concentration of wealth. Indeed, while there is much talk of improving policy space on issues such as environmental protection and human health, the United States, European Union, Canada and some other major players in investment treaty negotiations are pursuing a growing and deliberate limitation of government policy space aimed at improving equitable and inclusive development.

It has long been the case that international investment law reflects the legal rights and remedies of one group of stakeholders in the globalization processes: the capital owners. While it does not empower them to block new actors, and new actors have of course emerged, it does, and increasingly so, prevent governments from taking steps to ensure greater economic balance.

[5] This is subject to the ability to list exceptions in so-called “negative list” annexes in most cases. Nonetheless, it sets the starting point at negating government policy space to control entry of economic actors based on domestic or foreign origins.