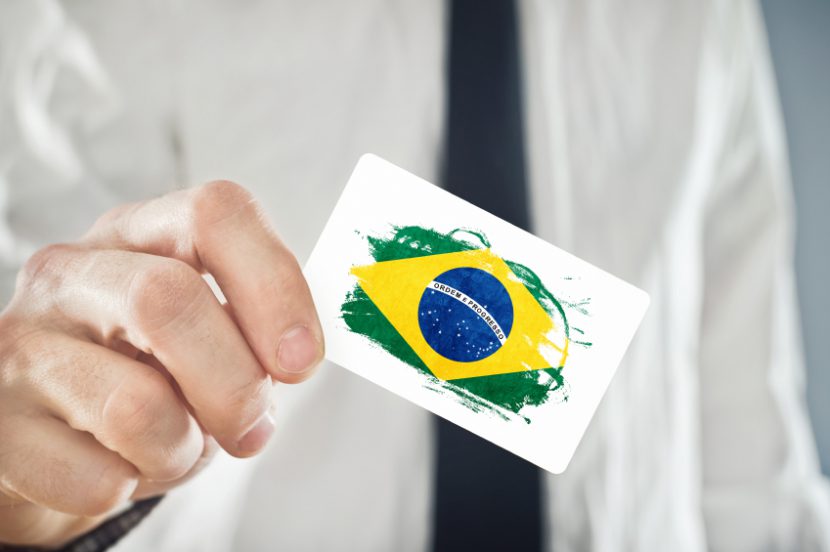 Brazil and Mozambique signed on March 30, 2015 the first Cooperation and Investment Facilitation Agreement (CIFA) based on Brazil’s new model bilateral investment treaty (BIT). The second was signed on April 1, 2015 between Brazil and Angola.

Unlike traditional BITs, which are geared towards investor protection, the CIFAs focus primarily on cooperation and investment facilitation. They promote amicable ways to settle disputes and propose state–state dispute settlement as a backup; notably, they do not include provisions on investor–state arbitration.

Throughout the 1990s, Brazil had signed 14 traditional-type BITs, which its National Congress refused to ratify. Based on the reasons for that refusal, Brazil determined that it would only negotiate investment agreements expressly safeguarding the right to regulate, excluding coverage of portfolio investments and indirect expropriation, and providing for state–state dispute settlement only.[1]

Negotiations of the first CIFAs were initiated in 2013. Negotiations with Malawi are reported to have been concluded,[2] but the text has yet to be published. Brazil is also negotiating with Algeria, Chile, Colombia, Morocco, Nigeria, Peru, South Africa and Tunisia.[3]

The Brazilian Ministry of Development, Industry and Commerce (MDIC) led the preparation of the model, collaborating with the Ministry of Foreign Relations, the Ministry of Labour and Employment, the Central Bank of Brazil, the National Confederation of Industries (Confederação Nacional da Indústria [CNI]) and the Federation of Industries of the State of Sao Paulo (Federação das Indústrias do Estado de São Paulo [FIESP]). Consultations were also held with private sector representatives.[4] This process lasted several years. In 2013, Brazil shared the table of contents of the new model and some insights about its content.[5]

While Brazil has not published a template, the texts of the two agreements concluded allow us to draw the main lines of the new model that Brazil has been promoting in recent years.[6]

The parties wish to deepen the bonds of friendship and the spirit of cooperation, broadly reaffirming their legislative autonomy and public policy space. They also recognize the importance of a transparent, swift and friendly investment environment, seeking technical dialogue and government initiatives to increase investments between the countries. Strengthening the ties between private sector and government is another goal expressed. Furthermore, the parties acknowledge the “essential role of investment in the promotion of sustainable development” and other public policy objectives, and express their understanding that a strategic partnership on investment will bring broad benefits to both parties.

Implementation Mechanisms (Art. 2). The government institutions of the states and the Joint Committee (described below) created under the CIFAs are in charge of implementing the agreements. They have a mandate to develop thematic agendas for cooperation and facilitation, risk reduction and dispute prevention mechanisms, amongst other instruments.

In turn, the Mozambique CIFA adopts an asset-based definition of “investment,” the first part of which is similar to that under the 2012 U.S. Model BIT: investment is “any type of asset or right owned or controlled directly or indirectly by an investor of one of the Parties in the territory of the other Party.” Instead of using the characteristics of investment presented in the U.S. Model BIT, however, the CIFA qualifies investment as having “the purpose of establishing long-lasting economy relations” and being “aimed at the production of goods and services.” This is followed by a non-exhaustive list of assets, including partnerships, enterprises, equity in partnerships or enterprises, movable or immovable property, and amounts invested in business concession rights.

Focal Points or Ombudsmen (Art. 5). Each party will establish a Focal Point within the government to provide support to the foreign investors. The Focal Points must follow the guidance of the Joint Committee (Mozambique CIFA) or undertake efforts to follow its recommendations (Angola CIFA). The Focal Points will interact with each other and with other government authorities, recommending and reporting to the Joint Committee on measures taken to address suggestions and complaints received from foreign investors. They must supply information to the parties on investment-related legal matters and respond swiftly and attentively to their requests. Finally, they have an important role in preventing investment disputes and facilitating their resolution.

Exchange of Information (Art. 6). The parties commit to exchange relevant information on business opportunities and procedures and conditions for investment, particularly by means of the Joint Committee and the Focal Points. To this end, they commit to sharing information that may create favourable investment conditions, such as treaties, laws and policies on various matters (investment, foreign exchange, labour, immigration), specific incentives, customs and tax regimes, statistical information on markets, available infrastructure and public services, and regional investment projects. They also agree to discuss how to strengthen investment in Public–Private Partnerships (PPPs) through greater transparency and swifter access to regulations. All information sharing is subject to the level of protection requested by the supplying state.

Relationship with the Private Sector (Art. 7). The parties agree to disseminate among the pertinent business sectors information on investment, laws in force and business opportunities in the territory of the other party. They also encourage the engagement of the private sector, “as a fundamental intervener.”

The Joint Committee has a mandate to develop thematic agendas of cooperation and facilitation in areas relevant to promote and increase bilateral investments and to coordinate their implementation through specific commitments. Annex I presents initial lists of topics and objectives, which the states will discuss with a view to achieving common understandings and entering into additional protocols or agreements.

Expropriation, Nationalization and Compensation (Art. 9). This article is modelled after the U.S. Model BIT. It prohibits expropriations or nationalizations of foreign investments, except (i) for purposes and by reasons of public interest or utility, (ii) in a non-discriminatory manner, (iii) on payment of fair, adequate and effective compensation and (iv) in accordance with due process (para. 1).

Compensation shall (i) be paid without delay, in accordance with the law of the host state; (ii) be equivalent to the fair market value of the expropriated investment immediately after the expropriation; (iii) not reflect a negative change in the market value due to knowledge of the intention to expropriate prior to the date of expropriation; and (iv) be fully realizable and freely transferable, in accordance with the Article on Transfers (para. 2).

Corporate Social Responsibility (Art. 10). Foreign investors and investments have a best-efforts obligation “to carry out the highest level possible of contributions to the sustainable development of the host State and the local community,” by means of adopting “a high degree of socially responsible practices.” The voluntary principles and standards indicated in Annex II cover environmental protection, sustainable development, human rights, and local capacity building, among other areas.

Thus, NT relating to establishment seems to be subject to domestic law, while MFN is not. Notably, unlike many recent treaties, the CIFAs contain no explicit exception to MFN in relation to substantive or procedural treatment granted under other investment treaties.

Compensation (Art. 12). This article provides that foreign investors who suffer losses of their investments due to war or other armed conflict, state of emergency, revolt, insurgency or disorders shall be granted—with respect to restitution, compensation or other solution—the most favourable of either NT or MFN. Payments must be promptly transferrable in freely usable currency (para. 1). Foreign investors who suffer damages in any of the situations mentioned, whether as a result of requisitioning or destruction of their investment, have a right to receive prompt, adequate and effective restitution or compensation (para. 2).

Transparency (Art. 13). The parties agree to ensure that measures affecting investments are administered in a reasonable, objective and impartial manner. They also guarantee that investment-related laws and regulations are published promptly and, whenever possible, electronically. In addition, they agree to a best-efforts commitment to give reasonable opportunity for relevant stakeholders to be heard on proposed investment-related measures. Finally, they commit to giving publicity to the CIFA.

Transfers (Art. 14). Similar to transfers provisions in traditional BITs, this article allows the transfer of investment-related funds, subject to compliance with registration and authorization procedures established under domestic law. Among the funds listed are contributions to capital, profits directly related to the investment, proceeds from its total or partial sale or liquidation, amortization of loans and the amount of compensation for expropriation or requisitioning of the investment. Paragraph 2 safeguards the states’ right to adopt non-discriminatory regulatory measures restricting transfers during balance-of-payment crises, the right to use exchange measures and other rights under the Articles of Agreement of the International Monetary Fund.

Dispute Prevention and Resolution (Art. 15). The CIFAs mandate the Focal Points and the Joint Committee to prevent, manage and resolve disputes between the states. In particular, prior to the initiation of an arbitral proceeding, any dispute is subject to assessment, by means of consultations and negotiations, and to a preliminary examination by the Joint Committee. A proceeding for a state to submit to the Joint Committee a claim on behalf of an investor is also established. While the Joint Committees may elaborate on the procedural details, the main lines of the procedure are the following:

Application of the Agreement (Art. 16). Common to both CIFAs are the prohibition to invoke them to question disputes finally resolved before their entry into force and the guarantee that they do not restrict the rights of benefits of foreign investors under domestic law. The Mozambique CIFA expressly applies to investments made before or after its entry into force.

Final and Provisional Provisions (Art. 17). The Joint Committee and Focal Points do not replace diplomatic exchanges. Their main purpose is “the encouragement of institutional government of investment, by means of the establishment of a specific forum and of technical channels that act as facilitators between the governments and the private sector.”

The CIFAs will enter into force 30 days after receipt of the last notice of ratification. The Mozambique CIFA will remain in force for 20 years, and the Angola CIFA, for 10 years. Both treaties are renewable automatically for equal and successive periods. A party may denounce the treaty with minimum advance notice of 12 months.

Martin Dietrich Brauch is an International Law Advisor and Associate of IISD’s Investment Program, based in Brazil.