The True Cost of Coal and Renewables in Indonesia

Indonesia is facing an energy crunch as demand for electricity rises across the country. The country is one of the world’s largest coal producers, and is developing plans for an additional 35 gigawatts (GW) of new coal-fired power stations. Proponents of the development claim that coal is the cheapest source of energy available. Is this really true?
Share this page:

Indonesia is facing an energy crunch as demand for electricity rises across the country. The country is one of the world’s largest coal producers, and is developing plans for an additional 35 gigawatts (GW) of new coal-fired power stations. Proponents of the development claim that coal is the cheapest source of energy available.

Is this really true?

IISD’s Global Subsidies Initiative (GSI) analyzed the costs of coal compared to renewable energy and found that coal use actually brings with it additional costs that are not traditionally taken into account:

The findings were recently published in a report launched in Jakarta with the collaboration of the Coordinating Ministry for Economic Affairs and the support of the Danish Embassy and the Swedish Embassy in Jakarta.

Speaking at that event, the Ambassador of Denmark to Indonesia, Casper Klynge, said: 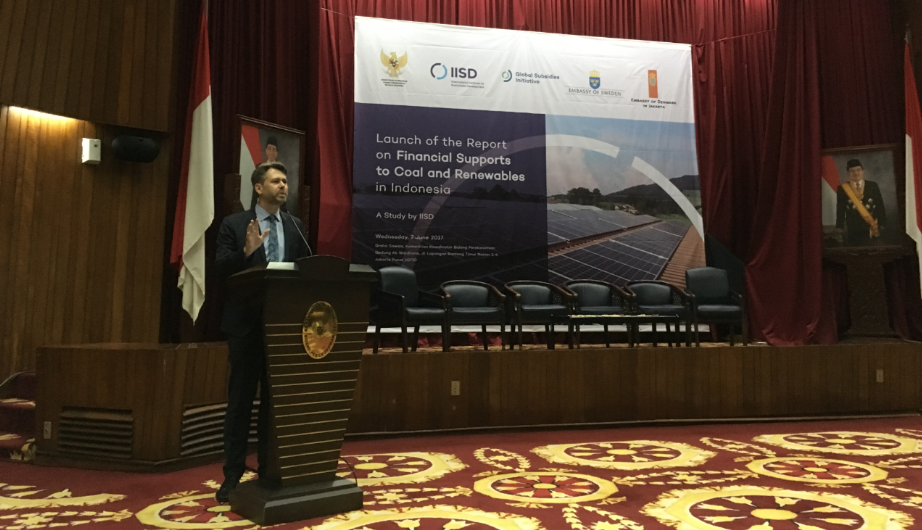 The findings are supported by the recent falls in solar PV prices that have led India to cancel new coal capacity, in addition to rising concern about the impacts of coal use on air pollution. For example, in China this concern led to a moratorium on new coal plants in 28 out of 31 provinces. With the tide turning against coal across the world, there is real concern that investments made today could soon be impossible to operate on environmental, public health and cost grounds, leaving a legacy of stranded power stations as the last monuments to the age of coal.

The evidence is starting to mount that the removal of subsidies to coal and a general shift to a renewable energy-focused energy policy would reduce risk and create a more sustainable future across Indonesia.

What the war in Ukraine means for Asia's climate goals

The queues outside petrol pumps in Sri Lanka have lessened, but not the anxiety. Asanka Sampath, a 43-year-old factory clerk, is forever vigilant. He checks his phone for messages, walks past the pump, and browses social media to see if fuel has arrived. Delays could mean being left stranded for days. "I am really fed up with this," he said. His frustrations echo that of the 22-million inhabitants of the island nation, facing its worst ever economic crisis because of heavy debts, lost tourism revenue during the pandemic, and surging costs. The consequent political turmoil culminated with the formation of a new government, but recovery has been complicated by Russia's invasion of Ukraine, and the consequent upending of global energy markets.

Indonesia’s fuel subsidies have been a recurring problem for the country’s economy. For years, they have been weighing on the state budget, providing unjust support for fossil fuels and slowing the much-awaited clean energy transition. But skyrocketing global energy prices could require the country to allocate a colossal Rp 700 trillion (US$46.6 billion) for energy subsidies this year – more than four times the budgeted amount.

This brief presents an overview of fuel subsidies to marine fisheries in Indonesia, explains why such measures can be risky from a sustainability perspective, and highlights lessons from Indonesia's experience in reforming of fossil fuel subsidies more broadly.