Next year will mark a decade since G20 leaders met in Pittsburgh and promised to identify and eliminate subsidies to fossil fuels. In that time, trillions of dollars in government budgets have been spent to subsidize fossil fuel production and consumption.
Share this page:

Momentum toward the transition to clean and low-carbon energy pathways is growing, in G20 countries and beyond.

A record 157 gigawatts of renewable power—classified by the report as wind, solar, biomass and waste-to-energy, geothermal, marine and small hydro—were commissioned in the world’s electricity sector in 2017.

This transition matters in addressing climate change: just over 12 per cent of the world’s electricity came from renewables last year, avoiding or displacing an estimated 1.8 gigatonnes of carbon dioxide (C02) emissions. 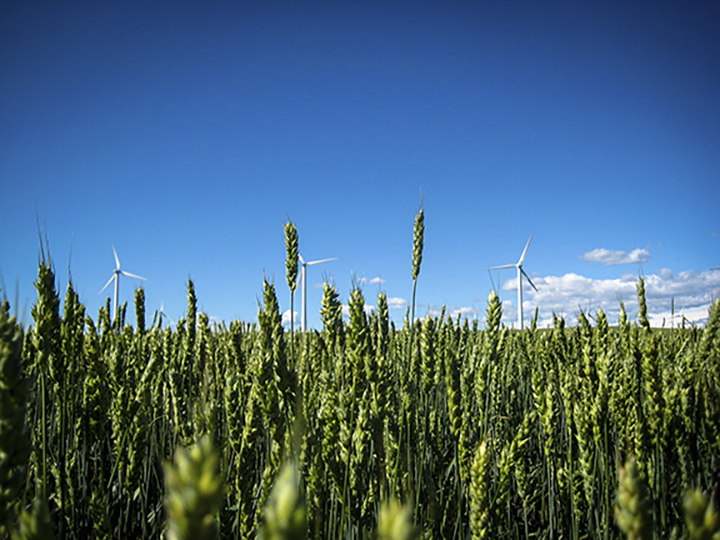 There are various drivers behind this increase, led by a drop in the price of solar technology, which is now the lowest-cost form of power generation across most of the world. Increased exploitation of other clean energy solutions such as geo-thermal and bioenergy at large scale have also been instrumental.

In at least two fundamental ways, the G20 provided the underlying conditions for this accelerated growth:

First, the G20 Finance and Central Bank Deputies adopted a proposal to launch a G20 Green Finance Study Group (GFSG). The remit of that group is to “identify institutional and market barriers to green finance” and identify options to accelerate green investments.

A central part of this mandate is environmental risk in general, and climate risk in particular. The GFSG committed to identify, and help quantify, different kinds of environmental risk. Since their report was adopted, China–which made up roughly 45 per cent of all global renewable energy investments in 2017—has begun to implement the most ambitious, systematic approach to green finance, encompassing not only green bonds (for which it is a world leader) but also insurance, stock markets and other pillars of financial services.

Second, the June 2017 report of the Financial Stability Board (FSB) Task Force on Climate-related Financial Disclosures recommended that, because climate risk poses a material risk to financial markets in G20 countries, preparers of climate-related financial disclosures should provide such disclosures in their mainstream (public) annual financial filings.

Some of the growing momentum that stemmed from the release of the FSB task force report was on display last December at the One Planet Summit hosted by French President Emmanuel Macron. There, 225 investors–including many of the world’s biggest asset managers—pledged to put pressure on 100 of the most carbon-intensive companies–from oil and gas to aviation and consumer products—which together are responsible for nearly 85 per cent of global greenhouse gas emissions.

A list of the top greenhouse gas emitters was shared at the Paris conference, meaning carbon polluting companies are being "named and shamed" and squeezed on the one side from central bank regulators and on the other by big asset companies like Blackrock, Vanguard and others.

While these two G20 efforts continue to push markets towards low-carbon pathways, 2017 also reminded us of the unfinished agenda in tackling fossil fuel subsidies and of the inertia that makes moving away from fossil fuels difficult.

Next year will mark a decade since G20 leaders met in Pittsburgh and promised to identify and eliminate subsidies to fossil fuels. In that time, trillions of dollars in government budgets have been spent to subsidize fossil fuel production and consumption.

The continued pricing distortions that subsidies exert within energy markets are counterproductive. They not only weaken the fiscal position of governments by increasing deficits and debt, they also slow the energy transformation and thus delay climate action as well as the multiple benefits of the shift to clean energy.

Those benefits include not only improvements in public finance, but also improved public health from reduced air pollution, higher energy security and reduced total cost of energy supply, innovation and a renewable of capital stock, business and employment growth, rural development, and improved balances of trade and payment, notably countries that can reduce their imports of fossil energy commodities and products.

But realizing these benefits needs governments across the G20 to plan and implement an energy transition. While a lack of pricing of local and global air pollution has hampered the ability of markets and investors to pick the clean options, a fear of economic shock and job losses in communities with strong reliance on fossil fuels hampers governments.

The recent Berlin Energy Transition Dialogue, the fourth now held, is one of a series of events and initiatives that have highlighted the fact that transition can be successful and that communities do not need to be left behind. Exchanging experiences and lessons learned—both good and bad—can only help the G20. Common approaches and a commitment would be even better.

As the global clean energy transition gathers pace, six emerging economies need to start adjusting their fiscal policies now to account for declining fossil fuel use—or risk a USD 278 billion gap in revenues by 2030, according to a new report by the International Institute for Sustainable Development.