Focusing solely on plastic pollution ignores the myriad problems — from algae to pollution — that plague our lakes
Share this page:

In case you somehow missed the memo, let this be a reminder—plastics are bad news for our planet.

And with the European Parliament recently banning a full suite of single-use plastics, some of the world’s biggest corporations teaming up to curb plastic waste, and the American public increasingly swearing off plastic straws, it seems as though that memo’s impact has spread far and wide. 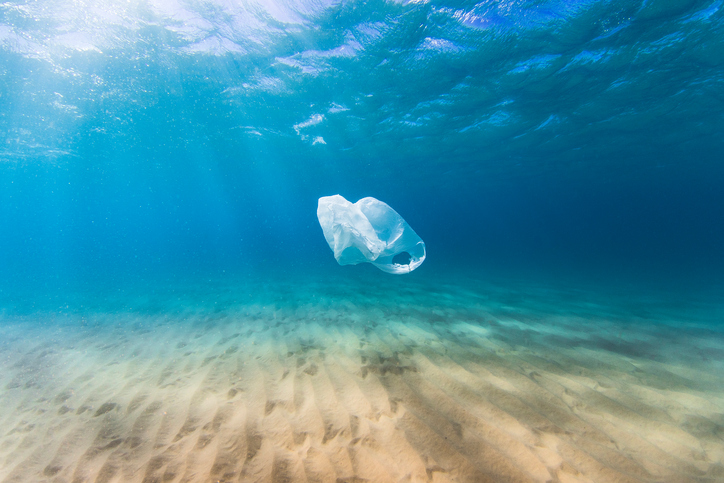 In fact, I would go so far as to say that the recent wave of action to combat the dangers of plastics on our aquatic environments are products of one of the most successful examples of public and policymaker education on an environmental issue of our time.

What is clear is that groundswells of public support to reduce plastics’ impact on the environment, built through ubiquitous posts shared on social media platforms, extensive media coverage, and popular TV shows, have made the rare yet highly coveted journey from the living room and the cell phone to the policymaker’s pen to be enshrined in law.

What is less clear is the actual impact of plastics (and their smaller yet equally maligned cousins, microplastics) on water bodies around the world and, indeed, how effective the recent changes in legislation around the world will actually be in curbing plastic pollution.

One of the more sober and nuanced takes on the current plastic debate, entitled "The known unknowns of plastic pollution," summarized the science neatly. And it seems as though the jury is still out, and — as scientists are wont to proclaim — we need more research.

It has been firmly established that plastics are in the environment and they should not be there, but what isn’t known is the extent of physiological impacts plastics have on these organisms, whether plastic particles are vectors for other contaminants, and whether plastics bioaccumulate. Much greater research, including at the ecosystem scale, will help to understand how much of a problem plastics really are.

While no one should quibble about governments taking action on pollution, here in North America it is clear that our freshwater bodies are suffering from a more complex and pressing myriad of ills than merely discarded plastic straws.

You may be forgiven, for example, for not knowing that many of North America’s largest lakes still spend their summers sweltering under harmful algal blooms that block light, choke their wildlife and can prove toxic to humans when consumed as drinking water. Lake Erie is still blighted by the issue while those smelly, toxic blooms have been increasing in size and frequency on Lake Winnipeg—one of the world’s largest.

Certain movements are being made to reduce the impact of the toxins produced by algal blooms on humans, but both the USA and Canada are missing a critical pan-national plan to simply reduce how much phosphorous—the key ingredient in algal blooms—gets into our waterways.

Similarly, given our continent’s high dependency on pharmaceuticals, we still have little understanding of what happens when, say, anti-depressants are released into Lake Michigan, or what the products of cannabis (recently legalized in Canada) would do to Lake Ontario. Existing research on the effects of some drugs on fish suggest the news might not be good.

And the inconvenient elephant in the room—climate change—still stands as the great environmental challenge of our time. Despite its projected catastrophic effects on humanity and the environment, public calls to action on climate still pale in comparison to concerns about plastics.

Erik van Sebille, an oceanographer studying plastics, puts it succinctly: “How is plastic public enemy No 1? That should be climate change.”

Now is the time for our policymakers to take the energy generated by the plastic buzz and channel into a more strategic and nuanced assault on the welter of issues that is plaguing our abundant freshwater supplies.

The article first appeared in Salon on November 24, 2018.

Lake Superior State University in Michigan's eastern Upper Peninsula has been selected as a hub for a center that will look at the impacts of oil spills in freshwater environments.

Microplastics—tiny pieces of plastic less than five millimetres in size—have been found in marine and freshwater animals ranging from tiny zooplankton to large whales.

Microplastics — tiny pieces of plastic less than five millimetres in size — have been found in marine and freshwater animals ranging from tiny zooplankton to large whales.