The Climate-Conflict Connection: Why aren’t we acting on it?

The two agendas of climate change adaptation and peacebuilding are rarely coordinated—it's time for this to change.
Share this page:

The two agendas of climate change adaptation and peacebuilding are rarely coordinated—it's time for this to change.

For Somalia, last year’s drought was its worst in nearly a decade.

Wells dried up, crops failed, and thousands were displaced from their land. For nomadic herders, the drought meant travelling farther distances in search of fresh pasture, bringing them into competition with neighbouring farming communities over scarce water and land resources. And with the mass exodus of many village elders—who traditionally lead local dispute resolution processes—some of this competition turned violent.

Somalia is one of the most fragile states in the world, while also being among the most vulnerable to climate change and least prepared to adapt. It is an evolving example of the compounding crises of conflict and climate change vulnerability—each reinforcing the severity of the other and driving the state and its people into a cycle of fragility.

"When these challenges aren’t approached together, any failure to meaningfully address one issue can obstruct progress in the other."

This isn’t new: for years, policy-makers and practitioners have been drawing attention to the role that climate change can play as a “threat multiplier.” We know the link exists.

However, the two crises are still being tackled in separate silos, with peacebuilding in one corner and adaptation efforts in another. If the aim is for peaceful, sustainable development in states struggling with fragility, greater effort must be made to align the peacebuilding and climate change adaptation agendas.

When these challenges aren’t approached together, any failure to meaningfully address one issue can obstruct progress in the other.

Historic or ongoing conflict, for instance, can jeopardize a country’s ability to adapt to the adverse impacts of climate change. The conflict in Afghanistan, for example, has reinforced widespread corruption and mismanagement over water resources. As a result, many communities find their ability to cope with increasing incidences of droughts and floods severely compromised, despite the country’s wealth of rivers and glaciers. 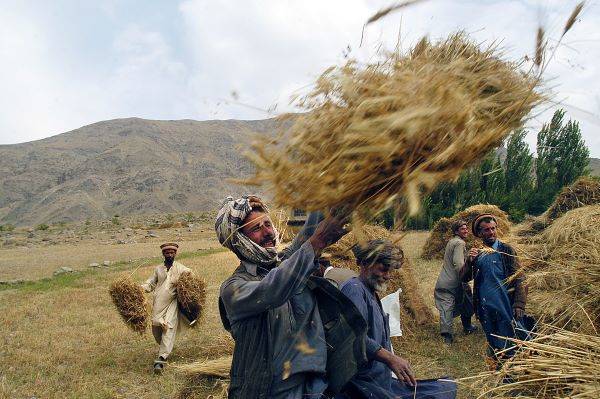 Conversely, vulnerability to climate change (as seen in Somalia) can aggravate existing socio-political tensions. The adverse impacts of climate change—such as rainfall variability, increasing temperatures, storms, droughts and floods—can lead to shortages in arable land and water resources. This, in turn, can create competition over scarce resources between opposing groups (farmers and herders, for example), sometimes leading to violence.

Climate change vulnerability can also contribute to an increase in criminal activities, as those previously dependent on natural resources look to alternative livelihoods for income. A significant and growing portion of the population in the Sahel region, for example, is young, and for many, their livelihoods are climate-dependent. As climate change undermines these farming and herding livelihoods, many have looked to secure livelihoods elsewhere—opening them up to recruitment by terrorist organizations and criminal networks.

We need to put an end to this cycle

Frequently, these dynamics manifest in a cycle. The presence of conflict may inhibit a government’s ability to invest in climate change adaptation, as they instead invest in more urgent priorities: delivering clean water and restoring public services, for example. But the adverse impacts of climate change—and a failure to adapt to them—can also have a destabilizing effect on a government’s ability to maintain or build peace. Meaningful, concerted action on both climate change adaptation and peacebuilding is needed to put an end to this cycle.

Climate vulnerability and conflict often share root causes. A history of inequality, poverty and weak institutions can hamper a country’s ability to respond to shocks and stresses—climate-related or otherwise. Adaptation efforts aimed at the root causes of vulnerability can therefore have potential co-benefits for peacebuilding, and vice versa.

In fact, meaningful climate change adaptation shares many of its attributes with successful peacebuilding: both are country-driven, targeted at root causes, participatory and gender-responsive; they involve multiple levels of governance; and they are planned and implemented in response to medium- and long-term priorities. Given their many intersections, it’s clear that we must align these agendas and planning processes.

"Meaningful, concerted action on both climate change adaptation and peacebuilding is needed to put an end to this cycle."

One way to accomplish this is through the National Adaptation Plan (NAP) process, a mechanism that uses an integrated approach to development and adaptation planning. By integrating climate change adaptation into a country’s medium- and long-term development plans in a participatory, country-owned and holistic manner, the NAP process can be designed in a way that addresses many of a country’s core and overlapping vulnerabilities.

Some countries have already begun to use the NAP process to incorporate peace and conflict dynamics. The Palestinian NAP document, for instance, acknowledges the role that the ongoing Israeli conflict plays in exacerbating climate vulnerabilities and defines subsequent adaptation options moving forward. The Cameroon NAP document calls for improved land governance in its adaptation options in order to mitigate potential pastoralist conflicts.

The mutually reinforcing crises of climate change vulnerability and conflict present a key threat to sustainable development, one that has been well known for years. For countries struggling with climate change and conflict, bringing together the agendas of peacebuilding and adaptation is not just good practice: it is imperative.

Read more about these dual crises—and solutions for sustainable development—in a new report: The NAP Process and Peacebuilding.

Failure to integrate climate adaptation considerations into peacebuilding plans and post-conflict development agendas can undermine the long-term viability of both.

'Climate change is not about natural disasters. It is a social disaster,' says former climate negotiator.

Can You Build Peace and Adapt to Climate Change at the Same Time?

The scale of the humanitarian crisis in Somalia is immense. It has also been described as the most vulnerable country in the world to climate change. Adaptation planning must start now.

Climate Security and Peacebuilding in a Time of Converging Crises

While rarely in and of itself a sole driver of violence, climate change impacts can exacerbate traditional drivers of conflict. The international community must come together to help.