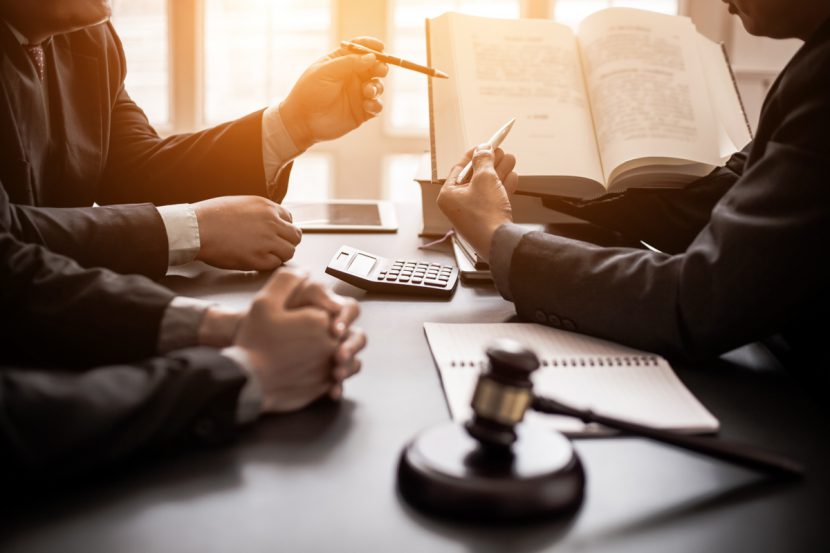 Advocates attempting to rebalance international investment law’s “great asymmetry”[1] have tried, with varying degrees of success, to structure IIAs and argue international investment disputes in such a way that arbitrators are forced to consider the human rights dimensions of the conflict before them. International arbitral tribunals have demonstrated their reluctance to recognize international human rights law (IHRL) as being relevant to investment disputes when the IIA in question does not explicitly include such a provision. When IHRL is accepted as applicable, it is often a version of IHRL with insufficient “reach” to materially impact the arbitration—arbitrators may find that corporations do not have human rights obligations under international law; or, alternatively, that they only have obligations for more traditional civil and political rights; or that those obligations only involve the negative duty to abstain from rights violations. These delimitations of the scope and reach of human rights protections often go contrary to domestic human rights legislation in the state where the investment dispute arose. This post explores an alternative method that African states might use to compel arbitrators to consider the type of robust, far-reaching human rights protections that are present in their domestic legislation: stand-alone “in accordance with domestic law” provisions (hereafter “accordance provisions”). Drawing lessons from Urbaser v. Argentina, I argue that African states should proactively and intentionally use accordance provisions to launch counterclaims against investors that violate domestic legislation enacted to protect human rights. Stand-alone accordance provisions can allow states to set their own standard for corporate liability even where IHRL, and the arbitrators interpreting it, lag behind.

One attempt to imbue international investment law (IIL) with investor human rights obligations has been undertaken indirectly, through the application of Article 31(3)(c) of the Vienna Convention on the Law of Treaties. The article states that “any relevant rules of international law applicable in the relations between the parties” must be taken into account when interpreting treaties.[2] Using this provision, regulatory measures implemented by a state in response to an investor’s human rights-violating conduct can be defended in the form of a counterclaim.[3]

This method of asserting the relevance of IHRL to IIL has, however, been criticized by scholars who argue that international law does not, as yet, impose binding human rights obligations on investors.[4] Article 31(3)(c) has generally not dislodged arbitrators’ reluctance to look beyond the IIA in question to resolve disputes.[5] In the few recent cases where investment tribunals have been willing to use Article 31(3)(c) to apply IHRL, they have nevertheless found that corporations have a lesser obligation under IHRL: Corporations are required to abstain from conduct that violates human rights, but not to engage in conduct that fulfils human rights.[6]

Noting that that “mere reference to general international law in the applicable law clause in an IIA might not be enough, for an arbitral tribunal to incorporate the international human rights law to an investor-State dispute,”[7] Nedumpara and Laddha argue that states can instead justify human rights counterclaims by making use of three other means to impose human rights obligations on investors:

While not denying the importance of the first two proposals, this post will grapple with the third, accordance provisions, because it allows states to enforce domestic human rights law in an international arena.[9] Commenting on this third avenue for imposing human rights obligations on states, Bjorkland writes:

The general obligation of investors to comply with national law is thereby raised to the international treaty level. This, in turn, puts it on an equal footing with the obligations of the host state and thereby gives jurisdiction over the possible counterclaims to an investment tribunal constituted under the treaty.[10]

Accordance provisions are especially useful for African states, as African states’ domestic and regional human rights laws often recognize a broader range of rights and impose more far-reaching duties on corporate actors than IHRL does. While corporations arguably do not, at present, have human rights obligations in international law,[11] they do have such an obligation in many domestic jurisdictions, including at times a positive obligation to fulfil human rights.[12] While some rights, such as socio-economics rights, may not be enforceable in international law, they are recognized in a number of African states.[13] For these reasons, there is an exciting opportunity for African states to use accordance provisions to move beyond the limitations of IHRL, thereby imbuing IIL with alternative conceptions of duty and fairness.

Arguably more than any other region, African states have readily adopted stand-alone accordance provisions. A survey of all regional investment agreements shows that the first five to include these provisions were either intra-African agreements or, in the case of one, made up of a significant number of African states.[20] These provisions can also be found in domestic investment laws on the continent—such as those of Tunisia,[21] Angola,[22] Côte d’Ivoire,[23] and Namibia[24]— and in model treaties, such as the Southern African Development Community Model BIT[25] and the East African Community Model Treaty.[26]

The Common Market of Eastern and Southern Africa (COMESA) Investment Agreement (2007), while not in force, was particularly innovative to this end. It had a stand-alone accordance provision and an independent provision providing for counterclaims should the investor fail to comply with domestic laws:

A Member State against whom a claim is brought by a COMESA investor under this Article may assert as a defence, counterclaim, right of set off or other similar claim, that the COMESA investor bringing the claim has not fulfilled its obligations under this Agreement, including the obligations to comply with all applicable domestic measures or that it has not taken all reasonable steps to mitigate possible damages.

Read together, the wording of these provisions clearly requires that investors comply with domestic law throughout their operations, not just at the establishment of the investment.[27]

The importance given to stand-alone accordance provisions in African IIAs may be read as a recognition by those states that, rather than wait for tribunals to recognize certain rights and obligations as existing in IHRL, it is more efficient to compel them to recognize those rights and obligations in domestic law. As African states reimagine human rights obligations at the domestic level, they can use accordance provisions to enforce them in the IIL arena.

In Urbaser, a now-famous international investment arbitration case dealing with the right to water in Argentina, Argentina was taken to arbitration for interfering with Urbaser’s water service provider concession. It launched a counterclaim based on Urbaser’s alleged violation of Argentinians’ right to water. Did the investor have any obligation in relation to the right to water? Argentina failed to convince the tribunal that it did, for two reasons:

First, Argentina argued that “the claimants undertook obligations to invest in water and sewage services under the concession contract and the applicable regulatory framework” and never did so.[28] This was a violation of domestic law. In Argentina, every person is guaranteed at least 50 litres of water per day, whether or not they can pay, and any water service provider, whether the state or a private company, is legally obligated to provide such.[29] Private companies with concessions to provide water “are required to perform the duties set out not only in the concession contract, but also in regulatory frameworks.”[30]

However, the Argentina–Spain BIT that formed the basis of the arbitration only had a definitional accordance provision.[31] As such the tribunal found that:[32]

Article I(2) of the BIT, when requesting that an investment must be acquired or effected in accordance with the legislation of the country receiving the investment, relates to the definition of investments for the purposes of determining the scope of application of the BIT. It does not in itself contain an investor’s obligation to comply with the host State’s legislation when pursuing its investment.

Since Argentina could not base its counterclaim on a violation of domestic law, it drew secondly on Article 31 (3)(c) of the Vienna Convention to argue that IHRL ought to be considered,[33] and that, under international agreements such as the 1966 International Covenant on Economic, Social and Cultural Rights, Urbaser had an obligation to protect the right to water.[34] The tribunal accepted the applicability of IHRL, but stated that IHRL only imposes an obligation to “abstain” from activities that would violate human rights.[35] The obligation to “perform” certain human rights-fulfilling acts “transfers to investors through a contractual framework subject to domestic, but not international law.”[36]

Domestic law did not apply, and IHRL did not impose a positive human rights obligation on Urbaser. If Argentina had a stand-alone accordance provision requiring all investors and investments to comply with domestic law throughout the investment lifespan, the tribunal would have been compelled to recognize Urbaser’s failure to invest as a domestic law violation and, therefore, a violation of the Spain–Argentina BIT.

The incorporation of international human rights obligations into IIAs, while important, will always be beholden to the slow rate at which IHRL develops. There is uncertainty as to whether corporations have human rights obligations under international law and the extent of those obligations. In contrast, domestic law in many African states is clear on those questions. While advocating for the transformation of IHRL, African states should continue to forge ahead at the domestic level by introducing robust human rights legislation that imposes positive obligations on corporations. States must then continue to ensure that their IIAs include accordance provisions, and they must draw on domestic human rights protections to hold investors accountable for their violations. If a case like Urbaser arises, rather than scramble to convince the tribunal that investors have a positive obligation to provide water under IHRL, African states can simply point to the domestic obligation as the basis for their counterclaim.

Nicola Soekoe works at the intersection of international economic law and socio-economic rights and is currently a pupil advocate (pupil barrister) at the Pan African Bar Association of South Africa.

[1] Arcuri, A. (2018). The great asymmetry and the rule of law in international investment arbitration. SSRN. https://papers.ssrn.com/sol3/papers.cfm?abstract_id=3152808

[3] Shao, X. (2021). Environmental and Human Rights Counterclaims in International Investment Arbitration: at the Crossroads of Domestic and International Law’ 24 Journal of International Economic Law, 24(1), 157–79, at 158.

[12] For example, Ghana and South Africa.

[13] For example, Benin and South Africa.

[30]Ibid. 341. See also the Final Report of the Special Rapporteur on the relationship between the enjoyment of economic, social, and cultural rights and the promotion of the right to drinking water and sanitation, E/CN.4/Sub.2/2004/20, 14 July 2004.