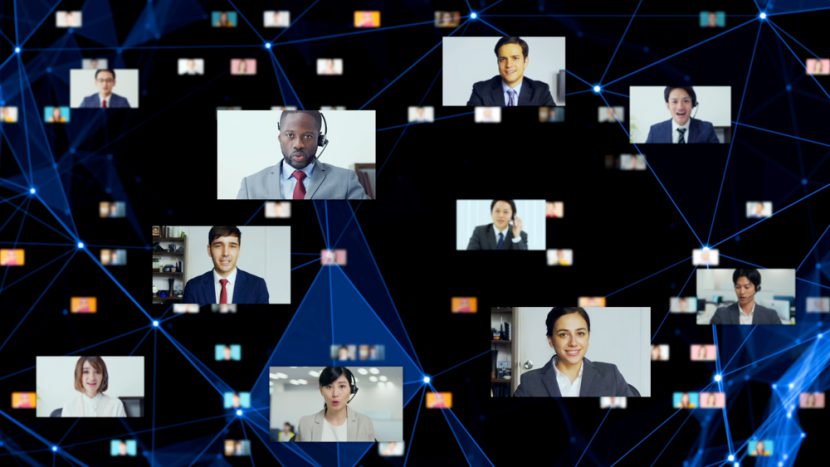 After the COVID-19 pandemic was declared in early 2020, large international treaty negotiations moved online. While virtual negotiations and discussions were an immediate necessity in the circumstances, they may endure long past the pandemic given the climate emergency, longer-term trends toward more virtual meetings, and heavier reliance on digital technologies.

Virtual negotiations create new challenges for officials, as well as new opportunities. To learn more about the consequences of moving online, we surveyed negotiators involved in two ongoing processes: the Joint Statement Initiative (JSI) on investment facilitation “structured discussions” undertaken by a group of WTO member states, and UNCITRAL WGIII on ISDS reform. We asked officials about the challenges they face with both in-person and virtual negotiations and talks; how they prepare for both types of meetings; who attends in-person and virtual negotiations and whether this differs; how communication and the conduct of negotiations has changed with the shift online; overall views on the benefits and drawbacks of virtual negotiations; and what negotiating arrangements delegates would prefer moving forward. This article is based on a longer paper discussing the results of that survey, which has also served as the basis for an IISD webinar.

In short, we find that while the basic “outline” of negotiations has not drastically changed with the move online, the colour has been drained from the picture— delegates miss getting to know their colleagues, discussing informally, and being able to “read the room”. While these intangible elements may seem superficial, they are essential for the compromises and cooperation that underpin successful multilateral negotiations. In addition, challenges facing some delegations, such as dealing with time zones or unreliable internet, will need to be addressed if virtual negotiations are to be inclusive and accessible.

Our survey was sent to potential respondents—negotiators in both the UNCITRAL and JSI processes—who were given the option to complete the survey in English, French, or Spanish. The survey was sent to 171 developing country negotiators and 16 OECD negotiators involved in the UNCITRAL process. From this group, we received 45 responses for a response rate of 26%. We additionally sent the survey to 53 developing country officials involved in the JSI process and received 18 responses (a response rate of 34%). We received survey responses from officials representing 40 countries and three regional organizations. These respondents came from a range of ministries and agencies, including economy and finance, trade and industry, investment and investment promotion, foreign affairs, attorney general offices and investment dispute defense teams, as well as from permanent delegations to the WTO.

We first asked our respondents if they faced any barriers to participating in or attending in-person negotiations and meetings, and if so, what those barriers were. The most frequently selected option was “sufficient funds for travel and accommodations” (30%), followed by “obtaining ministry approval for travel and participation” and “learning about meetings with adequate notice” (14% each).

Virtual negotiations and meetings seem to address two of these concerns, but the move online also creates new challenges. The most frequently selected barriers to virtual participation were time zones and “competing priorities at work”—many delegates were expected to complete day-to-day work or attend meetings since they had not travelled for the negotiations. Technical challenges were also relatively frequently cited as problems respondents face.

We asked respondents about how they prepare for meetings and about how much time they spend preparing for in-person versus virtual meetings. While how they prepare did not change dramatically, the amount of time spent on preparation for online meetings was lower—significantly so for some delegates.

We also asked respondents whether who attends virtual meetings might differ from those in-person. Notably, 39% said their country was more likely to attend a virtual negotiation or meeting than an in-person one, largely due to questions of cost. In addition, 50% of respondents also answered that their delegation was likely to be made up of representatives of multiple ministries. In other respects, such as gender or seniority, they did not expect virtual delegations to be different from in-person delegations.

Communication With Other Delegations

During in-person negotiations, significant communication takes place in the margins, as negotiators chat informally with each other during coffee breaks or over lunch. In these spaces, they share valuable information and figure out who might be possible allies. Are these informal chats recreated in a virtual space? To what extent have delegates found ways to communicate informally with other delegations during virtual meetings?

Most respondents reported that speaking informally with other delegates and meeting new officials were high priorities during in-person meetings. We asked respondents to think of a time they identified like-minded countries and decided to cooperate. Nearly half of all responses said they identified like-minded countries and decided to cooperate during a coffee break or other informal discussion. According to one respondent, “discussion during breaks is fundamental to the negotiating process” which “are necessary to coordinate positions but also to ‘read the room,’ anticipate problems, anticipate new positions, read reactions using body language, adjust interventions along the way.”

We followed up by asking whether this cooperation would have taken place in an online context. Most UNCITRAL respondents answered that it would not, for example, because it would be difficult to identify who to cooperate with and figure out how to contact them.  In the words of one respondent, “No! Virtual meetings can also be distracting as you’re free to work on other work and are less immersed in the discussion/conversation. In addition, you lose out on seeing faces, following up directly with other states on issues or concerns, especially given that contact information may not be readily available.”

Another respondent also noted that the shift online served to further formalize communications, as delegations are more likely to rely on written positions. This has the effect of limiting discussion of different possibilities, because “When something is written it becomes a precedent and therefore states try to only write their official positions. To reach consensus requires a safe space to discuss, in which parties are free to express new positions or new visions.”

While most respondents report using e-mail and text messaging to communicate during both in-person and virtual meetings, many respondents noted that they contact other delegations less frequently since the move online.

Overall, it seems that communication during online discussions lacks some of the intangible elements that make for effective negotiation.

The move online has also changed the conduct of negotiations and meetings. One of the strongest findings from the survey is that many respondents feel that they are not able to focus fully, as they are expected to complete other day-to-day work at the same time. As one respondent noted, “in virtual negotiations the attention of each participant is divided between the meeting and its activities, and day-to-day work.” Indeed, nearly 50% of respondents reported that they were less focused during virtual negotiations than when they attend in person.

While fulfilling other duties alongside negotiations presents a challenge, the presence of government officials who might not otherwise attend negotiations can be both positive and negative for delegates. On the one hand, the presence of high-level officials might exert a chilling effect on negotiators, making them more likely to “posture” for the benefit of domestic audiences. On the other hand, virtual negotiations may be more accessible to—and provide a learning experience for—junior officials. This appears to be the case for at least some delegations: around half of all respondents said that there were no changes in who is likely to provide input, while the other half responded that junior officials, officials based in their capital, and/or female officials were likelier to provide input when negotiations were held virtually.

We then asked respondents for their general reflections about what had changed with the move online. Their responses can be grouped into three themes.

Respondents also noted that there were fewer opportunities, if any, to get to know the other negotiators and build relationships with them. This makes the discussions feel more formal or “more serious,” less personable, and like “more work.” One respondent put it plainly: “no new relationships are built in virtual negotiations.”

Finally, respondents highlighted that there is less time for negotiations. For example, UNCITRAL WGIII sessions were cut from six to four hours per day in the move online. The lunch or dinner time that negotiators might spend talking to each other also disappears.

Benefits and Drawbacks of Virtual Negotiations

We also asked respondents to identify the benefits and drawbacks of the move online. Most frequently, respondents noted lower costs as a positive, and relatedly, the opportunities for more participation. Indeed, many respondents mentioned these together, with one respondent putting it particularly succinctly: “Less expense, more delegates.”

On the other hand, the lack of informal communication and relationship building was seen as a significant downside. Many respondents elaborated on why this type of contact is integral to successful negotiations, noting how important getting to know other officials was for building trust, sharing information, and reaching compromises. As one respondent explained, “Social interaction with other delegates is important. It is not the same to interact with them on a daily basis during in-person meetings than to interact through online platforms. It lacks the personal touch by participants.” This also leads, according to respondents, to less persuasion “because there is not enough space to convince others or to be convinced” and fewer learning opportunities.

In addition, many delegates believe they get less information from a virtual negotiation. As one respondent noted, “we understand less” and “time is very limited.” In part this is because of the absence of informal conversations and the inability to read the room, but a few respondents also noted that “virtual meetings have a way of sidelining less active members.”

Finally, the effect of time zones also falls unevenly on delegations, which could contribute to a narrower range of speakers in virtual negotiations. A few respondents stated that “time zones are the biggest drawback” or “main inconvenience.”

We end the longer paper with a series of recommendations for governments, delegates, and secretariats for how, based on what we’ve learned conducting this survey, to make virtual or hybrid negotiations more effective. These include concrete suggestions like ensuring officials have headsets and minimizing distractions or competing priorities for officials. They also include more experimental suggestions of steps that might help enable informal contact in a virtual environment.

We also raise a few considerations and cautions. Another form of hybrid negotiations, in which some delegates attend in person and others are attending online,  could introduce a new type of inequality by creating a “two-tier” system in which the governments represented virtually are sidelined from the discussions. Since participants from some countries are likely to be vaccinated earlier or may be subject to different travel restrictions, this would exacerbate existing inequalities and could undermine the inclusiveness of the negotiations.

Additionally, everyone involved in negotiations should be aware of the shift in dynamics that may come with virtual or hybrid negotiations. On the one hand, more participation and monitoring from senior officials or other ministries may curtail the discretion of negotiators, limiting their ability to reach compromises. On the other hand, wider participation from individuals within the government could have the consequence of widening interest in the negotiations within the government and bolstering support for it.

Ultimately, virtual or hybrid negotiations lower the financial and environmental costs of international negotiations and make them more accessible. These are important benefits. However, at the same time, crucial elements of successful negotiation like reading facial expressions or informal exchanges are lost in the move online. Therefore, while virtual negotiations are likely to grow in frequency and importance, governments may wish to save their seat at future in-person meetings too.

Taylor St John is a Lecturer in International Relations at the University of St Andrews. She attends UNCITRAL Working Group III as an observer from iCourts, University of Copenhagen.

Zoe Williams is the managing editor of Investment Treaty News.