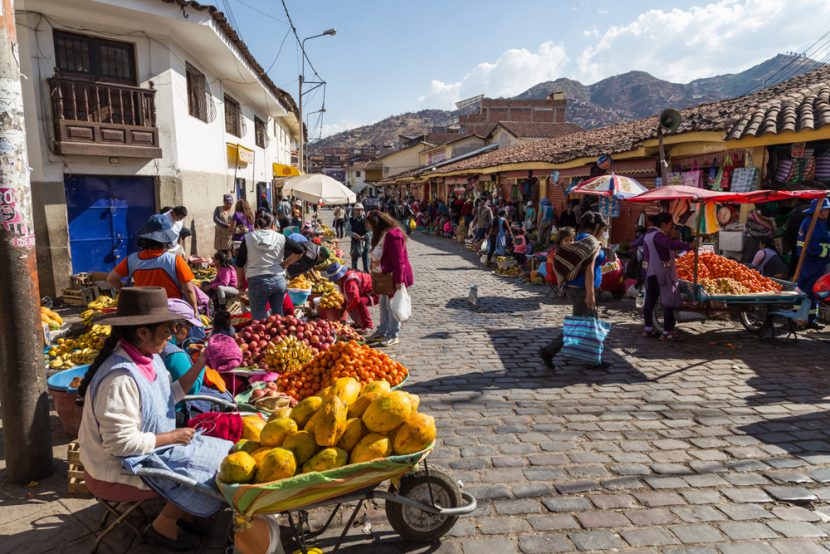 Political positions and laws on foreign investment have been polarized into two opposing perspectives. On the one hand, there is the assumption that foreign direct investment (FDI) is essential for the economies of peripheral countries to take a leap toward development, prompting FDI promotion and even generating competition among countries to attract more investment. On the other hand, there are those who think that countries should legislate and regulate FDI so as to prioritize the national interests, design strategies and dynamics that favour economic and social sustainable development and to defend national wealth and resources. They should not be subjected to merely interest in profit maximization or the constantly changing and uncertain decision-making logic typical of foreign private capital.

The analysis of foreign investment policies, standards and treatment has been a recurring topic of debate in Latin American countries throughout their history. Since the colonial emancipation of Latin America in the 19th century, the treatment of FDI and approach to conflict resolution have changed along with the political and economic transformation of the region.

Starting in the 19th century, significant conflicts have grown out of core countries’ ongoing practice of imposing diplomatic protection on their investments. In such conflicts, partnerships between corporations and the home states of investments turn the investment disputes of developed country investors in Latin American countries into disputes over taxes or state matters. At first, this meant a denial of the legal capacity of Latin American states and their right to regulate and to decide on investment matters independently; in some cases, it evolved into subordination, by accepting the privileged status of FDI, supported by political, economic and military power relationships.

2. The increasing spread of bilateral investment treaties and Latin America

With the rise of neoliberalism in the 1990s, the inhibition of the debate about development led to a reliance on open markets. The lack of balanced progress in multilateral agreements led to an increasing spread of bilateral investment treaties (BITs), which gained momentum especially in Latin America.

According to United Nations Conference on Trade and Development (UNCTAD) statistics, out of a total of 2,947 existing BITs at a global level, 414 were concluded by Latin American countries; this is in addition to 280 free trade agreements (FTAs) that also contain investment treatment provisions.[1]

Traditional BITs are legal agreements between two countries to provide a common legal framework for investments. They tend to include similar clauses: most-favoured-nation treatment, national treatment, fair and equitable treatment, prohibition of performance requirements, restriction on regulatory changes, free transfer of funds, elimination of national content requirements, and no obligation of local content, hiring or procurement

In general, BITs between core and peripheral countries do not include binding clauses that could be of special interest for the latter, such as labour, migration, environment and human rights clauses. Neither do they include clauses providing special or differential treatment, with mechanisms and explicit support from developed countries to level up the production and living conditions in developing countries.

Under investor–state dispute settlement (ISDS) mechanisms included in BITs, foreign investors can elude the justice systems of host countries and challenge host states before arbitral tribunals for non-compliance of the aforementioned clauses. The awards rendered by arbitral tribunals, such as tribunals at the International Centre for Settlement of Investment Disputes (ICSID), part of the World Bank Group, provide binding and enforceable compensation to affected parties.

3. The need to go back to multilateralism

Massive demonstrations against neoliberal policies at the beginning of the present century in Latin America forced substantial political changes, which, in turn, prompted changes in the economic and financial conditions of investments. This led to an uptick in claims against states before ad hoc arbitral tribunals provided for in BITs.

Criticism and controversy arose out of multimillion dollar claims; lack of public information and oversight over proceedings administered by arbitral tribunals, in particular those at ICSID; and doubts about the impartiality of arbitrators due to conflicts of interest. In an environment of condemnation and manifest disagreement, Bolivia, Ecuador and Venezuela terminated most or all of their BITs, even though they are still valid because of survival clauses.

The Government of Ecuador initiated a noteworthy search for a better understanding about the conditions of BITs and their alternatives. In October 2013, with the participation of international experts, it set up the Commission for a Comprehensive Citizens’ Audit of Investment Protection Treaties and of the International Investment Arbitration System (CAITISA).[2] In the presentation of its final report in May 2017, the president of the commission, Cecilia Olivet, stated that:[3]

It is absolutely logical for Ecuador to move forward with the denunciation of its investment protection treaties, because, as our report will reveal, they have been very onerous for the country. BITs do not contribute to attract foreign investment and have deviated millions of dollars of the public treasury to fight against million-dollar claims. In turn, they have systematically undermined social and environmental regulation.

To meet this need, the Latin American Council of Social Sciences (CLACSO) has launched a special interdisciplinary group. Among its other goals, CLACSO will create a comprehensive database on the state of affairs of BITs concluded by member states of the Ministerial Conference on States and Transnationals and by observer countries in the Latin American region. It will also track disputes with foreign investors that affect countries based on commitments assumed in those BITs.

Other information proposed for inclusion in the database include the structure and constraints of BITs, and the legal, institutional and economic consequences faced by signatory countries when BITs are enforced. The database is intended as a starting point to report regularly on the state of international investment disputes and provide legal and policy tools for stakeholders to develop analyses and possible defenses, in order to effectively protect their interests in the framework of commercial contracts and investment treaties.

We highlight below some results of the research on ISDS cases brought against Latin American countries.

The country records 60, the highest number of cases before international tribunals.

Repsol Case. The Spanish oil company sued Argentina for the expropriation of 51 per cent of shares in YPF, owned by the Spanish transnational Repsol. Alleging the violation of the 1992 Argentina–Spain BIT, Repsol stated that Argentina, by means of the expropriation, had violated the standards of fair and equitable treatment, non-discrimination, and full protection and security contained in the BIT. Initially, high-level government officials alleged that the expropriation “would be done for free” due to non-compliance of Repsol’s investment commitments in the privatization specifications document as well as due to the environmental liabilities generated by the corporation. Finally, after arduous legal proceedings held in parallel, the government agreed on the payment of a compensatory amount out of the scope of the ICSID of USD 5 billion plus interest. Payment of USD 6.770 billion was finally made in 2015.

A claim was filed in March 2016 by the Swiss multinational Glencore International: it rejected the sanction imposed by the Office of the Comptroller-General of the Republic for irregular changes in the concession contracts of coal mines.

Three other claims are in the phase of direct settlement:

In 2009, the state was sued before an ICSID tribunal by the companies Commerce Group Corp and San Sebastián Gold Mines, claiming damages for the exploitation of the San Sebastián mine in the municipality of Santa Rosa de Lima, department of La Unión. These companies exploited this mine for over seven decades, where it caused irreversible environmental damage, mainly of water sources that were contaminated with chemicals such as arsenic, lead, iron and manganese. The San Sebastián River is now known as the Dead River, as the water can no longer be used for consumption because of the high concentration of chemicals. This claim was dismissed by the ICSID tribunal in 2013.

In October 2016, the ICSID tribunal issued an award in favour of El Salvador in the case filed by the mining company Pacific Rim Cayman LLC (Pac Rim).

Between 1997 and 2016, Mexico had 20 cases as respondent under the NAFTA; 17 initiated by U.S. companies and three by Canadian companies. Only two cases were filed before UNCITRAL tribunals and the rest were filed at ICSID tribunals. Nine of these cases were decided in favour of the Mexican government. In contrast to other Latin American countries, where most claims are in the mining or energy sectors, in Mexico the most onerous claims come from agribusiness companies, and the greatest number is concentrated in the services sector. Many disputes were also initiated in the mining sector, but they were settled between the parties. Out of seven cases filed under BITs, five were settled and two are still pending.

Puerto Rico does not have any ISDS cases at ICSID. The cases initiated against Puerto Rico are handled by the Supreme Court of Puerto Rico and in U.S. federal courts. Apart from six tax-related cases, all the rest are more recent (2016).

There are 21 disputes between transnational enterprises and the government of the island: six are related to tax issues; two are about transfer prices; one concerns a challenge to the government’s power to regulate international companies’ operations in its territory; and 13 are about vulture funds.

In 19 cases, the claimant companies come from the United States.

Venezuela registered 41 cases, one in 1996 and the rest between 2000 and 2016; half of them (20) in 2011 and 2012. As to sectors, eight involved oil, gas, and mining, and five were exclusively in the mining sector. Among the home states of the claimants are Canada, Spain and the Netherlands, with five claims each. Most of the claims (19) focused on non-negotiated expropriation. Sixteen claims reached a cumulative total of USD 7.755 billion. At ICSID, 18 cases were settled, although several awards are still pending.

The analysis of the CLACSO team points to some preliminary conclusions:

Jorge Marchini, Josefina Morales and Gabriela Roffinelli are coordinators of the CLACSO research group on disputes between states and transnational enterprises in Latin America.