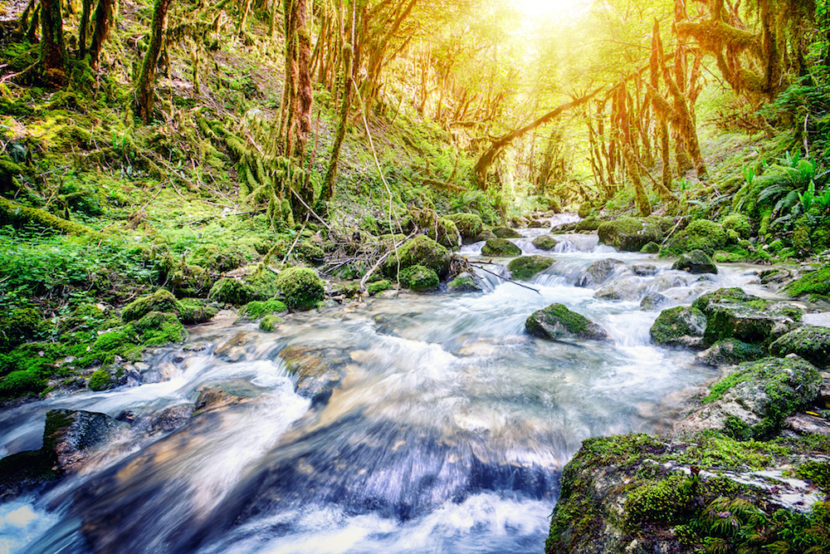 The roiling waters of European BITs

European Union (EU) member states currently have dozens of intra-EU bilateral investment treaties (BITs) still in place. Once regarded as necessary assurances for investors—mostly from Western Europe—that their investments would be sheltered from the whims of the new post-communist regimes, intra-EU BITs have lost their rationale. Many countries formerly east of the Iron Curtain have, over the years, joined the European Union and adopted EU laws and regulations.

Yet, despite a recent ruling as to the incompatibility of intra-EU BITs with EU law, only Ireland and Italy (having terminated their intra-EU BITs in 2012 and 2013, respectively) rely purely on rules of the EU single market—such as freedom of establishment, free movement of capital, non-discrimination on grounds of nationality—for the protection of intra-EU cross-border investors and investments.[1] To complicate matters further, although the European Commission has requested member states to terminate their intra-EU BITs, the precise contours of investor protection within the Union remain unclear as they continue to be fleshed out.

Meanwhile, the bloc’s investment environment finds itself in uncharted waters as evidenced by a new Polish–Slovak spat over water exports: the case of Muszynianka v. Slovak Republic. This paper elucidates some of the intricacies of the case, including the factual and legal background and its position within the context of intra-EU investment protection.

Background to the Muszynianka case

Muszynianka cooperative is a Polish mineral water purveyor with a bottling plant in Muszyna, a town on the border with Slovakia. In a bid to expand, in 2012, it ventured south of the Slovak–Polish border across the delimiting Poprad river, registering a legal entity in Slovakia’s regional capital of the same name. The company had built a 2-km-long pipeline over the border river and was ready to start pumping the water. The investment amounted to about CZK100 million (€3.7 million).

In January 2015, it applied with the Slovak health ministry for a permit to exploit the water source. The health ministry informed the company on January 26, 2015 that the concession application had been rejected based on Article 4(2) of the Slovak constitution, a provision which had entered into force on December 1, 2014 through constitutional amendment.1 The amendment proscribes exports of drinking, geothermal and mineral water via pipelines or trucks.[2]

Muszynianka, with an annual turnover of about €1 billion, turned to the European Commission with a complaint that received limelight in the Polish media and support from both the then-outgoing Polish Prime Minister Ewa Kopacz and the current Beata Szydlo cabinet.[3]

Peeling the onion of investment arbitrations

Information is limited at this point, but it appears as though, seeing that other measures to resolve the dispute failed, the Polish investor initiated a €75 million investment arbitration claim against Slovakia under the Polish­–Slovak BIT.[4] Among the provisions that may have been invoked by Muszynianka cooperative is Article 3(2) of the BIT:[5]

The first sentence of Article 3(2) sets out the typical fair and equitable treatment (FET) obligation. The second sentence then explains that FET involves national and most-favoured-nation (MFN) treatment. The precise relationship between FET, on the one hand, and national and MFN treatment, on the other hand, is left a bit vague by the text. However, the investor could argue that both sets of obligations apply.

Progress on the arbitration is slow as Slovakia immediately challenged the nomination of a Bulgarian arbitrator, Stanimir Alexandrov.[6] Nominated by the Polish investor, Mr. Alexandrov decided to step aside before the matter could be resolved, citing the “hostile manner in which he perceived the challenge to have been prosecuted by the Slovak Republic” as the reason for his departure.[7]

The challenge was rooted in another controversial BIT arbitration under the 1991 Netherlands–Slovakia BIT: the HICEE v. Slovakia case. The challenge to Mr. Alexandrov in the Muszynianka case was based on his behaviour in his roles as counsel to the claimant and witness in the HICEE case. (As witness, he gave written testimony when HICEE B.V., a Dutch company, sought to disqualify an arbitrator.) Slovak Prime Minister Robert Fico had introduced a ban on distribution of profits that involved HICEE’s local subsidiary, a health insurance provider.[8] HICEE claimed that Slovakia thus breached its FET, expropriation and free transfer obligations under the BIT. It sought damages of over €1 billion, but lost.[9]

Peeling the proverbial onion further, Achmea, another Dutch investor in Slovak healthcare, initiated arbitration under the rules of the United Nations Commission on International Trade Law (UNCITRAL), also falling back on the Netherlands–Slovakia BIT’s FET safety peg. Slovakia contested the applicability of the BIT, given the intra-EU nature of the dispute. It also submitted a jurisdictional objection to the local court of Frankfurt, Germany, the seat of the arbitration. Article 344 of the Treaty on the Functioning of the European Union (TFEU) sets forth that disputes concerning the interpretation or application of the EU Treaties must be submitted to dispute settlement methods provided for in the EU Treaties themselves. Slovakia argued that this excluded the jurisdiction of domestic courts such as the German federal courts. The Frankfurt court decided against Slovakia in an interim ruling in 2010 and again in its final ruling in December 2012. Slovakia appealed to a higher-instance court, which affirmed that Slovakia’s objections were moot, interpreting that Art. 344 TFEU does not speak of private investor­–state disputes and, as such, arbitral tribunals did not constitute a TFEU violation. Slovakia then turned to Germany’s highest court in the ordinary jurisdiction—the Federal Court of Justice (BGH).

This leads us to the innermost crust in our onion metaphor. In trying to ensure a uniform and consistent application of EU law, the BGH proceeded to forward preliminary questions to the Court of Justice of the European Union (CJEU), pursuant to Art. 267 TFEU. Arguably, the most important question concerns the use of arbitral tribunals under intra-EU BITs in the face of Art. 344 TFEU, which would seem to have all disputes brought before the CJEU instead.[10] The BGH also enquired as to whether Art. 18 TFEU (non-discrimination) is being infringed by granting special rights to certain EU nationals and not others through intra-EU BITs. Answers to these important questions will presumably deliver a watershed moment for this and indeed numerous other EU arbitrations. Seeing that the outcome of the case currently hangs in an interpretative limbo, the BGH decided to stay the proceedings while it awaits the CJEU’s ruling.[11]

Back to Muszynianka’s complaint to the European Commission

Based on publicly available information, the case seems to be ongoing, with a focus on the rules governing the internal market.[11] However, insofar as intra-EU BITs are concerned, the European Commission has recently struck them down as contravening EU law.[12]

On September 29, 2016, the Commission ruled that intra-EU investment “reassurances” were excessive and incompatible with EU law, and that Austria, the Netherlands, Romania, Slovakia and Sweden were all to terminate their respective intra-EU BITs.12 The Commission pointed out that most of these treaties were concluded in the 1990s between then-existing EU member states and countries that were to join the European Union later, in 2004 and 2007. Most of these were ex-communist countries where the rule of law and private property were terms undergoing fledgling and fragile rediscovery. Consequently, the Commission reasoned that it may have been prudent to hammer out additional measures to protect foreign investment. However, it argued that years of transformation rigours and mandatory adaptation to the strictures of EU legislation preceding their membership rendered such protection obsolete and, legally speaking, null and void. Indeed, according to the Slovak finance ministry, Slovakia had, even before the ruling, considered intra-EU BITs, of which there were 20 in Slovakia alone, to be “inapplicable, to say the least”[13] due to their overlap with EU law.

Where does this leave us in terms of EU single-market investment protection? Sailing in uncertain waters, to abuse the Muszynianka theme. In theory, the common European market works based on principles that should pre-empt undue anguish on the part of foreign investors. But reality is a little messier. In the case of one Polish investor, at least, the spaghetti bowl of overlapping national and supranational interests and authority may come as a reminder that lex specialis is sometimes especially pricey.

Andrej Arpas is an analyst specializing in trade policy. A graduate of the University of Manchester’s law school, Andrej joined a Washington-based think-tank after a short period at Slovakia’s labour ministry.

[2] Slovak Government. (2014, June 8). Robert Fico: Water is a strategic commodity; we want to constitutionally proscribe its exports. Retrieved from http://www.vlada.gov.sk/robert-fico-voda-je-strategicka-surovina-jej-vyvoz-zo-slovenska-chceme-zakazat-v-ustave (in Slovak).

[5] Bilateral investment agreement between Poland and Slovakia, August 18, 1994. Retrieved from http://investmentpolicyhub.unctad.org/Download/TreatyFile/3022 (in Slovak; English translation by the author).

[10] Global Investment Protection. (2016, May 24). Intra-EU BITs before the Court of Justice of the EU. Retrieved from http://www.globalinvestmentprotection.com/index.php/intra-eu-bits-before-the-court-of-justice-of-the-eu.

[13] Ministry of Finance of the Slovak Republic. (2016, July 15). Bilateral investment treaties. Retrieved from http://www.finance.gov.sk/Default.aspx?CatID=4597 (in Slovak).