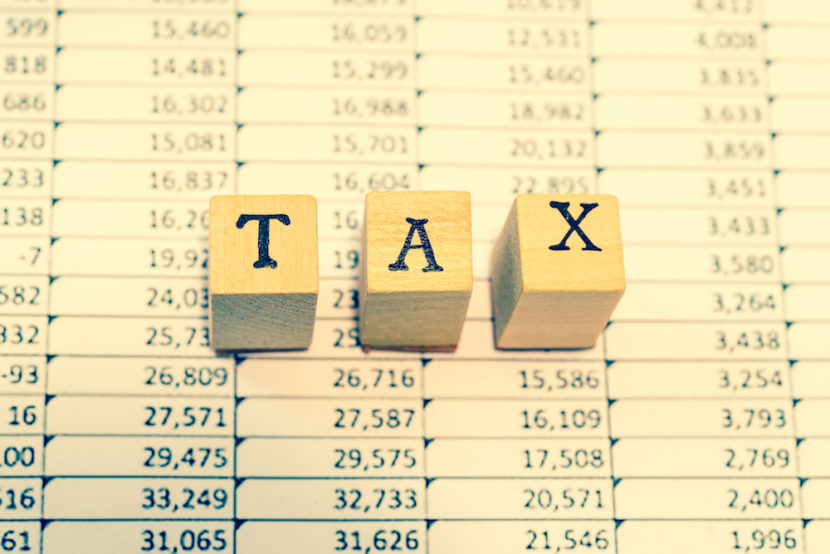 The ever-increasing level of international trade and investment transactions has rendered reform of international taxation necessary and inevitable, in both law and practice.[1] Tax policy is no longer predominantly within the scope of the individual state, and the number of tax questions that are governed by international agreements has grown dramatically.

The exchange of information and the cooperation among states in taxation matters are not new: as early as the 1920s, countries found the need to consult on pressing matters of international tax, especially the question of double taxation. Countries pursued these interactions in different forums—first the International Chamber of Commerce (ICC), and later the League of Nations.

The wish to pay as little tax as possible led some wealthy individuals and enterprises to participate in shell corporations, some of which were used for illegal purposes, such as evasion of tax and international sanctions.[3] The measures taken by certain companies aimed at shifting profits to low- or no-tax destinations or intended to make profits vanish are known as Base Erosion and Profit Shifting (BEPS). This practice has a strong impact on the loss of revenues, amounting to US$100–240 billion every year.

The BEPS project launched in 2013 by the Organisation on Economic Co-operation and Development (OECD), and later approved by the G20,[4] presents 15 actions intended to make sure that profits are taxed where the activities that produced them are carried out and where value is generated. According to the OECD, BEPS “harms governments because it reduces their tax revenues and raises the cost of ensuring compliance, [and] it harms people because, when some MNEs [multinational enterprises] pay low or no tax, individual taxpayers must shoulder a greater share of the tax burden.”[5]

To eliminate arrangements that allow income to go untaxed by exploiting differences in domestic tax laws, and to eliminate or modify preferential regimes that are potentially harmful to a fair allocation of the tax burden, specific rules have been issued or upgraded as a result of the OECD-led BEPS project.

The matters of profit calculation and tax jurisdiction are closely inter-related. After determining whether a part of a company’s profits is generated in a certain country, it is important to set the norms for the identification of the share of profits that will be taxed in that jurisdiction.

One BEPS issue is transfer pricing, which is the determination of the price for goods and services exchanged between controlled or related legal entities that are part of the same corporate group. An example of transfer price is the cost of the goods paid by the parent to the subsidiary when the latter sells goods to the former. The arm’s length principle governing international transfer pricing requires related entities to assign revenues in the same way as they would if they were independent parties in the same or similar situation.

To provide guidance on policy and administrative aspects of applying transfer pricing analysis to MNEs, the United Nations and Deloitte have published manuals on transfer pricing in different countries. Per the United Nations manual, when the applied pricing does not respect the international arm’s length principle, it could be deemed as “incorrect pricing” with the potential emergence of tax evasion concerns. In practice, reaching a suitable transfer price may not be a simple task, especially taking into consideration the hitches connected to attributing a value to intangible assets and services. Transfer prices are useful to calculate the revenues of both entities engaged in the transnational exchanges, and hence affect the tax base of both countries part of the cross-border transactions.

The intricacy of domestic taxation systems on transfer pricing has inspired a study that lists nearly all national norms on taxation.[7] Even in intra-EU transfer pricing, a careful analysis of the relevant issues has been undertaken by the European Commission since 2001.[8]

The significant increase of global foreign direct investment (FDI) flows between 1998 and 2000, between 2005 and 2007, and in 2015[9] has come together with the signing of an increasing number of double taxation treaties (DTTs). DTTs and bilateral investment treaties (BITs) have complementary aims: while the purpose of BITs is to protect and foster FDI, DTTs tackle the issues of where profits originated by these cross-border investments should be taxed and how to distribute the tax revenues of MNEs.

When taxation is included in the scope of a BIT that provides for investor–state arbitration, foreign investors can resort to investment arbitration to challenge their host states for changes in the relevant domestic legislation that could harm their investments. Here is where the BEPS project comes into play: with its 15 actions aimed at avoiding profit shifting, and with the purpose of ensuring that economic activities are taxed where their value is originated, it has already inspired and most probably will continue to inspire national reforms in taxation systems. Consequently, since these reforms may imply a change of national rules governing foreign investments, a clash could emerge between the implementation of BEPS and the application of BITs that include taxation within their scope.

New national measures on taxation, voluntarily implementing the BEPS, could impose new obligations on investors and potentially collide with the respective rights and obligations provided for by BITs and other international investment agreements. More precisely, changes in tax rules that would affect either the profits or the assets of foreign investors could lead to claims for breaches of investment treaty clauses such as free transfer of funds, fair and equitable treatment (FET), national treatment (NT), most-favoured-nation (MFN) treatment and expropriation. In these situations, conflicts arise between the taxation and the investment fields.

Several investment arbitration cases have been filed alleging indirect expropriation derived from state measures on taxation. Some scholars maintain that this has become more frequent with the growth in the number of regulatory measures taken by states in the area of taxation.[10] Worth mentioning are the cases Link-Trading v. Moldova, EnCana v. Ecuador, and Occidental v. Ecuador: all of them challenged changes in taxation rules as allegedly expropriatory measures.

With the aim of avoiding investor–state disputes on tax measures, some of the newest BITs and model BITs—such as the 2015 Indian model BIT—carve out taxation from the scope of the treaty. The carve-out clause that Article 2.6(iv) of the Indian model BIT recommends may be a point of contention in the India–European Union talks for the proposed Broad-based Trade and Investment Agreement (BTIA).[11] The China–European Union negotiations for a Comprehensive Agreement on Investment (CAI) crystalize the same issue, which denotes the growing problem posed by the inclusion of tax measures in investment agreements.

Tax systems may affect cross-border investment in at least four ways. First, where the same profits are taxed both in the residence state and in the source state, a company will pay taxes twice. This double taxation—along with other factors, such as the presence and accessibility of raw materials, low-cost labour, solid and capillary infrastructure, and favourable tax legislation—can affect MNEs’ choices as to the destination of their investments. In the short term, the BEPS project would incite national taxation reforms around the globe, and there would be, consequently, an escalation in the risk of collision of domestic reforms with provisions on international trade or investment agreements, such as DTTs or BITs. In fact, although BEPS measures are not compulsory, already before their formal endorsement by the G20 in October 2015, more than 30 countries had already implemented them in their respective legislation.[12]

Second, the application of transfer pricing rules in transnational exchanges between related entities avoids persisting discrepancies between the cost of goods declared by the exporting company and the value of goods declared by the importing company, in the application of custom duties, value-added tax (VAT) and direct tax. This could potentially result in increased costs for compliance on behalf of MNEs.[13]

Third, there is a risk of creating a climate of tax incertitude. Factors such as the rise of companies with cross-border activities, the speedy technological evolution, the increased attention MNEs dedicate to tax planning and the absence of a global policy towards international tax laws bring additional uncertainty. A comprehensive implementation of the BEPS agenda would require comprehensive reform of the international taxation framework. However, agreement on such reform seems unlikely, since the views of Brazil, China, Russia and South Africa, in line with OECD countries, significantly differ from the views of other developing countries. In fact, the original BEPS project of 2013 provided the states where companies are established (usually developed countries) with broader possibility to impose heavier taxes, and the states where companies operate (mostly developing countries) with fewer taxing rights. Consequently, when MNEs engaged in intra-group transactions, developing countries had less room for manoeuvre to impose taxes, while the largest share of taxes was imposed by developed countries. Although limited adjustments have been made to the BEPS project in 2015, the original divergence of opinions suggests that a comprehensive reform of the international taxation framework seems unlikely.

The absence of a shared view may be aggravated by the augmented access tax authorities have to information on MNEs’ cross-border operations. While some national tax authorities could use this information to design a global approach to transfer pricing,[13] other tax authorities will have to manage larger volume of information than before without necessarily being able to cooperate on these matters. As a result, they may even be prone to adopting a stricter policy (which they perceive to be in their sole interest). Finally, the “exit taxes” certain states are imposing on the income of individuals or corporations will probably negatively impact the movement of both capital and labour.[13]

The recent OECD-led BEPS reform project is of prime importance, not just for the tax community but also to prevent a limited number of economic entities from becoming the only beneficiaries of gains resulting from cross-border trade and investment and to ensure that those gains are more widely redistributed. In this respect, it is important to revisit international investment law and policy to ensure that they do not hinder the proper implementation of the BEPS and national tax reforms.

[4] OECD. (2015, October 9). OECD/G20 base erosion and profit shifting project forwarded to G20 heads of state in November. Retrieved from https://www.oecd.org/g20/topics/taxation/g20-finance-ministers-endorse-reforms-to-the-international-tax-system-for-curbing-avoidance-by-multinational-enterprises.htm.