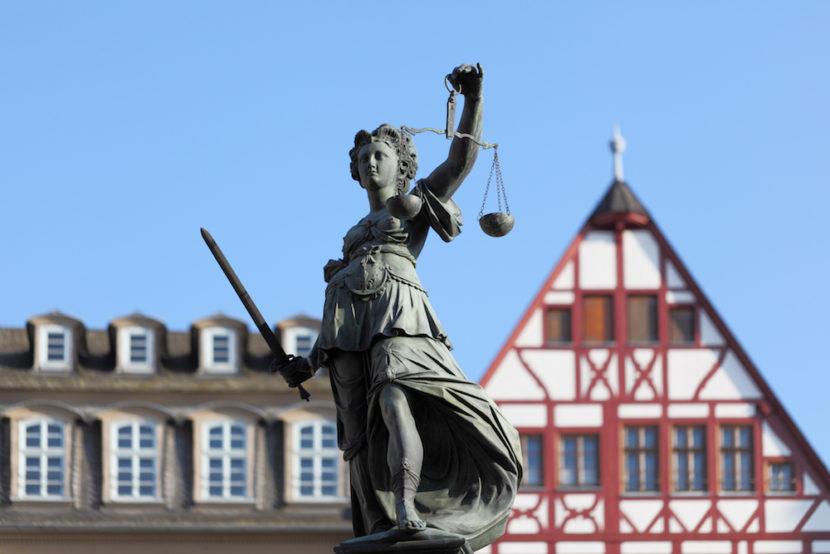 On October 13, 2016, the German Federal Constitutional Court (FCC) issued its much-awaited judgment on the request for temporary legal protection against the Canada–European Union Comprehensive Economic and Trade Agreement (CETA). The Court delivered a Solomonic, but somehow puzzling judgment.

First, it should be stressed that this is not the final judgment on the matter, but a judgment on a request for temporary injunction on the basis that irreversible damages might occur in case measures were not issued by the court. The complainants argued in essence that a positive decision by the European Union and its member states to sign and provisionally apply CETA would violate their rights under the German Constitution (namely Art. 38(1) in connection with Art. 79(3) and Art. 20(1) and (2)). The complainants (altogether more than 125,000—among whom the left-wing party Die Linke, consumer protection organizations and an individual flute teacher—combined in one proceeding) pledged the Court to disallow the German member to approve CETA in the European Council voting.

The Court rejected the claim. Yet, it delivered one of its famous “yes, but…” judgments. The FCC decided that the German representative may agree to CETA in the Council—in the Court’s view, requiring unanimous voting, which in itself is not undisputed among EU law experts—but only if the following three conditions are met:

In its reasoning, the Court emphasized that a decision on temporary relief requires careful weighing of the detrimental effects for the complainants without any preliminary measures issued by the Court and the consequences if the Court ordered the government to disapprove CETA in the Council voting. The Court reasoned that, on the one hand, the restrictions on the German government to develop and to actively participate in EU foreign and trade policy as well as the detrimental consequences for the European Union as a whole to negotiate and conclude trade agreements could be immense. A negative vote of the German representative in the Council on the signing and provisional application could in fact be irreversible and most probably effectively lead to the death of CETA, thereby seriously damaging the reputation and trust in the reliability of Germany as well as the European Union. On the other hand, the consequences of an affirmative vote could lead to the provisional application of CETA, but—with regard to the allegedly violated rights of the complainants—may not be irreversible in case CETA is incompatible with the German Constitution, a question the judges expressly left open to be decided in the main proceedings.

Regarding the first condition, the provisional application shall only concern those parts that undoubtedly fall within EU competence. The Court stressed that the German government itself declared not to agree to disputed areas and suggested that there may be problematic areas in certain chapters, including the dispute settlement system and portfolio investments (Chapters 8 and 13), maritime transport (Chapter 14), mutual recognition of professional qualifications (Chapter 11) and trade and labour (Chapter 23).

With regard to the second condition, the Court held that there appears to exist an imminent threat that any decision of the CETA committees could lead to conflicts with the identity of the German Constitution (“Verfassungsidentität,” Art. 79(3)). The Court thus required that any decision by a CETA committee may only be taken after a common position taken by the Council as in Art. 218(9) of the Treaty on the Functioning of the European Union (TFEU) by unanimous vote, thereby supporting the “democratic backing” of these committees, but effectively granting a veto right to all EU member states on any decision to be taken in the respective committees.

On the last condition, the Court indicated that, should any of the dangers posed by CETA run risk to materialize, the German government should ensure the possibility to terminate the provisional application of CETA by a unilateral declaration. For that purpose, Germany should—in a way relevant in public international law—notify its understanding of its interpretation of CETA Art. 30.7(3)(c), namely, that Germany may unilaterally declare termination of CETA’s provisional application.

The FCC has become notorious for its decisions on questions regarding the European Union, though less for the real outcome—in the end, it did not find Outright Monetary Transactions (OMT) to constitute an act ultra vires and neither did it try to stop CETA—than for its reasoning.

The Court has done three remarkable things. To begin with, it put the German government on a tight leash. Germany may only approve CETA under certain conditions that are not a mere nuisance, but require negotiating at EU level, maybe even with Canada. For that matter, CETA is categorized by the FCC as a “mixed agreement” requiring those regulations not within EU competence to be excluded from provisional application. It thereby entered into another dialogue with the Court of Justice of the European Union (CJEU), this time not on the protection of human rights or the power of the European Central Bank, but with regard to the delimitation of competence when it comes to the common commercial policy. It expressed its view as to what the FCC finds to be fields of competence that might have remained within the sphere of competence of EU member states, especially with regard to investment protection. It is debatable whether one should go as far as to read this as a warning towards the CJEU not to go too far in the upcoming European Union–Singapore advisory opinion (Case A-2/15) by finding all aspects of trade and investment to fall into the explicit or implicit EU competence. However, it is beyond doubt that the Court could have been less explicit and avoid naming areas in order not to risk interfering with CJEU competence to interpret EU law.

Also with regard to CETA committees the FCC ventured deep into EU law. The Court interprets TFEU Art. 218(9) as requiring a unanimous Council decision with regard to CETA, given that, in the view of the FCC, these committees are “bodies” that would fall under said provision. However, these findings might constitute interpretations and suggestions overstepping the power of the German Court and would rather have to be clarified by the CJEU.

Finally, it brought public international law into play. The Court suggested that Germany should remain in a position to terminate unilaterally the provisional application of CETA. It left open how this requirement could be achieved.

CETA Art. 30.7(3)(c) provides: “A Party may terminate the provisional application of this Agreement by written notice to the other Party. Such termination shall take effect on the first day of the second month following that notification.”

If CETA is a mixed agreement, as suggested by the FCC, there will be 30 parties (at least as long as the United Kingdom remains in the European Union) covering competences of the European Union as well as of EU member states. However, the provisional application solely concerns “EU-only” parts. By its statement, the Court seems to suggest that Germany is a party to the agreement and is thus also in a position to terminate the provisional application “of this agreement” in the sense of CETA Art. 30.7(3)(c). Indeed, the term “a party” under CETA means Canada for the Canadian side, and the European Union as well as every EU member state for the European side.

Or could Germany act on behalf of the European Union? This could be based on the fact that, because a unanimous act is required in the Council, at any point in time any EU member state must be in a position to unilaterally terminate the provisional application. However, a unilateral declaration cannot be regarded as an act contrary to a unanimous decision of the European Council, and neither Germany nor any other EU member state can unilaterally act on behalf of the EU and its organs.

The third option is to argue more broadly with a view on the prospective entry into force of CETA. According to Article 25 of the Vienna Convention on the Law of Treaties between States and International Organizations or between International Organizations (VCLT-IO) a state or international organization is in a position to terminate the provisional application if it notifies the other parties of its intention not to become a party to the treaty. If CETA is a “mixed agreement,” ratification by all 30 parties is required in order for CETA to eventually enter into force. One could argue that a unilateral declaration by Germany based on the fact that CETA is not compatible with the German constitution would in effect mean that Germany will not ratify CETA. Under the principle of solidarity, the unilateral declaration could lead to a respective Council decision to notify Canada on the termination of the provisional application of CETA on behalf of the entire European Union side. This would however not reflect the unilateral power of termination as required by the FCC.

What became again apparent is that the whole idea of a “mixed agreement” is a nightmare for all involved—the European Union and its organs, EU member states, the European people and the courts that have to deal with the construction. In fact, negotiating an agreement as a single endeavour only to later divide and split it into parts and pieces might run counter to the spirit of any international agreement and does not pay enough attention to the fact that the parties agreed to the agreement as a single undertaking.

The Court was in a difficult position, less because difficult legal questions were posed to it—that is very much the task of a constitutional court to resolve—but because the judgment was issued in a request for temporary measures roughly 12 hours after the oral hearing took place. Any decision not cautious to the effects on all parties involved and affected could have detrimental consequences. Whether the Court, with its explicit naming of chapters when it comes to the question of competences, its strange requirement on the “democratic backing” of the committees and its rather puzzling condition regarding the ability to unilaterally terminate the provisional application of CETA, found a wise compromise rests with any observer of this ruling.* While observers still try to resolve the Solomonic puzzle posed by the FCC, the member states, EU and Canada signed CETA on October 30, 2016, and it will be provisionally applied after approval of the European Parliament. In the meantime, the complainants in this case again requested provisional measures based on the argument that the German government has not sufficiently fulfilled the conditions of the FCC.

Jelena Bäumler is Assistant Professor for Public, European and International Law at the University of Rostock, where she teaches International Trade Law and European Economic Law.

An earlier version of this article was posted by Simon Lester on October 14, 2016 on the International Economic Law and Policy Blog at http://worldtradelaw.typepad.com/ielpblog/2016/10/jelena-bäumler-on-the-german-federal-constitutional-courts-judgment-on-ceta-.html.