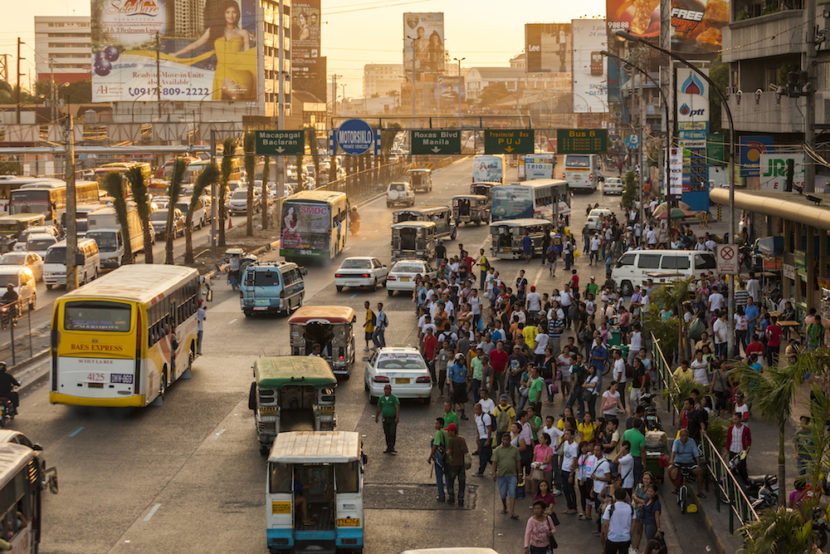 Obligations on states restraining their regulatory powers are traditionally seen as exceptions—cast in treaties or contracts—to customary international law.[2] It is in that light, for example, that in the Investment Chapter of the Comprehensive Economic and Trade Agreement (CETA), the European Union and Canada “reaffirm their right to regulate within their territories to achieve legitimate policy objectives, such as the protection of public health, safety, the environment or public morals, social or consumer protection and the promotion and protection of cultural diversity.”[3] To be sure, these exceptions have taken on enormous weight and importance over the last few decades, especially through treaty-based arbitral practice nurturing expansive interpretations of the standards of treatment that states commit to. But still, the traditional view holds that the prohibition of expropriation without compensation and the obligation to afford fair and equitable treatment, however intrusive on states’ sovereignty they may be, are properly framed as exceptions to customary international law.[4]

In view of widespread unease with the excesses of the international investment law regime, the pressing intellectual task at hand would seem to be to formulate a coherent doctrine defining and tempering the rights that investors derive from international law. Martínez-Fraga and Reetz, however, are refreshingly unfashionable in their outlook. They live in a “new space and era” defined by economic globalization, where “traditional notions of territorially based Westphalian sovereignty are no longer responsive to the common needs of nations,” and where the paradigm of independence gives way to a paradigm of interdependence.[5] The intellectual task they set themselves is to work towards the formulation of a coherent doctrine of tempering public interest exceptions to the rule embodied by the generalized obligations states have towards foreign investors.

To this end, Public Purpose investigates and canvasses the definition and role of the public purpose doctrine in all its iterations and permutations in the North American Free Trade Agreement (NAFTA) and the case law developed under its Chapter Eleven, in customary international law, in a huge sample of bilateral investment treaties (BITs), in a wide variety of human rights instruments, in the context of the principle of permanent sovereignty over natural resources, and in an impressive number of domestic laws on foreign investment. Hundreds of lucid pages of extremely hard work yield a scattered, “bankrupt” doctrine that covers either too much or too little. In the conclusion, the authors set out a number of principles towards the (re-)construction of the doctrine. A “self-judging,” wholly subjective standard will not do: there will have to be an objective standard, subject to discursive reasoning. It will have to be a unified doctrine harbouring a hierarchy of public purposes. Most tellingly, perhaps, the burden of proof will have to be reversed:

States applying public purpose in furtherance of the exercise of regulatory sovereignty should bear the burden by something akin to “clear and convincing” of demonstrating the objective foundations and commensurable underpinnings of the doctrine’s application. In this connection investors should enjoy a rebuttable presumption that public purpose is not sufficient to justify encroachment on an international obligation to protect foreign investment.[6]

Public Purpose is an unsettling book. The “paradigm change” is posited, the necessity to fashion a new public purpose doctrine accordingly assumed. The reconstruction of the doctrine, moreover, takes place against the background of an undifferentiated, clear and far-reaching set of obligations on the part of states regarding the protection of foreign investors that is just presumed to exist in a unified, inherently compelling form. Strangest of all, the book is preoccupied most with states’ assertions of public purpose where one would think they matter least: as one of the conditions for lawful expropriations.

To rehearse: investment treaties generally prohibit states from expropriating investments except a) for a public purpose, b) under due process of law, c) in a non-discriminatory manner and d) on payment of prompt, adequate and effective compensation. On the face of it, it is hard to see what if anything could ever turn on the condition of public purpose: it helps to distinguish between lawful expropriations (where the investor is being compensated) and unlawful expropriations (where the investor ought to be awarded damages). Absent any major differential between compensation and damages, it is not obvious why an investor would ever spend a lot of time and effort in claiming a lack of public purpose. It is also difficult to see what a state would have to gain in arguing the point. As the tribunal in Santa Elena famously put the matter:

Expropriatory environmental measures—no matter how laudable and beneficial to society as a whole—are, in this respect, similar to any other expropriatory measures that a state may take in order to implement its policies: where property is expropriated, even for environmental purposes, whether domestic or international, the state’s obligation to pay compensation remains.[7]

In this light, the lack of effective examination by courts and tribunals of the public purpose doctrine proper is hardly as surprising and deplorable as Martínez-Fraga and Reetz make it out to be.[8] But they seek to employ the doctrine to distinguish not between lawful expropriations and unlawful expropriations, but between regulatory measures and expropriations. This is, of course, a logical fallacy, or, as the tribunal in Fireman’s Fund had it, “putting the cart before the horse”:[9] the inquiry into whether expropriation has taken place must logically be distinct from and prior to the determination whether it is lawful. Whatever the content of the public purpose doctrine for purposes of the latter stage of the analysis, it must hence be different from any public interest doctrine that plays a role in the former.

The authors will have nothing of it, however. In NAFTA jurisprudence, the authors note to their dismay that tribunals have taken to “reconfigure” the public purpose doctrine as one of “police powers” to distinguish “bona-fide” or “reasonable” regulatory acts from measures tantamount to expropriation. This leads to some of the more memorable passages in the book, a rant about “legal fiction” being “little more than a pretext for the expansion of regulatory sovereignty,” providing “rogue states with formal juridical justification for substantive inequities that rise to the level of illicit conduct,” and, what the authors obviously consider even worse, the view that a State’s prerogative in a post-market entry to change or modify existing regulatory schemes to the material detriment of a foreign investor may render an economic activity “less profitable or even uneconomic to continue” but not necessarily constitute an indirect or creeping expropriation.[10]

At this point, one marvels at the power of economic globalization to overthrow accepted canons and received wisdom in international law: could it really be that intensified economic interactions between nations should lead, of necessity it seems, to a situation where every exception becomes a rule and every rule an exception? If taken to its logical conclusion, Public Purpose in International Law would hold that each and every measure taken by states that conceivably leads to material loss of foreign investors is unlawful under international law unless states can offer clear and convincing evidence that such measures are objectively necessary for the achievement of an objectively defined public purpose.

The better view, surely, is that states have an inherent right to determine what is and what is not in the public interest. They also have an inherent duty under international investment law—as they have under international trade law—to make sure that the detrimental effects to foreign companies of measures taken in the furtherance of the public interest are minimized. That, in turn, requires a proportionality test that separates means from ends, much in the way that Article XX of the General Agreement on Tariffs and Trade (GATT) operates.[11] What Martínez-Fraga and Reetz consider the undesirable crossover between trade law and investment law[12] may well turn out to be what will save investment law from itself.

Harm Schepel is Professor of Economic Law at Kent Law School and the Brussels School of International Studies, University of Kent.

[8] The authors see the state of affairs summed up in the American Law Institute’s Restatement of Foreign Relations Law, which notes that the public purpose limitation “has not figured prominently in international claims practice, perhaps because the concept of “public purpose” is broad and not subject to effective reexamination by other states. Presumably, a seizure by a dictator or oligarchy for private use could be challenged under this rule.” American Law Institute. (1987). Restatement (Third) of Foreign Relations Law, Section 712, Comment e. Reinisch sees things differently, claiming that “the practice of international courts and tribunals also demonstrates that—in spite of broad deference to expropriating States—they are willing to assess whether such public purpose has been genuinely pursued.” Reinsich, A. (2008). Legality of Expropriations. In A. Reinisch (ed.), Standards of investment protection (pp. 171–204). Oxford: Oxford University Press, p. 186. Ibid., Purpose, to the  also o hes almost exclusively on ADC v Hungary  genuinely pursued. ference to exproproating uleyice to hIn fairness, the statement relies almost exclusively on the single instance of ADC v. Hungary, Award of October 2, 2006, para. 432.