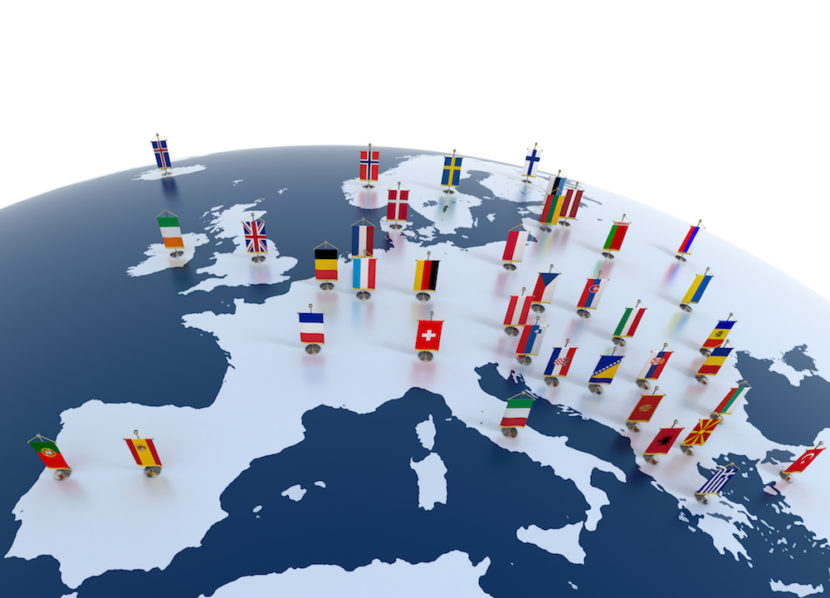 Since the entry into force of the Lisbon Treaty in 2009, foreign direct investment (FDI) falls within the common commercial policy of the European Union and, as such, became part of the sphere of exclusive competence of the European Union.[1] The competence shift is evidenced by the negotiations of international investment agreements (IIAs) that the European Commission is conducting with a number of countries, including important economies, such as China and the United States. Against this background, third countries may be surprised when invited by individual EU member states to start bilateral investment treaty (BIT) negotiations. Does EU law allow member states to initiate BIT negotiations?

With respect to the transfer of competence in the field of FDI, EU Regulation 1219/2012[4] regulates two aspects of the transitional arrangements. It addresses the status under EU law of EU member states’ BITs that existed before the entry into force of the Lisbon Treaty, and allows member states to amend an existing BIT or conclude a new one with third countries provided that the terms, conditions and procedures set out in the regulation are respected (Art. 1, para. 1). In particular, to open negotiations or sign a BIT, member states must obtain authorization from the European Commission.

Regulation 1219/2012: rules on the required authorization and grounds for refusal

First, if a EU member state seeks to enter into BIT negotiations with a third country, it must notify its intention in writing to the Commission (Art. 8, para. 1). The state must also transmit all relevant documentation including an indication of the negotiation objectives and the provisions to be discussed (Art. 8, para. 2). The Commission can refuse the authorization on four alternative grounds (Art. 9, para. 1):

The first ground seeks to avoid the adoption of member state BITs the application of which would result in a violation of EU law. There are a number of substantive areas of EU law where incompatibilities arose with respect to member state BITs that existed prior to 2009. For instance, BIT provisions on the free transfer of investment-related funds without any exceptions are incompatible with EU law, because primary EU law provides for such exceptions (recital 4).[5] The European Court of Justice (ECJ) confirmed this incompatibility in 2007.[6] Incompatibilities may also occur regarding the admission and the post-establishment treatment of foreign investments, since several secondary EU law instruments restrict or limit the rights of foreign investors to enter or operate in the internal market. Finally, incompatibilities may arise from the need for equal treatment of all EU nationals within the internal market as well as in third countries.[7]

The second ground to refuse authorization is present when the European Union itself intends to open or has already started negotiations with the third country in question. To deny the authorization to a member state appears to be logical and necessary to achieve the European Union’s long-term objective to ultimately replace all member state BITs with EU IIAs (recital 6). Without this ultimate goal, a comprehensive EU investment policy would be unattainable. The Commission periodically publishes ongoing EU trade and investment negotiations.[8]

3. Inconsistency with EU principles and objectives

The third ground seeks to ensure consistency with EU principles and objectives, which are foreseen by primary EU law—the Treaty on the European Union and the Treaty on the Functioning of the European Union—in order to guide all EU external action.[9] These principles and objective are broader policy considerations, such promoting democracy, the rule of law, human rights and fundamental freedoms, and sustainable economic, social and environmental development. Despite the difficulty to scrutinize future EU member state BITs in the light of these general principles, this ground for refusal underlines the importance of the principles and objectives of EU external action and provides the Commission with considerable political discretion when deciding on an authorization.

The fourth ground of refusal slightly overlaps with the second ground since obstacles are in particular likely to occur when the European Union itself has decided to open negotiations with the same third country. The question of seriousness must be assessed on a case-by-case basis.

The European Commission may decide to grant authorization conditioned upon the inclusion or removal of certain clauses from the negotiations and prospective agreements as needed to ensure consistency with the European Union’s investment policy or compatibility with EU law (Art. 9, para. 2). Once negotiations start, the Commission must be kept informed about the progress and results of the negotiations throughout the different stages (Art. 10). It may also request to participate in the negotiations. Before a member state can sign the resulting agreement, the Commission must again be notified (Art. 11, para. 1). It then evaluates the text of the agreement based on the four criteria described above (Art. 11, para. 3). If those criteria are fulfilled, the Commission grants its final approval through the adoption of an implementing act, making it binding.[10]

New member state BITs will be maintained in force until an IIA between the European Union and the same third country eventually enters into force (Art. 3 and Art. 11, para. 4). Member states must inform the Commission on all aspects of member state BITs throughout the life of the agreements, in particular regarding all meetings of the contracting states and possible disputes arising between them as well as disputes between them and a investors (Art. 13).

Therefore, the terms, processes and conditions set out in Regulation 1219/2012 make clear that, even though EU member states may still negotiate new IIAs, their possibility to do so is dictated and controlled by the Commission.

EU member states have since 1959 concluded 1384 BITs with third countries.[11] Regulation 1219/2012 foresees that in the long run all member state BITs are to be replaced by EU IIAs but does not set a specific time frame. The current EU negotiating agenda will replace a part of existing member states BITs. Investment negotiations have so far been concluded with Canada, Singapore and Vietnam and others are still ongoing with countries such as Australia, China, India, Indonesia, Japan, New Zealand and the United States.[8] However, the ultimate replacement of all existing member states BITs with EU agreements will take time, and the high number of authorizations granted shows that member states remain active in negotiating BITs. Most recently, France has concluded a BIT with Colombia,[13] and Greece with the United Arab Emirates.[14] For all of these reasons, it can be expected that individual EU member states will continue to request to negotiate new treaties with third countries.

Stefanie Schacherer is a Ph.D. candidate and a Teaching and Research Assistant at the Faculty of Law of the University of Geneva.

[1] Treaty on the Functioning of the European Union (TFEU), Art. 3, para. 1, and Art. 207. Retrieved from http://eur-lex.europa.eu/legal-content/EN/TXT/?uri=celex%3A12012E%2FTXT. The exact scope and content of exclusive competence remains subject to controversy.

[3] For instance, after the European Union gained exclusive competence in the field of judicial cooperation in civil matters, transitional arrangements were adopted under Regulation 662/2009 of the European Parliament and of the Council of 13 July 2009 establishing a procedure for the negotiation and conclusion of agreements between Member States and third countries on particular matters concerning the law applicable to contractual and non-contractual obligations. (2009) OJ L200/25. Retrieved from http://eur-lex.europa.eu/eli/reg/2009/662/oj.

[4] Regulation 1219/2012 of the European Parliament and of the Council of 12 December 2012 establishing transitional arrangements for bilateral investment agreements between Member States and third countries. (2012) OJ L351/40. Retrieved from http://eur-lex.europa.eu/eli/reg/2012/1219/oj. In-text references to legal provisions, unless otherwise indicated, refer to this regulation.

[13] Agreement for the reciprocal promotion and protection of investments, Colom.–Fr., July 10, 2014. Retrieved from http://investmentpolicyhub.unctad.org/IIA/treaty/3488.

[14] Agreement for the reciprocal promotion and protection of investments, Greece–U.A.E., June 5, 2014. Text not yet published.