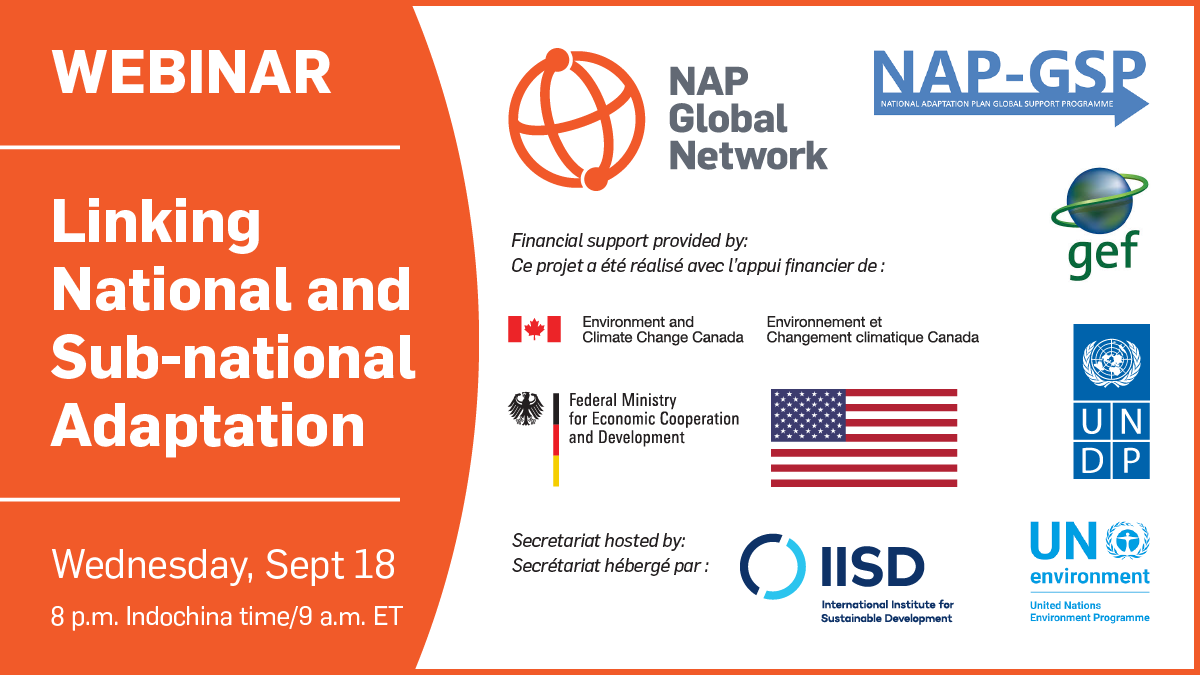 Increasing attention has recently been placed on the role of sub-national actors in advancing implementation of adaptation in developing countries.

For example, the 2015 Paris Agreement recognized that though adaptation is a global challenge, it has local and sub-national dimensions. To be effective, NAP processes must reflect these dimensions—with consideration of sub-national diversity—as well as the critical role of sub-national authorities and local organizations in planning, implementing, monitoring and evaluating adaptation.

Building strategic linkages and coordinating actions of the policy processes will likely maximize the outcome of related goals, increase the effectiveness of different actions, and enable smart use of resources in disaster risk reduction.

Adaptation experts from different sectors, disciplines and regions of Canada will meet in Vancouver, British Columbia, for Adaptation Canada 2020. This national conference on climate change adaptation will take place from February 19 to 21, fostering debate on how Canada should face the critical…

Midway through the 2019 Climate Change Conference (COP25) in Madrid, the Earth Negotiations Bulletin team hosts an update on progress.

A day before Climate Week NYC 2019 officially kicks off, the Global Resilience Partnership, alongside other partners, is convening an event called Building a Resilient Future.Dedicated to reinforcing the focus on resilience and the commitments expected to be made at the UN Climate Action Summit,…