Journalists play an important role as watchdogs for many social problems. But with a problem as large and complex as climate change, how can journalists tell stories that spur action and help audiences prepare for its impacts?
Share this page: 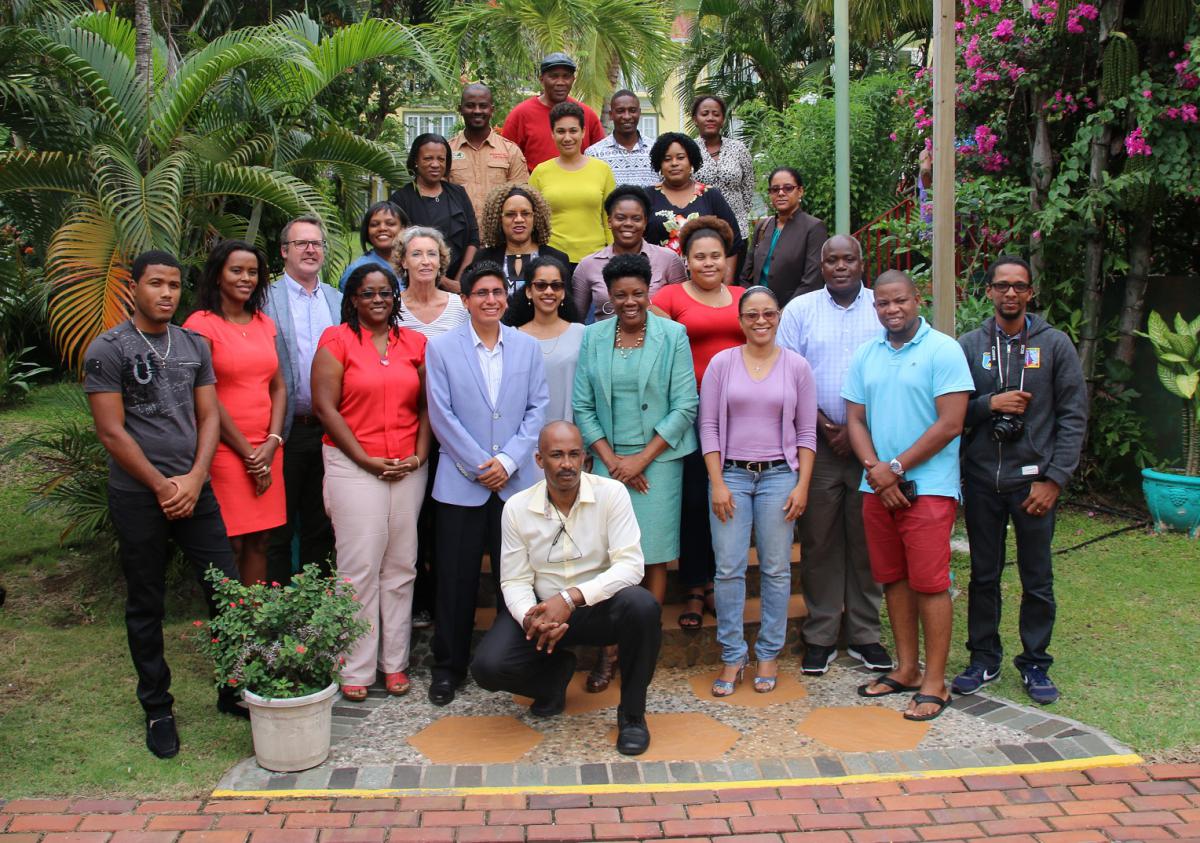 Representatives from the Government of Saint Lucia and from the Organisation of Eastern Caribbean States set the scene by presenting on climate change science and the state of play of international negotiations (read their presentations here). In the discussion that followed, journalists shared great advice based on their experiences. Here are five key lessons to help with impactful reporting on climate change.

Echoing recent research by Climate Outreach, Saint Lucian journalists at the workshop told us how images of polar bears and ice caps melting just don’t resonate locally. To shift climate change from a problem that seems “out there” and abstract, several journalists stressed the need for stories that show local impacts on people’s lives.

Examples include how warmer waters cause fishers to go further from shore in pursuit of mahi-mahi seeking colder water, which impacts their bottom line. Other ideas include focusing on how a warmer climate will increase the risks of mosquito-borne diseases, and how that might affect health and the economy. 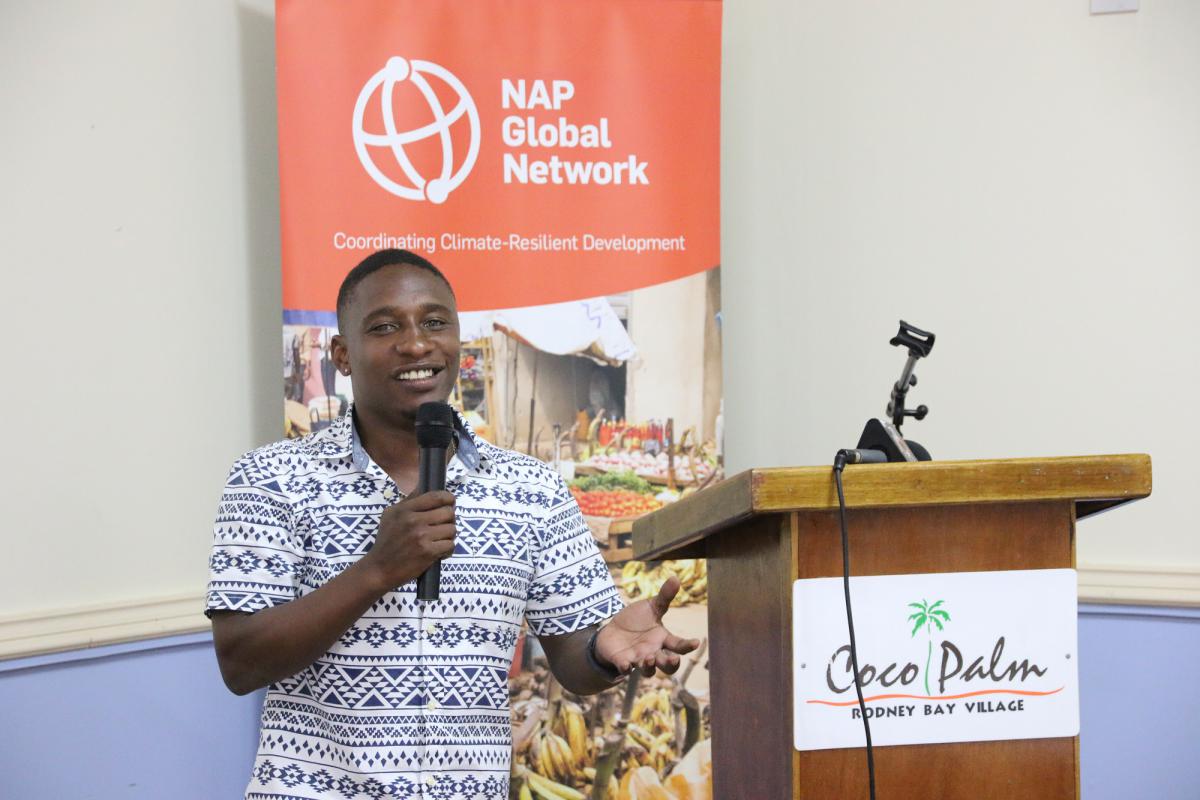 Saint Lucians are no strangers to extreme weather. In the past decade, the combined costs of Hurricane Dean in 2007, Hurricane Tomas in 2010 and the December Trough in 2013 amounted to over USD 400 million, more than a third of the country’s annual gross domestic product.

As climate change will make extreme weather more frequent and intense, journalists said telling individual stories is a powerful way to build awareness about the importance of preparing for extreme weather events.

Alison Kentish, a TV presenter at HTS News, gave an example of how personal stories resonate with her audiences. She described her 2015 story on the effects of drought in several Caribbean countries as an example of telling a story through the eyes of local farmers who struggled to save their crops.

Bernard Fanis of Calabash TV also emphasized this need to report on solutions that encourage Saint Lucians to take action on climate change. Fanis said reporting that emphasizes the negative impacts can cause audiences to feel helpless in the face of climate change. You can watch Fanis’ “1.5 to Stay Alive: Saint Lucia's Reality – A Youth Perspective” here.

A number of journalists mentioned the maxim “If it bleeds, it leads.” Too often, stories about climate change in Saint Lucia focus on government meetings, but these events can have less news value than a robbery or arrest. Despite the importance of the topic, climate change policy stories are often couched in technocratic phrases and acronyms that just don’t pack the same punch as a crime story.

In pitching stories about climate change policy, it’s vital to think of what journalists need: statistics related to people’s livelihoods, success stories from sectors that are tackling climate challenges, and sound bites in plain language that relate to individuals’ experiences.

At the same time, several journalists also spoke about their need for government spokespeople to be available to respond quickly to interview requests about climate change issues.

There is no shortage of excellent spokespeople in the Government of Saint Lucia—we spoke to many staff who are highly knowledgeable and articulate about climate change impacts and issues. But recognizing that journalists’ have strict time-bound “headlines and deadlines” routines, governments need to ensure they have procedures that can pass interview requests on to the right people and deliver the interviews journalists need. 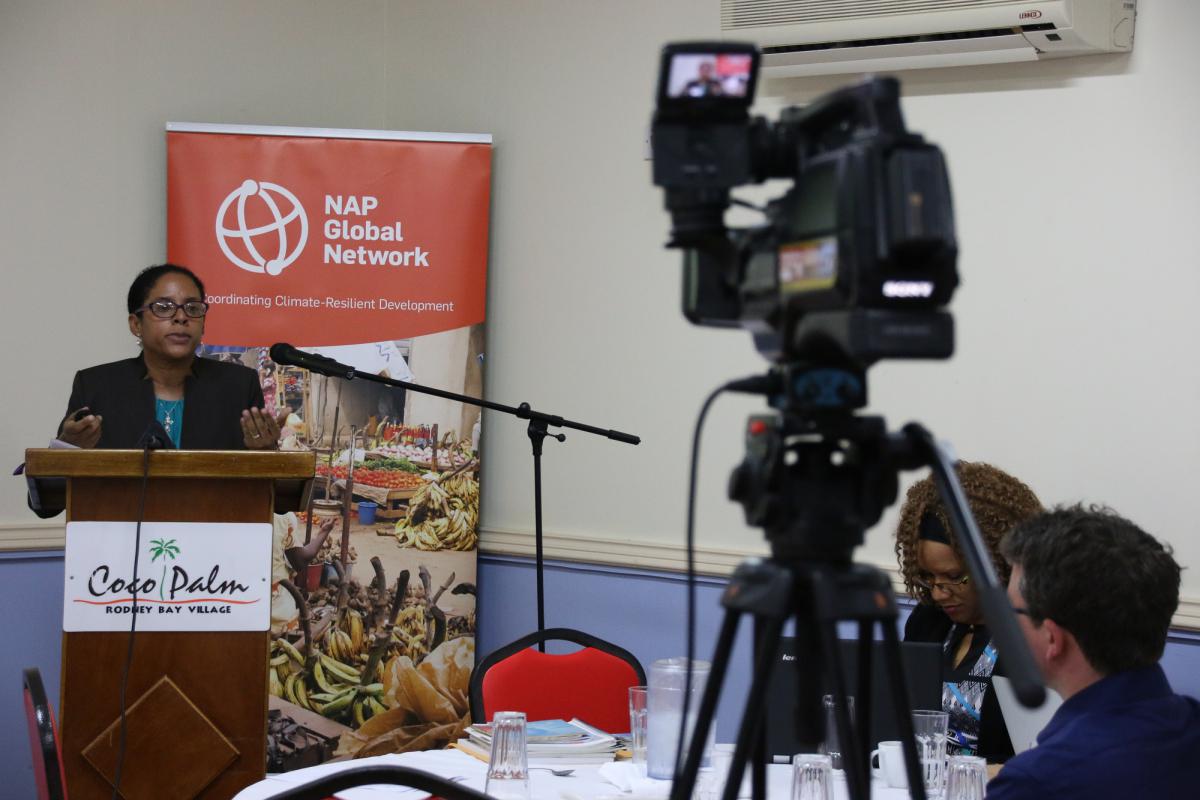 Telling evocative, relatable stories about adapting to climate change is no simple task. But as Valerie Leon, Permanent Secretary of Saint Lucia’s Department of Sustainable Development, noted in speaking about past extreme weather, “Our Saint Lucian media has been with us through it all.”

As Saint Lucia prepares for climate change through the National Adaptation Plan process, we hope the concrete reporting strategies that journalists raised in this workshop will help keep climate change high on the media’s agenda. As independent journalist Janeka Simon put it: journalists have a key role to play in ensuring there is “sufficient traction on climate change action.”

Read coverage of this event in The Voice Newspaper and watch coverage by MBC News.

Climate Security and Peacebuilding in a Time of Converging Crises

While rarely in and of itself a sole driver of violence, climate change impacts can exacerbate traditional drivers of conflict. The international community must come together to help.

While climate change and the biodiversity crisis are driving demand for nature-based solutions (NbS), the National Adaptation Plan (NAP) process can encourage and strategize the use of nature-driven solutions like ecosystem-based solutions (EbA).

How does Canada stack up when it comes to climate policy in agriculture?