Listening to Local Voices: What makes adaptation unique in the agriculture sector?

Achieving a more resilient agricultural sector is fundamental not only for a low-carbon future, but also to realize developmental goals related to the eradication of poverty and hunger, while learning how to better cope, adapt and transform in the face of climate change impacts.
Share this page: 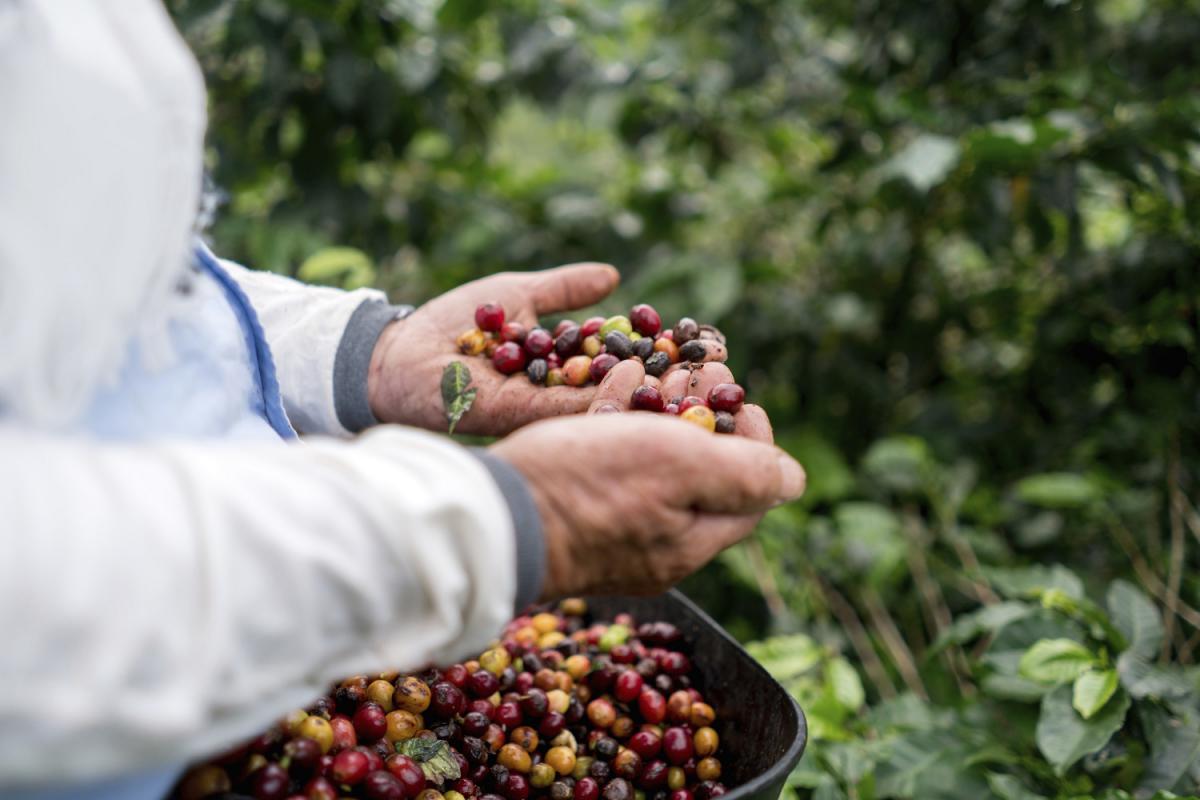 We reached the upper part of the mountain on a cloudy afternoon, just as the rain had started to recede. Salvador Diaz, a Colombian coffee producer with a small plot of land, greeted us with a smile and a strong handshake. He had agreed to meet us to discuss the impacts of climate change and variability in the region, and to shed some light on the way in which small agricultural producers are adapting to changing conditions and growing uncertainty. His testimony, a local narrative of change, was crucial to understanding the complex environment within which adaptation takes place.

Very soon into the conversation, it became evident that the impacts of climate change and variability had had a deep impact on Mr. Diaz’s livelihood, and on the way in which he perceived his own vulnerability. As he explained:

“The weather is what influences our livelihood the most…70 per cent of this municipality depends on coffee, so climatic variations affect a lot of the coffee varieties, the occurrence of plagues and diseases…of every crop in general. The climate...has a direct impact. And it has changed. In the past, the crops were so good because we had 6 months of summer and 6 months of winter…Older people like me are witness of that.…Particularly in the last four years, the weather has been more disorganized…crazy.”

He talked about increasingly unpredictable “summer” and “winter” periods, and of “extreme conditions” during those cycles, which have direct effects on the farmer’s vulnerability:

“This area has been affected by climatic variability, of course…it's a mountainous area, so there are a lot of landslides in all the farms; even houses have been destroyed due to the winter.…There are several farms that have been isolated by the landslides for more than two months.…There is a caserio[1] that can not be reached by car or by motorbike…so the people have to go there walking or by horse”.

Feeling vulnerable and at risk in the face of climatic manifestations plays a role in shaping local behaviour, and can be key in the decision to undertake (or not) adaptive actions. 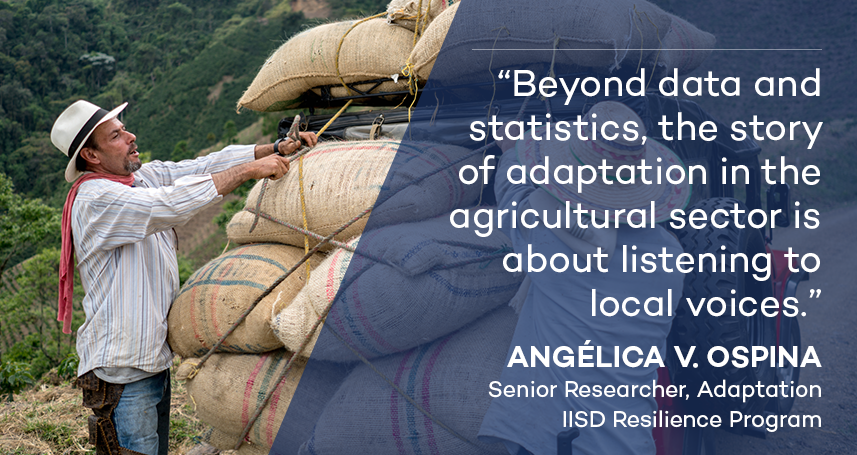 But are these perceptions, along with the urgency of the need to adapt to climate change, unique to the agricultural sector? The answer is: not necessarily. However, there are important factors that, when considered together, distinguish adaptive approaches in this sector.

What characterizes adaptation processes in the agricultural sector?

According to the FAO, climate-related disasters disproportionately affect food-insecure, poor people—over 75 per cent of whom derive their livelihoods from agriculture. But beyond data and statistics, the story of adaptation in the agricultural sector is about listening to local voices.

In the agricultural sector, adaptation has a tangible “human” component: it affects the individual producer, his or her family, and the livelihoods of millions of men and women around the globe. It involves both short- and long-term changes that need to be undertaken by the majority of the world’s rural population, precisely the most vulnerable to the impacts of climate change.

Achieving a more resilient agricultural sector is fundamental not only for a low-carbon future, but also to realize developmental goals related to the eradication of poverty and hunger, while learning how to better cope, adapt and transform in the face of climate change impacts. 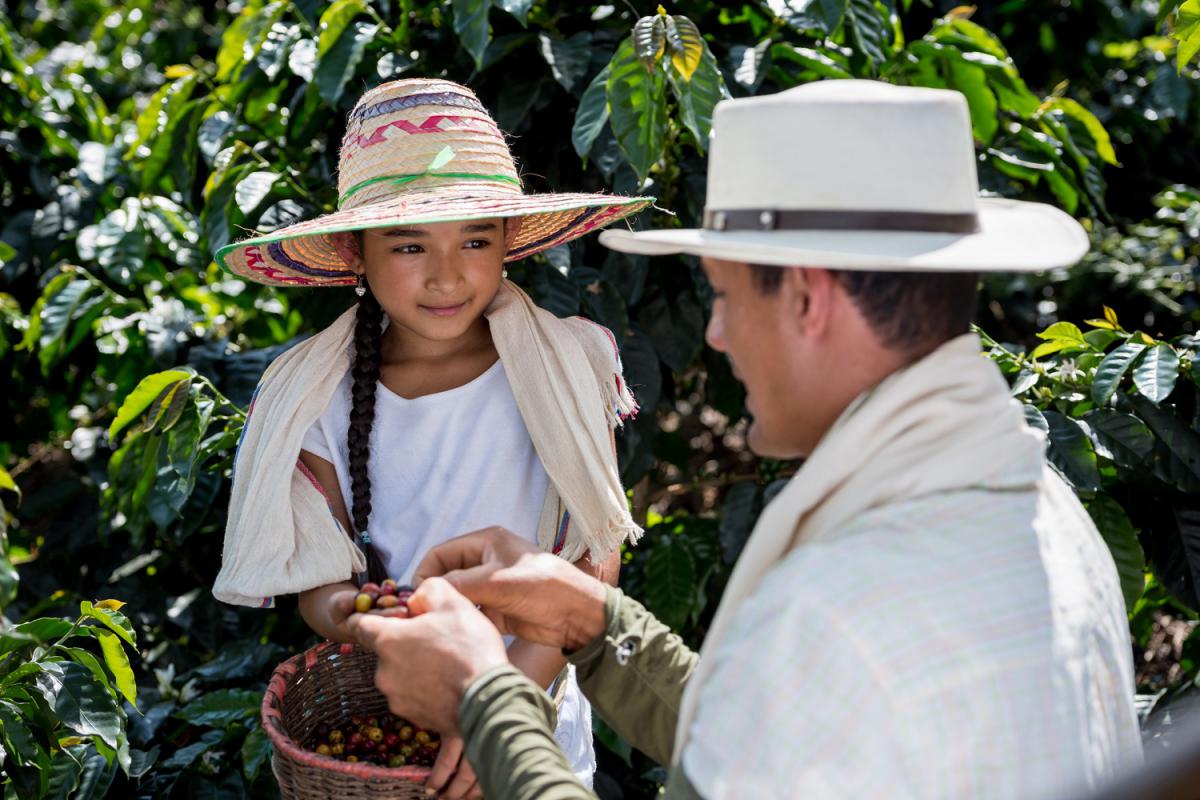 [1] Caserio is a Spanish term that refers to small groups of houses located in rural areas, and constitute the smallest form of collective settlements.

How should Canada finance infrastructure in an era of climate breakdown?

Government and its critics agree infrastructure needs to be built for a changing climate, but a debate about how to finance it will prove pivotal to the type of infrastructure Canadians get.

Gender-Responsive Resilience Building in the Caribbean

Our report on knowledge, attitudes, behaviours, and practices increases understanding of gender-related perceptions and biases and how they play out in coordination mechanisms for climate change adaptation and disaster risk reduction.

A key factor for the success of ecosystem-based adaptation (EbA) initiatives is the active integration of gender considerations. By working to address gender and social inequalities, EbA initiatives can be more effective and more sustainable.

The record heat wave that swept across Western Canada in late June caused hundreds of fatalities and left houses and infrastructure smouldering in ashes.