Building Back Better Is the Right Thing to Do. It Also Makes Good Economic Sense.

Canada must focus on building back better in order to set us on a path toward net-zero emissions and even greater economic growth.
Share this page:

Like its G20 peers, the Government of Canada has swiftly implemented significant relief measures in response to the COVID-19 pandemic. The initial wave of rescue spending has, as it rightly should, focused on keeping businesses and people alive.

Decision-makers in Ottawa have made smart decisions already, choosing to invest in environmental clean-up and emission reduction projects that put people to work while having a positive impact on the environment.

But what happens next, in the recovery phase of stimulus spending, could either lock us into a system from which there is no escape or set us on a path toward net-zero emissions and even greater economic growth, a finding reinforced by a new report released today.

A new study finds that "recovery packages that seek synergies between climate and economic goals have better prospects for increasing national wealth."

The researchers catalogued over 700 stimulus policies into groups and completed a survey of 231 experts from more than 50 countries, including senior officials from finance ministries and central banks. Based on the survey results as well as lessons from the 2008 financial crisis, the economists found that “green projects create more jobs, deliver higher short-term returns per dollar spend and lead to increased long-term cost savings, by comparison with traditional fiscal stimulus.”

The report zeroes in on five policies that can have a large return on investment, be enacted quickly, and have a strongly positive impact on climate. These are: 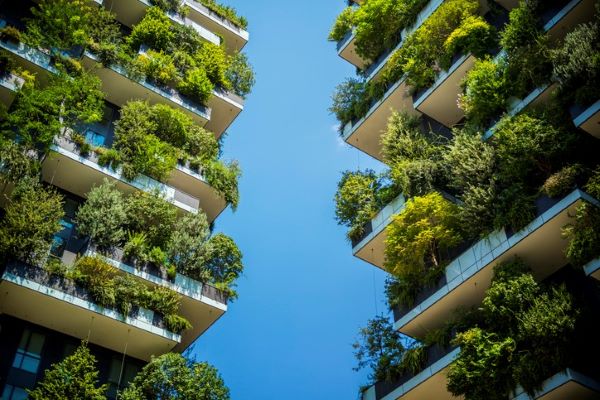 For Canada, these findings are especially relevant, given the collapse in oil prices and the pressure from industry groups to loosen requirements on federal infrastructure spending. But as today’s report shows, a smarter economic recovery is one that delivers both immediate and long-term economic and environmental benefits.

Today’s report underscores the fact that governments can tackle the global economic shock of COVID-19 while simultaneously addressing climate change.

In addition to the substantially higher job-creation effects of investing in green infrastructure and renewable energy, the report notes that green economic recovery investments have stronger longer-term economic multiplier effects, notably in investing in high-productivity economies of the future.

Today’s report underscores the fact that governments can tackle the global economic shock of COVID-19 while simultaneously addressing climate change. It reinforces the recent economic advice of the International Monetary Fund that all governments should embrace a green economic recovery, as well as yesterday's statement by financial institutions about keeping a razor-sharp focus on scaling up investments in low- and zero-carbon pathways.

The choices we make now can set the course for a more prosperous and sustainable future. That choice is ours, Canada.

The Cost of Plastic Pollution: How economic instruments can address recovery and prevention

The problem of plastic pollution is gaining increasing attention from the media, from politicians, from scientists, from environmentalists, and, hopefully, from the public. However, unlike the problem of climate change for which our technological and business communities are presenting numerous partial solutions which taken together are likely to make a very big difference, there is relatively little being put forward on meaningful solutions for our plastic problems.

This brief is the fifth and final briefing of the IISD's series Achieving a Fossil Free Recovery in Indonesia. It looks at how the Government of Indonesia can make sure its energy transition and recovery are based on the principles of a just transition.

As the global clean energy transition gathers pace, six emerging economies need to start adjusting their fiscal policies now to account for declining fossil fuel use—or risk a USD 278 billion gap in revenues by 2030, according to a new report by the International Institute for Sustainable Development.

Emerging economies need to plan for major reductions in fossil fuel revenues during the clean energy transition and find new sources of income.