When we talk about solving the climate crisis, we should have more than just a technical lens; we should also be talking about compassion, grief, fear and hope.
Share this page:

A version of this op-ed was originally published in Portuguese by “A Tarde” newspaper from Salvador, Brazil, on August 19, 2019. Reprinted with permission.

This week, people from all over Latin America are gathering at an event supported by the United Nations Framework Convention on Climate Change (UNFCCC) in Salvador, Brazil, to discuss—and hopefully act on—the climate crisis we are all experiencing, a crisis that increasingly defines our day-to-day lives as it threatens and destroys the delicate ecosystem we inhabit.

Two themes are emerging from the ongoing dialogue at this event.

First, our collective efforts to adapt to the effects of climate change are well-intentioned – but they aren’t happening fast enough.

At its simplest, adaptation means taking action to maintain or improve our current state of well-being in the face of new challenges to our natural surroundings. Examples of adaptation could include collecting rainwater when there is a water shortage, or forming neighbourhood groups to share knowledge and find solutions to collectively protect local elderly from higher temperatures.

Adaptation and mitigation (reducing greenhouse gas emissions) are what governments and people around the world are currently doing to try to control the climate crisis – both are important pursuits, but the pace of these projects and initiatives isn’t matching up with the pace of global warming. 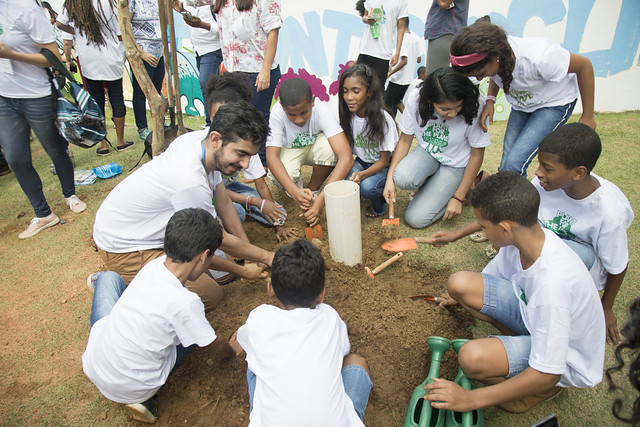 Second, we must reimagine a new world for ourselves and future generations, understanding that it will be different than the one in which our parents and even our ancestors were raised. Climate change isn’t selective in who it punishes; it doesn’t see borders and it doesn’t favour one government over another. Its effects will affect everyone on the planet, and we must acknowledge that, at this point, there is no returning to “how things used to be.” That said, going forward will be difficult.

As we transition from our current state to this new future state, we must acknowledge the emotional aspect of this – the feelings of loss, guilt, or insecurity that might arise, but also the potential for freedom, new perspectives, and the excitement of being responsible for creating a new vision for how to be.

The process of making this new vision a reality will need to be collaborative but also confrontational, and undoubtedly messy – because despite the climate crisis being an unprecedented emergency, governments and corporations are largely responding as if it were a familiar challenge we’ve faced before that can be resolved with a few good inventions and improved technologies. Except it won’t. And this will soon become abundantly, uncomfortably clear. 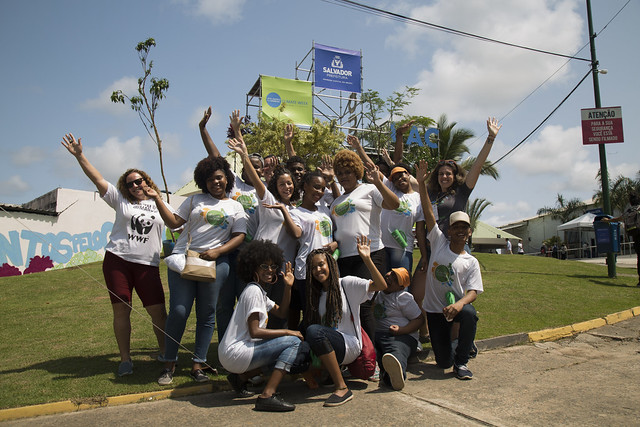 One way we can make the transition a little less bumpy is by ensuring we are listening to the voices of young leaders with new ideas for how people can live more sustainably, and to indigenous communities where sustainability has already been woven into every aspect of living. These voices, in scientific circles, have thus far been considered “non-technical” (implying they are not knowledgeable) and hence unfit to contribute to shaping a new future, which has only hurt our progress.

The old model of addressing, and adapting to, the climate crisis has been about prioritizing tech-focused and engineering projects while silencing ideas that posit that the solution is equally dependent on humans behaving and interacting differently among ourselves and with the environment. The old system, which still reigns, has failed to produce a vision of a future that benefits the majority of people or ecosystems.

It is no surprise, then, that the adaptation actions resulting from this paradigm are often one-sided, driven by interests and knowledge foreign to the large majority of those inhabiting this planet. Today’s climate crisis reflects those institutional arrangements and the social and environmental injustices they promote.

Our planet demands deep-rooted change, and that requires everyone’s contributions. Knowledge has many faces and languages, not just those spoken by people and institutions in positions of power. When we talk about solving the climate crisis, we should have more than just a technical lens; we should also be talking about compassion, grief, fear and hope.

All Hands on Deck: Mobilizing our climate community for COP 26 and beyond

The Glasgow talks can send an important signal of whether the Paris Agreement can serve as an effective catalyst for countries to keep a 1.5° Celsius pathway within reach.

This report provides an overview of the current economic, social, and climate (mitigation and adaptation) trends in Ethiopia, as well as projections based on modelling.

This report provides an overview of the current economic, social, and climate (mitigation and adaptation) trends in Malawi, as well as projections based on modelling.

This report provides an overview of the current economic, social, and climate (mitigation and adaptation) trends in Nigeria, as well as projections based on modelling.