Most of us lack baseline data about our ecosystems, which makes it difficult to recognize changes and detect early warning signs. Enter citizen science.
Share this page:

The recent unnerving report by the Intergovernmental Panel on Climate Change (IPCC) showed that time is running out to avoid the rapid, oncoming and serious consequences of global warming.

While the jury is still out on whether our efforts can keep warming below 1.5 C, what is clear is that every scientific report, database, case study and anecdote about our warming planet has provided evidence to encourage us to take action. But across the world, most of us lack baseline data about our ecosystems, which makes it difficult to recognize changes and detect early warning signs.

According to a recent survey commissioned by the RBC Foundation, Canadians are proud of our freshwater lakes and rivers: 45 per cent say it is our most important natural resource. Canada holds nearly 20 per cent of the planet’s freshwater, but we know very little about our lakes and rivers, which makes it difficult to determine how to best protect our water.

In fact, WWF-Canada recently concluded that 14 of Canada’s 25 major watersheds are insufficiently monitored to assess the overall health of our ecosystem. This needs to change.

From our office in Winnipeg, we have been gazing longingly at a new initiative called Atlantic DataStream. It’s a platform for community groups, government officials and citizen scientists to archive and share their measurements of water quality from lakes and streams scattered across the four Atlantic provinces. Citizen science engages local volunteers to collect data about their surrounding environment in the name of science. 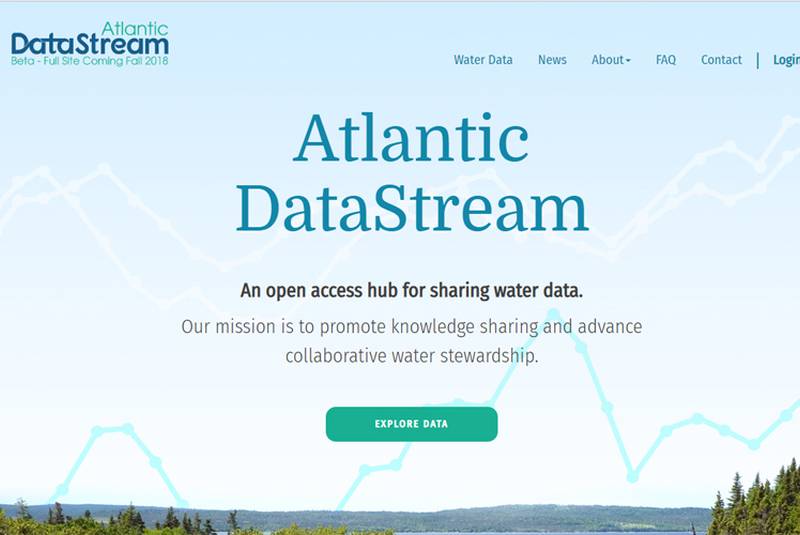 This platform helps communities take action in their own backyards, by housing data and most notably, opening it to the public, with features to explore water trends (even without experience combing through file servers or using complicated plotting software).

Atlantic DataStream has even gone a step further by integrating blockchain technology into its platform to create trust between those collecting data and those using it. This technology encodes a fingerprint into each dataset upon uploading, allowing citizens to track use of their data and users to ensure data has not been altered. This feature, along with other technological advancements, encourages governments to use citizen science research to fill data gaps and inform decision-making.

This is a unique and collaborative initiative to reduce data deficiency and engage citizens. Holistic, accessible and understandable data informs citizens and decision makers, ultimately leading to smart decisions for a better planet.

The IPCC report resonated through our communities – grabbing headlines and sparking debates – because decades of modelling and centuries of observations allowed experts to address and project the future of the planet. It’s the fruit of massive, worldwide collaboration.

Unlike the climate in general, we don’t know or share enough information about our freshwater to project its future.

Projects like the Atlantic DataStream do not just demystify science; they open it up to local communities to create and share essential data about our water, so that we can all make informed decisions and safeguard a sustainable future.

This article first appeared in The ChronicleHerald on November 14, 2018.

Project
Financial Technologies and the Environment

Harnessing the Flow of Data: Fintech opportunities for ecosystem management

How Can Blockchain Improve Sustainability in Mining?

Companies interested in sustainability and transparency are starting to use blockchain to trace materials back to their sources.

What Effect Will Automation Have on the Environment?

We know automation will change or eliminate jobs, but what impact will it have on energy use, natural resource use and the environment?

We asked four members of our Winnipeg team how they would tackle some of Winnipeg’s most pressing issues: This is what they came up with.