The best city list ranks 140 cities globally, but factors of methodology and cost for data are limiting factors in realizing the full benefit of such an index.
Share this page:

Lists such as the GLI cause a lot of buzz. They are a source of pride for citizens and present marketing opportunities for cities in top-ranking positions.

The true benefits from such an index cannot be realized, however, because the proprietary methodology and steep cost for the data used to calculate the rankings limit its usefulness for the communities on the list. The power of data lies in its ability to inform decision making and to enhance the accountability of decision-makers. When leaders and citizens access open, community-level data based on a broad range of well-being indicators, policies and decisions can be made in an informed manner.

When data is open, communities can make decisions that impact livability. 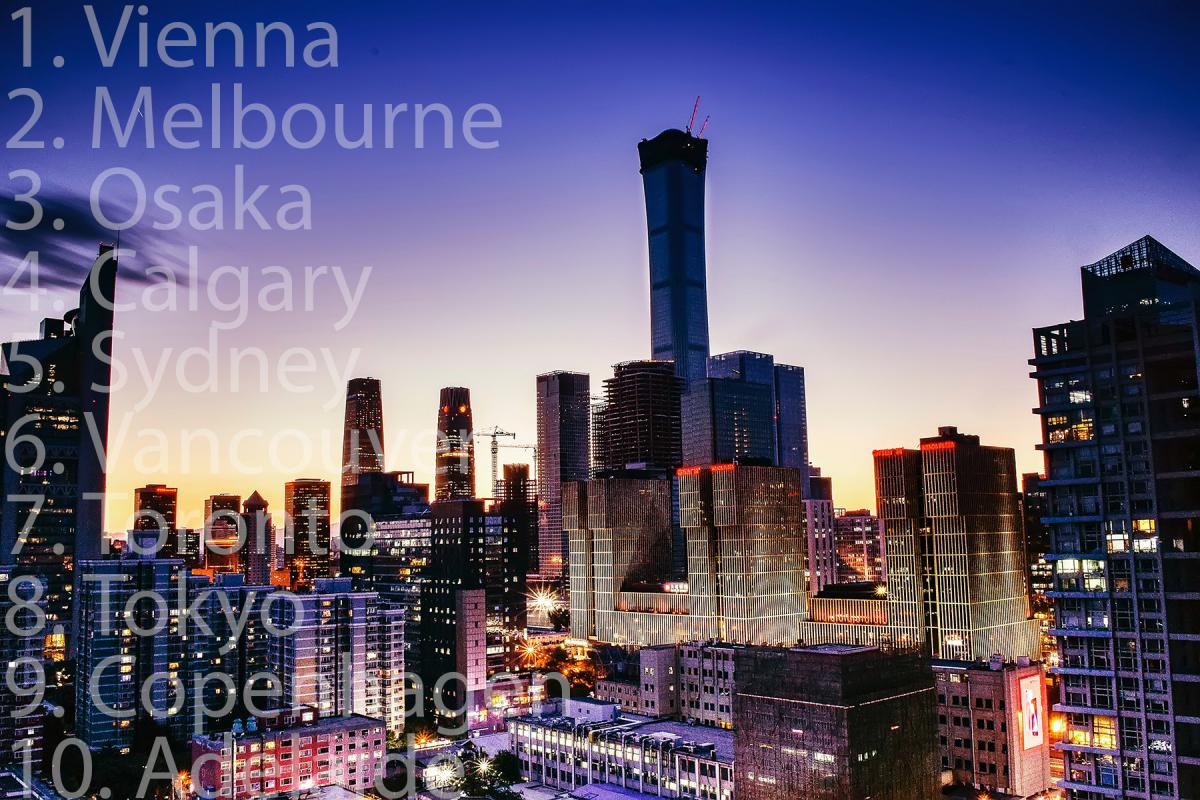 Almost three years ago, in September 2015, United Nations member states adopted a framework for addressing shared challenges. The 17 Sustainable Development Goals (SDGs) and their 169 targets provide the global community, national governments and local actors alike a guide for action until 2030.

The SDGs address challenges that both rich and poor countries face, such as climate change, poverty and hunger, as well as the need to innovate for the jobs and workforce that will drive us forward in the 21st century. A key feature of the SDG framework is that it is measurable. Over two hundred indicators are used to track implementation and to provide information about where progress remains slow and where complementary, or competing, targets may exist.

While the primary responsibility for reporting of data to identify progress in achieving the SDGs is made at the national level, cities around the world are recognizing the value of tracking their own progress against the SDGs. This July, during the United Nations High-level Political Forum on Sustainable Development—where states convene annually to assess their progress on the SDGs—New York City stepped up as the first municipality to formally present their plan, and progress, in implementing the SDGs through a Voluntary Local Review.

Likewise, citizen groups and regional-level governments are recognizing the value of localizing the SDGs, including by collecting and using data to drive decision making. Winnipeg’s Community Indicator System, Peg, is the first of its kind in Canada to connect local indicators to the SDG framework and report transparently on the city’s progress. South of the border, a number of U.S. cities and states are also tracking progress, including Baltimore, San Jose and the State of Hawaii.

While the release of the annual GLI provides brief bragging rights for cities that have been ranked above their peers, open, local data is the best way to encourage real progress. As the social, environmental and economic issues that cities face become increasingly complex and urgent, open data enables more transparent, measured and targeted decisions that can push new innovations, with results that leave no one behind and have lasting impacts for citizens’ quality of life.

Voluntary Local Reviews of Progress on the Sustainable Development Goals

A practical guide and resource list to help Canadian communities report on local progress toward the Sustainable Development Goals.

A new 98-page report highlights some of the inequities well-known by Winnipeggers when it comes to the suburban-downtown divide. A Voluntary Local Review of Winnipeg was published recently and submitted to the United Nations by United Way Winnipeg and the International Institute for Sustainable Development. The report is one of the first of its kind In Canada — Kelowna, B.C., was the first in the country to submit the report — and shares Winnipeg’s progress towards localizing sustainable development goals or "SDGs."

2019 Our City: A Peg Report on Winnipeg and the Sustainable Development Goals

The Peg report 2019 Our City is a window into how Winnipeg is progressing and where we need to focus more energy to move toward targets set by the United Nations’ Sustainable Development Goals (SDGs).

Our City: A Peg Report on Sustainability

Winnipeg is changing. Winnipeg has always been changing. The fourth edition of Our City, A Peg Report looks at Winnipeg through the lens of the three pillars of sustainability and integrates the Sustainable Development Goals.