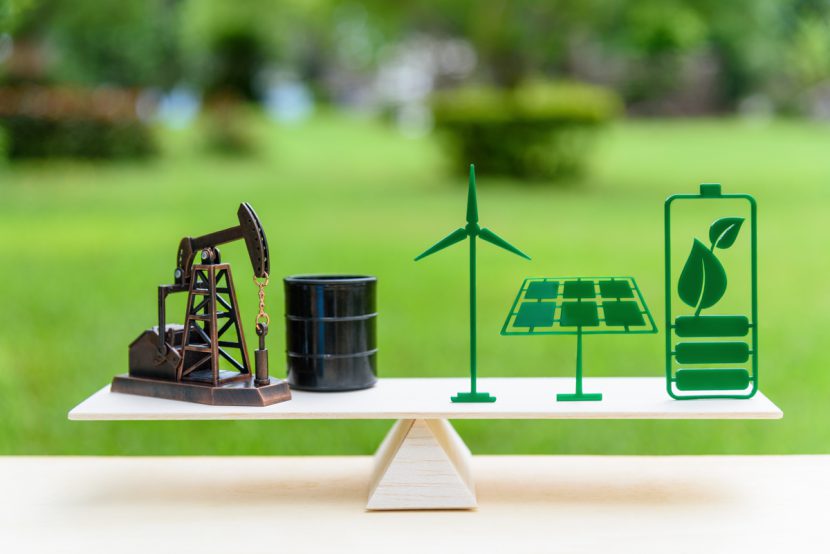 In light of the OECD’s broad public consultation on IIAs and climate change, this article draws attention to the inherent limitations of the current focus of analysis on one treaty at a time. It shows how assessing the cumulative effect of several IIAs that are concurrently in force among the same states is a precondition to both relevant analysis and effective solutions to the potential negative impact of IIAs.

The past year has witnessed a growing discussion of the barriers posed by the ECT to the energy transition away from fossil fuels, and while this article focuses on this initiative to illustrate the point, the questions raised are relevant for the investment regime as a whole. Indeed, the coexistence of several IIAs between the same parties, i.e., “spaghetti bowling,” is widespread, and ignoring it distorts any impact analysis of reform efforts, especially if these are focused on a single treaty. In addition, this situation is compounded by the prevalence of non-derogation clauses in IIAs. Under these clauses, investors are guaranteed the benefit of the more favourable provision among those applicable to them under coexisting IIAs, undermining further the effectiveness of reform efforts if undertaken ignoring the phenomenon of spaghetti bowling.

The ECT and other IIAs: one treaty to coexist with them all

The modernization or termination of the ECT has been in the spotlight for some time, and I will not engage in this discussion directly. What I want to point to is rather the fact that there are hundreds of IIAs that have remained outside of the discussion, despite the fact that they coexist with the ECT. Currently, there are 463 IIAs in force among the ECT contracting parties. In fact, the only ECT contracting parties that do not have a parallel IIA relation with any other party are the European Union and Ireland.

These treaties, mostly BITs, protect investments in general, including in the energy sector. They contain similar protection standards to those under the current ECT, as well as provide for investment arbitration. These IIAs are also mostly older-generation, “unreformed” treaties. Over 60% of them were signed before 2000 and, of those signed more recently, only 29 IIAs were signed in 2010 or later. Importantly, over 100 of these IIAs are of ECT Parties that are among the 15 most common home states to investors and, thus, whose IIAs serve as basis for investment arbitration most often too. By way of example, the Netherlands has 14 IIAs coexisting with the ECT; the United Kingdom, 25; Germany, 18; Spain, 12; France, 15; Belgium/Luxembourg, 19; Switzerland, 30; Austria. 18, and so on.[1]

Because IIAs create liability standards, having multiple IIAs coexist among the same states introduces unpredictability as to the standard of liability that will apply to the respondent state, without any offsetting advantage. This situation already should provide good reason to question the current focus on one treaty at a time as a good way of assessing the impact of the investment regime on the energy transition, among other goals. Yet, that effect is compounded by the presence of non-derogation clauses in the regime.

ECT modernization could lead to more favourable conditions for investors

In addition to the parallel standards of liability under coexisting IIAs, the ECT contains in Article 16 a so-called non-derogation clause. Article 16 of the ECT reads as follows:

(1) nothing in Part III … shall be construed to derogate from any provision of such terms of the other agreement or from any right to dispute resolution with respect thereto under that agreement; and

(2) nothing in such terms of the other agreement shall be construed to derogate from any provision of Part III … or from any right to dispute resolution with respect thereto under this Treaty, where any such provision is more favourable to the Investor or Investment.

Non-derogation clauses, such as Article 16, guarantee to investors the benefit of the more favourable among two potentially applicable provisions.[2] For example, among two formulations of the FET standard, or of indirect expropriation, the investor is guaranteed the one more advantageous of them. Non-derogation clauses ensure that a particular treaty is seen as a minimum requirement and does not affect more favourable treatment in place elsewhere, thus, under Article 16, reformed ECT provisions and unreformed coexisting IIA provisions are explicitly maintained in parallel. Yet, currently, no proposal to modify Article 16 is on the table.[3]

A non-derogation clause was introduced in the ECT draft already in 1991, without much controversy.[4] The clause’s history in the investment regime seems rather uncontroversial as well.[5] In the early days of the regime, the goal of non-derogation clauses was in line with the understanding that IIAs were setting a minimum standard of treatment that should not impede higher protection available elsewhere. However, maintaining non-derogation provisions is problematic in the midst of reform efforts that aim to offer “clearer and more precise investment protection standards … removing ambiguities that made these standards open to abuses or excessive interpretations.”[6] This self-stated goal of IIA and ECT reform almost by definition leads to formulations less favourable to investors. Keeping Article 16 in this context paradoxically means that several years of modernization efforts could result in something best described as an optional text.

Under the circumstances, one must ponder the reason for not abandoning the non-derogation clause in the ECT or replacing it with a clause that grants priority to the ECT over coexisting IIAs for energy-related investments.

Several ECT parties stand only to lose from the protracted coexistence of IIAs, compounded by the effect of Article 16. First on that list are the ECT parties that are FDI importers. Among those, the non-EU members are in a worse position, as they continue to have a larger number of coexisting IIAs in force. By way of example, Ukraine has 37 such coexisting IIAs, including with all 11 ECT parties that are most often home states of investors in investment proceedings. But EU member states from the 2004, 2007, and 2013 accession waves stand to lose as well. While their intra-EU IIAs are gradually phased out, most of them also have IIAs in force with Switzerland and the United Kingdom signed in the 1990s, both of which are also among the most common home states. To give just one current illustration, Switzerland is, for instance, the country where Nord Stream 2 AG is incorporated.[7]

At first glance, there are ECT parties that may also gain from a modernized ECT that maintains Article 16. These are, in the first place, the EU and Ireland that do not have coexistent IIAs. More important in terms of numbers are the EU14 countries, Switzerland, the United Kingdom, and Japan. Those parties would have only the modernized ECT as an IIA linking them to other ECT parties from which they import FDI. Indeed, based on past cases and information on FDI flows, these countries are each other’s sources of FDI and have traditionally not concluded IIAs with each other. Even if they continue to have other coexisting IIAs, in practice, the ECT is the only instrument under which they are likely to incur liability.

One, some would say cynical, appraisal of this situation would suggest that it is the result of a calculated move. These ECT parties shield themselves from investor claims while they keep their “unreformed” IIAs with other ECT parties at the disposal of their own investors, i.e., they knowingly set two different levels of liability, one for themselves and one for others. The fact that the European Commission refers to Article 16 in its amicus curiae submissions to investment tribunals suggests that it is aware of this provision and its possible interpretations.[8] In turn, its inaction despite this knowledge can be read to support the cynical appraisal.

An alternative assessment would instead see the current situation as an oversight, justified by the fact that coexisting treaties and non-derogation clauses have attracted little attention in the literature and policy debates. The fact that the EU consistently terminates member states’ IIAs with treaty partners when entering into IIAs[9] such as the CETA, may in turn be seen as evidence in favour of this reading.

Only time will tell where the truth lies. However, if the effect of the modernization of the ECT championed by the EU is to create different levels of liability favouring many of its own member states to the detriment of other ECT parties, the reason behind it would do little to soften the blow to the Bloc’s credibility as a champion of IIA reform. So, in the end, the ECT parties that gain in the short term are also likely to lose by not considering the combined impact of coexisting IIAs.

Importantly, and even though the combined effect of IIAs in force between the same states is rarely mentioned, the analysis above is relevant beyond the ECT.

Indeed, even if the ECT coexists with the highest number of other IIAs, the issue of spaghetti bowling is much broader. As UNCTAD reports, 141 out of 167 broad economic treaties with investment provisions coexist with at least one other IIA.[10] Analyzing the Asia–Pacific region, Wolfgang Alschner similarly shows that ASEAN countries commonly have three or more IIAs in force in parallel among themselves.[11]

Finally, just as in the context of the ECT, all states risk losing when they assess the impact of these treaties with a focus on the features of each individual treaty, rather than the coverage that they provide together.

Dafina Atanasova is a lecturer at the Master in International Dispute Settlement (MIDS), a joint program of the University of Geneva and the Graduate Institute (IHEID), Geneva.

[1] For EU member states, these numbers exclude intra-EU BITs, in view of their progressive phasing out, even certain of them may still be in force. Source of raw data: UNCTAD. IIA Navigator. https://investmentpolicy.unctad.org/international-investment-agreements

[6] European Commission. (2013). Investment Provisions in the EU-Canada Free Trade Agreement (CETA), 1. https://trade.ec.europa.eu/doclib/docs/2013/november/tradoc_151918.pdf. The same goal underlies the EU’s participation in the negotiations for the modernization of the ECT. According to the European Commission “The EU’s objective is to ensure that the ECT reflects modern investment standards, such as the ones pursued through the EU’s reformed approach on investment protection.” https://ec.europa.eu/trade/policy/accessing-markets/investment/

[12] Both UNCTAD Mapping IIA Content (https://investmentpolicy.unctad.org/international-investment-agreements/iia-mapping ) and EDIT (https://edit.wti.org/document/ttt/search ) Databases do not distinguish between non-derogation clauses that apply to both international and domestic norms of the host State and those that only apply to domestic ones.